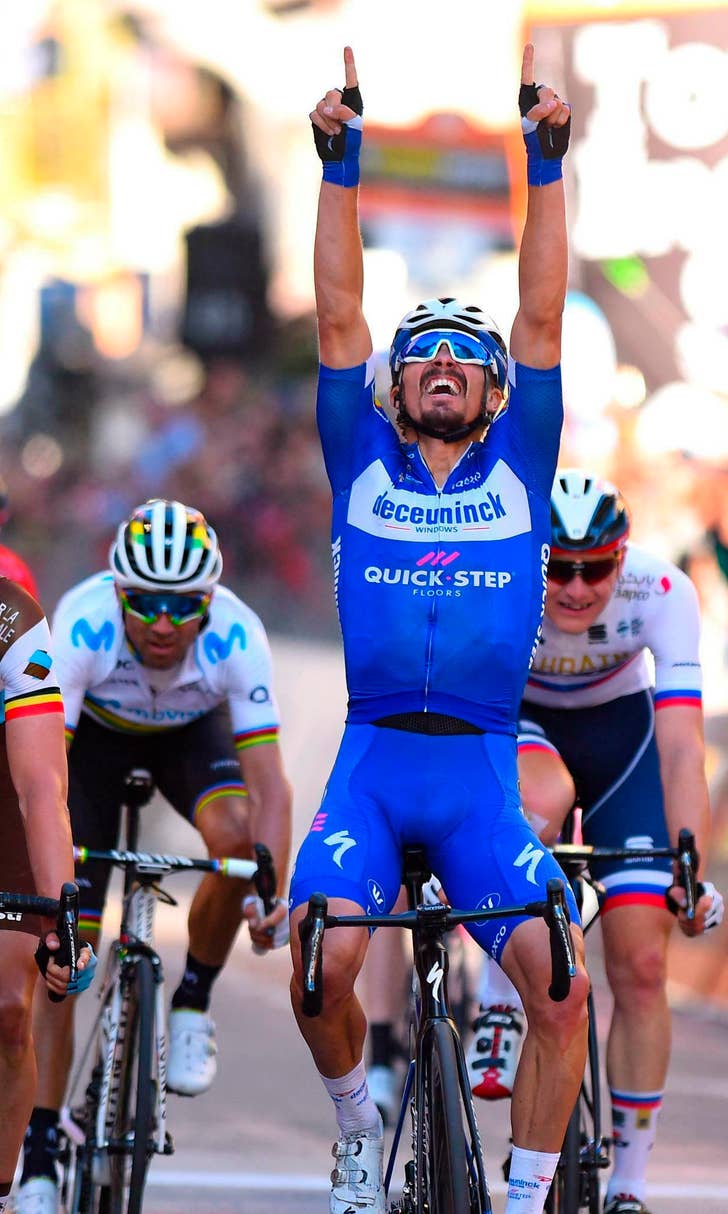 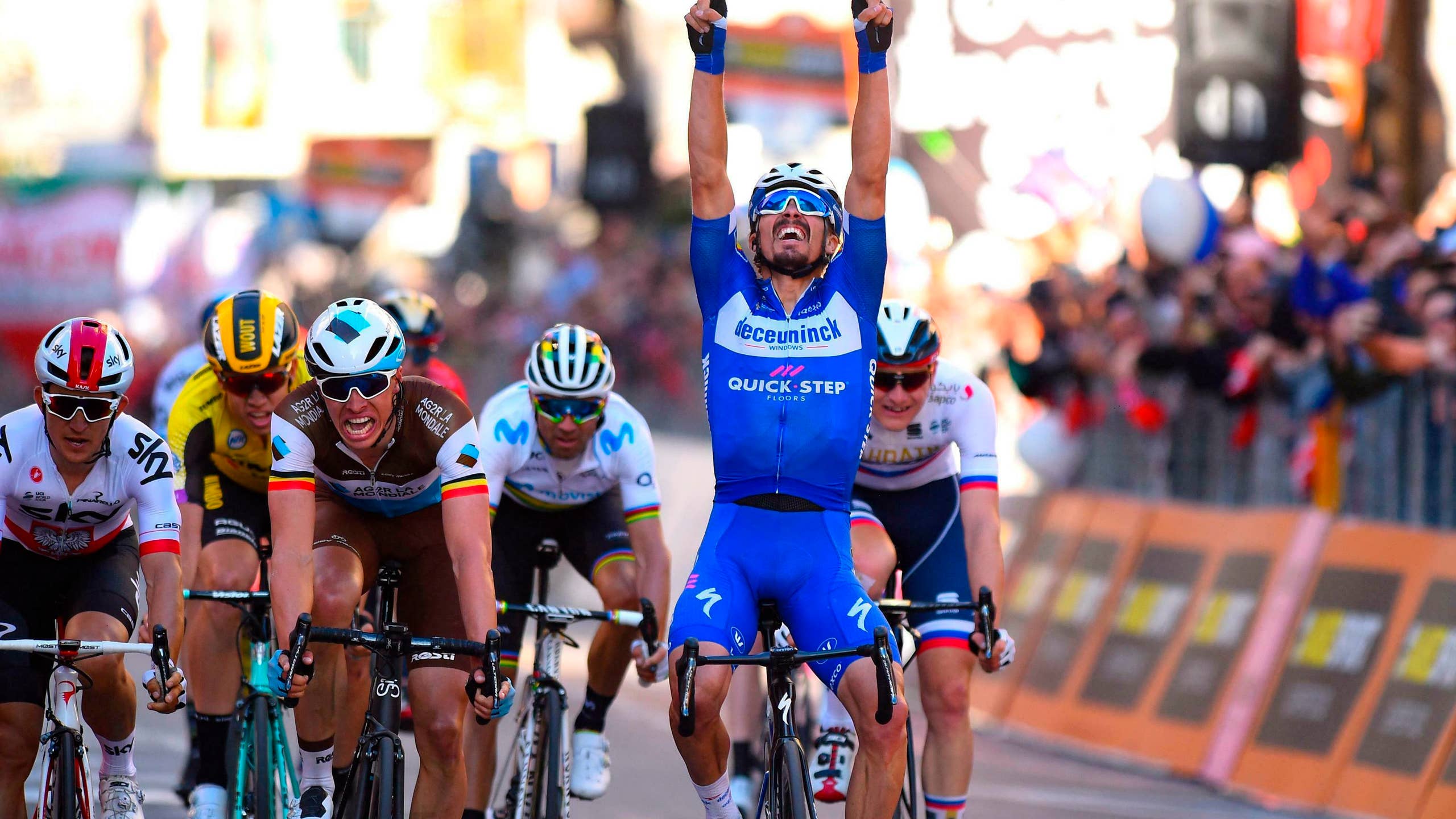 Alaphilippe, who rides for the Quick-Step team, edged Oliver Naesen of AG2R and Michal Kwiatkowski of Team Sky in a 10-man sprint at the end of the 291-kilometer (181-mile) route along the Italian Riviera.

It was Alaphilippe's seventh win this season, adding to his Strade Bianche title this month and stage wins in the Vuelta a San Juan (2), Tour of Colombia, and Tirreno-Adriatico (2).

Alaphilippe attacked on the final climb up the Poggio and was followed by a small group of other elite riders to set up the sprint. He finished with a time of nearly seven hours.

"I will need some time to realize what I have achieved today," Alaphilippe said. "We made the race hard and I stayed focused. ... I made no mistake. It's unbelievable."

Fausto Masnada, the last remaining rider from an early 10-man breakaway, was caught with 25 kilometers to go.