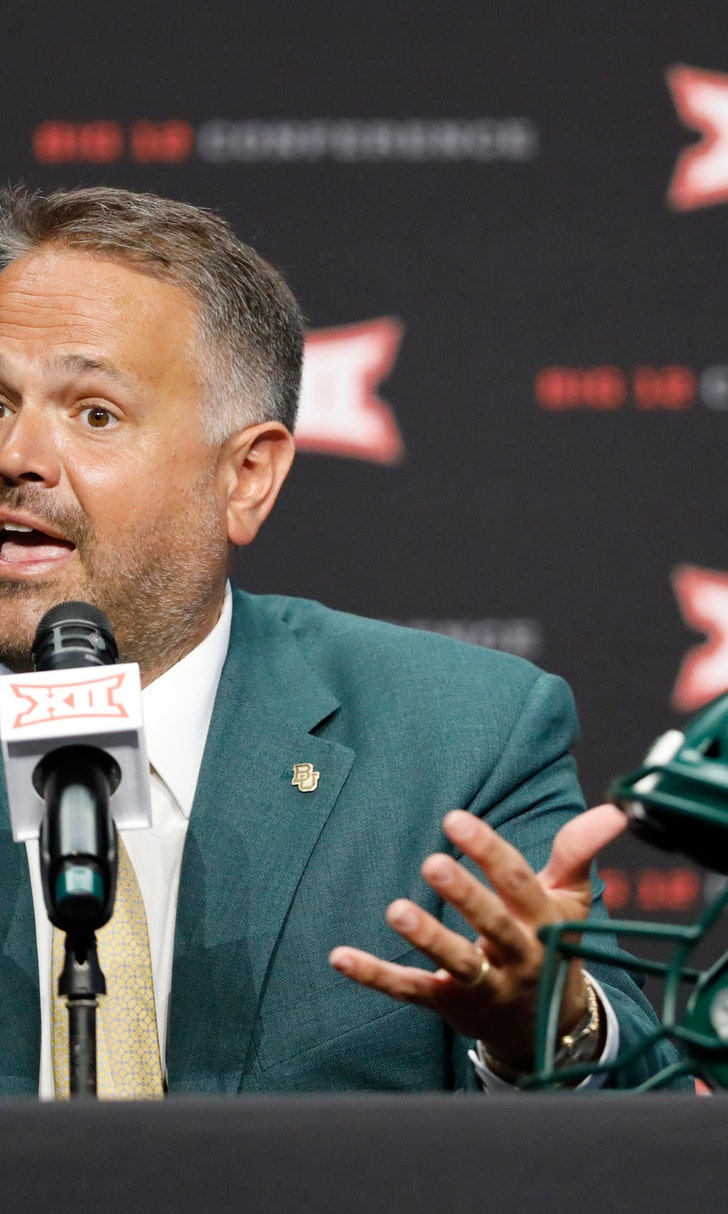 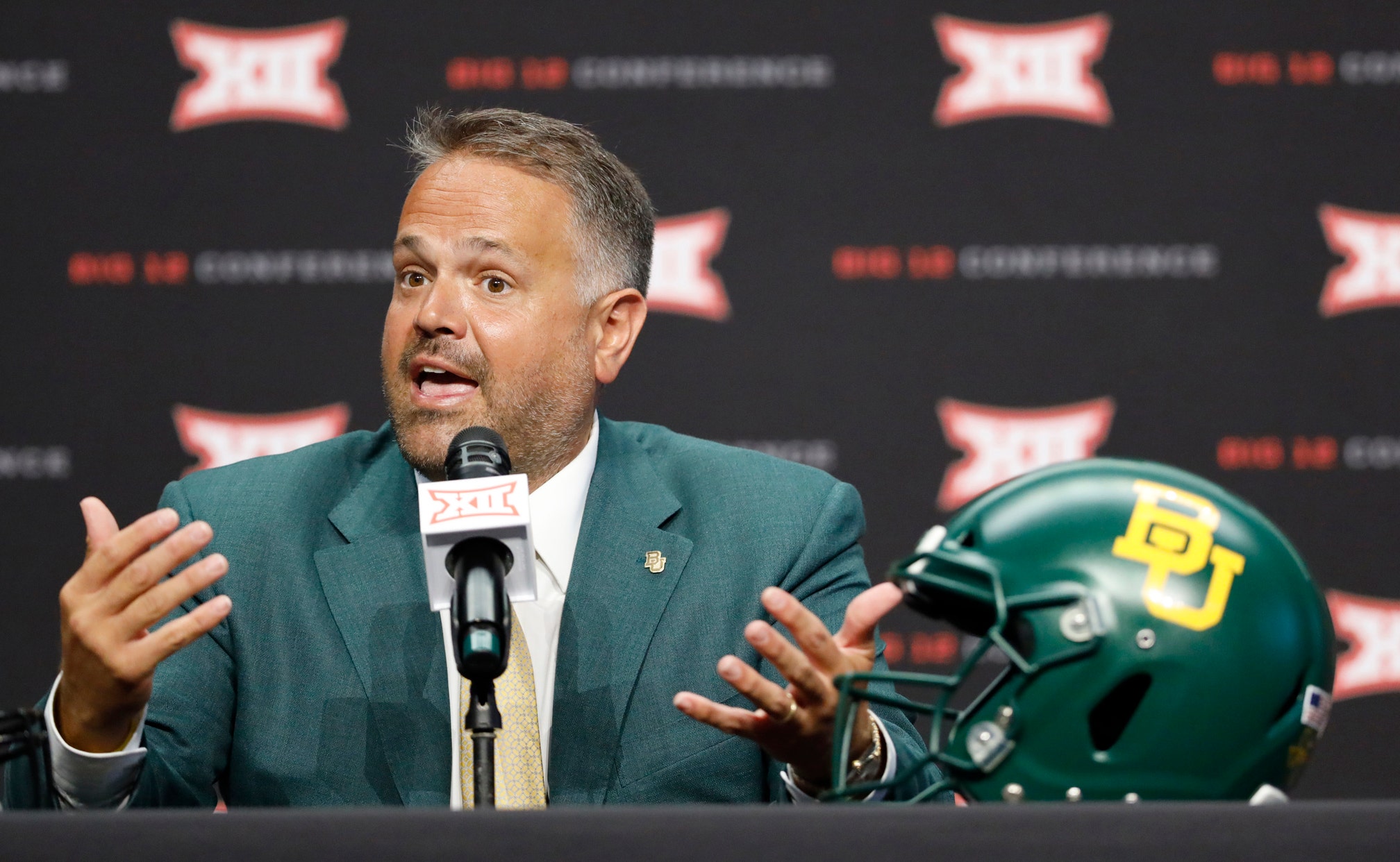 WACO, Texas (AP) — Matt Rhule knows all about the Big 12 schedule that is ahead for Baylor, including those big home games against Iowa State, Oklahoma and Texas that will certainly get everybody excited.

What Rhule wants going into his third season is for his Bears to focus on themselves and the immediate task ahead of them. They play FCS team Stephen F. Austin in their season opener Saturday night.

"I want our guys to be focused on us, and the things that we do and the level that we play at," Rhule said. "You understand that there's a natural human element that is going to get excited about certain games. But as a coach, you have to fight that, because ... People say we were 7-6 last year. They don't say well they beat these guys, they lost to these guys."

But they certainly would remember if the Bears lost a game they are expected to win, like the opener on the banks of the Brazos River against SFA long before the Cyclones, Sooners and Longhorns come to town.

Stephen F. Austin is playing its first game for new coach Colby Carthel, who was 59-18 with a Division II national championship the past six seasons at Texas A&M-Commerce. The Lumberjacks are coming off a 2-8 record, their worst since a winless 2007 season.

After winning only once in Rhule's debut season in 2017, the Bears' six-win improvement last season capped by a bowl victory matched Florida and Syracuse for the best among Power Five teams.

Baylor has won all four previous meetings against Stephen F. Austin without allowing a single point. The Bears have outscored them 201-0, including 48-0 in Waco eight years ago at Baylor's former stadium in the only series meeting since 1947.

Rhule said his team has worked hard and been competitive while eliminating distractions during preseason practice. He said the Bears also tried to add in discipline on the field.

"That first game is always hard. You don't really know what you have until you get out there," he said while also mentioning the Florida-Miami opener filled with penalties, sacks, turnovers and other mistakes. "All those things, the things that get you beat. I would be sad if that happened. I think that we look like a team that's not going to beat ourselves, but we have to actually go out there and do it."

Carthel got to recruit quarterback Trae Self twice, and got him the second time around. When Self was coming out of high school, he bypassed a Division II offer from Carthel. Self instead went to Butler Community College, where he redshirted in 2017 before starting for an 8-4 team last season. When Carthel offered again at SFA, Self moved back to Texas.

"He has a big arm. He can make plays with his legs, and he's a natural leader," Carthel said.

Jake Blumrick, SFA's starter last season, still had that role in spring drills but is no longer playing after two back surgeries.

Baylor junior quarterback Charlie Brewer has started 16 of his 21 games. His 4,581 yards passing are already 10th in school history. He has thrown 30 touchdowns and 13 interceptions. ... Stephen F. Austin hasn't won a season opener since 2012. ... Baylor's roster has 14 college graduates, including three graduate transfers.