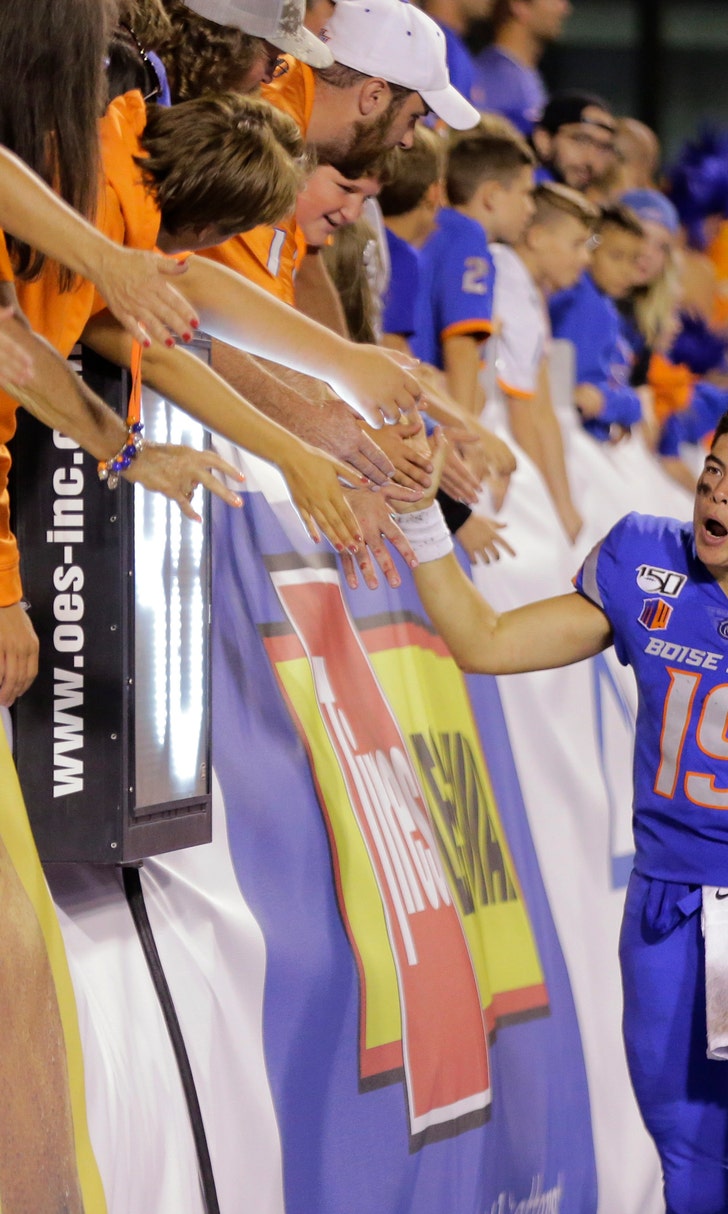 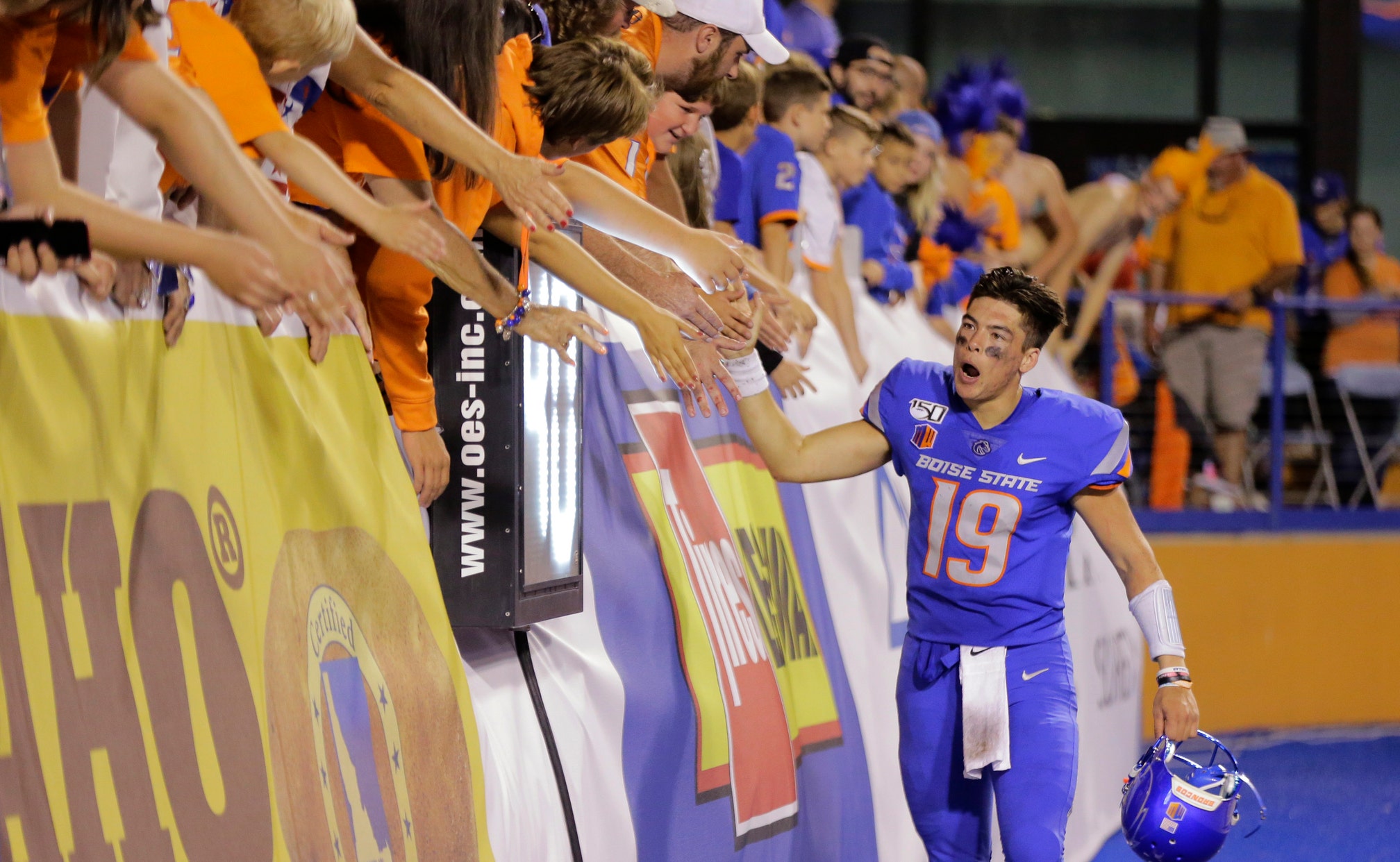 Usually when Boise State is getting attention, the focus first goes to the offense and whoever the quarterback is at the time.

That's been the case again this year with freshman Hank Bachmeier earning the starting nod and shining in the season-opening win over Florida State. But the 22nd-ranked Broncos' defense should also be getting its share of the attention, especially after what it did in last week's victory over Marshall.

The Broncos (2-0) get their final tuneup before the start of Mountain West Conference play hosting Portland State on Saturday night. The matchup with the FCS school is a rarity for the Broncos — just their third FCS opponent since 2010 — but after an abnormal first two weeks, it's a needed break.

The opener was supposed to be a neutral-site night game that due to weather became a midafternoon road game against the Seminoles in Tallahassee. That was followed by a game against a talented Marshall team on a short week. The Broncos escaped with a 14-7 win as Boise State's defense stymied the Thundering Herd in the second half.

It was the second straight week the Broncos shut out their opponent in the second half.

"It's been just coming together, playing together, as well as halftime adjustments and seeing what they're hitting us on," Boise State defensive back Kekoa Nawahine said. "Really believing in each other and playing together has been a huge theme of the summer and into the season."

While the game may be a respite for the Broncos, Portland State isn't an FCS pushover. The Vikings (1-1) already made life miserable for Arkansas in the season opener before falling 20-13 to the Razorbacks. They're just four years removed from winning at Washington State and North Texas in the same season.

"We have a big challenge. Boise's (defensive) line, their front seven, it's a legit group. They're fun to watch," Portland State coach Bruce Barnum said.

Other things to watch as the former Big Sky foes meet for the first time since 2005:

Bachmeier has played well in his two starts but is also taking more hits than the Broncos would like. Bachmeier has been sacked nine times and taken several other hits while standing in the pocket and delivering passes.

Harsin said it's been a combo of smart pressures by opponents, some missed assignments and Bachmeier being willing to stand in and let a play develop.

"You don't want your quarterback getting hit but sometimes they do because of what they have to do to get the ball down the field," Harsin said.

One of the big concerns for Portland State will be protecting quarterback Davis Alexander. The Vikings allowed six sacks in the opener against Arkansas and Boise State has one of the top defensive ends in the Mountain West in Curtis Weaver.

"Every (defensive) line in the country is going to be licking its chops right now every time we drop back. But we have to make adjustments," Barnum said.

If there is one area where Boise State has excelled through two weeks it's holding the ball on offense. The Broncos rank second in the country in time of possession, averaging more than 39 minutes through their two games. No team has run more offensive plays than the 189 by the Broncos.

For the most part, Boise State has tried to avoid playing FCS teams as part of its nonconference schedule. The Broncos' only other games this decade against the lower level came in 2013 against Tennessee-Martin and in 2015 against Idaho State. Only seven schools will have played fewer FCS opponents so far this decade: Notre Dame, USC, UCLA and Texas (zero); Michigan and Ohio State (one); and Oklahoma (two).

Portland State Vikings
share story
those were the latest stories
Want to see more?
View All Stories
Fox Sports™ and © 2020 Fox Media LLC and Fox Sports Interactive Media, LLC. All rights reserved. Use of this website (including any and all parts and components) constitutes your acceptance of these Terms of Use and Updated Privacy Policy. Advertising Choices. Do Not Sell my Personal Info