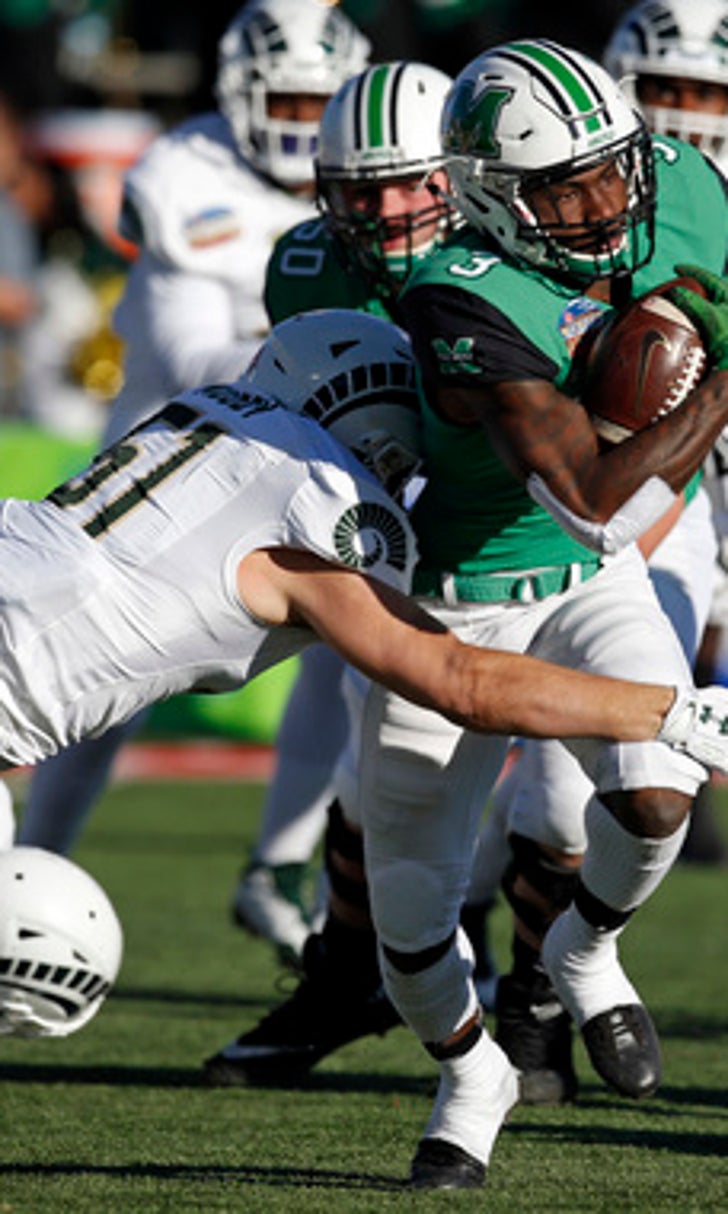 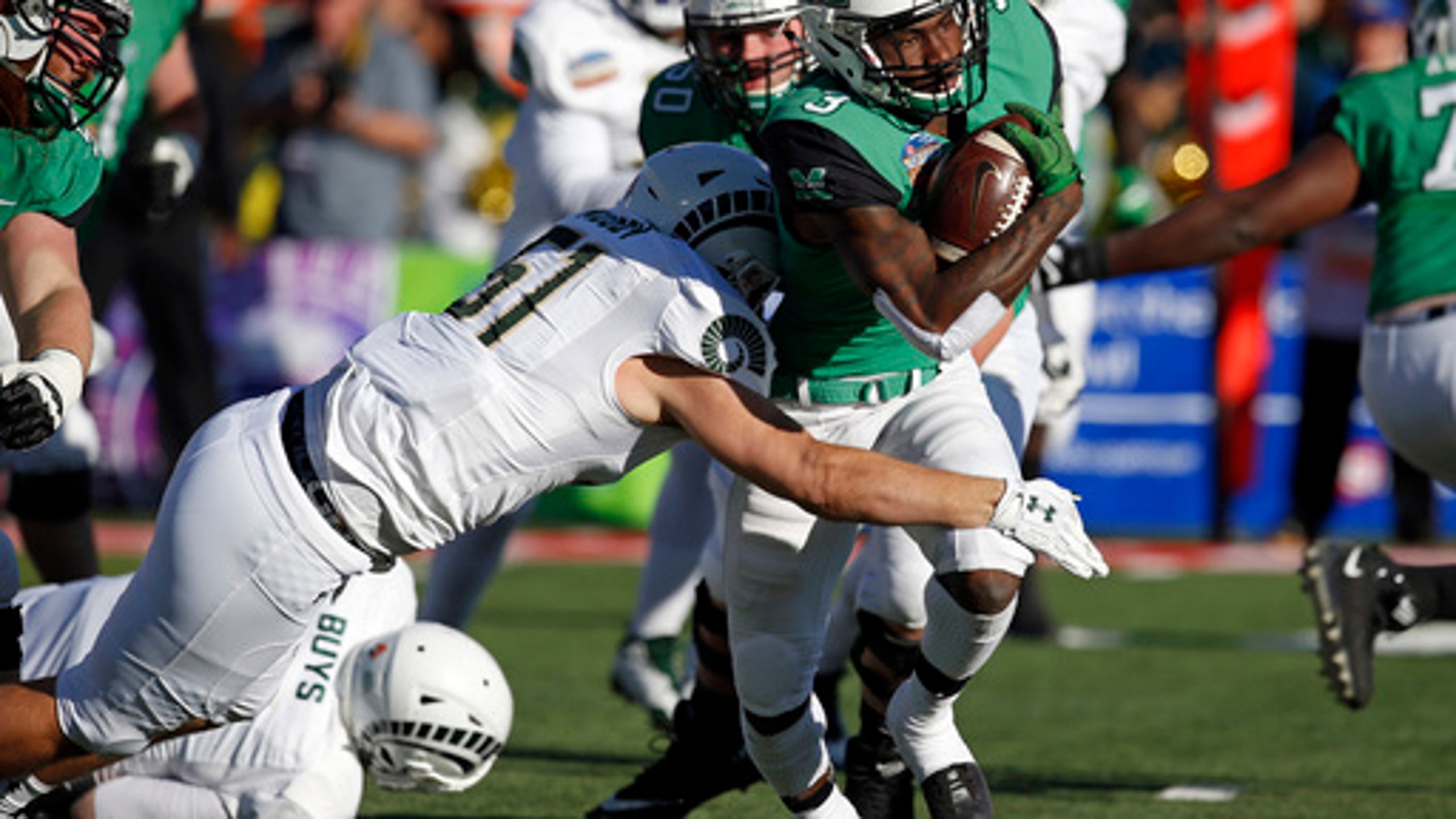 So when Brady's chance came in the second quarter, the junior separated himself from Rams coverages and sprinted to a 76-yard touchdown reception for the first of three big scoring plays that allowed Thundering Herd hold off the Rams 31-28 on Saturday in the New Mexico Bowl.

He was joined by Keion Davis, who rushed for 141 yards, including a 68-yard touchdown run . Tyler King added a 90-yard rushing touchdown for the Herd (8-5).

For Colorado State (7-6), it was another disappointing postseason. The Rams have lost four straight bowl games, and lost four of their last five this season after a 6-2 start.

''Yeah, it's pretty much a microcosm of our season,'' Colorado State head coach Mike Bobo said. ''Played pretty good at times, then giving up big plays, explosive plays for touchdowns. Those kill you defensively.''

Stevens threw for 320 yards and ran for two touchdowns for the Rams, but was sacked five times. Olabisi Johnson had 119 yards receiving, but Stevens was unable to connect consistently with standout Michael Gallup.

''I got to hit Gallup in those shots. I think it's a different ballgame,'' Stevens said. ''There were a number of them that he was open, and protection was solid.''

Colorado State's offense began to surge in the fourth quarter with 14 points, but Marshall's defense was able to hold the Rams.

Colorado State is 6-11 in bowl games.

Colorado State: The Rams continued to struggle despite having being ranked 10th in the FBS in yards per game with 501.1. Stevens and Gallup failed to challenge Marshall's stingy defense and couldn't respond to Marshall's big plays despite a late game scoring surge.

''This hurts but we'll regroup and get ready for next year,'' Bobo said.

Marshall: Marshall's defense also kept constant pressure on Colorado State's high-octane offense preventing the Rams from threatening with an air attack most of the game.

Colorado State: Bobo has led the Rams to three bowl games in each of his first three seasons. He recently signed a contract extension where he will earn $2 million by 2020. But at the same time, he's only won seven games each season and lost all his bowl games so 2018 may be key season for him.

Marshall The Herd are losing 13 seniors, including key tight end Ryan Yurachek. The four-year players in that group won 34 games and a conference championship and went to three bowl games. But many key players are set to return.

Mountain West
share story
those were the latest stories
Want to see more?
View All Stories
Fox Sports™ and © 2021 Fox Media LLC and Fox Sports Interactive Media, LLC. All rights reserved. Use of this website (including any and all parts and components) constitutes your acceptance of these Terms of Use and Updated Privacy Policy. Advertising Choices. Do Not Sell my Personal Info