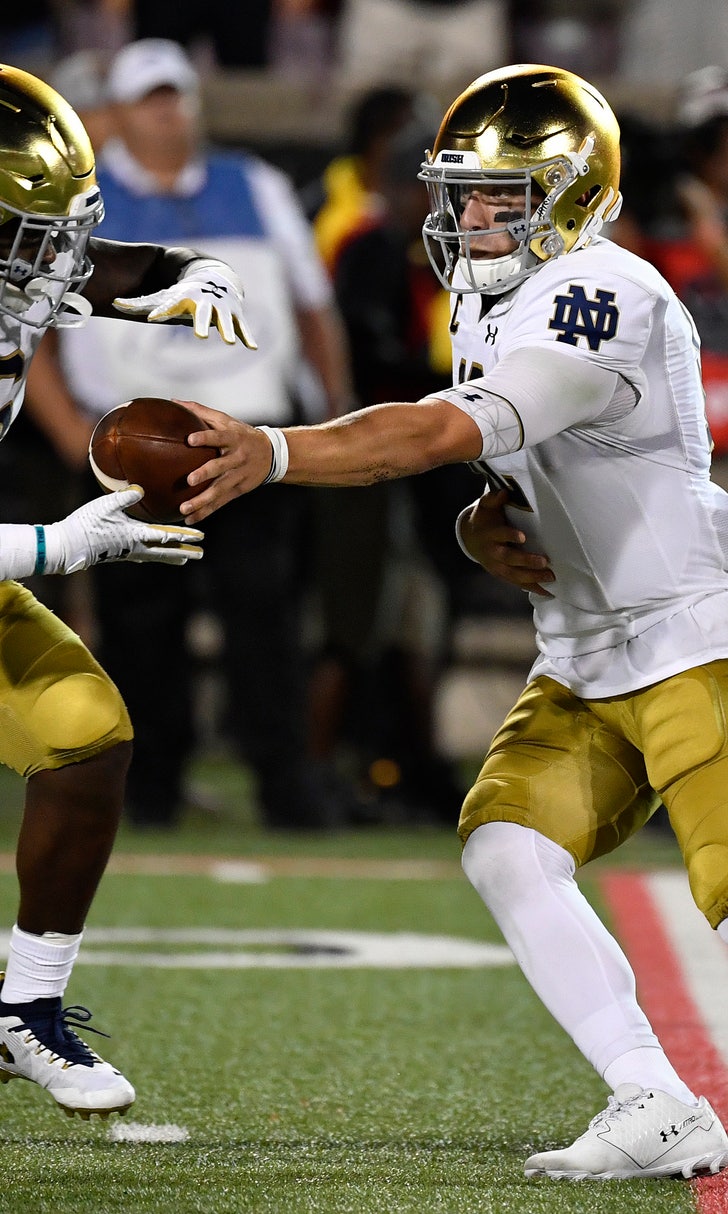 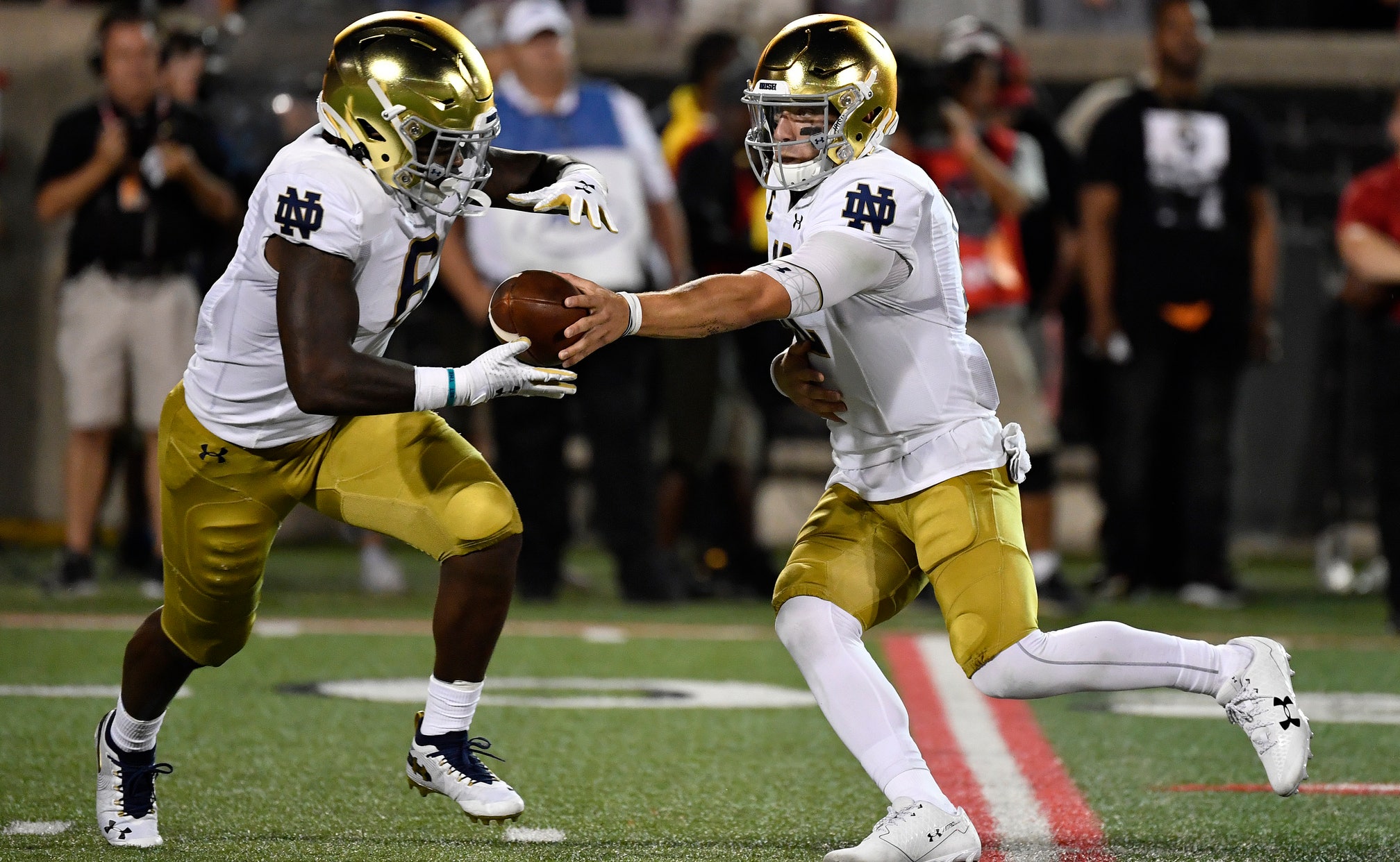 Kelly defends Book as No. 7 Irish get physical in bye week

"In an opener, you have a standard of play and (Book) didn't reach the standard that he had set for himself," Kelly said Monday after a bye week.

Book completed 14 of 23 passes for 193 yards and one touchdown and rushed 14 times for 81 yards and another score against the Cardinals. But he was sacked three times and fumbled twice, problems he avoided for the most part last season before Notre Dame's season-ending 30-3 loss to eventual national champion Clemson in a playoff semifinal.

"I think there are some things he would have liked to have done better, and most were technical things," Kelly said. "He went to work on them this week to be more technically sound. Ian Book is incredibly committed, hard-working, and you (saw) that come out of him (last) week."

The seventh-ranked Fighting Irish, who host New Mexico (1-0) on Saturday, worked on their deficiencies with a pair of physical practices to end last week, including a scrimmage.

Junior running back Jafar Armstrong, injured during the first touchdown drive against the Cardinals, has had surgery to repair a torn abdominal muscle; Kelly did not offer a timetable for his return. His loss was covered by senior Tony Jones Jr., who had 110 yards and a touchdown on 15 carries, and sophomore Jahmir Smith, who gained 24 yards on eight carries with two scores.

Smith was slowed in Saturday's scrimmage by a sprained toe but is expected to practice behind Jones with freshman Kyren Williams and sophomore C'Bo Flemister as backups. Kelly also moved junior Avery Davis, who played some running back last season but was moved to cornerback in the spring, back to offense.

Junior tight end Cole Kmet, out since the first week of preseason workouts with a broken collarbone, has been practicing since last week and could be available for the game with the Lobos. Junior wide receiver Michael Young, who also broke his collarbone during the preseason, is about a week behind Kmet in recovery.