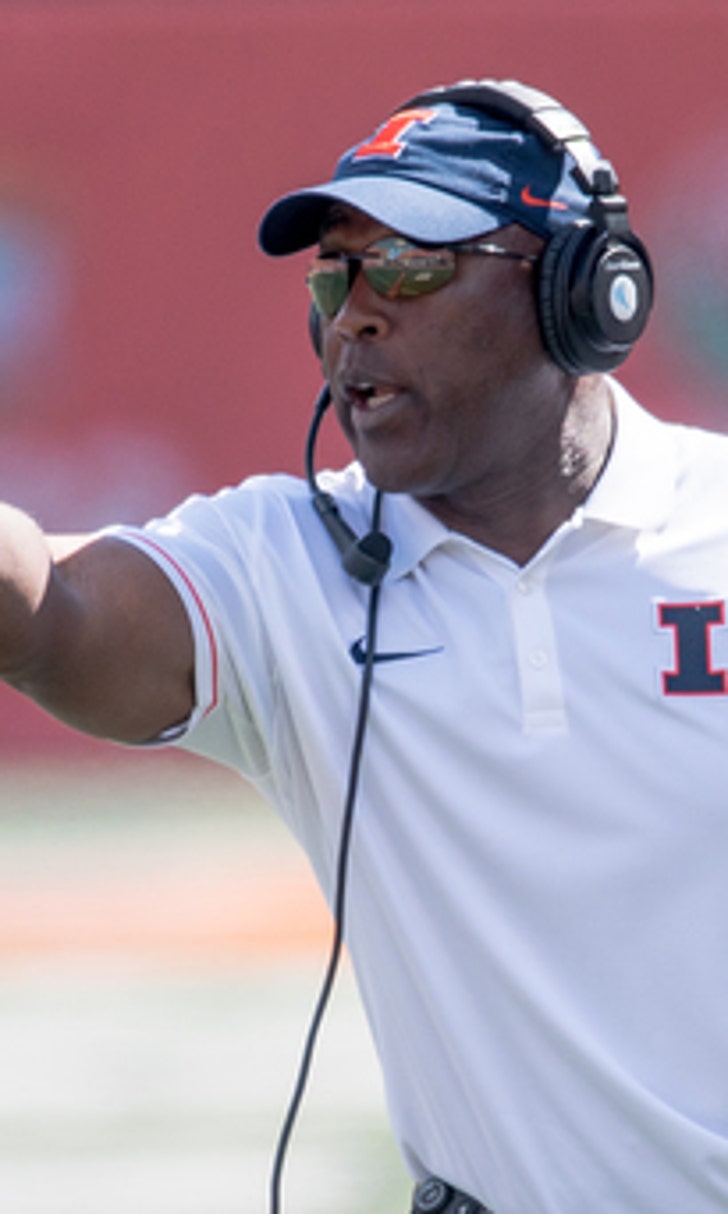 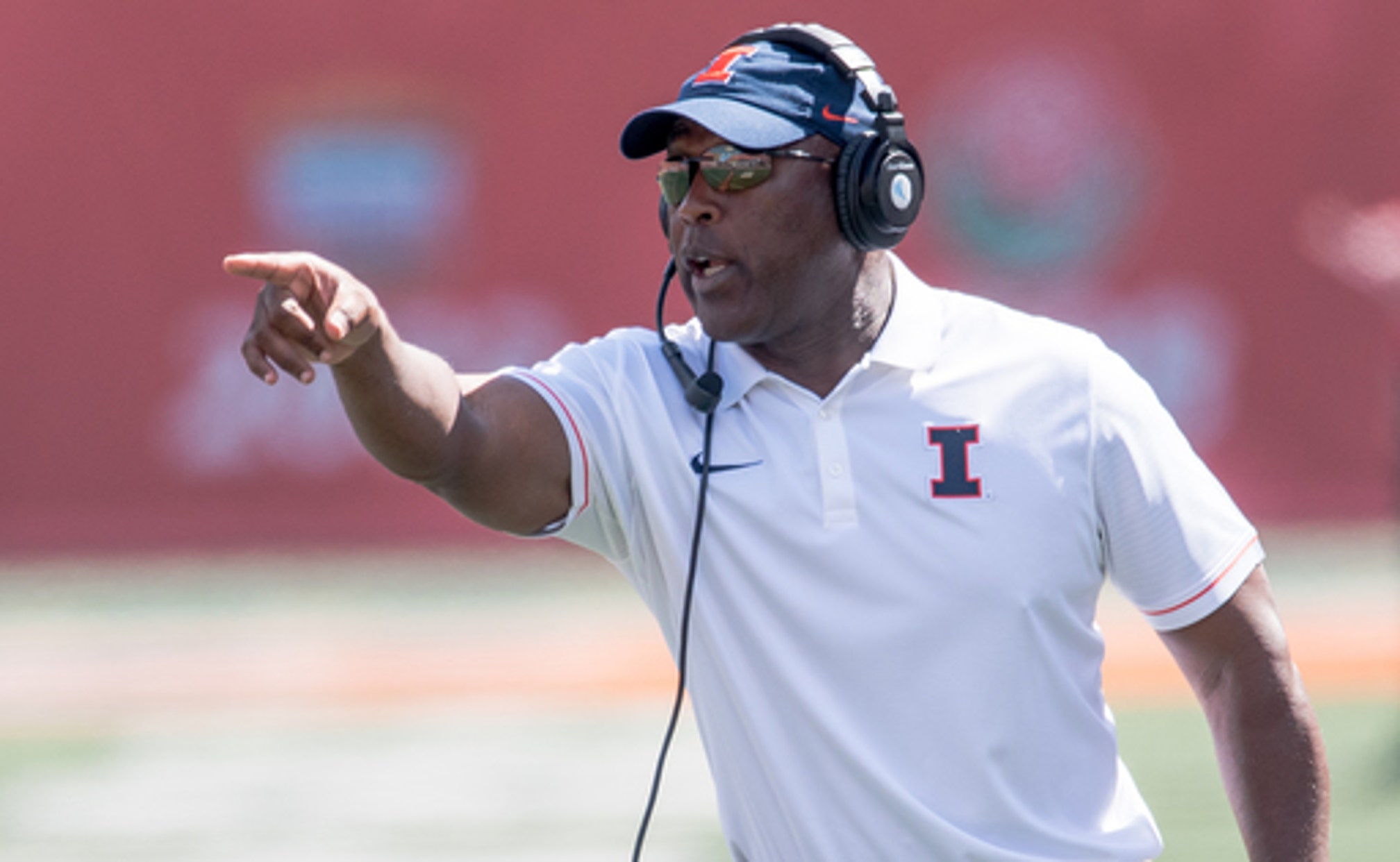 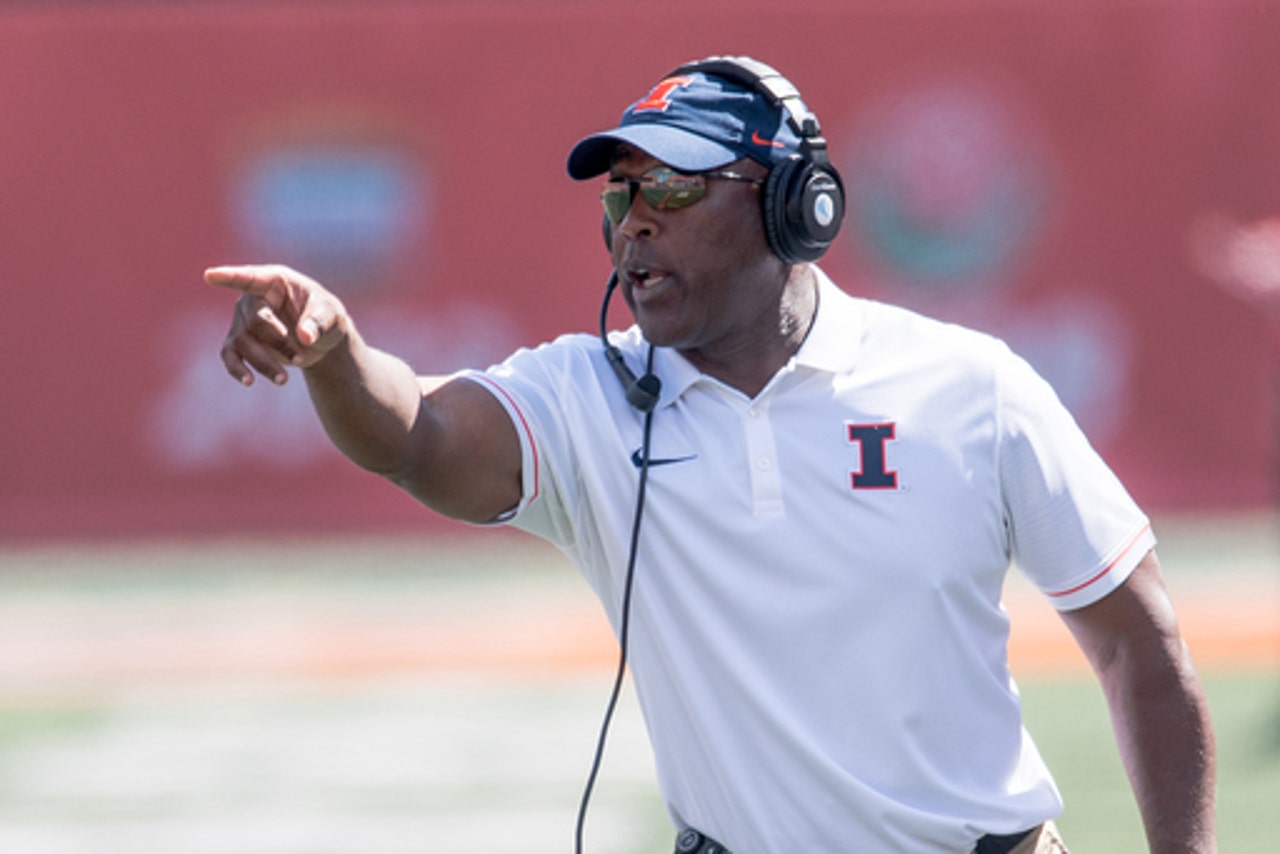 The Illini (1-0) opened up a 35-3 halftime lead over the Racers and were never threatened by the Football Championship Subdivision school.

Ahead of his first game at Illinois, Smith preached defense and takeaways, just as he did in a long career as an NFL head coach.

On Saturday, the Illini heeded his words early and took control of the game.

A pair of first quarter interceptions off quarterback KD Humphries led to two touchdown passes from Lunt and a quick 14-0 lead.

MURRAY STATE: Racers coach Mitch Stewart talked before the game about his hope that his team would not give in to nerves and a Big Ten opponent. Early, the Racers looked a little overwhelmed with dropped passes, stumbles by receivers and Humphries' dangerous throws, including the two first quarter interceptions.

ILLINOIS: Illinois showed it can force turnovers, as Smith preaches, and turn them into points. And even after Smith talked about the need to be able to run the ball and do it behind a big line and a fullback, it's clear the Illini have some big-play capability. But even with 287 rushing yards, Illinois never really moved the Racers' defensive line or ground out yards the way Smith would like. And tougher opposition is on the way in North Carolina and Western Michigan before the Big Ten opener against Nebraska.

MURRAY STATE: The Racers open their home schedule against Missouri State on Saturday.

ILLINOIS: Illinois faces a tough test and its first Top 25 opponent of the season when North Carolina visits Champaign on Saturday. The Tar Heels handled the Illini last season in Chapel Hill, 48-14.