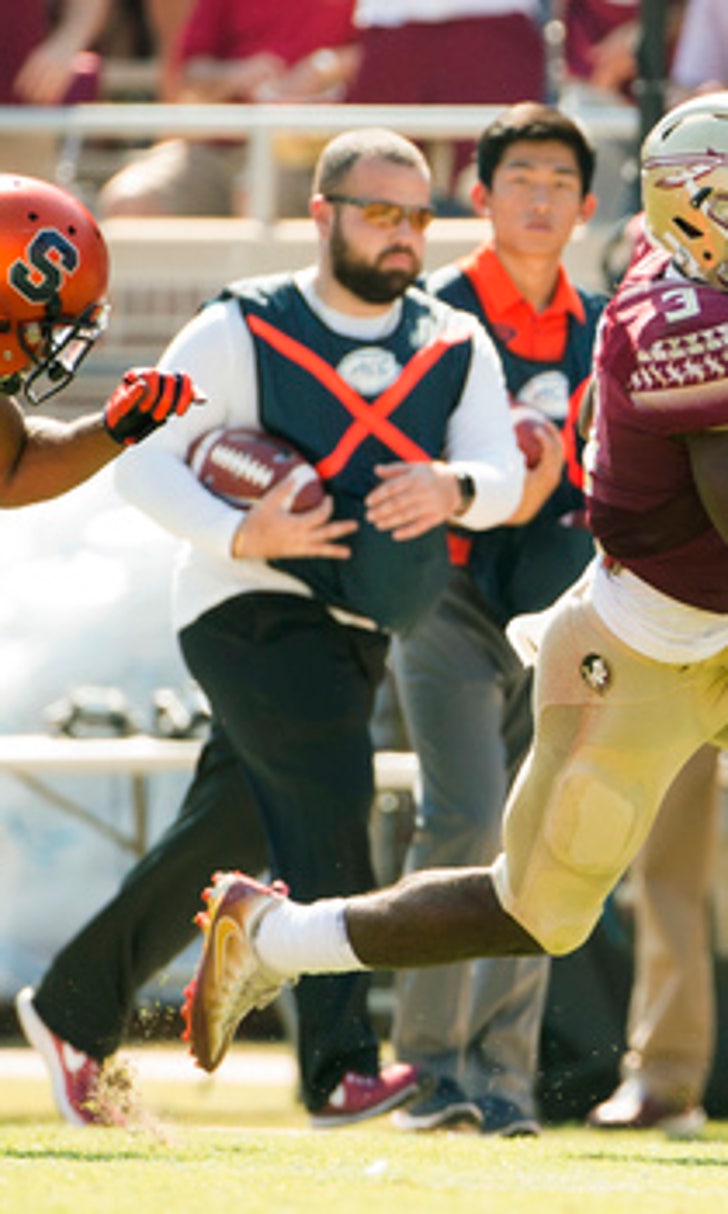 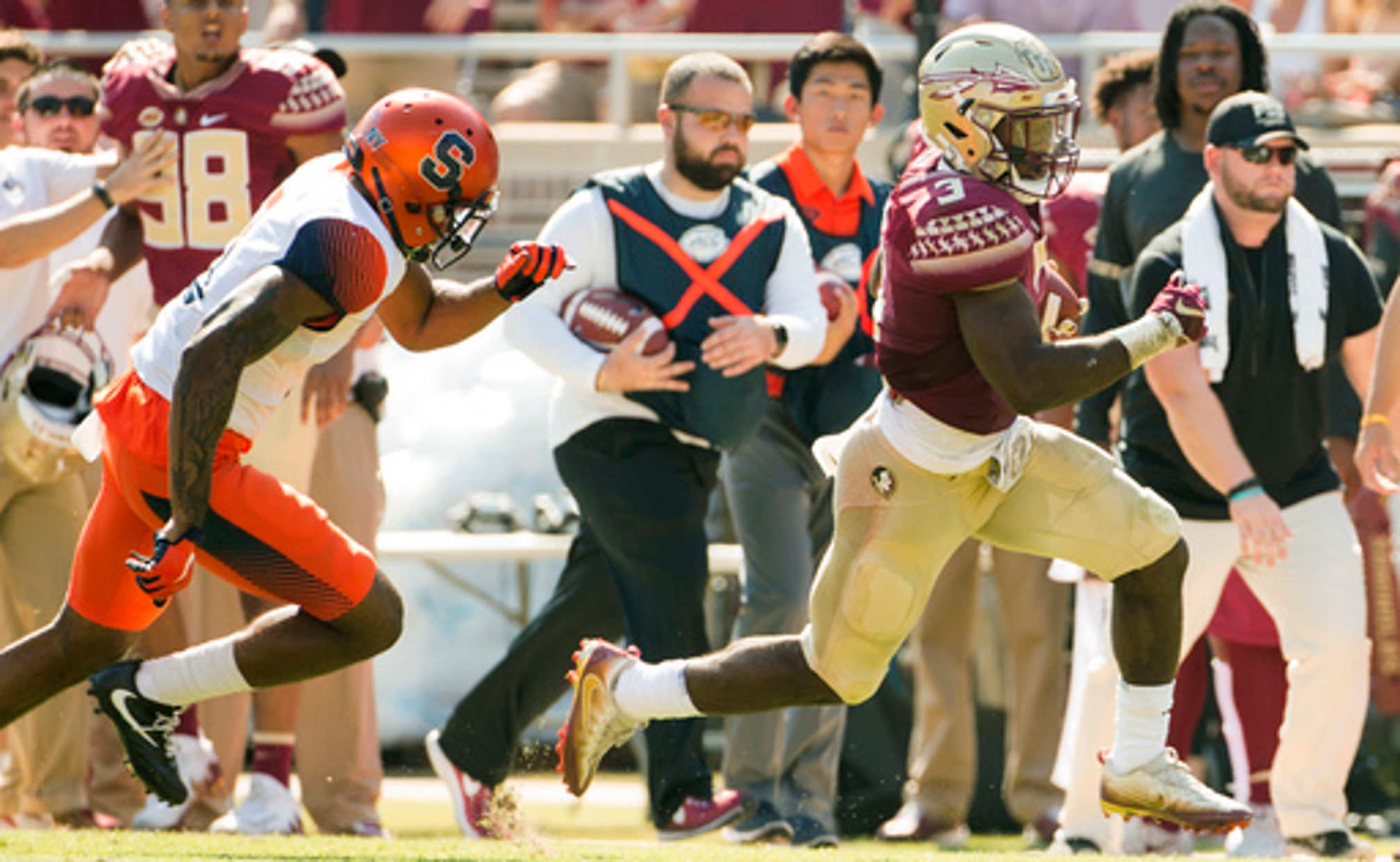 TALLAHASSEE, Fla. (AP) Florida State has experienced plenty of frustration this season but it finally had a couple of things bounce its way on Saturday.

The Seminoles jumped out to their first double-digit lead of the season in the second quarter but still needed to go to the final play to hold on for a 27-24 win over Syracuse.

FSU led 27-17 with 6:48 remaining but saw the Orange nearly send the game to overtime before Cole Murphy's 43-yard field goal attempt was wide right as time expired. Not only were the Seminoles (3-5, 3-4 Atlantic Coast Conference) able to snap a two-game losing streak but it got its first home win of the season in four attempts.

''There has been a lot of disappointment and bad performances but this was a good team win,'' said safety Derwin James, whose interception on Syracuse's opening drive helped set up Florida State's first touchdown.

Many had proclaimed the Seminoles' 40-year winning record and 35-year bowl streaks over after a 35-3 loss at Boston College on Oct. 27, but this win gives them a chance to keep both alive.

''A lot of guys were laying out blood, sweat and tears. We're trying not to let that end and owe that to the people who came before us,'' James said.

Cam Akers led the way offensively with 199 yards on 22 carries with two touchdowns. The freshman, who posted his third 100-yard game of the season, had touchdown runs of 54 and 63 yards during the second quarter to help FSU build a 21-7 lead.

''He runs hard and finishes every run in practice so I wasn't surprised.'' James said. ''Every time he runs the ball it is very exciting. He is reminding me on some of those runs how Dalvin (Cook) did (the last two years).''

James Blackman was 12 of 19 for 136 yards. The freshman put the Seminoles on the scoreboard on his first pass as he found Nyqwan Murray for a 51-yard touchdown. It was only the second time that Florida State had scored on its opening drive.

Syracuse (4-5, 2-3) was looking to become the first team since North Carolina in 2010 to defeat Clemson and Florida State in the same season, but coach Dino Babers' decision to eschew a chip-shot field goal and go for a touchdown late in the second quarter ended up looming large.

The Orange trailed 21-14 with 1:18 remaining in the second quarter but got excellent field position after D.J. Matthews muffed a punt at the FSU 11. On fourth-and-3 from the FSU 4, Eric Dungey had to scramble and was pressured by James before his pass into the end zone fell incomplete.

''If we were tied at halftime the odds are greatly going into our favor that we are going to win the game based off things we have done in the second half. We went for the touchdown. We went for the win,'' Babers said.

Dungey missed most of the first half with a leg injury but accounted for 387 yards of Syracuse's offense and all three touchdowns. The junior was 24 of 43 for 278 yards and a pair of touchdowns along with 109 yards rushing on 22 carries for the Orange.

Syracuse: The Orange's hopes of making a bowl game for the first time since 2013 took a little bit of a hit, but two of their final three games are at home.

Florida State: Despite the win, coach Jimbo Fisher remained upset over people who thought that his team had quit on him after the loss at Boston College. ''They didn't quit. I know what happened, I know why it happened. That's something you're never going to see us do. You can write that,'' he said.

Ervin Philips became Syracuse's career receptions leader, passing Alec Lemon's mark of 201. The senior had 12 catches for 107 yards, and now has 217 catches for his career.

Syracuse: Hosts Wake Forest on Saturday. The Orange have won all three meetings that have taken place at the Carrier Dome.

Florida State: Travels to Clemson on Saturday looking to end a two-game losing streak to the Tigers.