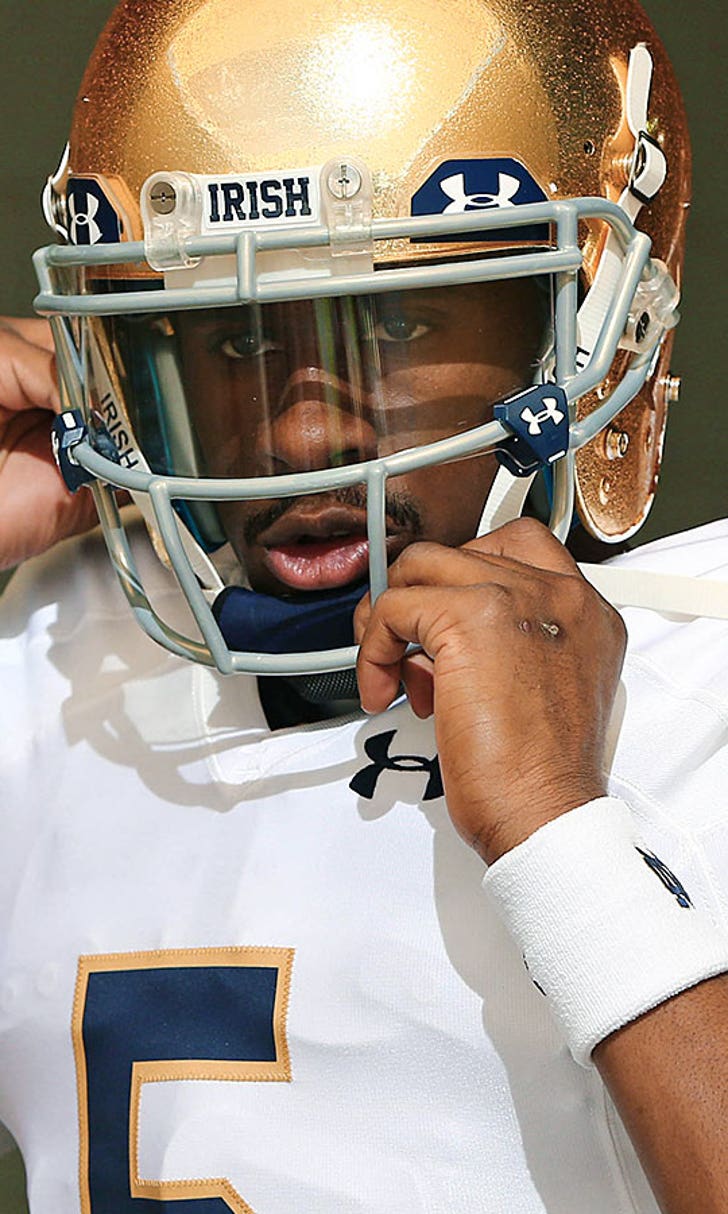 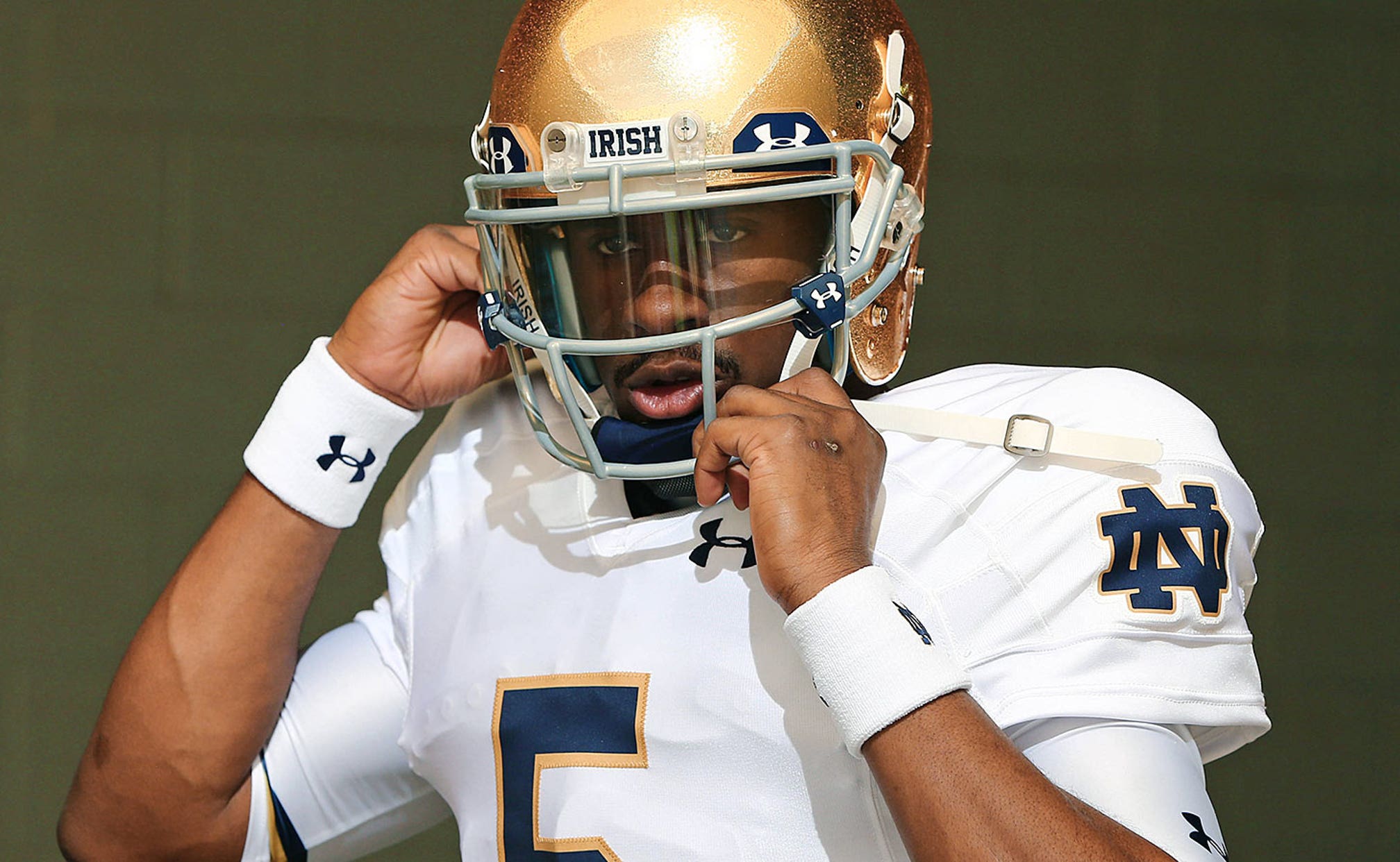 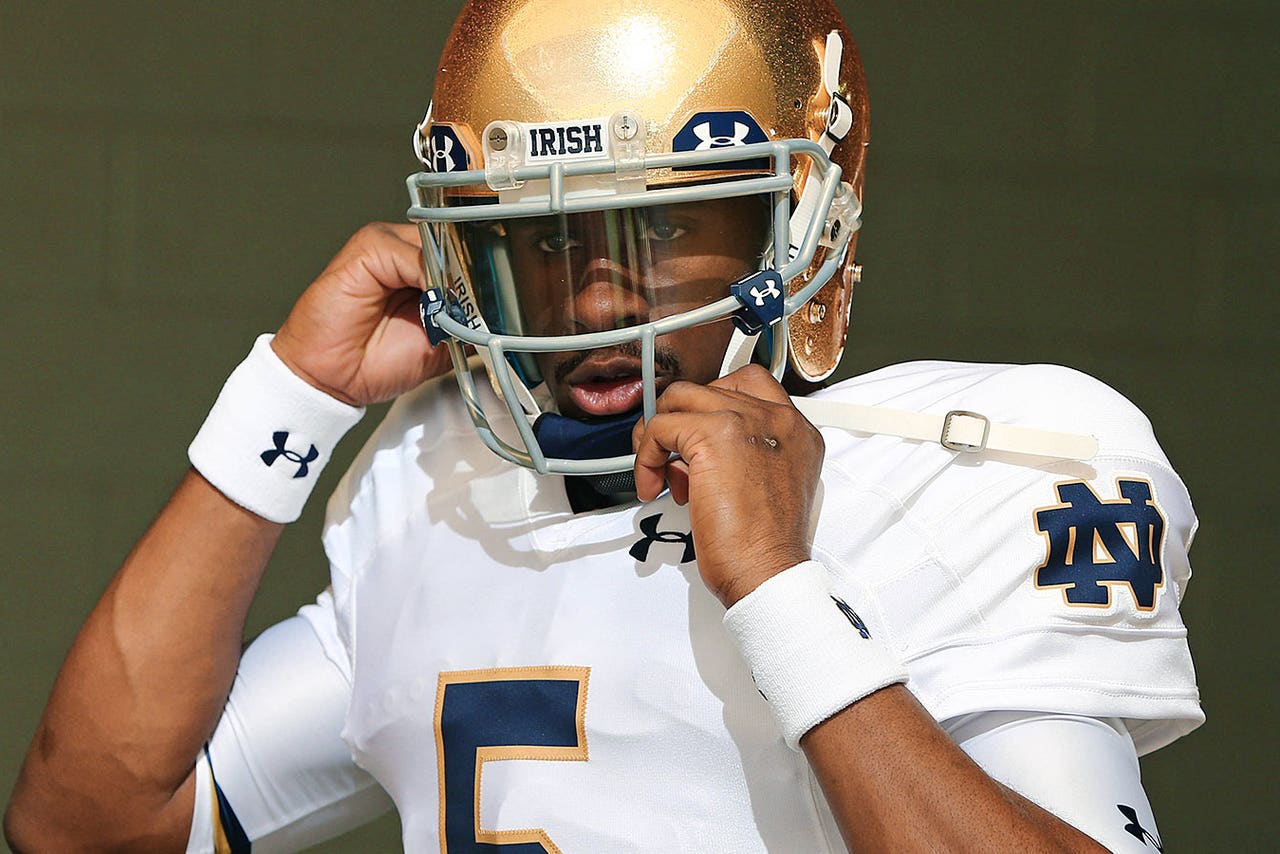 More from Athlon Sports: Top 10 coaches on the hot seat this spring / Top 20 WRs on the rise in 2015 / Alabama is ready for another title run / Florida could win SEC East in 2015 / North Carolina's D must step up in 2015 / South Carolina in danger in SEC East

Notre Dame quarterback Everett Golson has decided to transfer with one season of eligibility remaining. The senior will be eligible immediately as a graduate transfer, so there will be plenty of suitors for his services.

Golson threw for 5,850 yards and 41 scores during his two years at Notre Dame. Additionally, he tossed 20 interceptions on 745 attempts. While Golson had his share of ups and downs during his career in South Bend, he guided the Fighting Irish to an appearance in the national championship game in 2012.

Where will Golson land? Here are eight teams to watch:

Alabama has options to replace Blake Sims, including Florida State transfer Jacob Coker and talented freshmen Blake Barnett and David Cornwell. Coker was expected to push for the starting job last year, but Sims started all 14 games for the Crimson Tide. Although Coker finished spring at the top of the depth chart, did he play with enough consistency to ease the concerns of the coaching staff with a new quarterback taking over?

First-year coach Jim McElwain's biggest concern on offense isn't at quarterback, as the offensive line is a major question mark for 2015. However, the Gators have plenty of uncertainty here, as redshirt freshman Will Grier edged Treon Harris for the top spot in the spring. Harris threw for 1,019 yards and nine scores last year, but Grier is a better fit for this offense. McElwain's offense at Colorado State averaged 321.6 passing yards per game in 2014.

It's probably a longshot for Golson to end up in Tallahassee, as Sean Maguire finished spring with a clear hold on the No. 1 job. However, replacing Jameis Winston is no easy task, and Maguire has only one previous start. Coach Jimbo Fisher is one of the best quarterback and offensive minds in the nation, which has to be appealing to Golson with one year of eligibility and an opportunity to impress NFL scouts in 2015.

The Tigers struggled mightily on offense last season and averaged only 162.9 passing yards per game. Uncertainty remained for LSU in the spring, as neither Anthony Jennings or Brandon Harris staked a clear claim for the No. 1 spot. Jennings led the team with 11 passing scores last year, but there's more upside with Harris. The Tigers aren't lacking for talent at receiver but quarterback play remains a big concern for coach Les Miles. LSU has to be one of the early favorites for Golson's services.

Just like Michigan's Jim Harbaugh, Louisville's Bobby Petrino has no problem adding numbers to the quarterback position. The Cardinals aren't in bad shape at quarterback for 2015 even if they don't get Golson, as sophomore Reggie Bonnafon is promising, and Tyler Ferguson is eligible after transferring from Penn State.

If LSU is the early favorite to land Golson, Texas might be No. 2. The Longhorns had only two scholarship quarterbacks in the spring, with true freshman Kai Locksley arriving this summer to compete with Jerrod Heard and Tyrone Swoopes for snaps. Heard closed the gap on Swoopes this spring, setting up an intriguing battling for the No. 1 spot in the fall. If Golson transfers here, his first game of 2015 would be against ... Notre Dame.

Golson is a native of Myrtle Beach, South Carolina, and the Gamecocks have an opening at quarterback after Dylan Thompson expired his eligibility this offseason. Connor Mitch finished spring at the top of the depth chart, but he has attempted only six passes in his career at South Carolina. Would coach Steve Spurrier be willing to take a chance on Golson for one year? It certainly makes sense.

The Rebels have three candidates vying for the starting job, including junior college recruit (and former Clemson quarterback) Chad Kelly. DeVante Kincade and Ryan Buchanan are also in the mix this fall, but Kelly is believed to have an edge over both for the starting job. Golson would be an upgrade over the three options on the roster. However, how quick can he pick up the offense and get acclimated to the supporting cast?