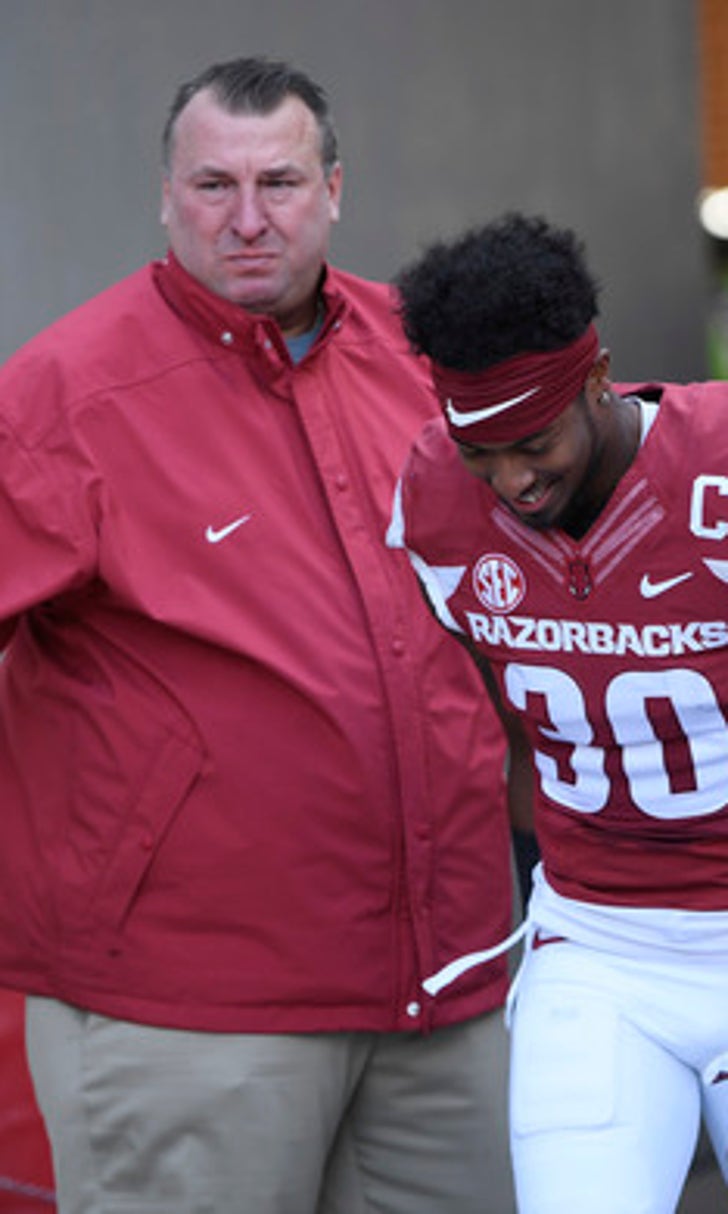 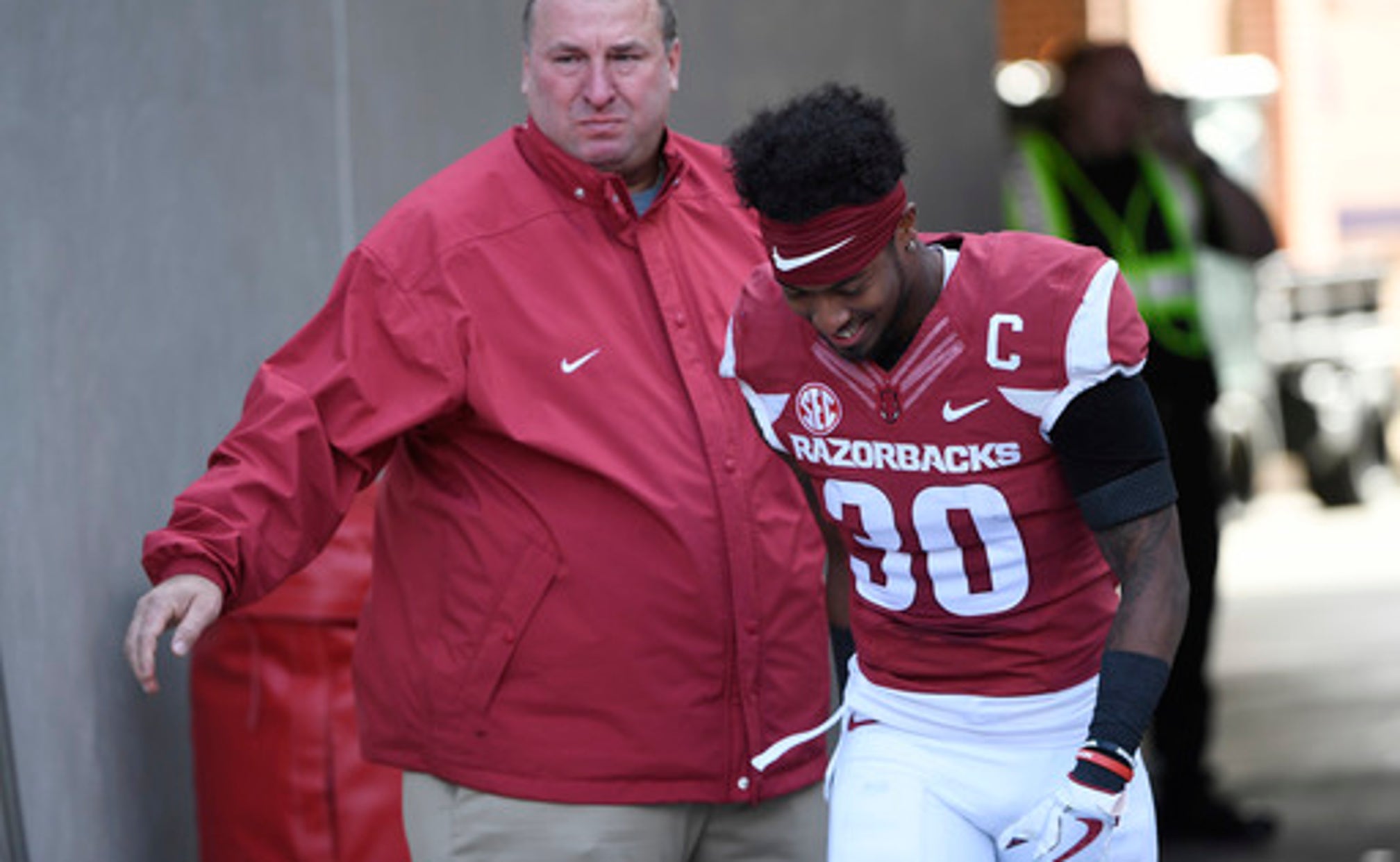 Cromer Peoples at forefront of search for desperate Arkansas

FAYETTEVILLE, Ark. (AP) Julie Cromer Peoples did her best to convince the country she's in charge at Arkansas on Friday night, both with the firing of Bret Bielema and the immediate search for his successor.

The Razorbacks interim athletic director still has work to do to convince the Arkansas fan base that's the case, given the appearance of the school's Board of Trustees' sudden interest in the football program.

What isn't up for debate is the current state of that program, one mired in its worst six-year stretch in nearly 70 years - a run of disappointment many fans of the school fear could become the norm in the ultra-competitive Southeastern Conference.

Bielema was fired by Cromer Peoples moments after a 48-45 loss to Missouri on Friday. The defeat sent the former Wisconsin coach to 29-34 overall in his five seasons with the Razorbacks, including a mark of 11-29 in the SEC during that stretch.

As much as Bielema struggled during time at Arkansas, the school's woes date back to the year before he arrived following the 2012 season. It was that year when the Razorbacks finished 3-9 while led by interim coach John L. Smith in the wake of the Bobby Petrino scandal and firing.

Arkansas' record of 32-43 since Petrino's fateful motorcycle accident and revelations he had hired his mistress in the athletic department is the school's worst since it went 22-38 from 1948-52. It's by far the worst since the Razorbacks joined the SEC in 1992, and it's turned a once-fevered fan base apathetic - with Razorback Stadium largely empty in this season's final three games against Coastal Carolina, Mississippi State and Missouri.

Bielema's firing, while expected for weeks, adds to the turmoil - and sudden turnover - in the Arkansas athletic department. Former athletic director Jeff Long was fired two weeks ago for losing the faith of the school's power brokers, most notably the Board of Trustees.

Chancellor Joseph Steinmetz is leading the simultaneous search for Long's replacement, with input from a seven-person search committee.

''I think it is relatively unprecedented, but these are the circumstances we find ourselves in,'' Cromer Peoples said. ''So, we'll move forward and make sure we find the best candidate for each position.

Cromer Peoples, meanwhile, insisted she's been given the power to serve in the full capacity of her interim role while searching for a new coach - doing so all the while auditioning for a hopeful permanent move into Long's former job.

''I do feel that I've been given the authority to go find the best football coach for us,'' Cromer Peoples said.

Long's firing came after he attended a Board of Trustees meeting in Little Rock, one where he wasn't invited to a back room when the board went into executive session. Steinmetz did talk with the board for more than an hour in that executive session, and it was a week later that Long was fired.

Bielema had much praise for his time at Arkansas following his firing on Friday night, even saying he preferred how Cromer Peoples wasted little time after the game in sealing his fate. He did, however, take one swipe at the Board of Trustees - and lead to more speculation about whether Cromer Peoples is indeed in charge of the football program.

''My only wish is that people that ultimately pulled this trigger, I wish I would have known who they are, been around them a little bit and wish they could see how we work and how we do things,'' Bielema said.

Cromer Peoples said she has had an idea of the coaching ''market'' for a while as well as possible coaches she'd be in contact with over the next few days.

What she didn't want to do was eliminate any possible candidates, though the school went out of its way to mention her ties to the region when she was named interim athletic director - a thought she echoed on Friday night.

''I think it's important, particularly here, that whoever becomes our next head coach understands and relates to our culture,'' Cromer Peoples said. ''Both as a university and also in the state and throughout the region.''