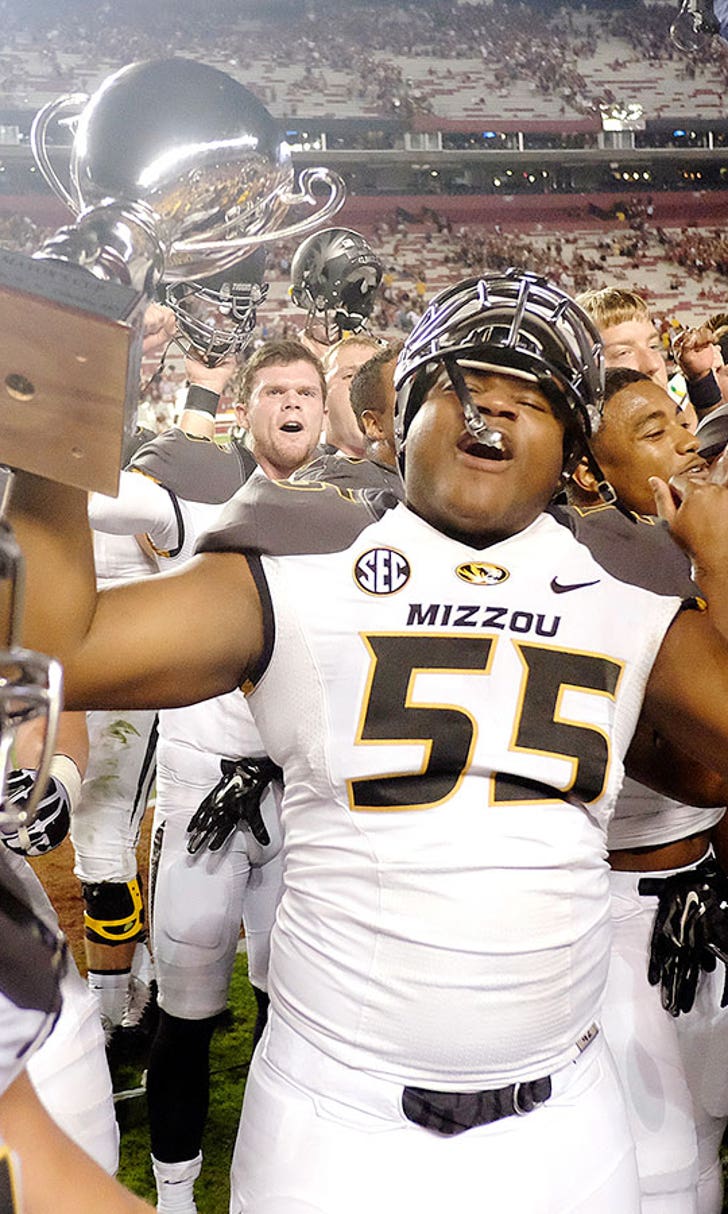 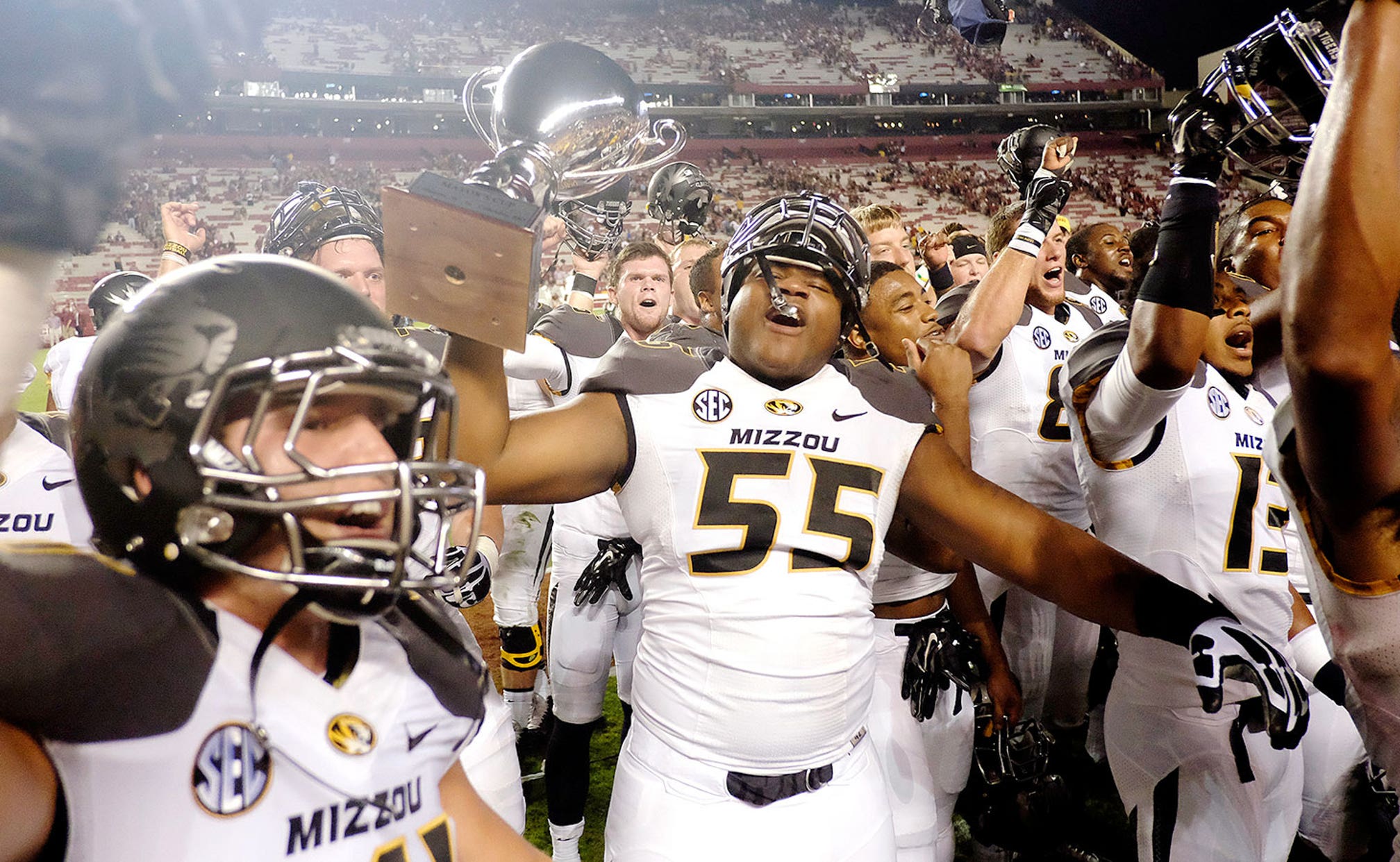 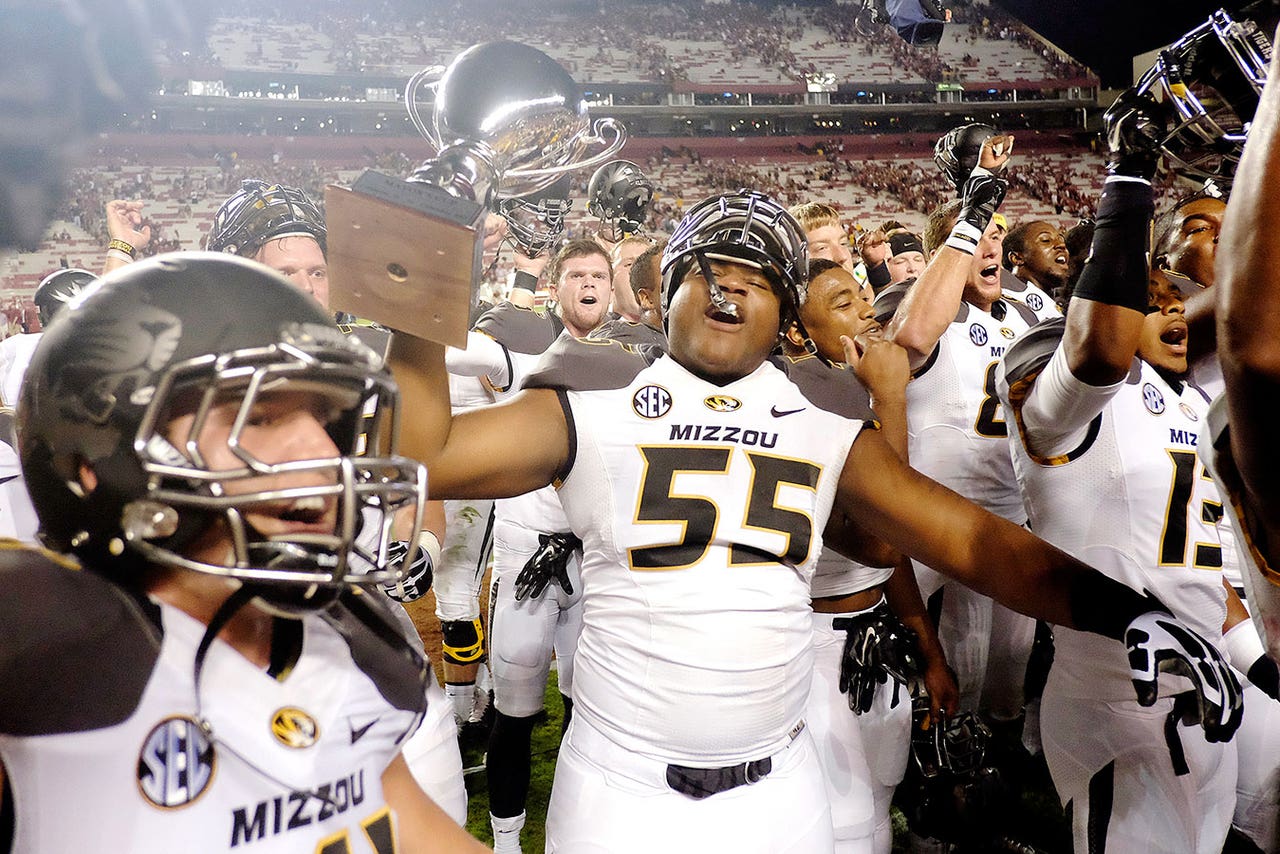 Nate Crawford came to Missouri to be the next great Tiger defensive lineman. Standing a massive 6-foot-5, 300-lbs, offensive line coach Josh Henson saw a future star on the offensive line when he saw Crawford. After some initial hesitation, Crawford made the switch to the offensive side of the ball.

A year after making the switch, Crawford appears to be a lock for the starting right tackle spot.

"That guy has really stepped up his game for the team,” Henson said to the St. Louis Post-Dispatch. “It’s kind of amazing how much he’s improved from spring ball. Moving from defensive line to offensive line, I couldn’t be prouder of the guy.

If Crawford can continue to progress and man the right tackle spot into the season opener, the coaching staff will have four of the five spots up front secured. The success isn't going to Crawford's head though, he knows he's still very much a work in progress for the Tigers.

College Football's Top Plays: Week 4
Check out all the best plays from Week 4 of the college football season, including epic upsets and an OT spectacular.
2 days ago
those were the latest stories
Want to see more?
View All Stories
Fox Sports™ and © 2020 Fox Media LLC and Fox Sports Interactive Media, LLC. All rights reserved. Use of this website (including any and all parts and components) constitutes your acceptance of these Terms of Use and Updated Privacy Policy. Advertising Choices. Do Not Sell my Personal Info