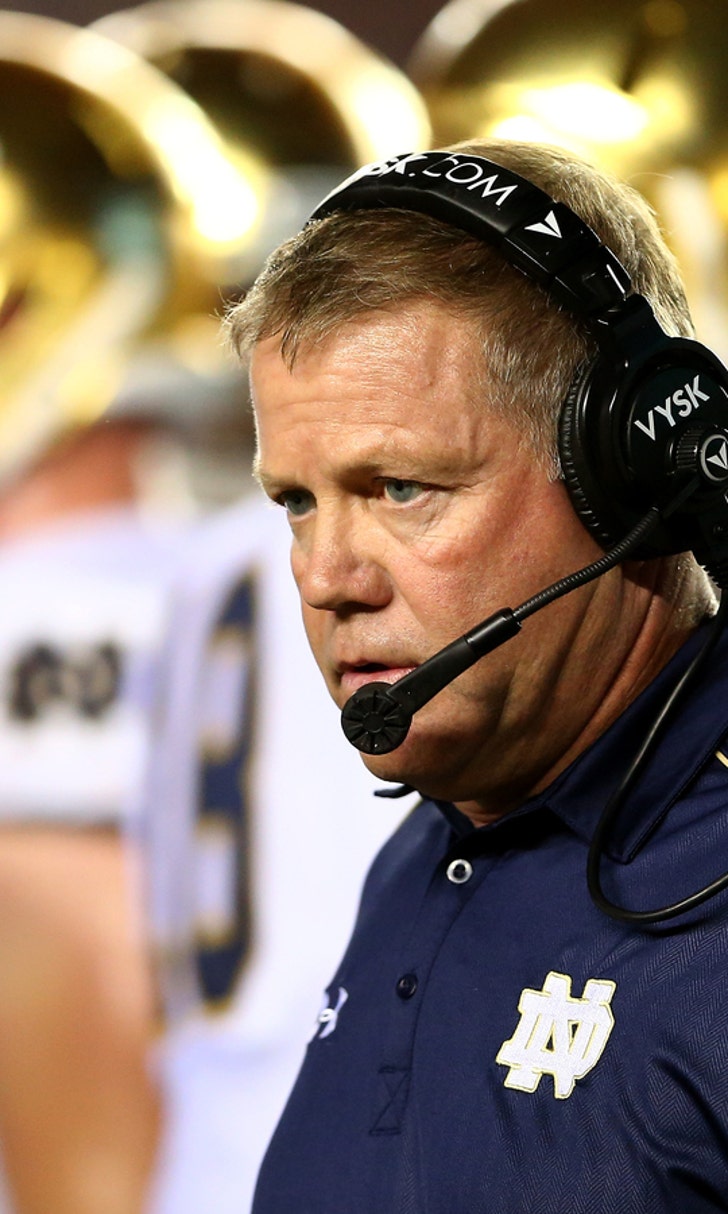 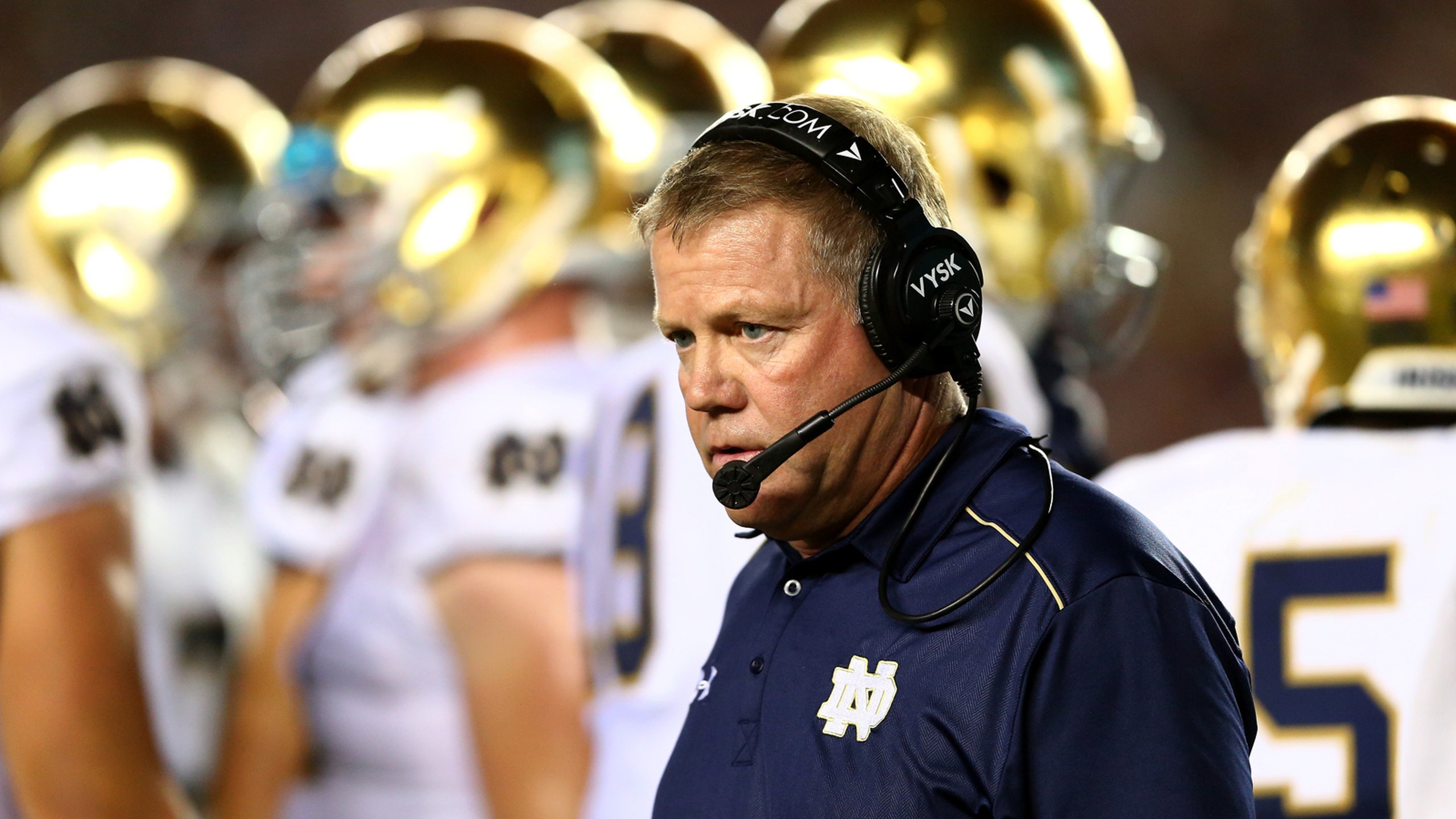 Brian Kelly says he shoved assistant to 'control the sideline' 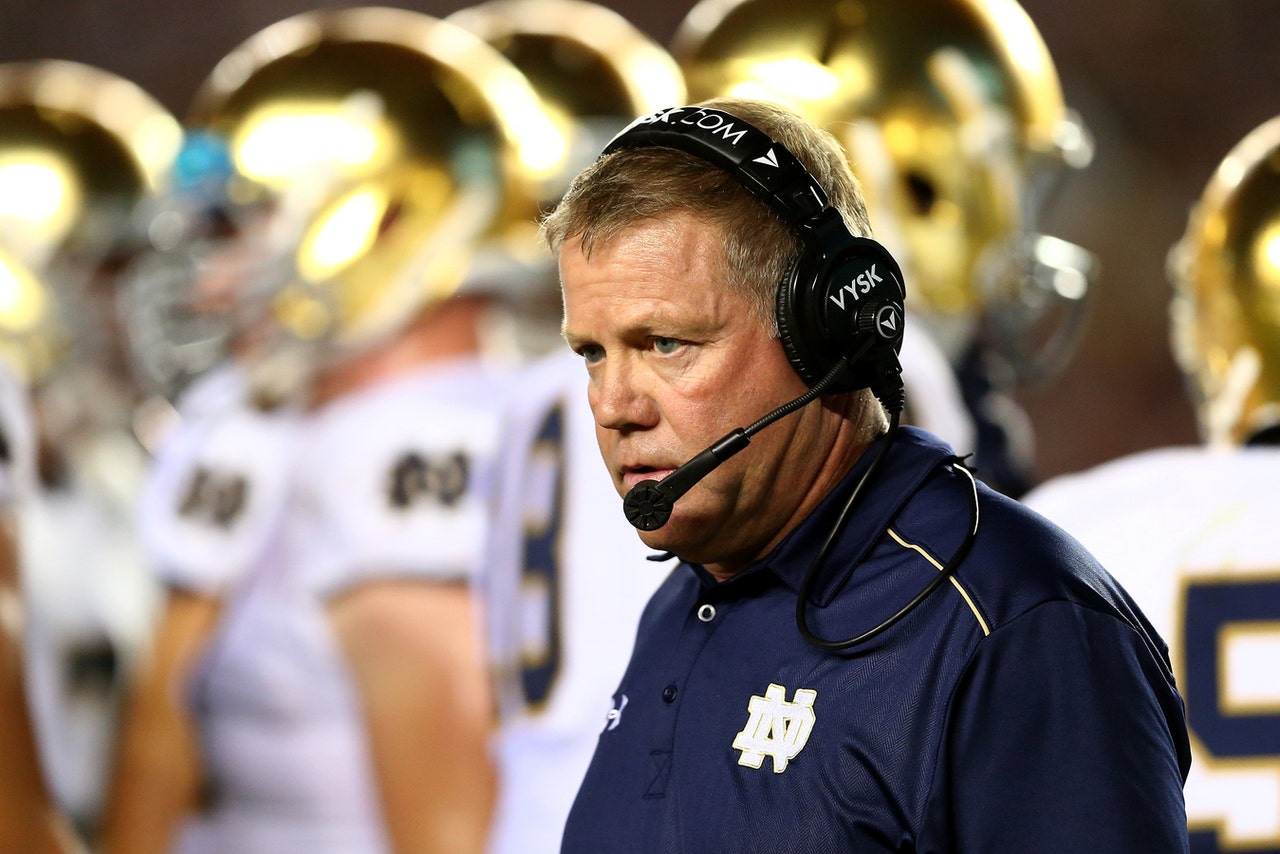 PHILADELPHIA -- Notre Dame coach Brian Kelly said he was trying to control the sideline when he grabbed and shoved an assistant coach David Grimes during the No. 9 Fighting Irish's 24-20 victory against No. 21 Temple on Saturday night.

Kelly was seen during the ESPN broadcast grabbing the former Notre Dame wide receiver by his pullover and pushing him in the chest, away from the sideline as an official was talking to Grimes.

"David was going to get us a 15-yard penalty," Kelly said during his postgame news conference. "I have to control the sideline. I wasn't going to let that happen. He got a little too close and I backed him up out of the way to make sure we didn't get a 15-yard penalty."

Grimes has been an assistant strength and conditioning coach for Kelly since 2012.