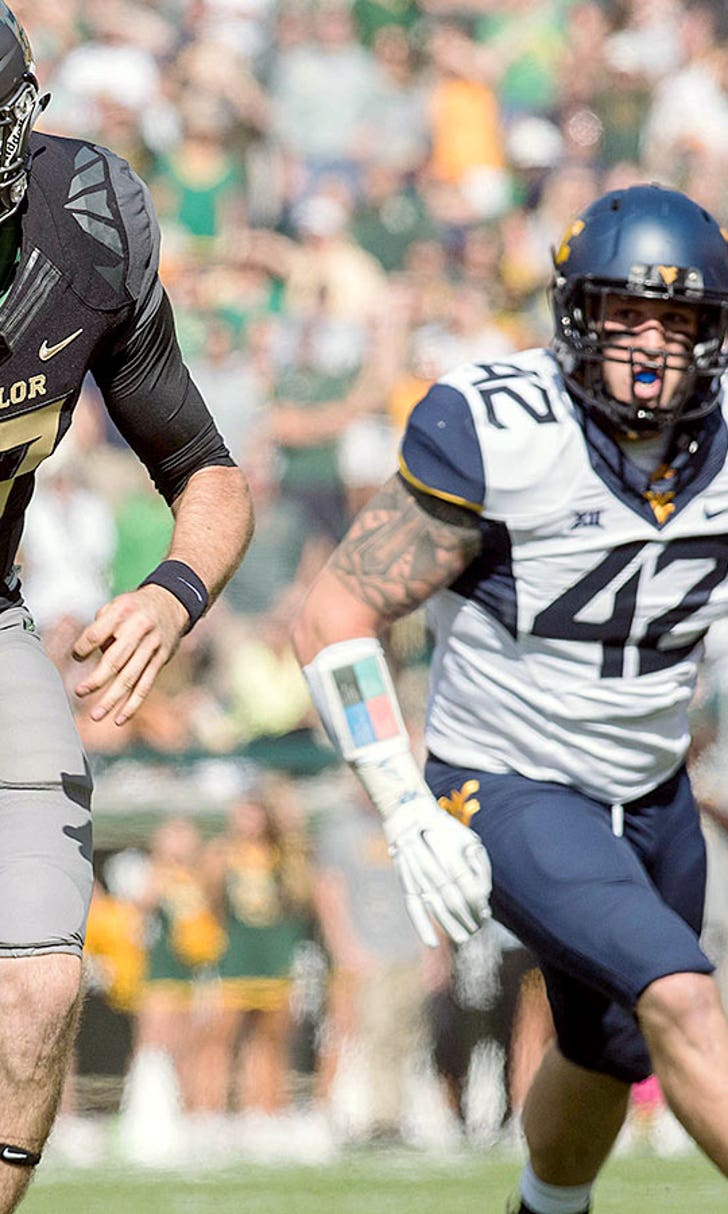 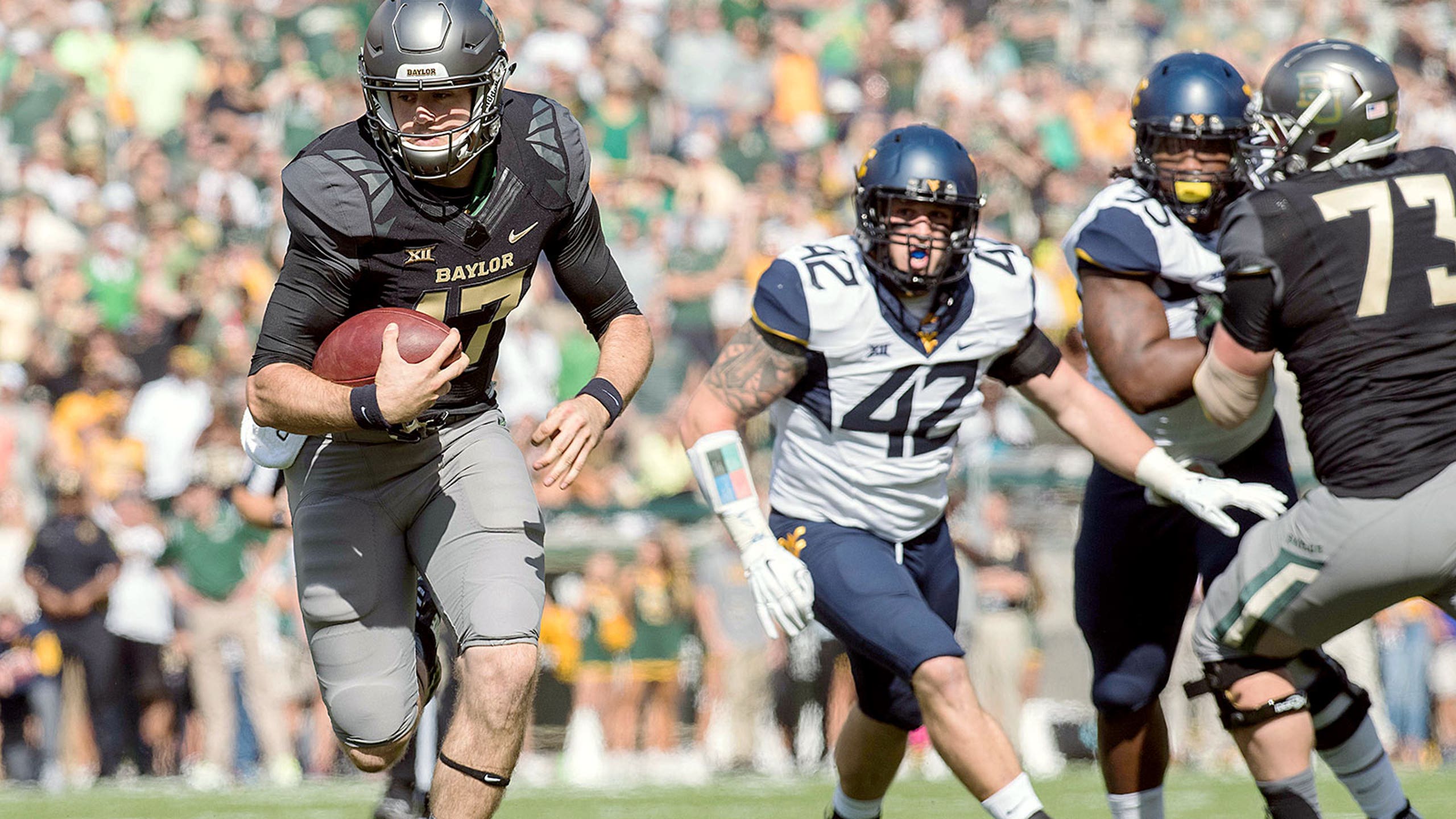 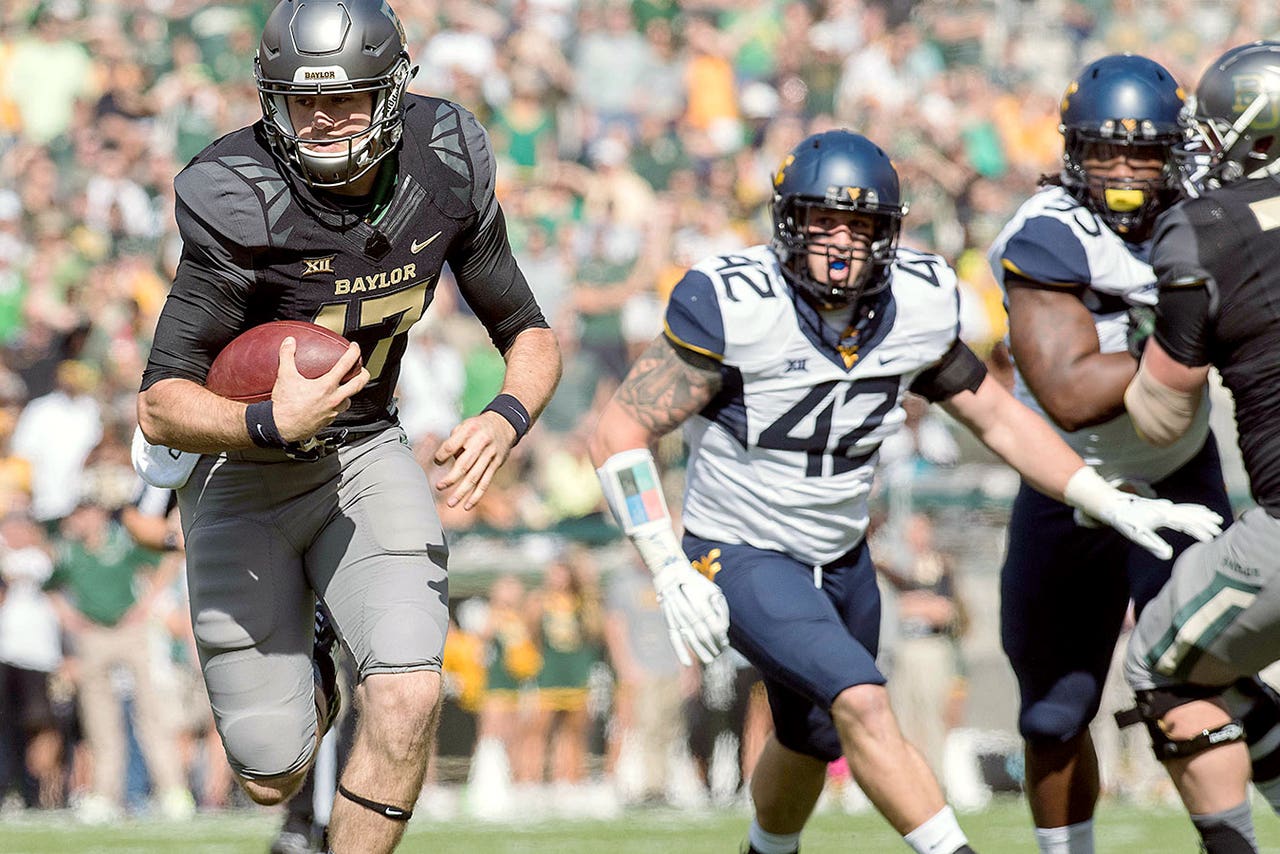 "Lot of really good news on that end," coach Art Briles said Monday. "Everything went as well as could be expected. ... He's moving around, he's comfortable, and he's Seth. He's a fighter, and we're anxious for him to get back on campus and get back around us."

Russell had surgery Friday to repair damage to his cervical vertebra. He fractured a bone in his neck late in a 45-27 win over Iowa State on Oct. 24.

In a message Russell posted on his Twitter and Instagram accounts over the weekend, the junior quarterback shared of picture of himself in his hospital bed wearing a neck brace and flashing the school's "Bear Claw" hand signal with his right hand. Resting on his left arm was a small teddy bear with No. 17 reflecting Russell's jersey number and a bandaged neck.

"Prayers were answered..surgery couldn't have gone any better! God is always with us during the most difficult of times. The road to recovery begins! Sic em' bears," the post read.

Former Baylor quarterback Robert Griffin III, who became the school's only Heisman Trophy winner in 2011, visited Russell over the weekend when the Washington Redskins had an open date.

Russell was the top-rated passer in the Bowl Subdivision when he got hurt, completing 119 of 200 passes for 2,104 yards with 29 touchdowns and six interceptions. He also ran for six scores in his first season starting for the NCAA's top offense (686 total yards, 61 points a game).

Freshman Jarrett Stidham will take over as the starter. He has played in every game so far, completing 24 of 28 passes for 331 yards with six touchdowns and no interceptions.