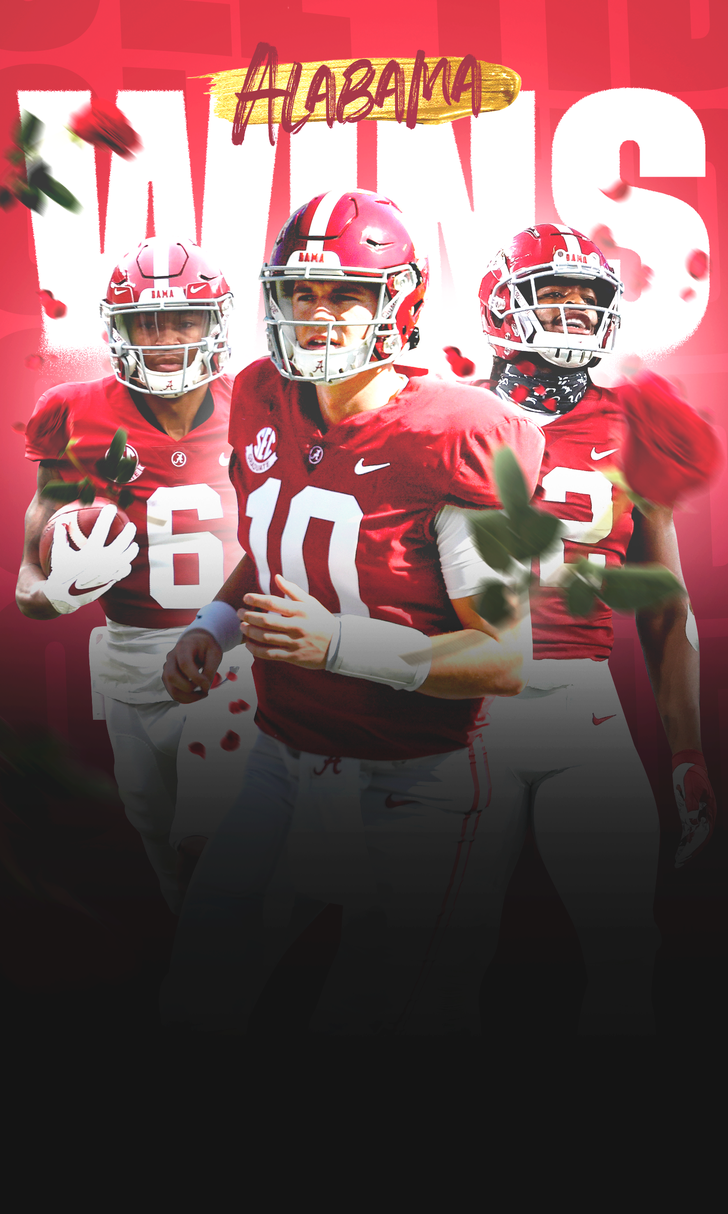 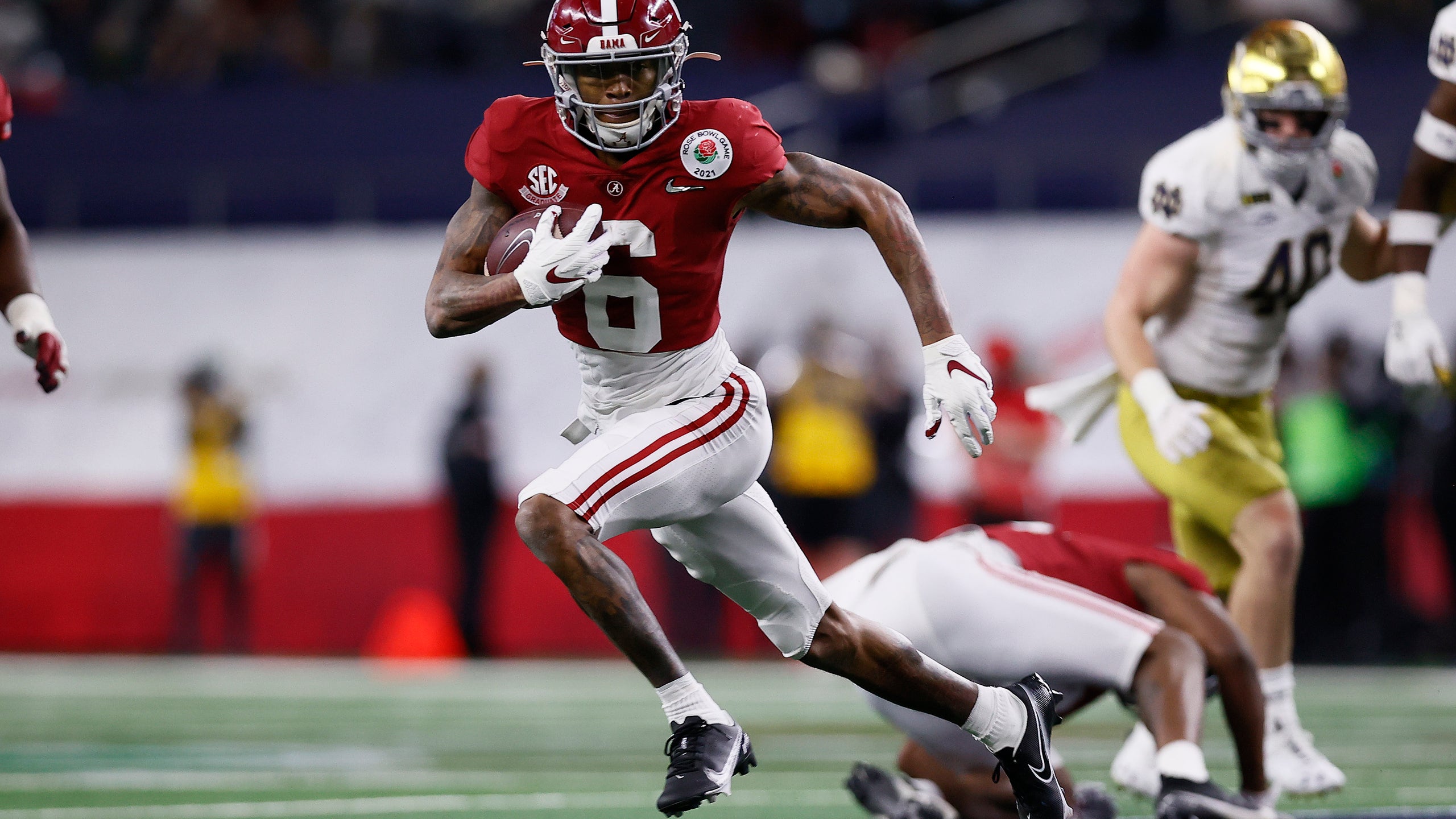 Another year, and another Nick Saban-led Alabama team is heading to the national championship.

After a 31-14 romp over the Notre Dame Fighting Irish, Saban is now heading to his eighth national championship game as the head coach of the Alabama Crimson Tide.

Alabama did most of its damage in the first half, building a 21-7 halftime lead over Notre Dame that they would nurse the entire second half.

And while their ascendancy might have seemed routine, there were still moments that reminded viewers of just how dominant the Crimson Tide truly are.

The hurdle itself was amazing, but it took on even more signifcance when factoring in it was a special request from one of the world's greatest current athletes, United States Women's National Team star Megan Rapinoe.

Earlier this week, Harris had expressed his admiration for Rapinoe, and she returned the favor.

And by making good on the request from Rapinoe, Harris sent Twitter into a frenzy.

For the night, Harris recorded 125 yards on 15 carries.

For Alabama wide receiver DeVonta Smith, superiority has been the norm this season for him.

But on his biggest stage of the season thus far, he might have made his final case for why he is most deserving of this year's Heisman trophy.

Smith caught seven catches for 130 yards and three touchdowns against Notre Dame, outscoring the Fighting Irish all by himself.

For Smith, it was his eighth game this season with at least 100 yards receiving, the most in Alabama's prestigous history.

It was also the seventh game of the season for Smith with at least two receiving touchdowns, with six of those games coming in the last seven games he has played.

With the three touchdowns in the Rose Bowl, he and his teammate Harris became the first teammates in FBS history to accomplish a majaor milestone.

3. An outcome too familiar for Notre Dame

Since 1998, Notre Dame has not had an easy going in New Year's Six bowl games or BCS games.

Against Alabama, it was more of the same.

Alabama entered the game as 19-point favorites, the largest ever spread for a College Football Playoff matchup.

The Crimson Tide nearly covered the spread, outscoring the Fighting Irish by 17 points, but Notre Dame managed to come in the back door after re-thinking a potential punt on 4th down with 3:35 remaining.

While Notre Dame had an exceptional season, winning their first 10 games, they have now been outscored 65-17 in their last two games against Clemson and now Alabama.

Now, Brian Kelly will go back to the drawing board to figure out a way to get his Notre Dame program over the hump and competitive against the truly elite programs.

How To Win $500,000 on Bucs-Packers
Jason McIntyre breaks down the NFC Championship and offers his tips to help you win big in this week's Super 6 contest.
3 hours ago

Playing Catch-Up
Lamar Jackson and the Ravens crashed out of the playoffs again. Is a true No. 1 receiver the answer to their postseason woes?
9 hours ago

Tom vs. Time: The Ultimate Mismatch
At age 43, Tom Brady continues to defy the doubters, upending conventional logic and, yes, hunting yet another Super Bowl.
19 hours ago

Lifting Their Voices
On Martin Luther King Jr. Day, Bubba Wallace and other athletes reflected on using their platforms for social justice.
21 hours ago
those were the latest stories
Want to see more?
View All Stories
Fox Sports™ and © 2021 Fox Media LLC and Fox Sports Interactive Media, LLC. All rights reserved. Use of this website (including any and all parts and components) constitutes your acceptance of these Terms of Use and Updated Privacy Policy. Advertising Choices. Do Not Sell my Personal Info