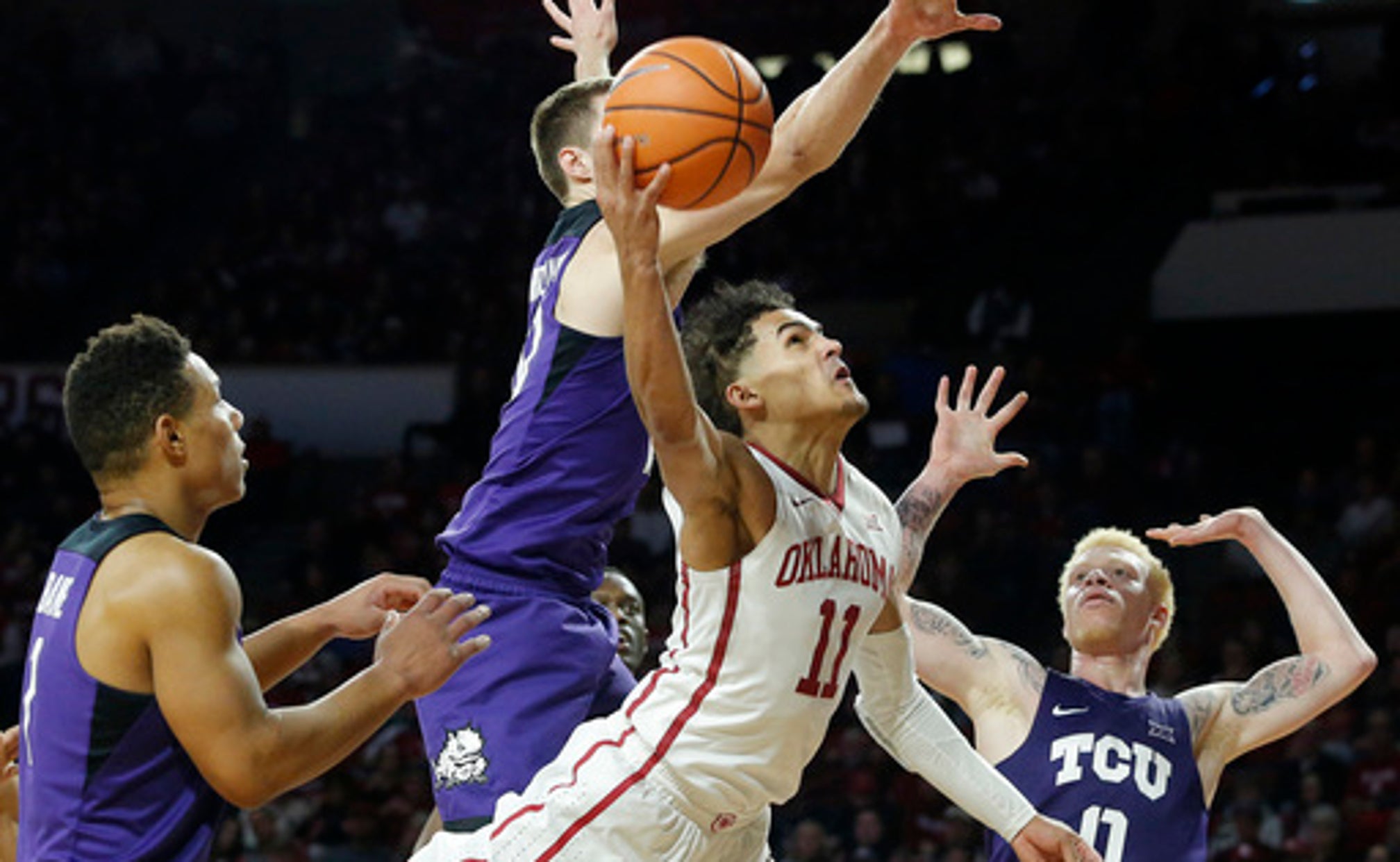 ''Sometimes you wonder, is he even human?'' James said.

Young, the freshman who leads the nation in scoring and assists, matched a season scoring high and also had 11 rebounds and seven assists. He made 10 3-pointers, one short of the school record of 11 set by Brent Price against Loyola Marymount in 1990. He pushed his season scoring average to 30.1 points per game.

''I had to continue to be aggressive, and the shots were there and open for me to take, so I was just trying to knock it down every time,'' Young said.

It was Young's second dominant performance against TCU this season. He had 39 points and 14 assists and made the game-winning free throws with 7 seconds left in a 90-89 win over the Horned Frogs on Dec. 30.

Jaylen Fisher had a career-high 22 points and Vladimir Brodziansky added 21 for TCU (13-4, 1-4), which lost its second overtime game of the week. TCU lost to Texas in double-overtime on Wednesday after Fisher missed what would have been the go-ahead layup in the closing seconds.

TCU's losses are by a combined 11 points, and three have been in overtime. Coach Jamie Dixon shrugged off questions about how difficult losing so many close games must be.

''I expressed that to them wholeheartedly in the locker room afterward that I am positive without a shadow of a doubt that we are as good as anybody, and I think we are going to show it down the road,'' Dixon said.

Young scored 11 points in a 3-minute span to help the Sooners rally from a 6-point deficit and tie the game at 85. He found James for a 3-pointer with 6 seconds remaining that gave the Sooners an 89-87 lead.

''I mean being the competitor I am, obviously I want to take the last shot and I want the game to be in my hands,'' Young said, ''but I want to make the right play, and the right play was throwing it to Christian. I have so much trust in him to knock it down, and he did.''

Fisher's layup with 1.4 seconds left forced overtime. In the extra period, the Sooners outscored the Horned Frogs 8-0 from the free throw line.

''We needed them all,'' Oklahoma coach Lon Kruger said. ''They weren't easy shots, but they still stepped up and knocked them down.''

TCU: The Horned Frogs are likely out of the hunt for the Big 12 title, but the schedule eases up a bit, and they have a chance to get some wins by the end of January.

Oklahoma: Young continues to make adjustments and dominate after halftime. It's another quality win for the Sooners, who are in the race for the conference title and a No. 1 seed in the NCAA Tournament.

Young is averaging 21.6 points per game after halftime in Big 12 play.

''I think it's just competitiveness that kind of rises again in the second half, and it's not like his first half today wasn't good,'' Kruger said. ''It was pretty good. He's a competitor and he wants his team to win and he is willing to go out there and step up when he needs to. ''

Young has Oklahoma's freshman record for assists in a season just five games into conference play. His seven dimes on Saturday increased his season total to 160. He surpassed Tommy Masson-Griffin (154 in 2009-10). He also became the fourth player in program history to score 40 points in a game multiple times, joining Wayman Tisdale (five), Stacey King (two), and Jeff Webster (two).