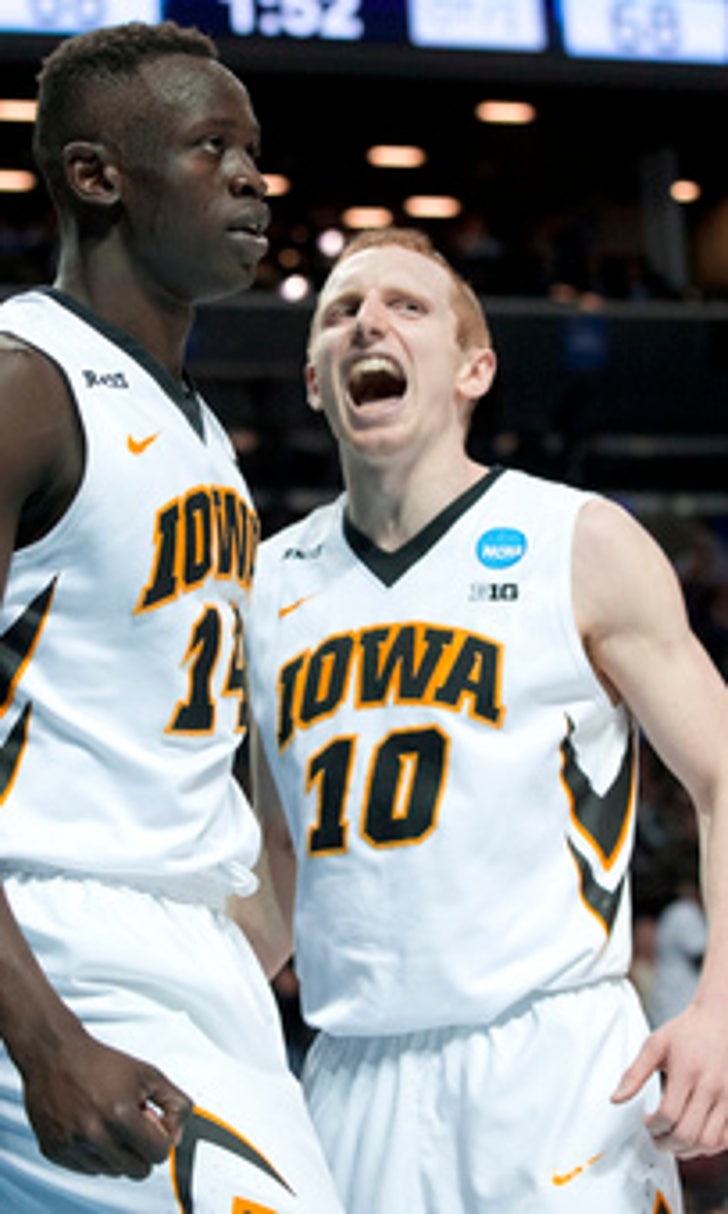 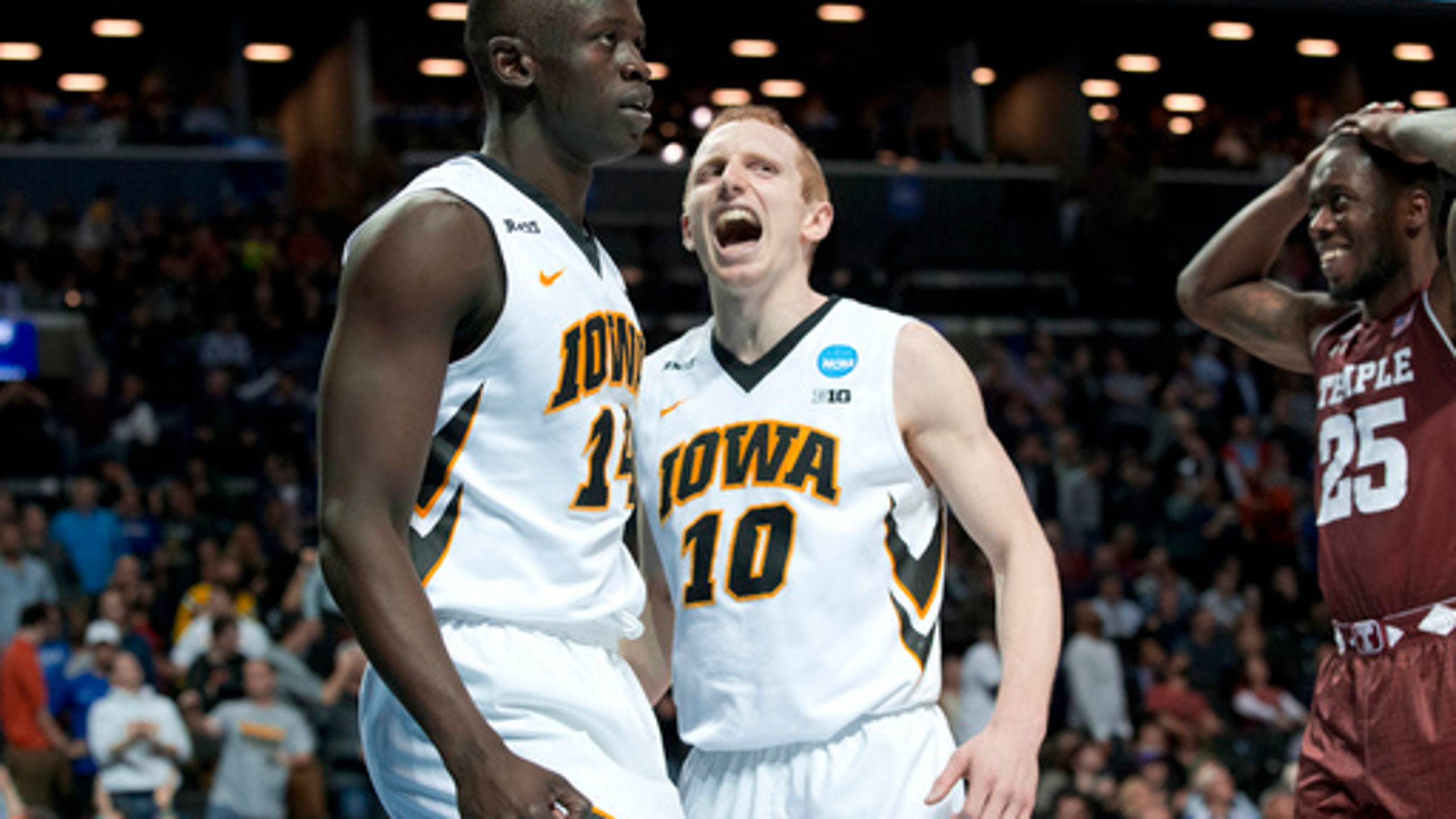 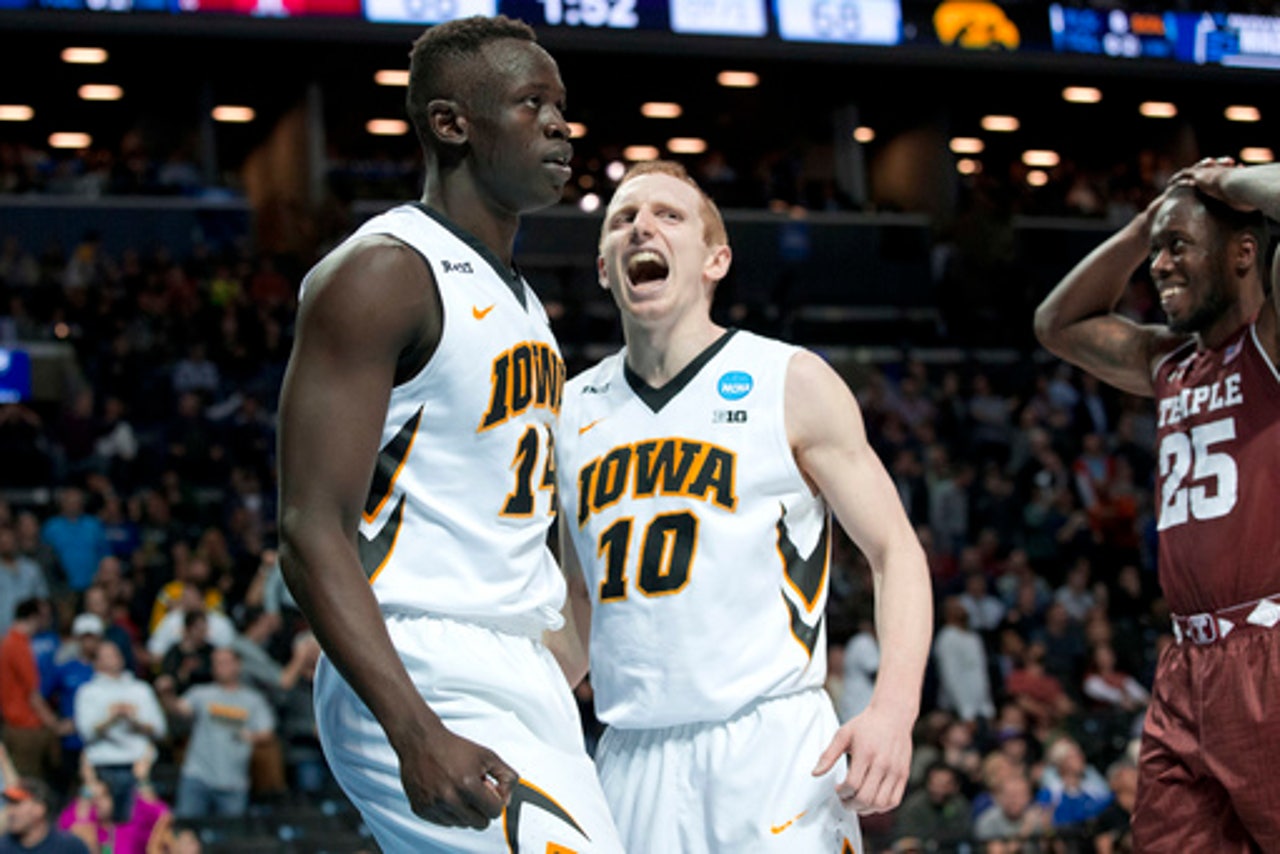 NEW YORK (AP) Adam Woodberry put back a missed shot at the overtime buzzer to give Iowa a 72-70 victory over Temple on Friday in the first round of the South Regional at Barclays Center.

With the game tied at 70, Mike Gesell worked his way to the baseline and put up about a 10-foot jumper that missed the rim and went right to Woodberry, who put it in as the red lights around the backboard lit up.

Jarrod Uthoff led Iowa with 23 points, while Peter Jok had 16 and Woodberry finished with 10.