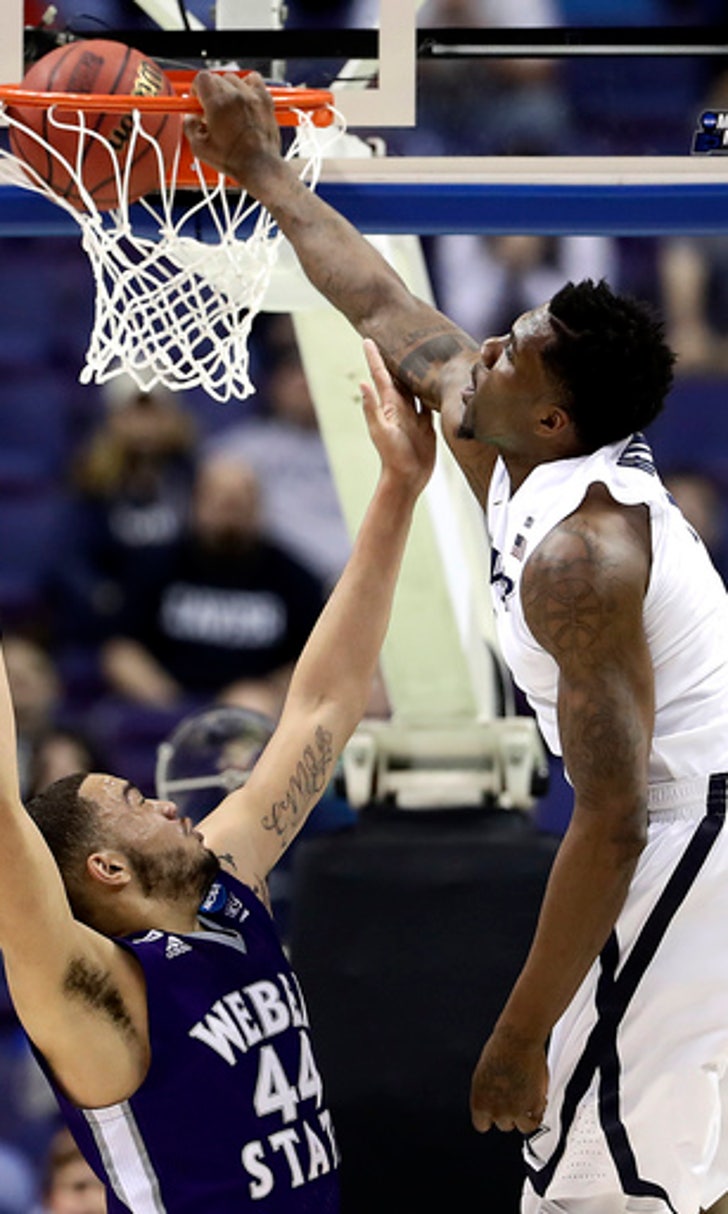 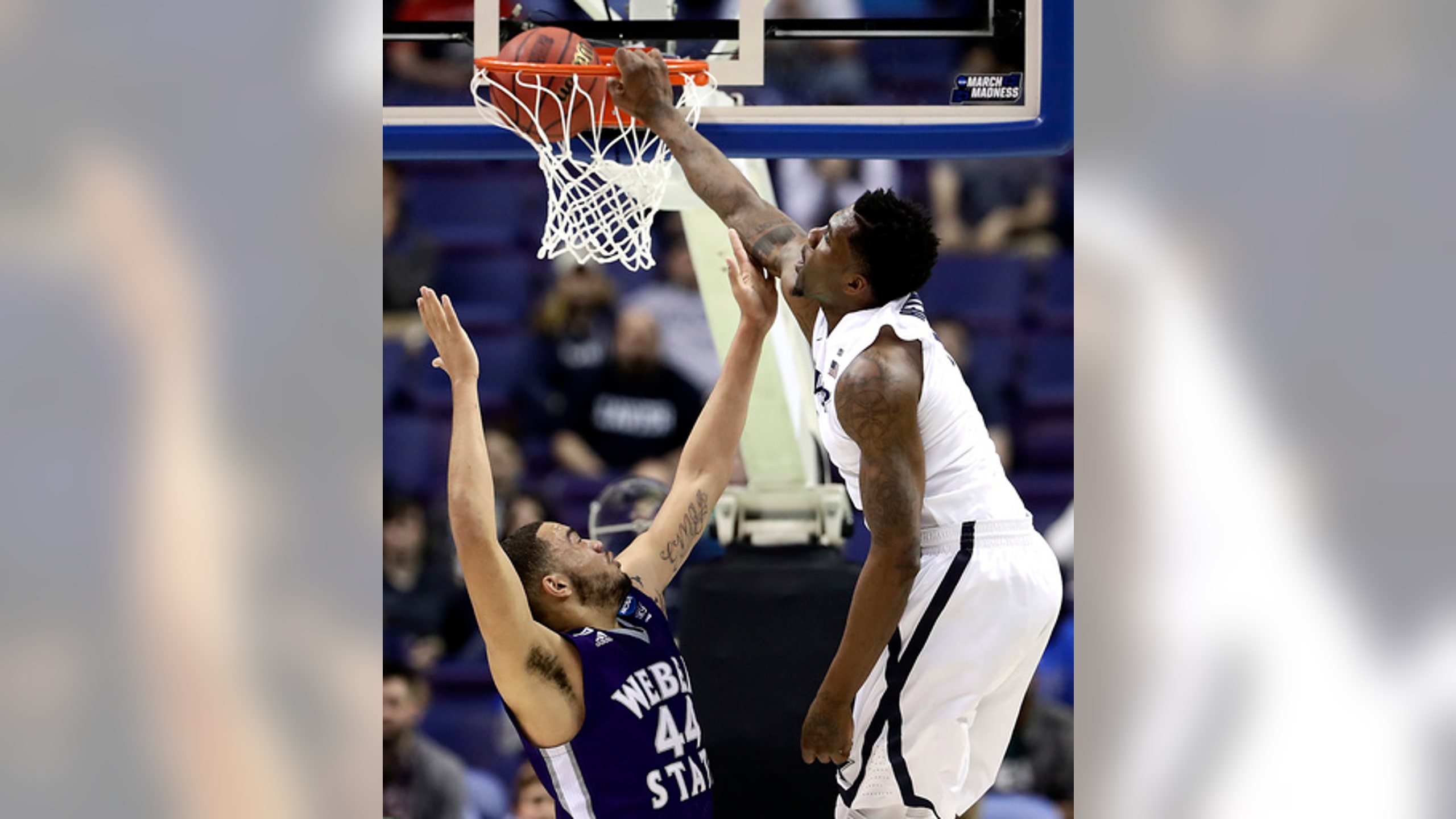 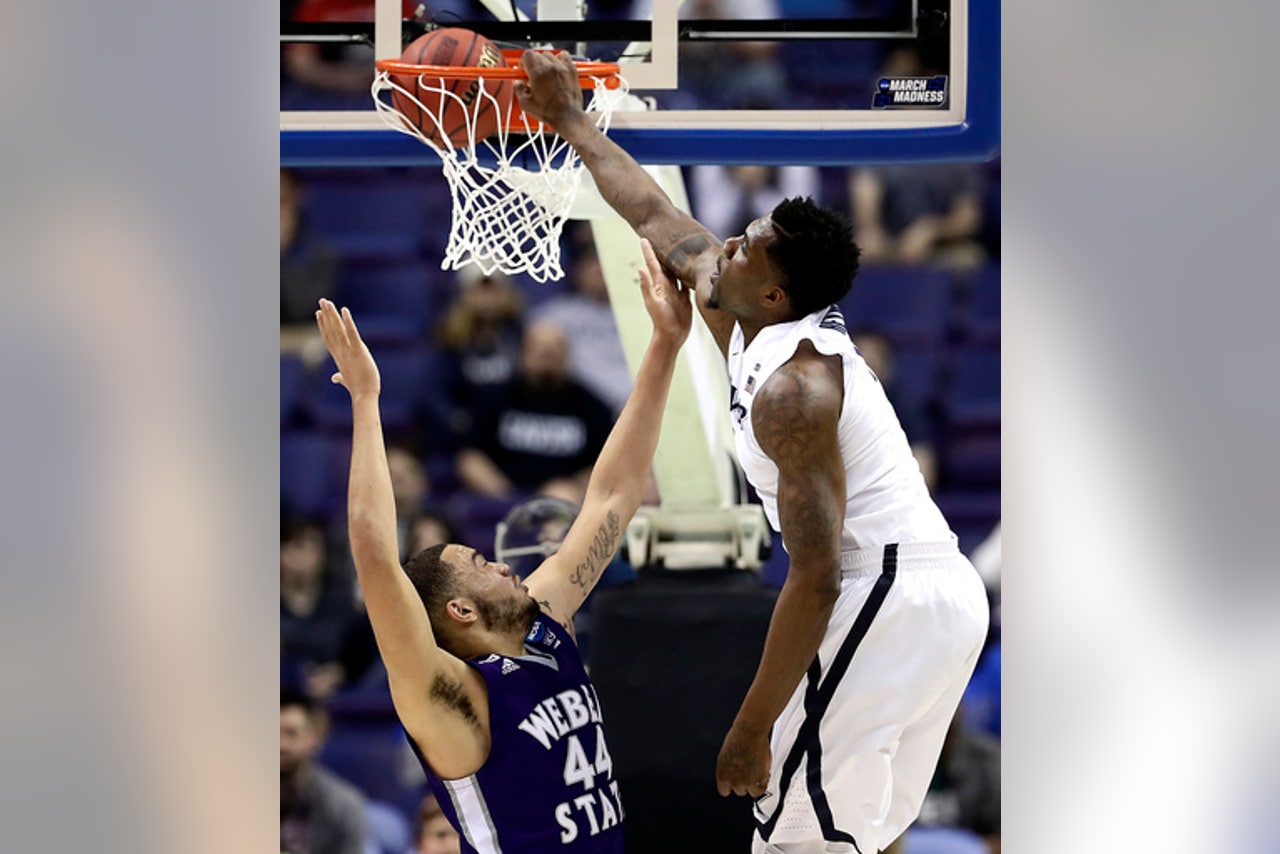 ST. LOUIS (AP) Wisconsin and Xavier might as well be playing their NCAA Tournament game in a boxing ring.

Under newly minted coach Greg Gard, the seventh-seeded Badgers pounded their way past Pittsburgh in a 47-43 first-round game that lacked any pretense of prettiness, and second-seeded Xavier relied on bruising big men James Farr and Jalen Reynolds while stomping on Weber State on Friday night.

So break out the bandages. Pack the ice packs.

Things could get rough on Sunday.

''They're big, they're physical, they're deep and they can roll a lot of bodies in there,'' Gard mused with a wry smile. ''I think it's very similar to what we've seen in our league in terms of Michigan State or Purdue or Maryland, teams that are big, physical and talented.''

Or the Badgers (21-12), who became the poster boys for a gritty, defense-first style under Dick Bennett and Bo Ryan. That hasn't changed since Ryan's abrupt retirement in December, or in the nearly two weeks since Gard was given the job on a permanent basis.

In their game against the Panthers, they struggled to reach double-digit scoring by halftime. They barely broke 30 percent shooting. Star forward Nigel Hayes was 3 for 17 from the field, and top sharpshooter Bronson Koenig failed to hit a 3-pointer for the first time in 44 games.

But thanks to their defense, they managed to overcome the Panthers down the stretch.

''Early in the season, I don't know if we'd have been able to pull out a win when we shot it that poorly,'' the Badgers' Zak Showalter said. ''I think that says a lot about our progress this season.''

Style isn't the only similarity between the schools. Success is another. They represent two of the nine schools that have reached the Sweet 16 in five of the past eight seasons.

''Greg earning the job before the season was over says a lot about the job he's done,'' Xavier coach Chris Mack said. ''I'm really happy for him. A big-time job. But he's proven so far he's more than able.''

Much like they have in years past, the Musketeers (28-5) are using the same script that Mack put in place when he took over for current Arizona coach Sean Miller: Pound away in the paint, get loose on the perimeter, and mix man-to-man defense with a 1-3-1 zone that can cause all kinds of confusion.

Just ask their first-round opponent, the No. 15 seed Wildcats.

Farr had 18 points and 15 rebounds. Reynolds added 12 more points. And the pair of 6-foot-10, 240ish-pound forwards probably could have had more with the ease they were able to get to the rim.

But that's what makes Xavier so difficult to guard. Not only do the Big East standard-bearers have a physical presence inside, they have one of the best perimeter players in Trevon Bluiett, and athletes who are capable of turning up the tempo.

''I think pace does pay a role,'' said the Musketeers' Myles Davis. ''Wisconsin likes to slow the ball down. We have a certain pace we go with. But honestly, it doesn't matter. It's about getting stops.''

SPEAKING OF PACE: As rugged as the Musketeers may be, they still average more than 80 points. ''It's not like we're trying to walk the ball up the court,'' the Badgers' Ethan Happ countered. ''If we have something available in transition, we're definitely going to take that.''

GETTING DIRTY: Farr wasn't always a bruising post player for the Musketeers. ''When he first came to Xavier, he fancied himself a pick-and-pop 3-point shooter,'' Mack said. ''I've just seen his confidence grow and grow. He's taken that jump shot and put it deep in his back pocket.''

REVENGE FACTOR: Xavier has won the last two meetings, including one against the Badgers in the second round of the 2009 tournament. That was the year before Mack took over the Musketeers.

HOME COOKING: Showalter's father is an assistant coach at nearby Lindenwood University, where his brother Jake Showalter also plays. ''It was good to see them,'' Zak Showalter said. ''I call (my dad) pretty much after all our games. He calls me after his games to check in, critique me.''

STEERING CLEAR: Gard said that Ryan sent him a congratulatory text after the Badgers advanced, but that was it. ''He said back in December, `You know what you're doing. Go coach,''' Gard said. ''He sent a text message, `Keep it going. Good luck.' All the same things 300 other people sent me.''