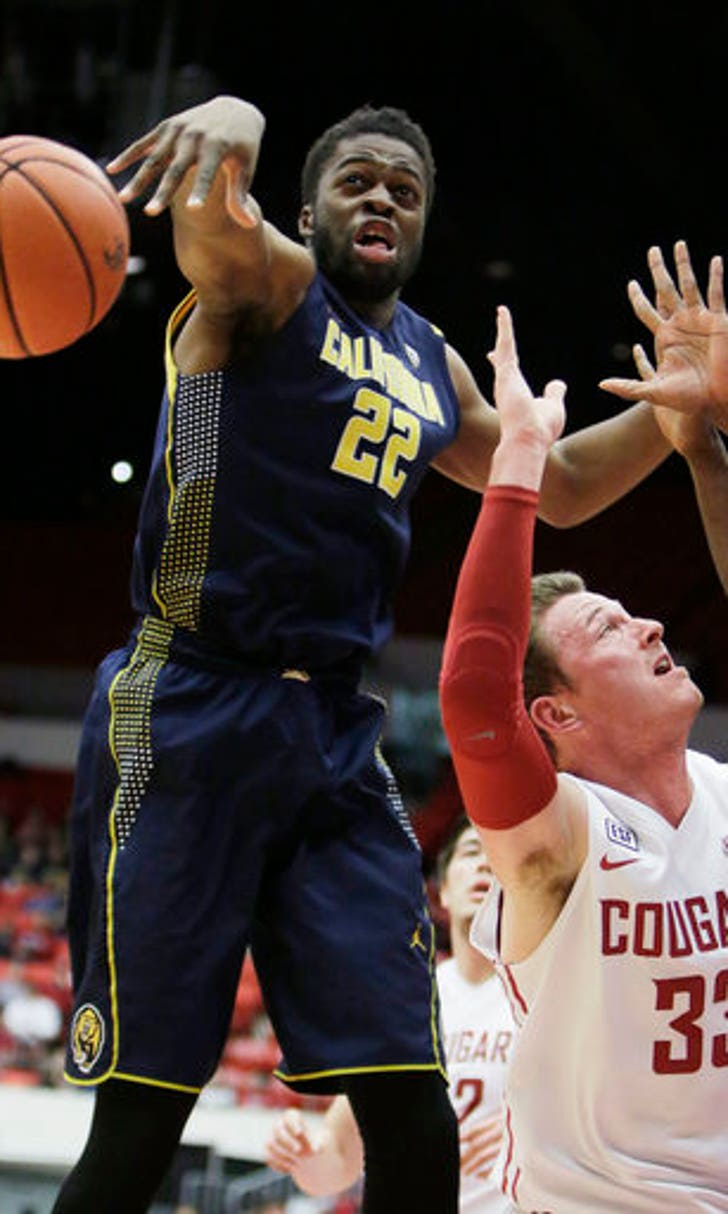 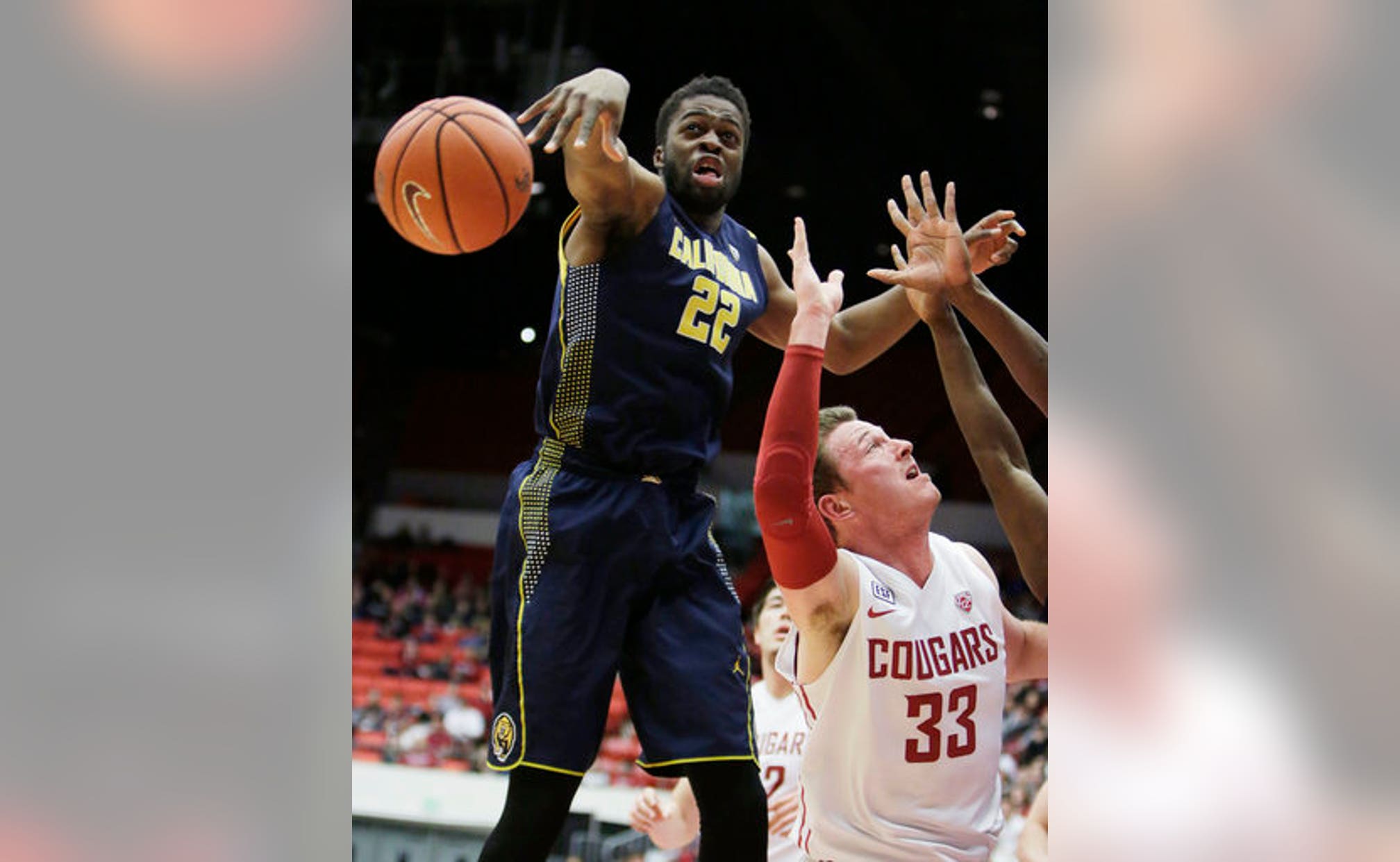 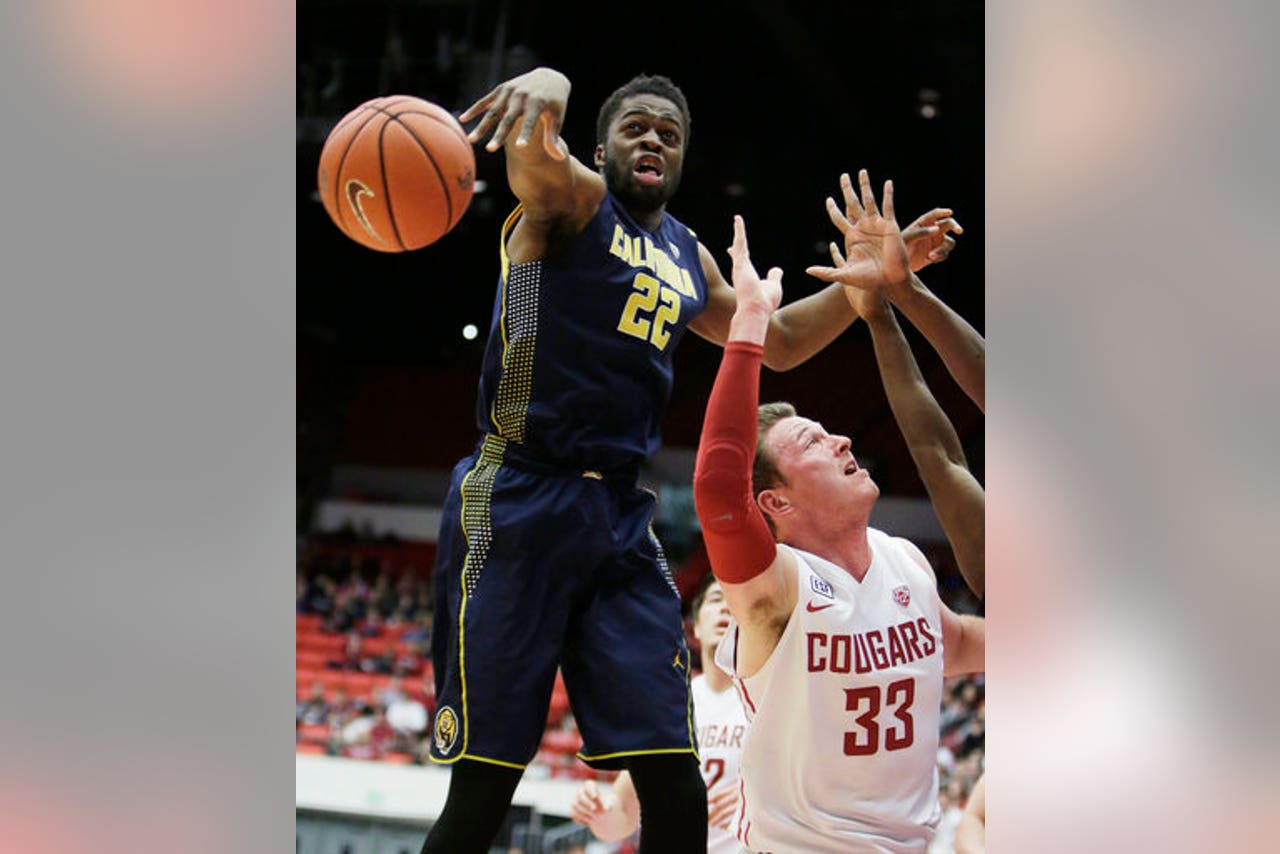 PULLMAN, Wash. (AP) The public address announcer mistakenly announced six starters for Washington State during pregame introductions for Sunday night's game with California. The Cougars only wish they could have used six defenders to try to slow down Tyrone Wallace.

Wallace poured in 15 of his 17 points in less than four minutes when the Bears pulled away in the second half of an 80-62 romp at Beasley Coliseum.

Wallace, known more for scoring on drives than outside shots, sank all six of his shots during his scoring outburst. Three of the shots were 3-pointers.

''They were playing back, trying to bait me to shoot,'' Wallace said. ''I trust the process. I always work on my shot.''

Wallace is one point away from cracking the top 10 in career scoring at California, but the senior guard is a 29 percent career shooter on 3-pointers. He scored all 17 of his points in the second half Sunday - he attempted only one shot in the first half - and he was 3 for 3 from beyond the arc.

''He played great,'' Bears coach Cuonzo Martin said. ''He's a talented basketball player, so I'm not surprised. When his 3 ball is falling, it could be a long night for you.''

The Bears (19-8, 9-5 Pac-12) won their fifth straight game and moved into fourth place in the conference standings. The top four seeds receive first-round byes in the Pac-12 tournament.

The Cougars (9-18, 1-14) clinched the 12th seed with their latest loss. Que Johnson scored 17 points for WSU, and Josh Hawkinson and Conor Clifford both added 12.

''We're in a groove right now,'' Wallace said. ''The offense is clicking. The ball is moving. We've got different guys making plays every game. On the defensive end, we're playing well, also.''

The Bears held Washington State to 40.4 percent shooting and outrebounded the Cougars 33-20. Freshman Ivan Rabb scored 15 points on 5-for-5 shooting for Cal. Jabari Bird sank all three of his 3-pointers to score nine of his 13 points in the first half despite playing just five minutes after picking up two fouls.

''He can explode (offensively),'' Wallace said. ''He can make shots in bunches.''

The Bears sank 10 of 13 shots in the game's first 11 minutes, including their first five 3-pointers, to take a 25-11 lead. The Cougars knocked down 12 of 13 free throws and pulled within six before Jordan Mathews buried a 3-pointer to give California a 40-31 lead at the half.

''Cal is certainly a talented team,'' WSU coach Ernie Kent said. ''Really good athleticism, size . (but) we had an opportunity, in my opinion, to just play smarter and a little bit tougher defensively to stay in the game.''

California: The Bears have impressive bloodlines. Nick Kerr and Kameron Rooks are the sons of former NBA players Steve Kerr and Sean Rooks, respectively. Roger Moute a Bidias is the brother of Luc Richard Mbah a Moute of the NBA's Los Angeles Clippers. Jabari Bird is the son of former Cal star Carl Bird. Cole Welle is the grandson of James Black, who played for John Wooden at UCLA.

Washington State: The 13-game losing streak is tied for fourth longest in school history. The school record of 18 was set in 1989-90. The Cougars have at least four games left to play, counting the conference tournament.

Ike Iroegbu, WSU's second-leading scorer, has scored eight points or less in four consecutive games. He was limited to seven points on 2-for-9 shooting Sunday.