Sixteen players stepped onto the court in the national championship game between North Carolina and Gonzaga Monday in Glendale, each with the hope of making history and becoming a college basketball immortal. But it was the three guys wearing stripes that took over the NCAA tournament final, bogging the game down with ridiculous fouls, blown calls, unnecessary replay reviews and ruining the greatest night in the sport so badly that you expected them to snatch the trophy from Mark Emmert, put on Carolina's championship T-shirts and drive off into the Arizona night.

The popular sentiment (you can already see it on Twitter and Facebook) is that the refs were pro-Carolina, something ACC fans have been whining about since the days of Dean Smith. Gonzaga was robbed, the story will go. Nonsense. These refs were equal opportunity dopes, blowing calls all over the court regardless of name, face or jersey color.

You can't say the refs did in Gonzaga, at least not with a straight face. The Zags should have had a double-digit halftime lead on Carolina but fumbled away a handful of possessions to go into the locker room up by a single possession. UNC was 26-73 from the floor and 4-27 from beyond the arc. Justin Jackson did nothing offensively until he broke free like Odell Beckham Jr. on the nail-in-the-coffin play with 17 seconds left. The Heels missed 11 free throws. They went minutes at a time without scoring. Nigel Williams-Goss had trouble hitting the short shots upon which he excels. Przemek Karnowski had six or seven lay-in attempts that he shot with the delicate touch of a rhinoceros. A Gonzaga title was there for the taking, even with the refs adding an unforeseen component. 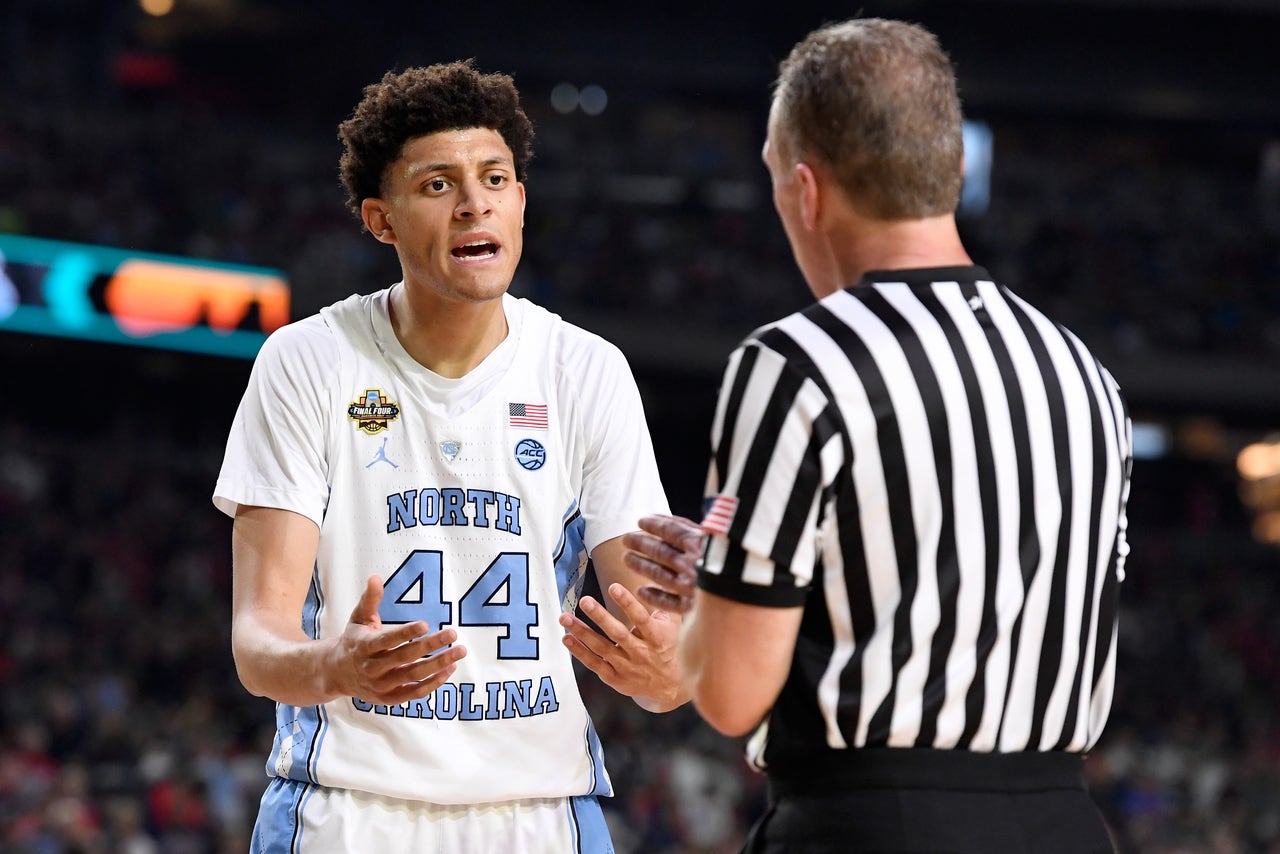 Still, the three guys in black-and-white stripes did more to affect the outcome of the game than any player on the floor. They were merely bad in the first half but after some halftime adjustments came out primed to take control of the game. There were four fouls called in the the first 78 seconds of the second half, nine fouls by the first TV timeout, 16 by the second and 22 at the third. Over the final eight minutes they calmed down, blowing only five whistles. By that time it was too late. No matter how the game ended, the refs had made their mark.

Zach Collins, Gonzaga's star seven-foot freshman, got his fourth foul with 15:53 left, trying to make space away from the ball. Could Collins have been a little smarter after picking up his third foul at the beginning of the half? Yes. Should any referee have made that call in a game as big as this? (We'll get to that.)

Six minutes later, in the exact same spot, UNC's Kennedy Meeks picked up his fourth, also away from the ball, also on a ticky-tack call (or, as analyst Bill Raftery was forced to say numerous times during the game "a nickel-and-dimer"). Gonzaga's other giant, Karnowski, got his a fourth on a Flagrant 1 that came after refs whistled Joel Berry for hanging on Karnowski's back. As the Poland native fell to the ground, he grabbed Berry's neck for a split-second and pulled him down. It didn't look dirty and it wasn't. The contact was accidental to anyone who saw a single replay, except, apparently, the refs. They needed three minutes to analyze the review, discuss it and then explain it. 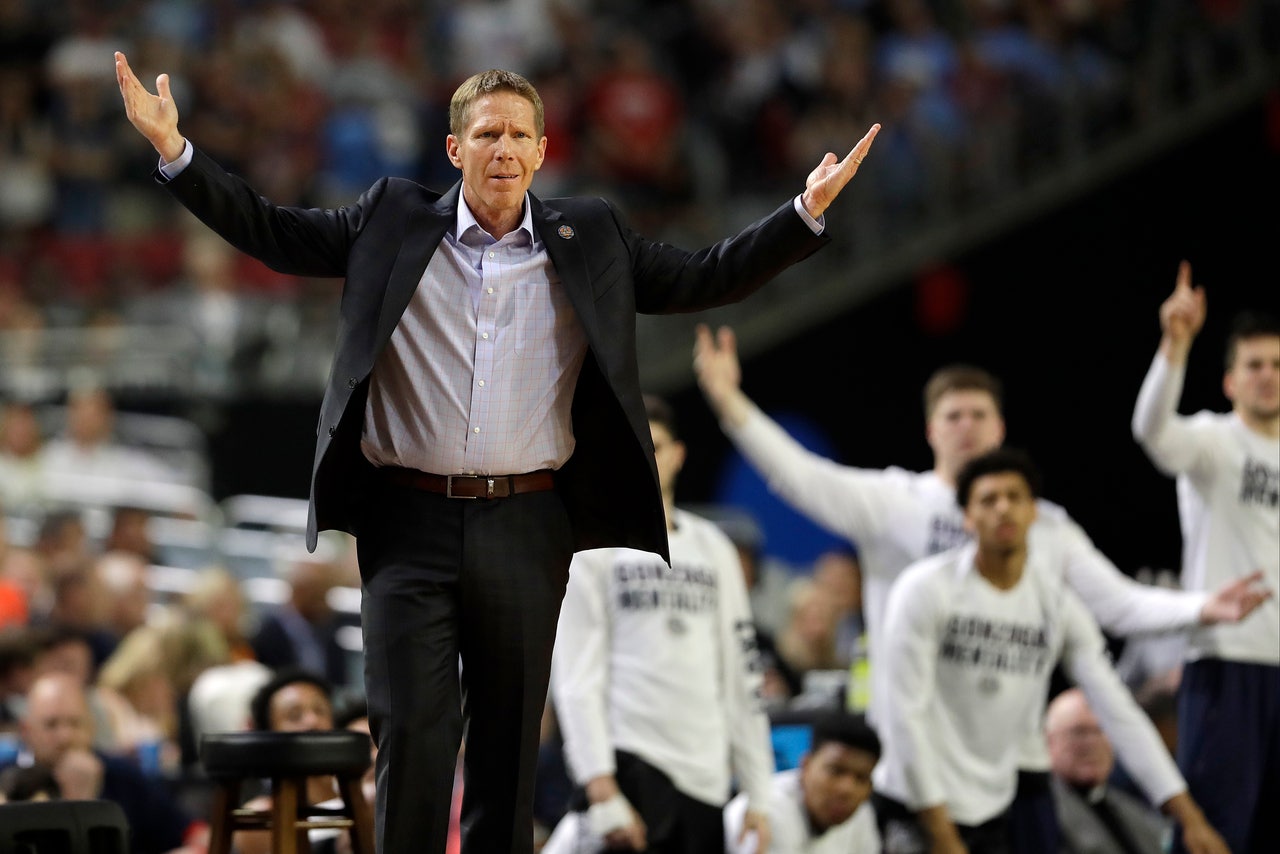 A few possessions later, Gonzaga's Jordan Mathews air-balled a 3-point attempt that went out of bounds. Two officials pointed North Carolina's way. They were overruled by the other, who said the ball was tipped by Theo Pinson. Replays, of course, showed that the ball wasn't tipped and the reason the ball had fallen so short was because Pinson smacked the shooting hand of Mathews. The officials couldn't even screw-up correctly.

The delays were almost as bad as the fouls. When the officials weren't sending teams to the line or players to the bench, they were stopping the game for unnecessary replay reviews or to create flagrant fouls that didn't happen or to huddle up so they could make come to a consensus on their incompetence. After Isaiah Hicks hit a one-hander with 6:23 left to put UNC up by four points, the zebras went to the monitors to check that Hicks had released the ball before the shot clock hit zero. It wasn't close -- the ball was almost at the rim by the time the backboard lit up -- but the game was stopped anyway, killing any chance at a momentum shift in either direction. It was like that over and over and over and over. In that eight-minute foul-fest to start the second half, a whistle was blown an average of every 22 seconds (including timeouts and other stoppages). Rarely did play go for more than a minute of game time. 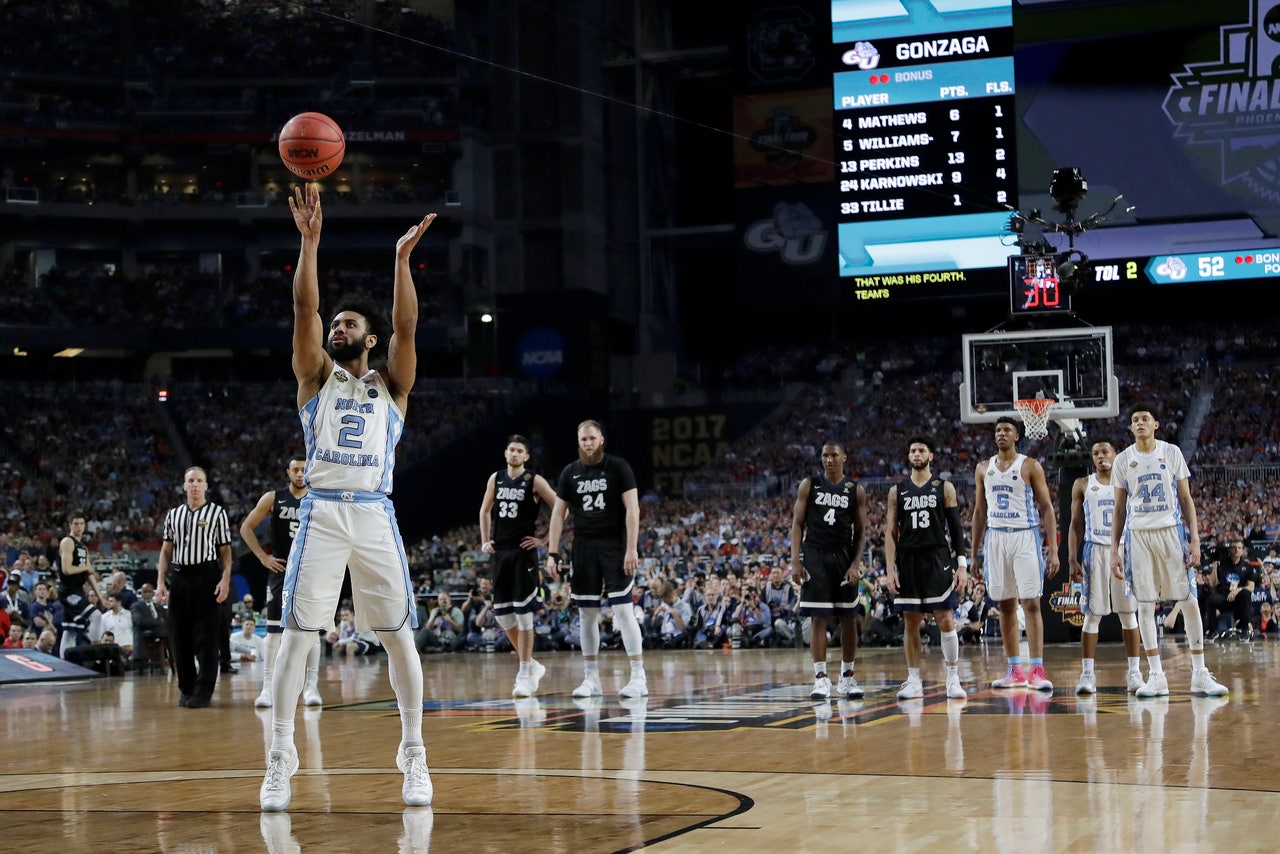 The fouls, foul trouble and resultant free throws had their obvious effect. What we'll never know is how the indefinable parts of the game were altered. Did the choppy pace keep shooting percentages down? Was the foul trouble to blame for each team's woeful stretches in the second half? Would Gonzaga have played better, worse or the same with Collins on the floor? Would Jackson, the ACC Player of the Year, have found his rhythm if the game had found its? You think you know the answers -- "obviously the Bulldogs would have been better with Collins on the floor" -- but no one does. There are endless hypotheticals created by the disjointed reality of that second half. We were robbed of the opportunity to watch players dictate the terms of the game.

That's why, no matter the result, either team's fanbase was going to complain about the refs. While North Carolina and Gonzaga were going for their one shining moment, it was the officials who altered the course of college basketball history, one whistle at a time.