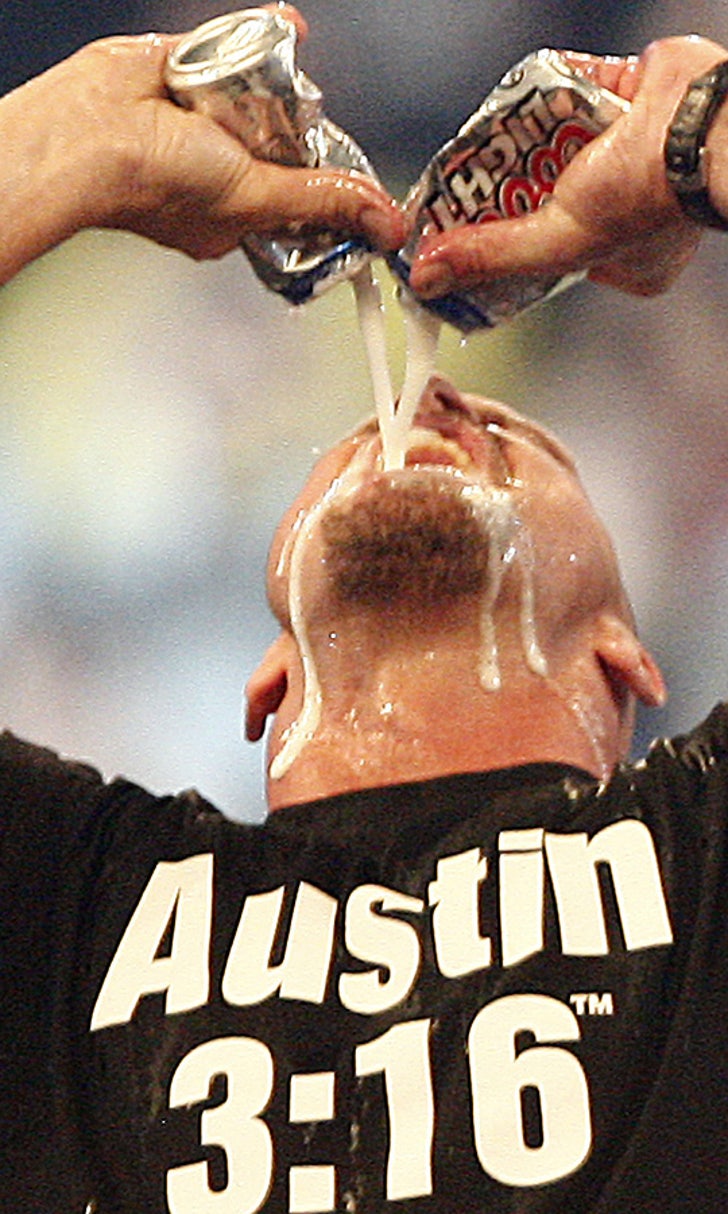 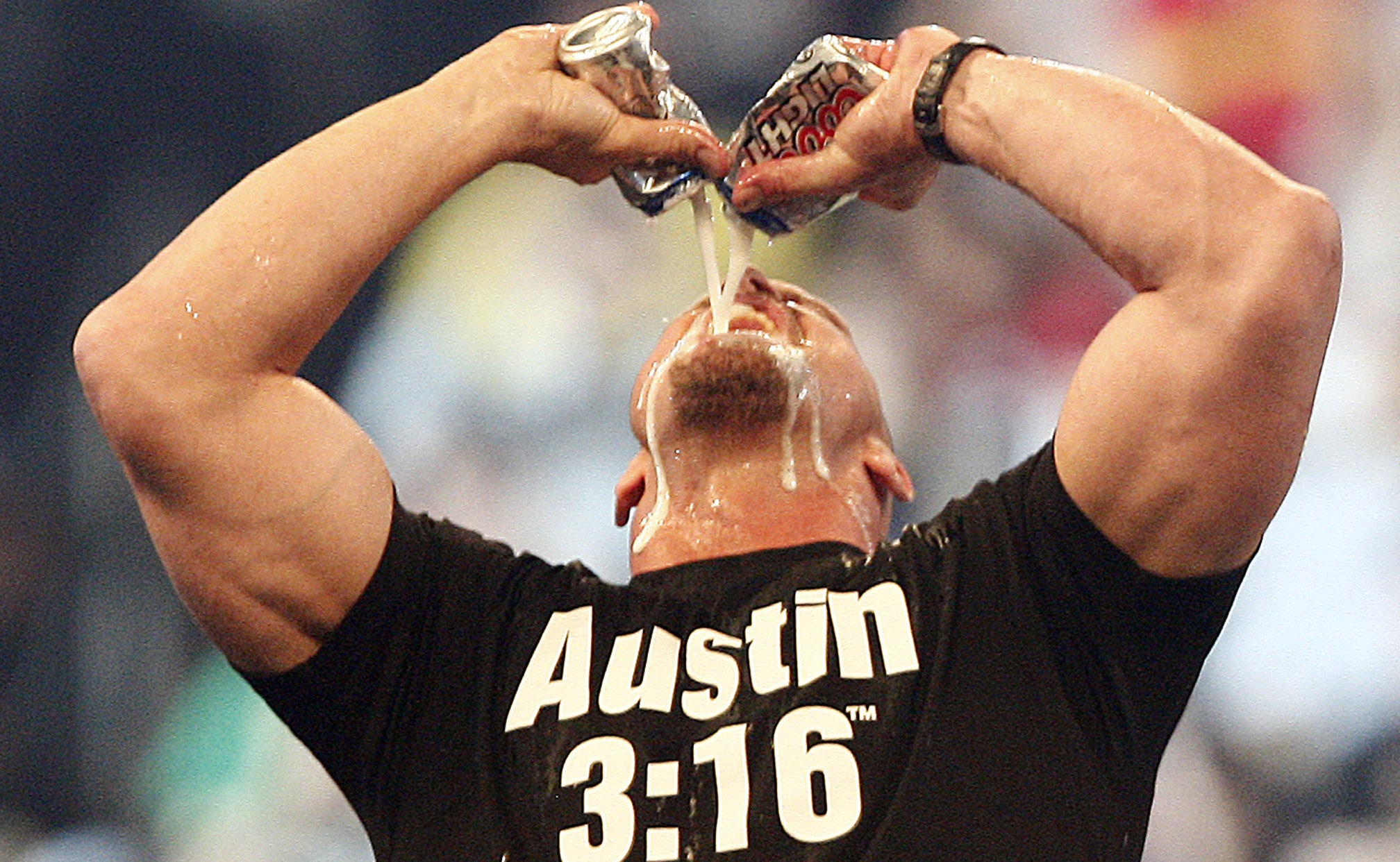 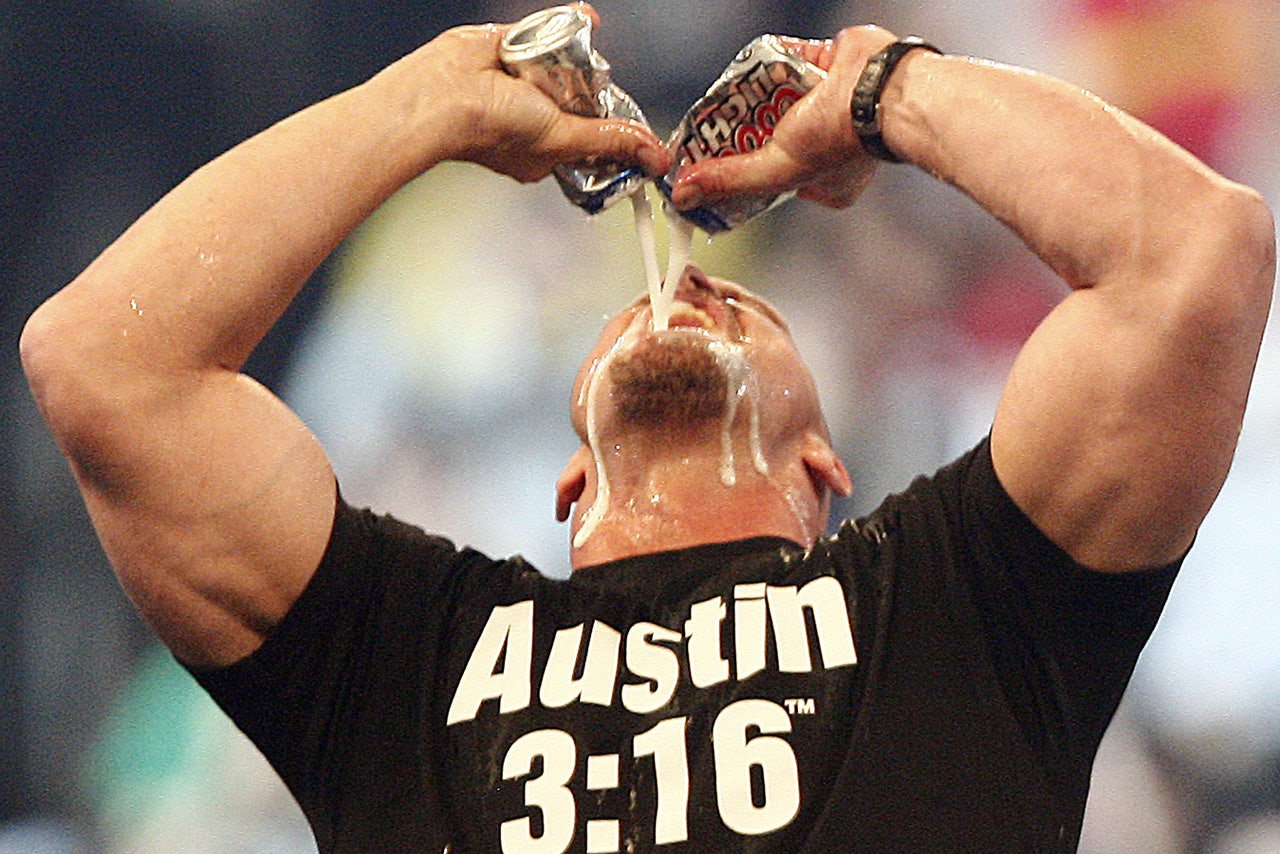 If you're anything like us, you can't hear the name "Stephen F. Austin" without thinking about broken glass and a few cold beers.

Yes, we know the Lumberjacks have nothing to do with WWE star Stone Cold Steve Austin. But we can't stop ourselves from making the association between the two. And neither can the Internet, apparently, which reacted to Friday's upset of three-seed West Virginia University with a flurry of Rattlesnake gifs.

It started in earnest when the Lumberjacks took a three-point lead into halftime:

And what better way to express a tight game midway through the second half than with a bit of Stone Cold?

Then, as Stephen F. Austin started to pull away, even Vince McMahon had to get in on the act:

"it might be cinderella time," stephen f. austin pic.twitter.com/V0Ly4jiaBI

When they laugh at your early lead as an underdog pic.twitter.com/mz8mUGySE9

Finally, once the upset was complete, the GIFs came fast and furious:

Stone Cold Stephen F Austin about to celebrate that free hotel wifi for another 2 nights like... #MarchMadness pic.twitter.com/FzSTRAHii7

me running to the stephen f. austin locker room pic.twitter.com/2WmCAUb6E4

when you go to celebrate with your main dude tonight, but he says he picked West Virginia pic.twitter.com/ywFtAdVibd

We might have found our new favorite team for this tournament, especially if it means more live coverage like this moving forward.

Stephen F. Austin Lumberjacks
share story
those were the latest stories
Want to see more?
View All Stories
Fox Sports™ and © 2021 Fox Media LLC and Fox Sports Interactive Media, LLC. All rights reserved. Use of this website (including any and all parts and components) constitutes your acceptance of these Terms of Use and Updated Privacy Policy. Advertising Choices. Do Not Sell my Personal Info