GLENDALE, Az. — Frank Martin might not be the most famous coach in college basketball — but he’s certainly one of its most colorful. Martin, who has coached South Carolina to its first Final Four in school history this March, has become well-known for his fiery sideline rants. Ones that strike fear into players, referees and pretty much anyone who crosses his path.

As you can imagine it might not be fun to live through them — but as FOX Sports learned on Thursday, it is fun to reflect back on them (assuming of course, you can get out alive). We spent the day asking South Carolina players for their best Frank Martin stories, and they were happy to oblige.

For some, the anger from Martin came right away. 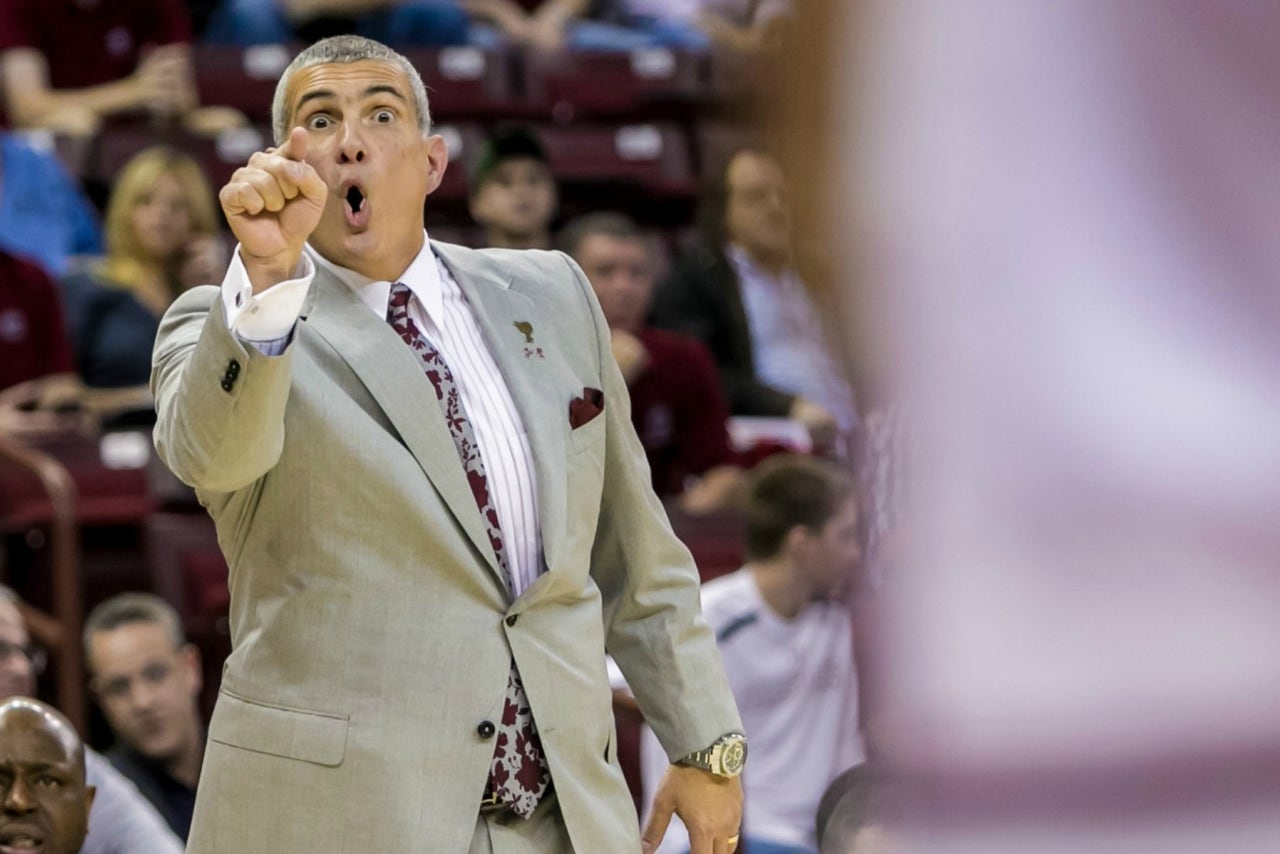 “It was in like summer workouts,” junior Jarrell Holliman said, remembering back to the weeks after he arrived on campus. “And it was like one of the first things I was doing. I reversed the ball the wrong way and… he yelled at me. And I was like, ‘I just got here!”

For others like Evan Hinson — who began practice a few weeks late after suiting up for the Gamecocks football team in the fall — Martin was a tiny bit more patient.

“He actually used to be really nice to me,” Hinson said. “I joined the team late, so learning the plays and stuff he never used to say anything. Then two weeks later he got tired of it, started snatching me out and stuff. He just took me off the court, wouldn’t let me back in practice.”

But whether it takes weeks for Martin to go off on you or just a few hours, one thing is for sure: No one is really “ready” for what’s coming, until it’s too late.

“I thought I was prepared,” junior forward Ran Tut said. “But once you’re really living it, it’s a whole different feeling.” 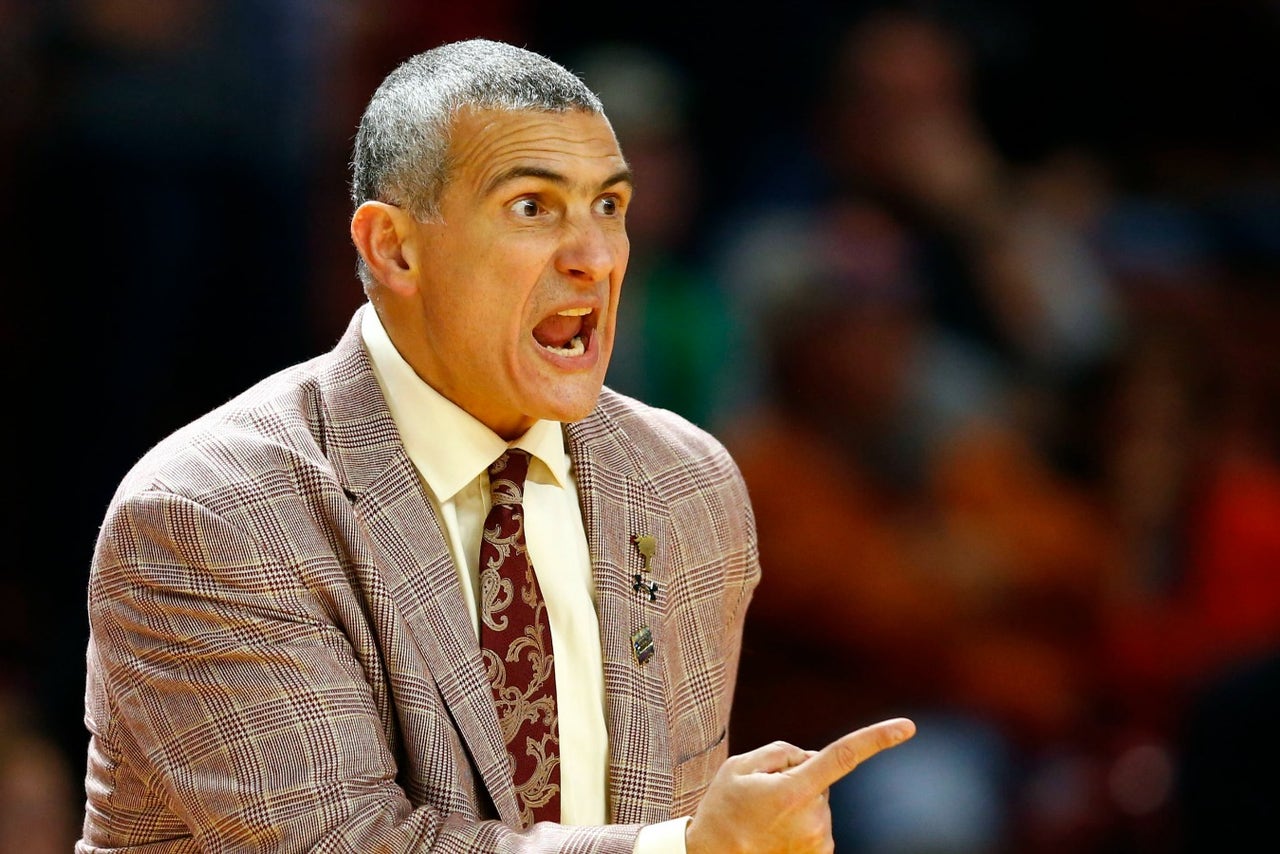 In terms of what makes Martin mad, well, that really depends on that particular moment. Some claimed that the thing that gets him most riled up is poor effort. Others claim it’s poor play on the defensive end. Either way, when Martin speaks, you better make sure and listen.

He does not like explaining the same thing twice.

Few cared to — or were really capable of — explaining exactly what Martin says when he is at his angriest. Holliman called his rantings “constructive, but explicit” while Tut simply laughed and said, “I’d really prefer not to say.”

Yet despite what the public perception on Martin may be, what his players also said is that behind closed doors, Martin can actually be a pretty funny guy. A couple players mentioned that a few times he’s caught himself acting crazy mid-rant, and stopped to laugh at himself. Tut said he’s never been afraid to tease guys during practice. Holliman even told a funny story of a time where the entire team was attending a fancy dinner, and Martin saw Holliman and went out of his way to compliment his attire. The problem was, Holliman hadn’t gotten the memo that he was supposed to dress up.

“We get to the dinner and he goes, ‘Hey, that shirt looks good on you,’” Holliman said. “And I’m just wearing a Gamecocks t-shirt.” 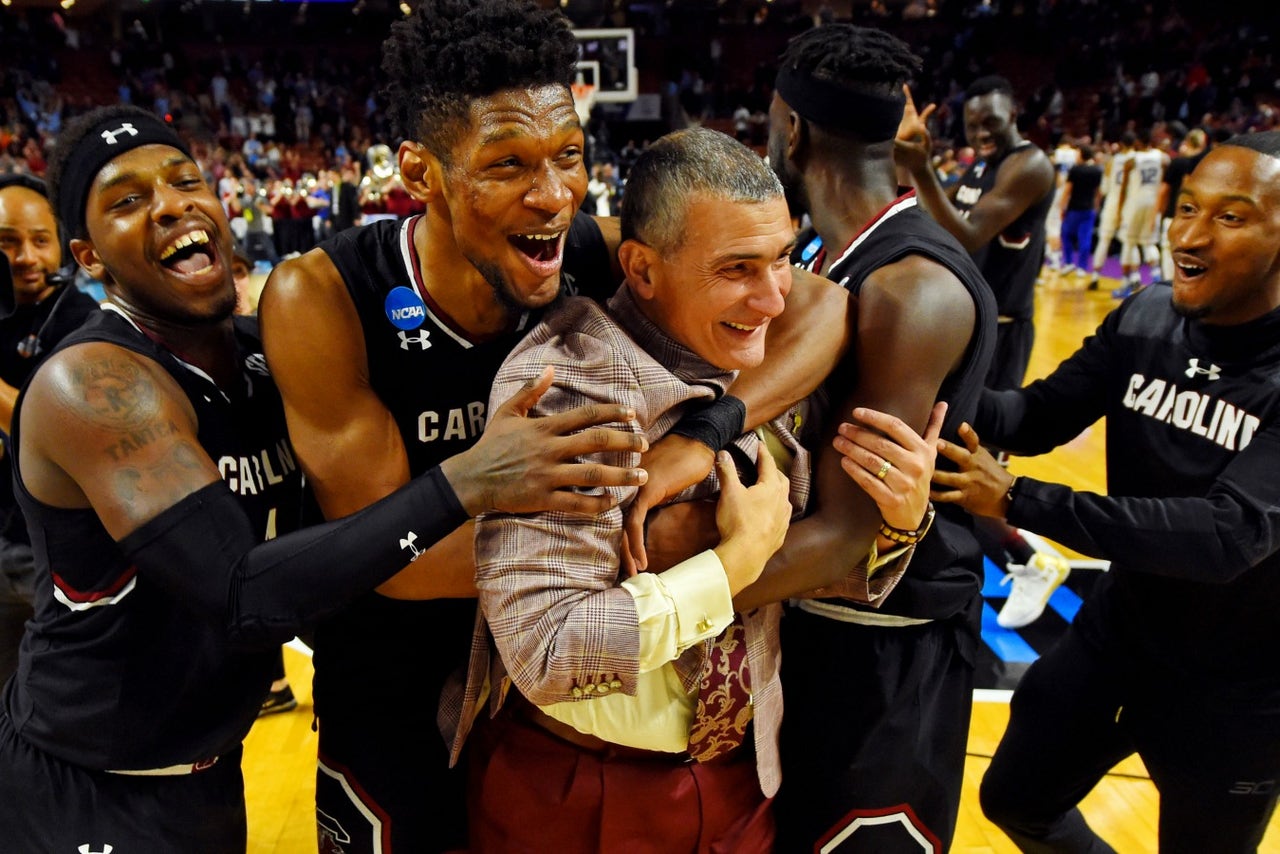 But while the yelling surely strikes fear in players while it’s happening, they also readily admit that it’s helped mold them into the mentally-tough team they are today.

And virtually every player agrees that the reason the team has become so successful is because of their coach.

“Being 100 percent honest, [he gets so mad] because he wants his system to be a certain way,” Holliman said. “We’re in the Final Four right now. He can get as mad as he wants but it’s all constructive, and he wants it his way because his way works. He’s seen it work.”

“I thought he was crazy,” Hinson said. “But now I see that it’s actually not that bad."

“And usually if he’s screaming like that, you probably deserved it.”

Southeastern
share story
those were the latest stories
Want to see more?
View All Stories
Fox Sports™ and © 2021 Fox Media LLC and Fox Sports Interactive Media, LLC. All rights reserved. Use of this website (including any and all parts and components) constitutes your acceptance of these Terms of Use and Updated Privacy Policy. Advertising Choices. Do Not Sell my Personal Info