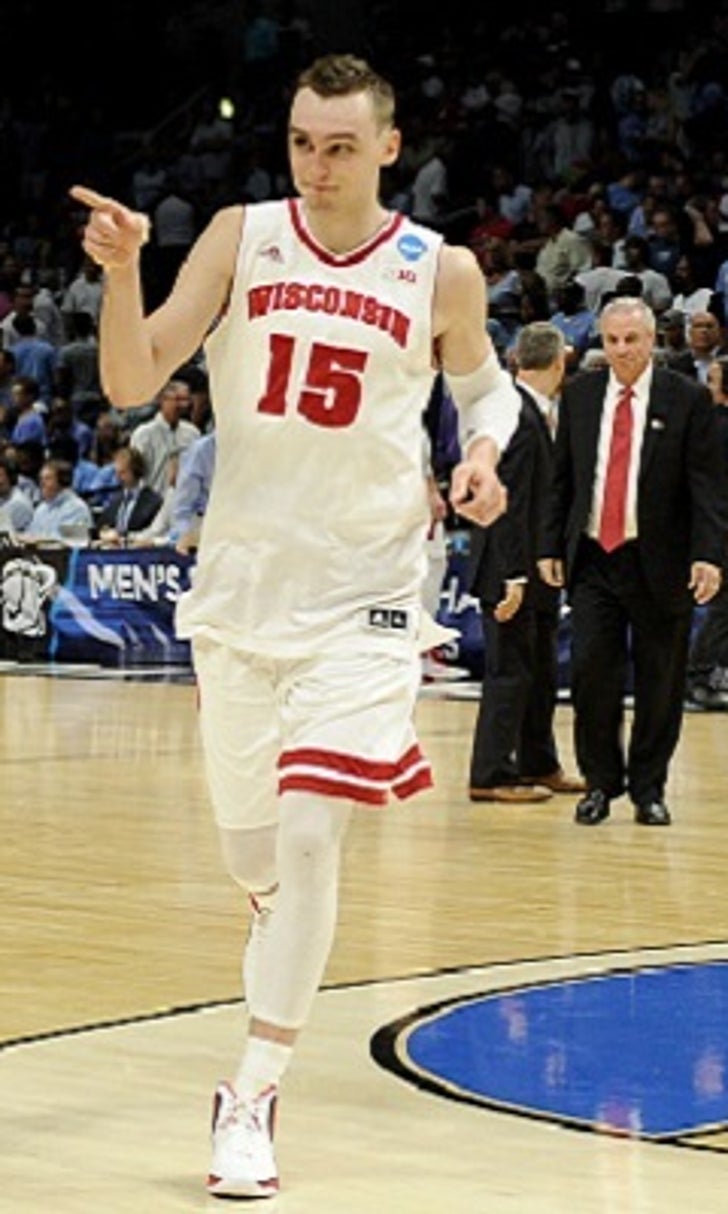 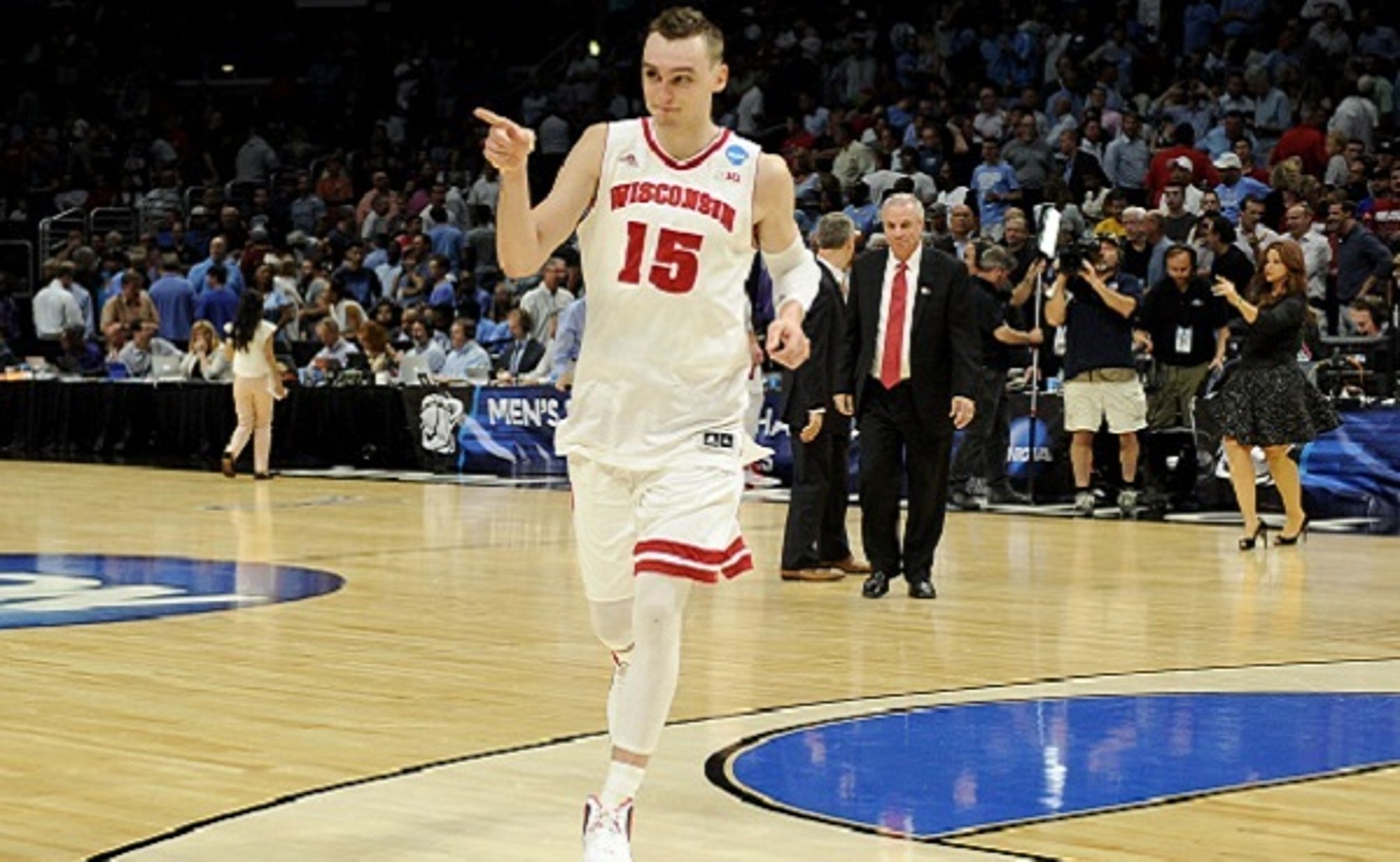 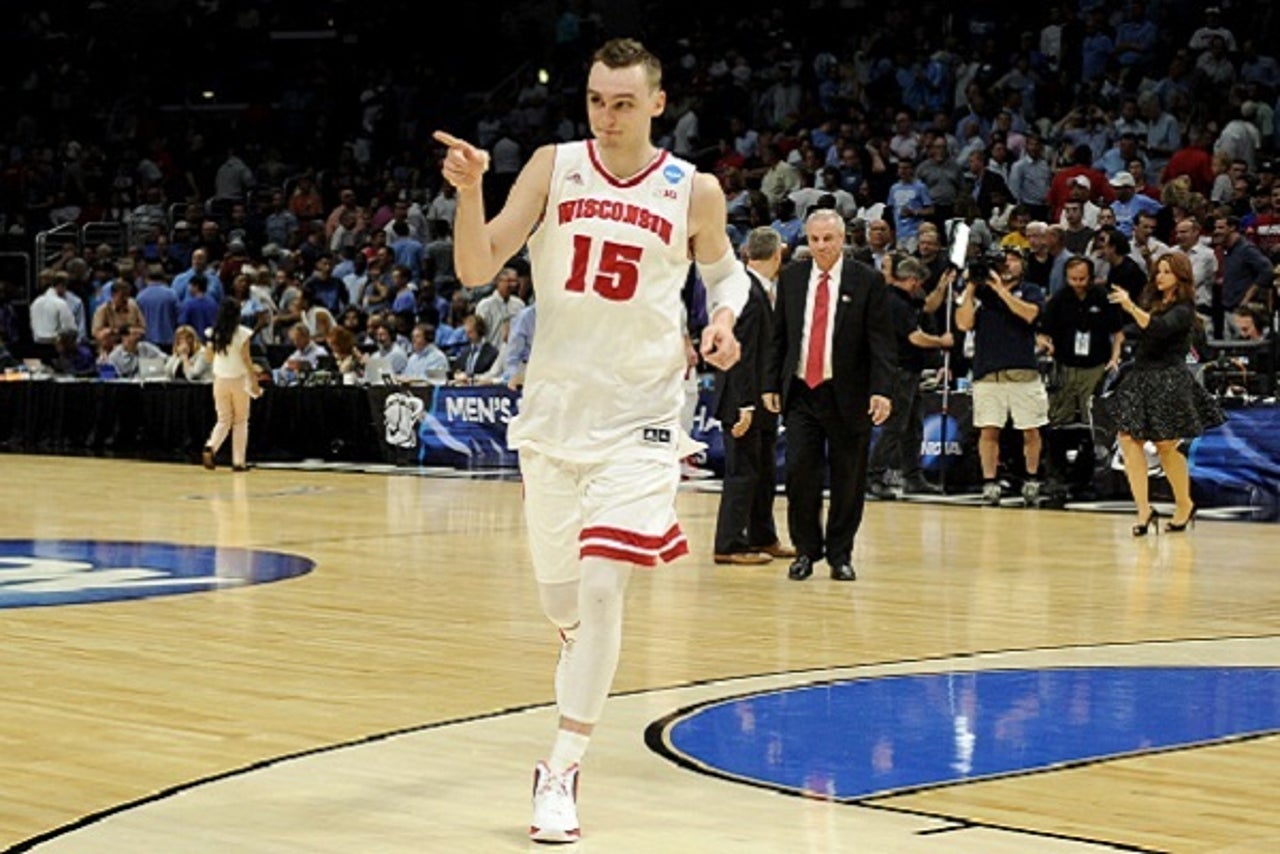 Wisconsin forward Sam Dekker put on one of the most impressive performances in Elite Eight history Saturday night, pouring in 27 points on 8-of-11 shooting, including five 3-pointers. The final dagger, which came with the Badgers holding an 81-76 lead with 20 seconds to go, even got Green Bay Packers quarterback Aaron Rodgers off of his feet.

Dekker and Wisconsin are off to their second straight Final Four. They’ll get either Kentucky or Notre Dame next Saturday.