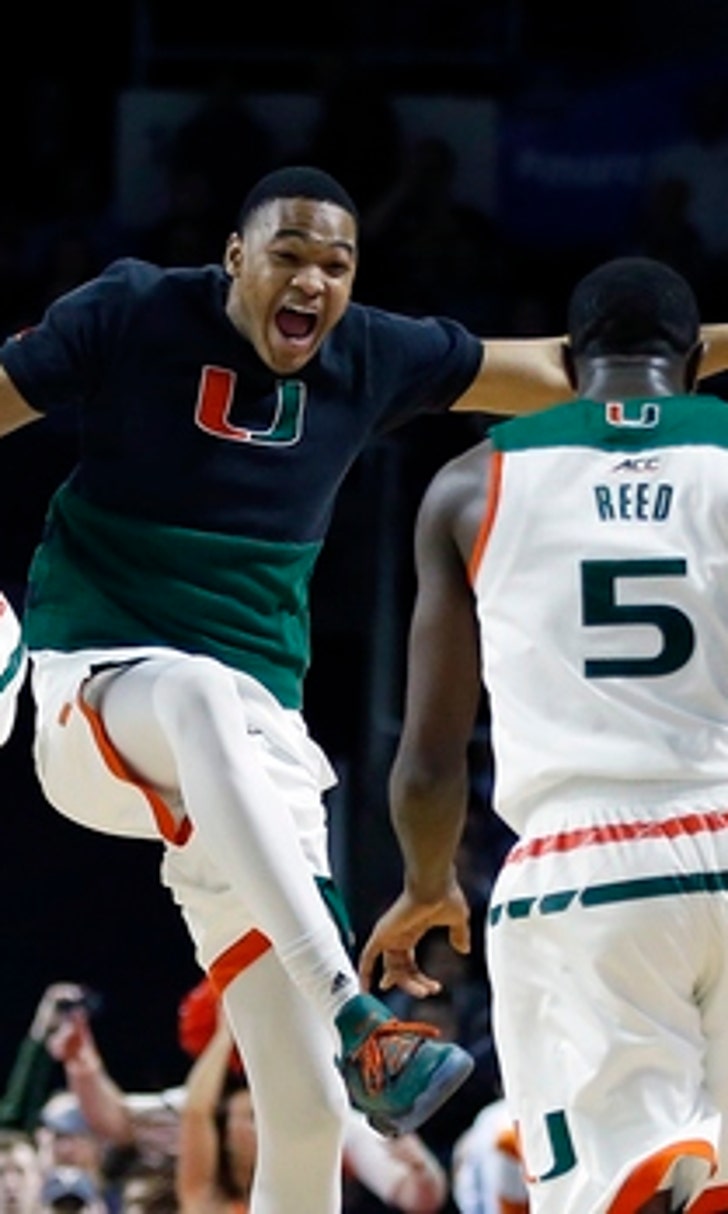 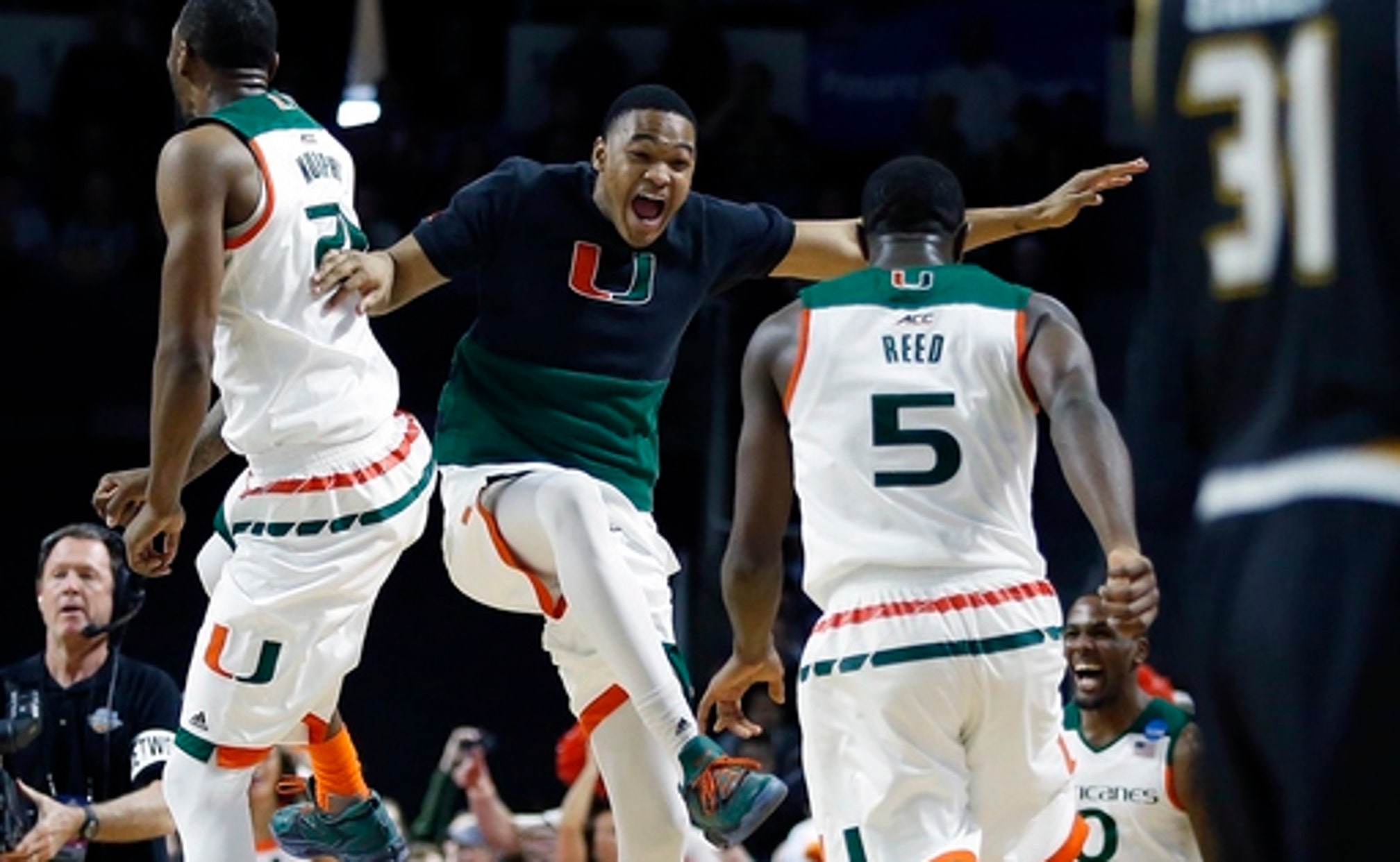 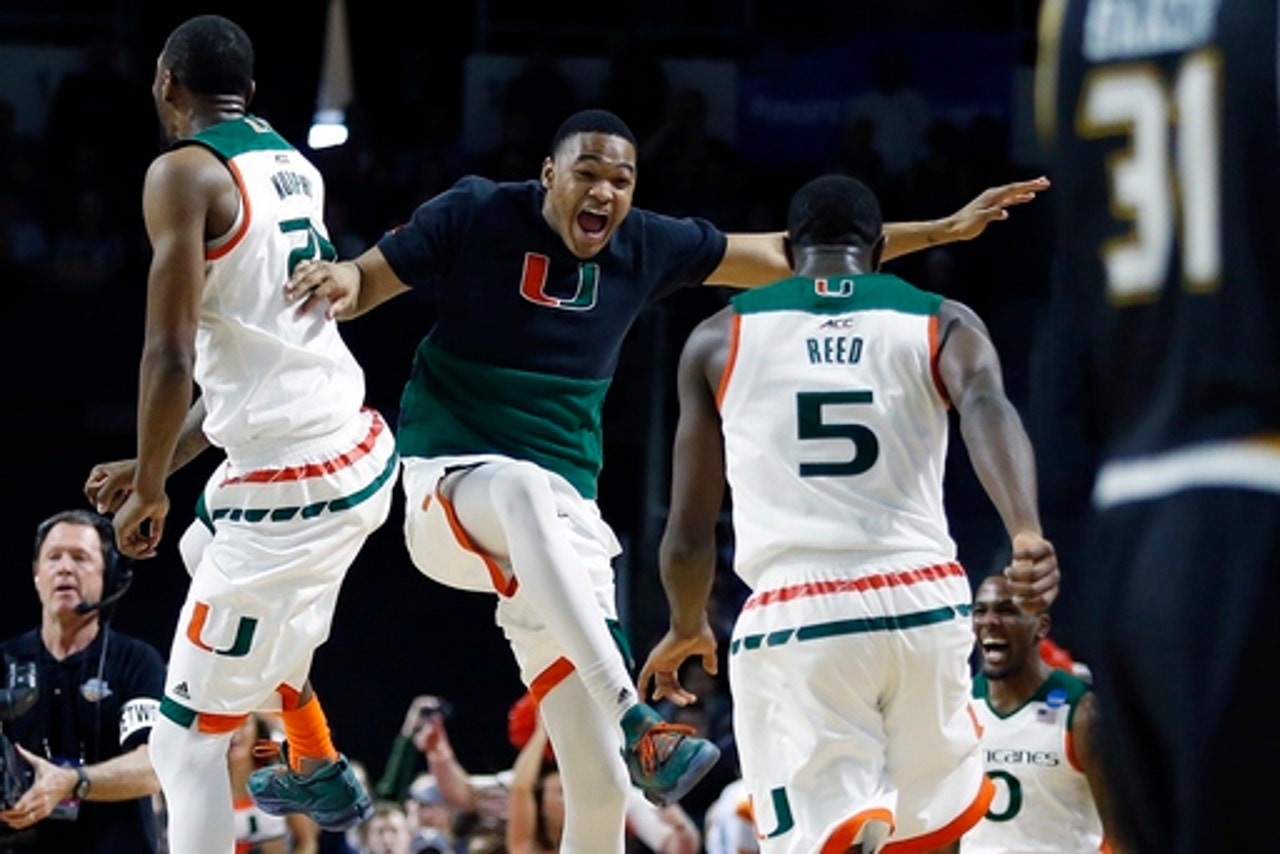 PROVIDENCE, R.I. (AP) Angel Rodriguez took over after Miami blew a 21-point lead midway through the second half, hitting a big 3-pointer with 72 seconds remaining and scoring 28 points to lead the third-seeded Hurricanes over Wichita State 65-57 on Saturday to advance to the Sweet 16 of the NCAA Tournament.

After Baker's 3-pointer gave Wichita State its first lead, Ja'Quan Newton had a slam dunk to put Maimi back on top and McClellan scored eight straight points for some separation.

With their fans cheering ''We shock! We shock!'' the Shockers erased the daunting deficit with another gutsy performance in the second.

Zach Brown hit a 3 and VanVleet followed with a steal and another 3, both baskets in a span of 11 seconds, and Morris's hook in the lane off a steal by Baker closed the gap to nine with nearly 16 minutes left, plenty of time for a comeback for the team that won a play-in game then upset sixth-seeded Arizona.

Baker then set up Markis McDuffie for a 3 and Morris set a perfect screen on Rodriguez at the top of the key to free VanVleet for a driving layup through the paint.

Larranaga was whistled for a technical after protesting a call as the Hurricanes struggled to hold their edge. That margin finally disappeared when Baker drained a 3 for a shocking 43-42 lead.

Much of the focus figured to center on the performance of the backcourts featuring four seniors- VanVleet and Baker against Rodriguez and McClellan. The Miami duo is a tad older, but the Shockers had more tournament experience.

It got much worse as the Hurricanes gave the Shockers a big taste of their own medicine. The top defensive team in the nation was torched for 12-of-15 shooting in the first 12 minutes as Miami outscored the Shockers 18-0 in the paint and forced seven turnovers, gaining a 21-point lead on a scoop by McClellan at 8:27.

VanVleet set up Baker for a 3 from the wing to start an 11-0 Wichita State run and the Shockers clamped down defensively, forcing five turnovers while holding the Hurricanes scoreless for more than five minutes.

Wichita State: VanVleet, already the school's assist leader, had four steals for 225 in his career, a Wichita State record. VanVleet needed a win for his 121st, which would have been a school and conference record.