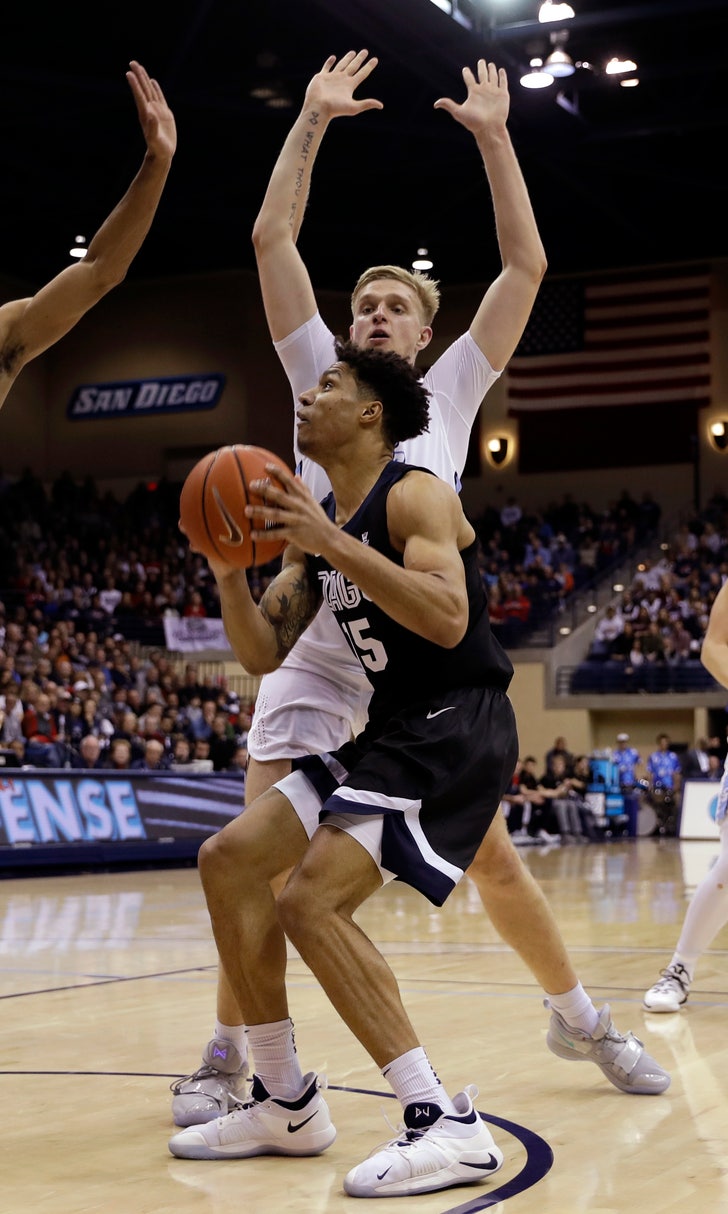 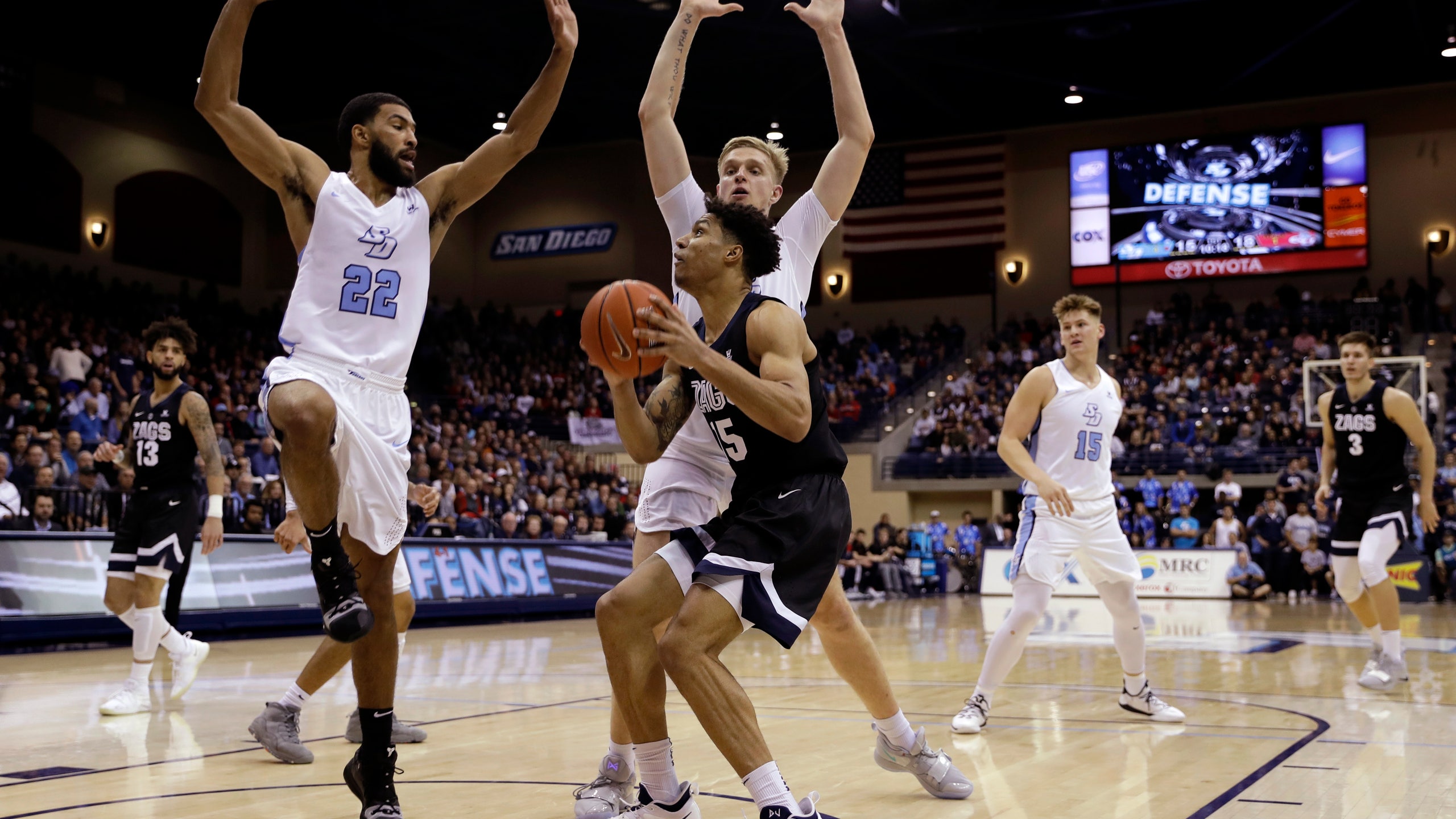 SPOKANE, Wash. (AP) — Gonzaga forward Brandon Clarke saw Tennessee's Yves Pons driving toward the basket and both rose from the floor at the same time.

Clarke's tomahawk block on Pons sent the ball cannonballing toward the floor, and the moment would be replayed on highlight shows for days.

"We watched film on that team and I knew Pons was a bouncy player," Clarke said this week. "Seeing him come down the lane, I knew I had to be ready for him. I jumped super high on that block. It ended up being a really cool highlight."

Second-ranked Gonzaga (26-2, 13-0 West Coast) lost that game in early December but the block helped establish Clarke as a force to be reckoned with.

Clarke is Gonzaga's second-leading scorer at 16.7 points per game and has already set a program record with 87 blocked shots this season. He spent his first two seasons at San Jose State.

Clarke was overshadowed early on by all the national and international focus on teammate Rui Hachimura, who is a star in both the United States and Japan and is trailed by a bevy of Japanese reporters at every game.

But Clarke's stock has risen so much that last week he and Hachimura were both listed among the 30 finalists for Naismith Player of the Year. Both have scored in double figures in all their games this season.

"Rui is the best player I have ever played with," Clarke said. "Playing with him is super fun, really."

Clarke doesn't have an entourage like his teammate. But he is raising eyebrows because of performances like his line against San Francisco in early February. He finished with 20 points, 16 rebounds and five blocks in a Gonzaga win.

Clarke was raised in Phoenix and the only offer he received out of high school was from San Jose State. After averaging 17 points and 8.7 rebounds per game as a sophomore, he decided to transfer.

"Schools called me and I got a call from (Gonzaga) and it was pretty fast," Clarke said. "I realized that was the perfect fit for me."

He sat out last season per NCAA rules, and has started all 28 games this year. He leads the team with eight rebounds per game.

He has always been a good shooter, but is quick to praise his teammates, guards Josh Perkins and Zach Norvell Jr. and forward Hachimura, for his performance this year.

"They are doing a good job of getting me shots in places I am really, really good at," Clarke said. "I don't have to force up any bad shots."

As for blocks, Clarke quickly blew past the Gonzaga single-season record of 70 set a decade ago by Austin Daye. Clarke is in 10th place on the Gonzaga career list after part of one season.

"It's mainly about timing, really," Clarke said. "It's something I've always been good at. As I got taller and my legs got stronger, I was able to take it to the next level."

Clarke doesn't know if he will test the NBA waters after the season.

"I live in the moment right now," he said. "I'm focused on getting to the Final Four and then winning that. I'm not sure about next year."

"I love Gonzaga though, the coaches and people here," Clarke added. "It would be really hard to say bye."