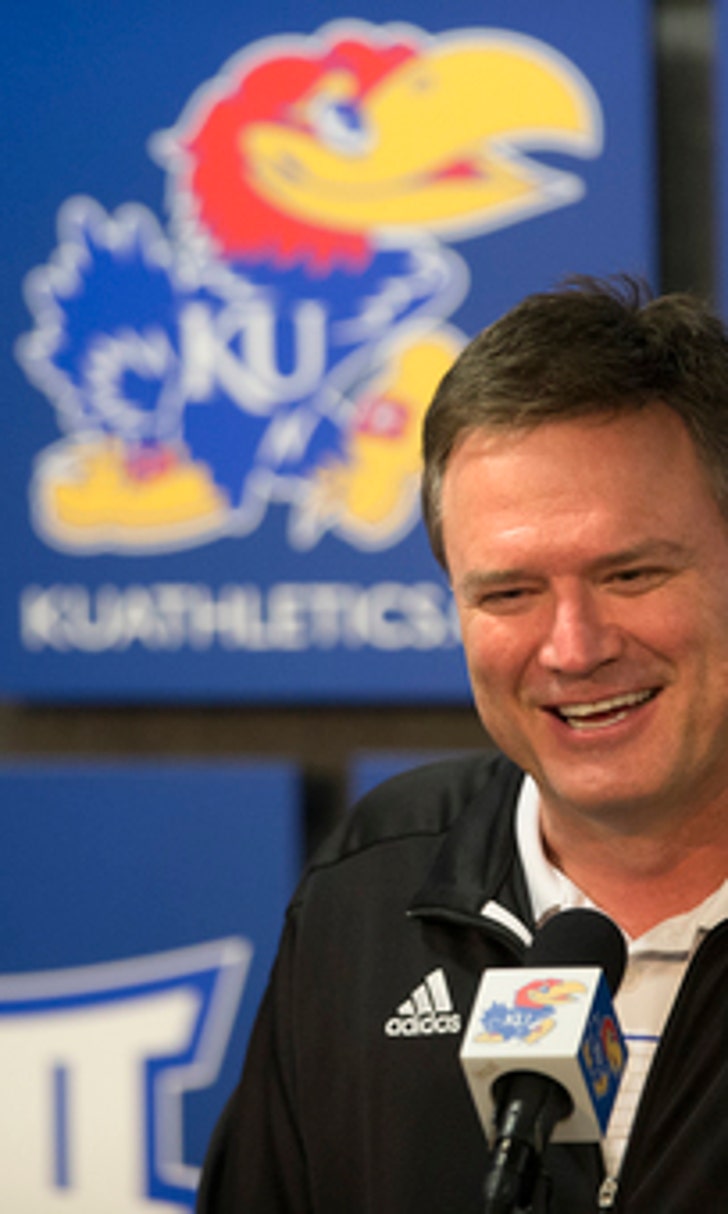 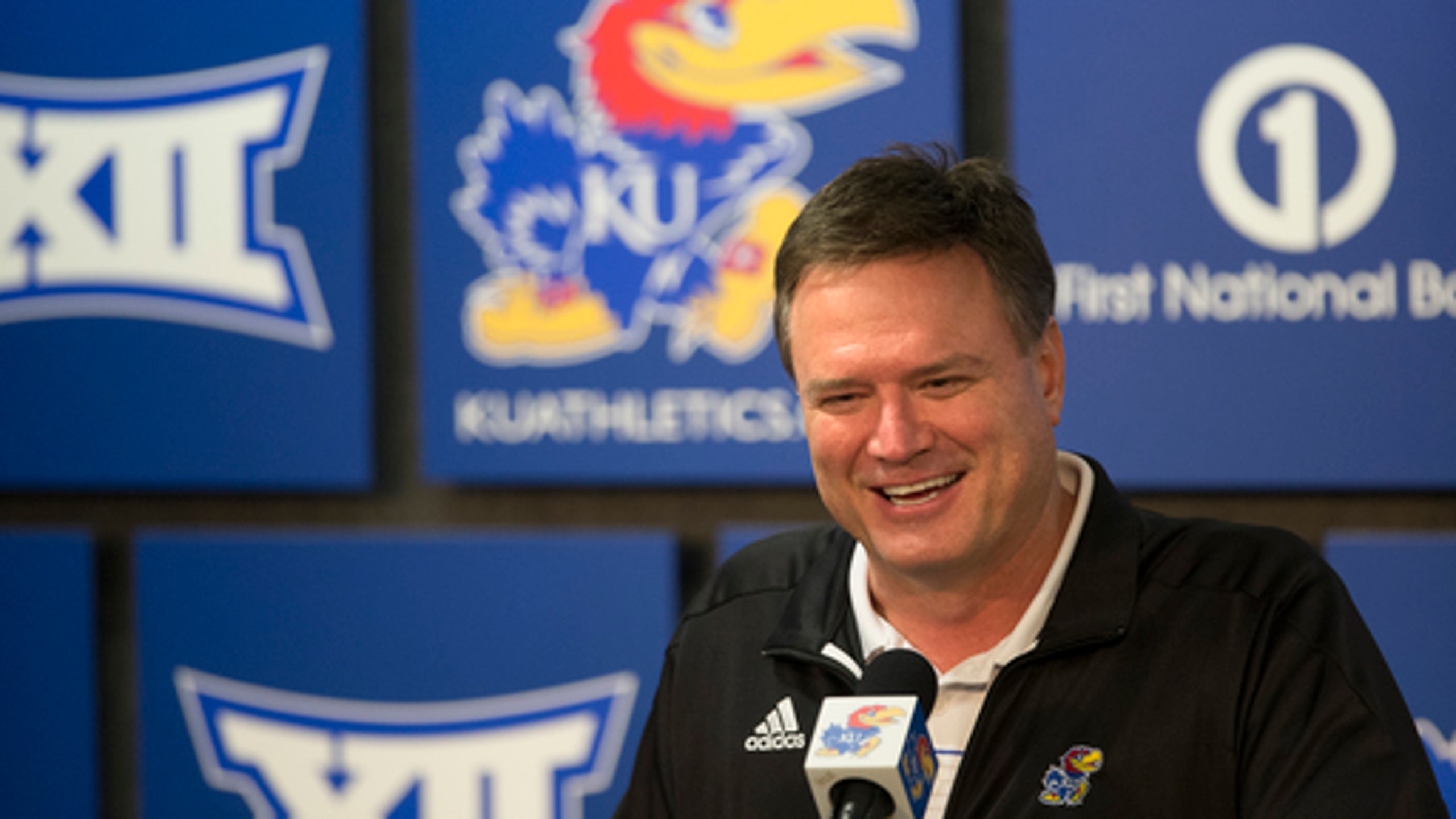 Plenty of story lines in this year's NCAA Tournament 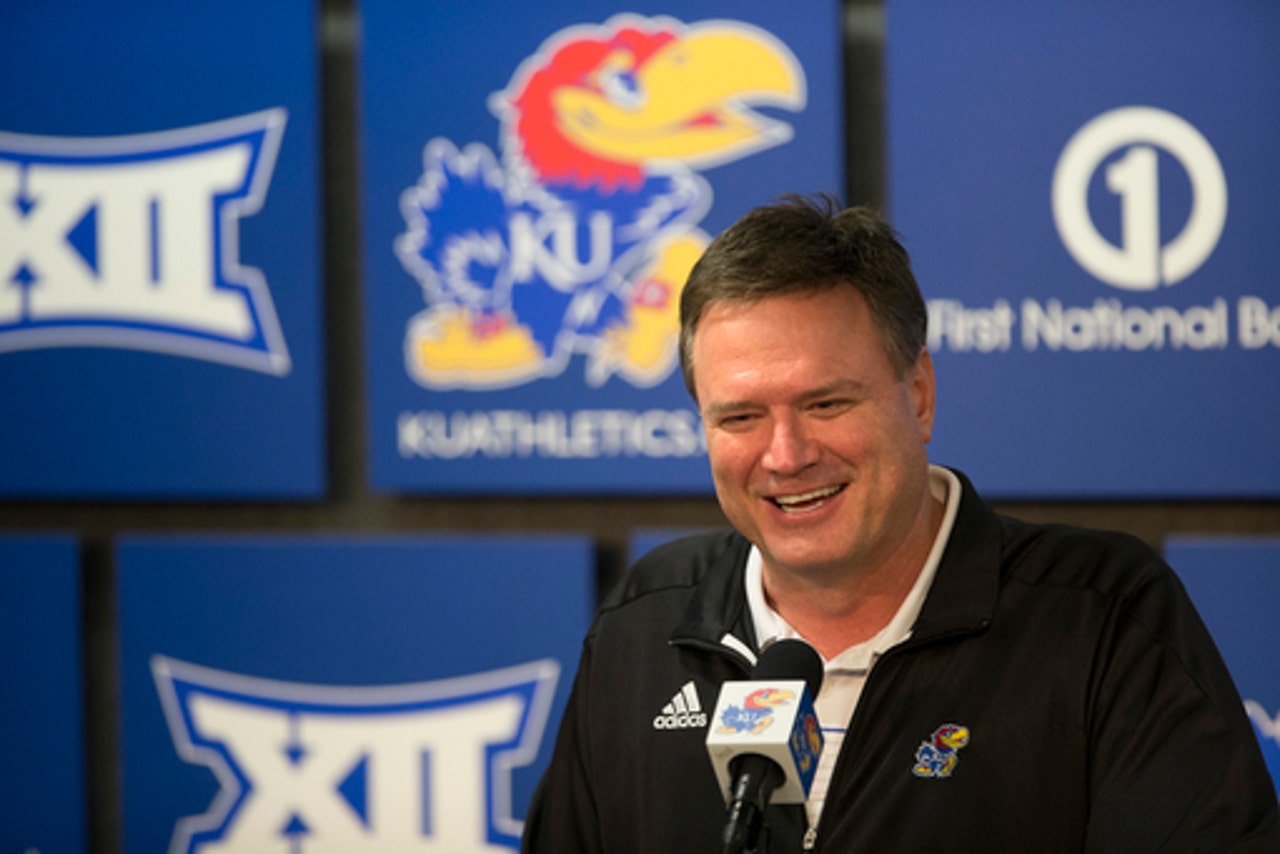 LAWRENCE, Kan. (AP) The overall No. 1 seed in the NCAA Tournament hasn't made it out of the opening weekend the past two years, so you better believe the boys at Kansas feels as if they have something to prove.

Even after their 12th straight Big 12 championship.

''It's something I've said since I've been here: You come to Kansas to make deep runs in the tournament and we haven't done that,'' Jayhawks forward Landen Lucas said. ''We have the team to do that. It'll be tough, but we've been tested - battle-tested - and we're ready to make a run.''

So are 67 other teams that will begin dancing this week.

The field set Sunday may be the most wide open it has been in years, and the Jayhawks may have the best odds of making it to Houston for the Final Four. But they were favored to do so the past two years, too, and were ousted by Stanford and Wichita State before they could even think about playing for a championship.

That's the unpredictable nature of the NCAA Tournament.

''I'm not concerned about the second weekend at all right now,'' said coach Bill Self, whose team opens against Austin Peay in the South Region, then could face No. 8 seed Colorado or No. 9 seed UConn. ''All I'm concerned (about) right now is the first weekend.''

So, what story lines will dominant the opening weekend? Here are some of them:

- BIG 12 OR BUST: The Jayhawks weren't the only Big 12 flop last season. No. 3 seeds Baylor and Iowa State lost their openers and the league didn't get anybody to the Elite Eight. Can the seven teams that made this year's NCAA Tournament field find retribution?

- MOMENTUM MATTERS: UConn roared through its conference tournament to solidify its spot in the field, not unlike it did in winning the 2011 and '14 national titles. But if having momentum is a good thing this time of year, not having it is just as bad. Iowa was once considered a potential No. 1 seed but fell all the way to a seventh seed, while teams such as Providence and Southern Cal have also had trouble lately.

- TOUGHEST TICKET: Good luck getting a seat in Des Moines. The Jayhawks have a three-hour drive from their campus in Lawrence, while blue-bloods Kentucky, UConn and Indiana are joining them there. The only thing that would have driven up the price more is if the Hawkeyes (headed to Raleigh), Iowa State (off to Denver) or Northern Iowa (sent to Oklahoma City) were playing close to home.

- GOING GLOBAL: There will be plenty of international flair to this tournament. Utah star Jakob Poeltl was born in Austria, Buddy Hield of Oklahoma is from the Bahamas and Domantas Sabonis of Gonzaga is the pride of Lithuania. Iowa's Peter Jok was born in Sudan, Cheick Diallo of Kansas in Mali. Kentucky 7-footer Skal Labissiere is originally from Haiti and Amida Brimah of UConn is from Ghana.

- RIVALRY WEEKS: The committee insists it doesn't consider rivalries when it slots the field, and every year it's hard to believe it. Potential matchups this year include longtime Southwest Conference foes Texas and Texas A&M, perennial powers Kentucky and Indiana, football foes Notre Dame and Michigan, and Jim Boeheim against Tom Izzo - err, Syracuse against Michigan State.

''We're all just going to focus on Chattanooga,'' Hoosiers coach Tom Crean said of their first-round opponent. ''We're only guaranteed one game right now and that's against Chattanooga.''

- PHILLY PRIDE: Speaking of rivals, it was a banner year for the Big 5. Second-seeded Villanova and No. 10 seed Temple could meet in a second-round game in the East Region, and Saint Joseph's is the No. 8 seed in the West. For what it's worth, the Wildcats went 4-0 against their Big 5 brethren this season.

- COMMITTEE'S CONSCIENCE: The selection committee gets dissected every year, but putting Michigan and Tulsa in the field and leaving Monmouth and St. Bonaventure out was practically inviting criticism. Those two teams can make the committee feel a whole lot better about their decision by winning a couple games. They meet each other in a First Four matchup before facing No. 6 seed Notre Dame.

''It's just a matter of the way things work out when we apply - strictly apply - our procedures for seeding,'' committee chair Joe Castiglione said, ''and then, of course, when we get into bracketing.''