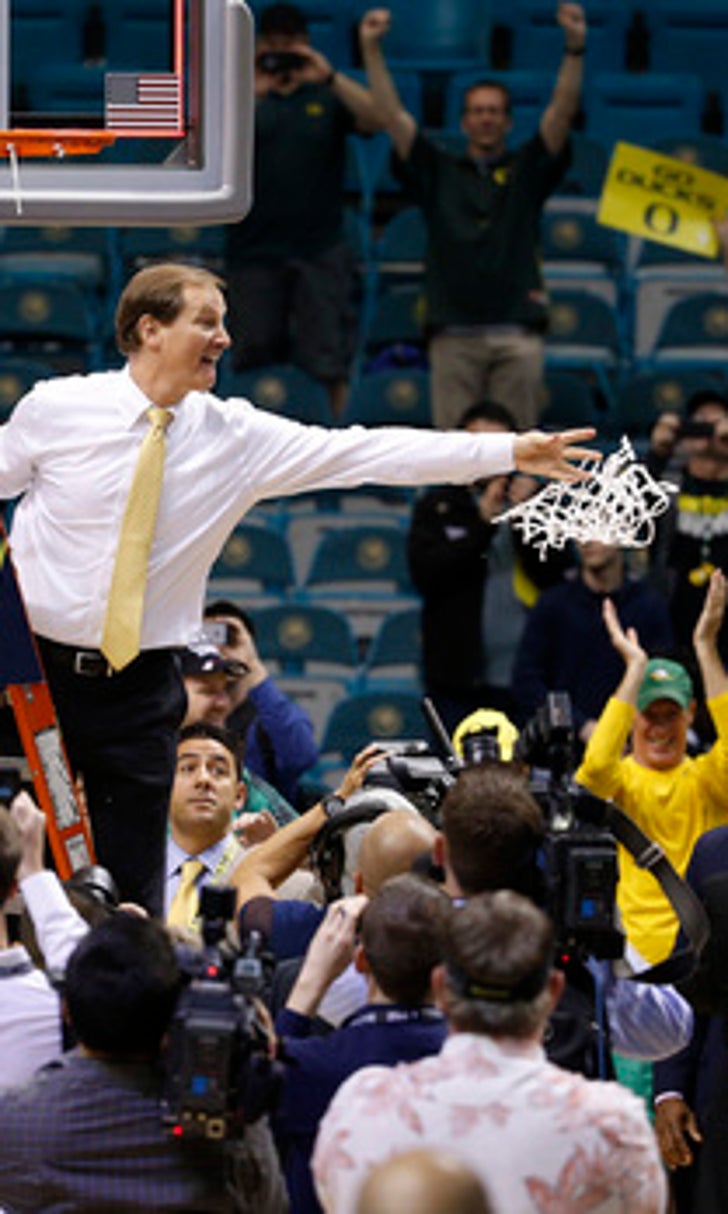 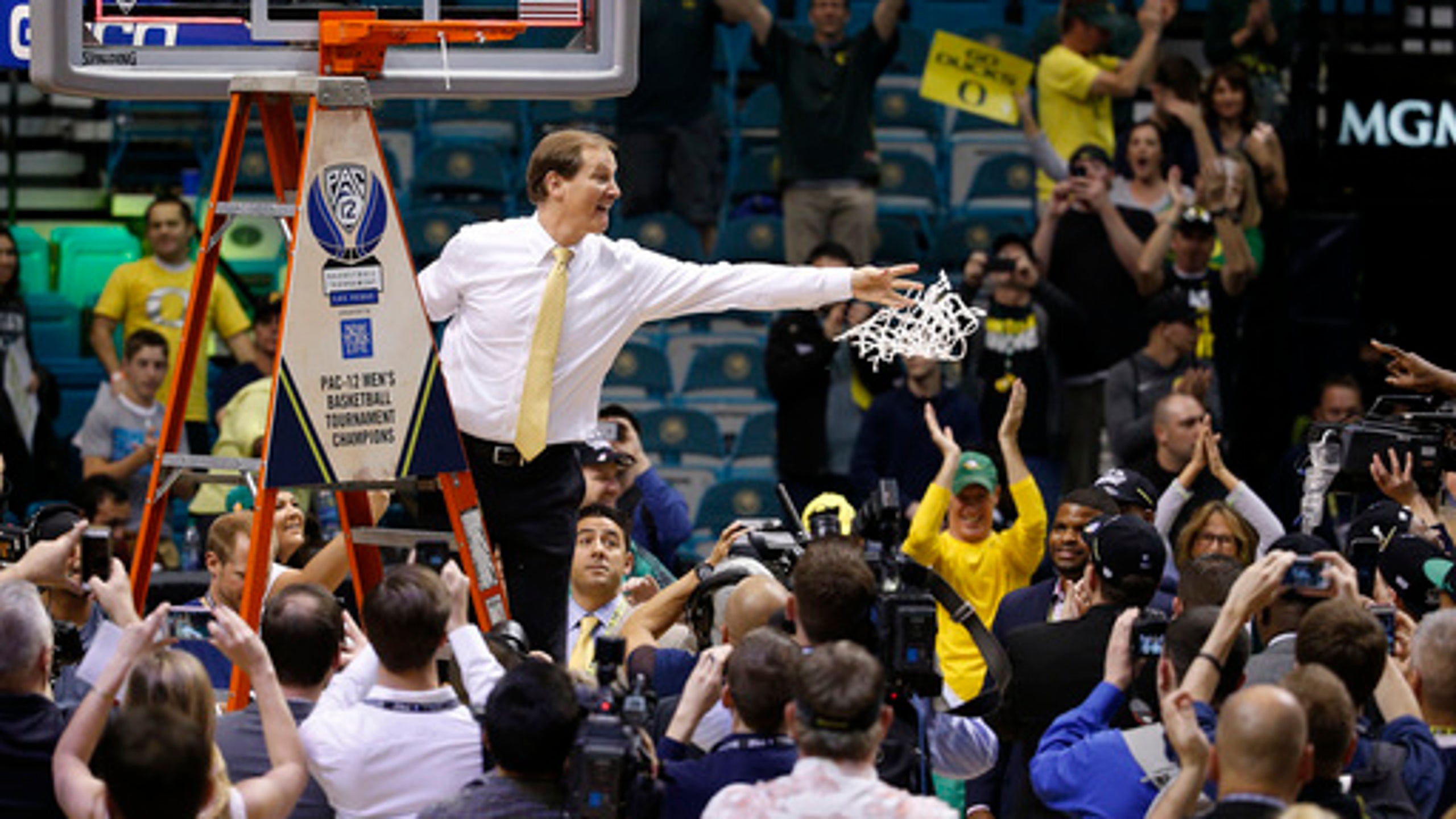 Oregon tops out West for first No. 1 seed in program history 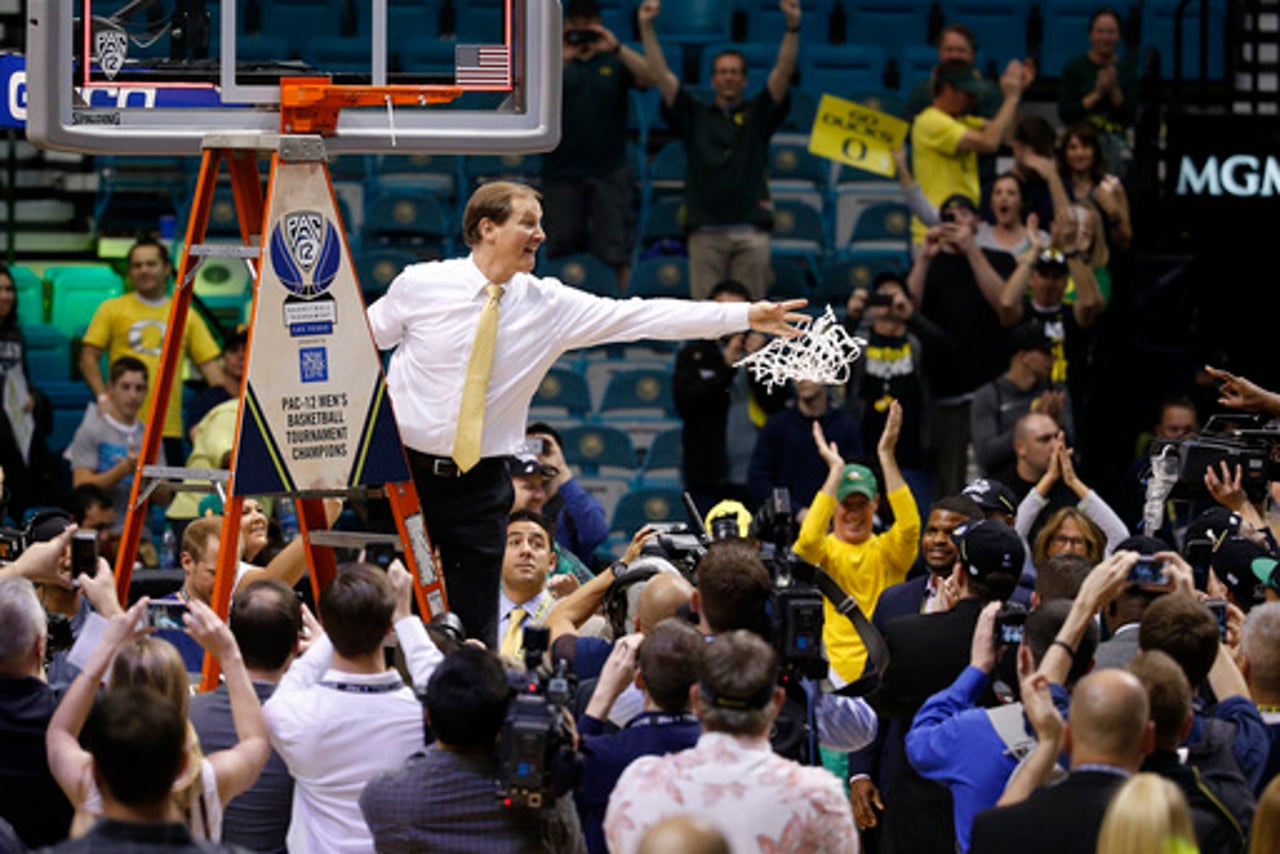 LAS VEGAS (AP) Oregon had its best regular season in 77 years and turned the Pac-12 championship game into a laugher.

Now the Ducks are a No. 1 seed in the NCAA Tournament for the first time in program history.

Coming off a sweep of the Pac-12 regular-season and tournament titles, eighth-ranked Oregon (28-6) is the top seed in the West Region and will play in Spokane against the winner between Holy Cross and Southern in the First Four.

The Ducks made a surprising run to last year's Pac-12 title game, setting the stage for their breakout season this year.

Oregon won the Pac-12 regular-season title by a game over Utah and ran the 12th-ranked Utes off the court in Las Vegas, rolling to an 88-57 victory that punctuated the Ducks' bid for a No. 1 seed. Oklahoma is the No. 2 seed.