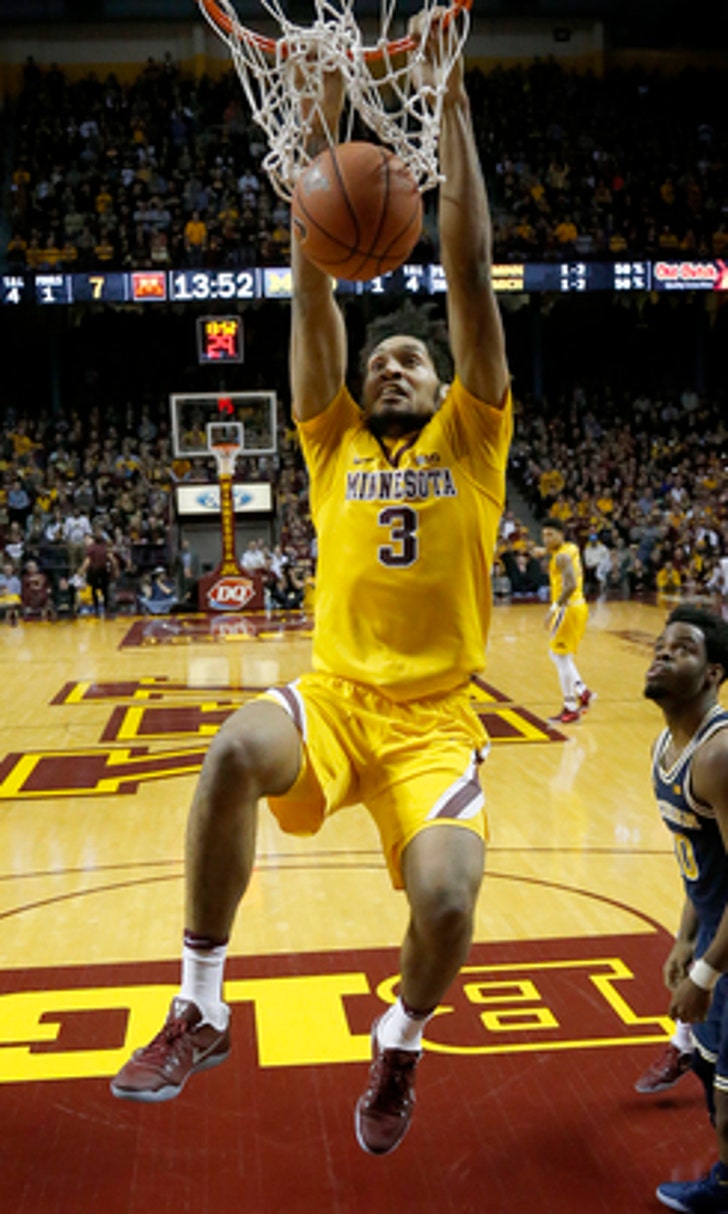 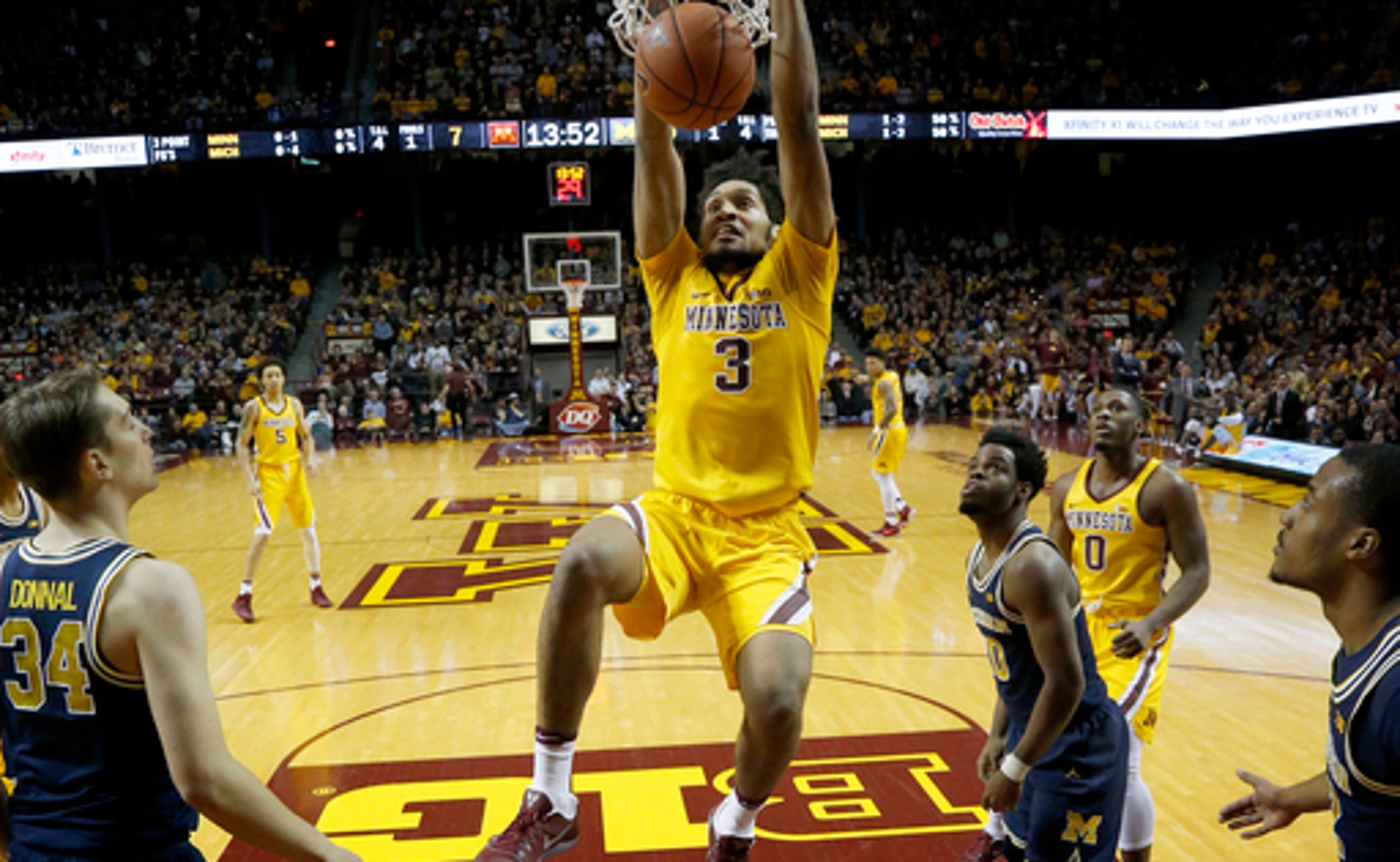 Once under fire, Pitino, Gophers surging toward NCAA Tourney

MINNEAPOLIS (AP) This time a year ago, Richard Pitino was at the center of a storm in Minnesota. The Golden Gophers were a disaster on the court and a distraction off of it, on their way to a two-win Big Ten season in his third year on the job.

Now the 34-year-old coach walks around campus at the head of a 20-win team that is steamrolling toward an NCAA Tournament berth, and he admits with a tongue-in-cheek sheepishness that the sudden change in the way he is received has taken some getting used to.

''It's weird. I'm used to everybody hating us and hating me and not talking to me,'' Pitino said Tuesday with a chuckle. ''It's been uncomfortable, people coming up and saying nice things. I'm uneasy with it. It's funny. But it is different. It's a nice different obviously.''

Minnesota (20-7, 8-6 Big Ten) has won five straight heading into a game at Maryland on Wednesday night. The Golden Gophers' strength of schedule and RPI are both in the top 25 in the country, making them a safe bet to get an invitation to the NCAA tourney for the first time since 2013.

It's been a remarkable turnaround for a team that went 8-23 last year and dealt with several off-the-court incidents involving players during Pitino's tenure. The coach also came under scrutiny from the university for the way the program used athletic department resources on the recruiting trail, with the school going so far as to chastise him for not filling up the gas tank on his rental car before returning it.

Pitino has never shied away from the criticism, saying several times this year that the program deserved whatever attention it received for the pitfalls. But he also is eager to see his players, many of whom endured the negative attention last year, deal with the other side of the coin.

''When you went through what we went through, you just laugh at it because it all turns,'' Pitino said. ''You're the worst. Everybody wants you gone. Then you start winning and it just changes the whole story line.

''You take the good with the bad and you just try to take it in stride. Even the good. You can't be a fraud. When people kill you, they want you fired, they're bashing you, you don't know what you're doing, you can't say block out the noise. And then when it's good and everybody loves you, you can't say, `Bring on more noise.'''

In some ways, the Gophers' fortunes turned last month after their first time playing Maryland. Minnesota a href(equals)'https://apnews.com/9855f503bdd34df3a44fa6a5f1d40c4d/Jackson's-28-points-lead-No.-22-Maryland-past-Minnesota'collapsed down the stretch/a at home against the Terrapins for its fifth straight loss. The team called a players-only meeting, with captains Akeem Springs and Nate Mason leading the way, and the Gophers haven't lost since.

Pitino was as skeptical as anyone when he heard about the meeting, but he can't deny that the team is playing with a toughness and an edge that wasn't there during that losing skid.

''If something got accomplished, it was `stop making excuses and make plays at the end of games,''' Pitino said. ''And they have done that since that game.''

After they play the Terrapins, the Gophers finish the regular season with home games against Penn State and Nebraska and a road game against Wisconsin. Momentum is on their side, but Pitino knows that can change in a heartbeat.

''That's sports. It's not our fan base. That is the nature of the business,'' he said. ''You can't take it personal. Good or bad. You can't buy into it when it's good. You can have one bad week, and nobody is going to like you again and you don't know what you're doing. You just hope the right people understand the process and you just go from there.''