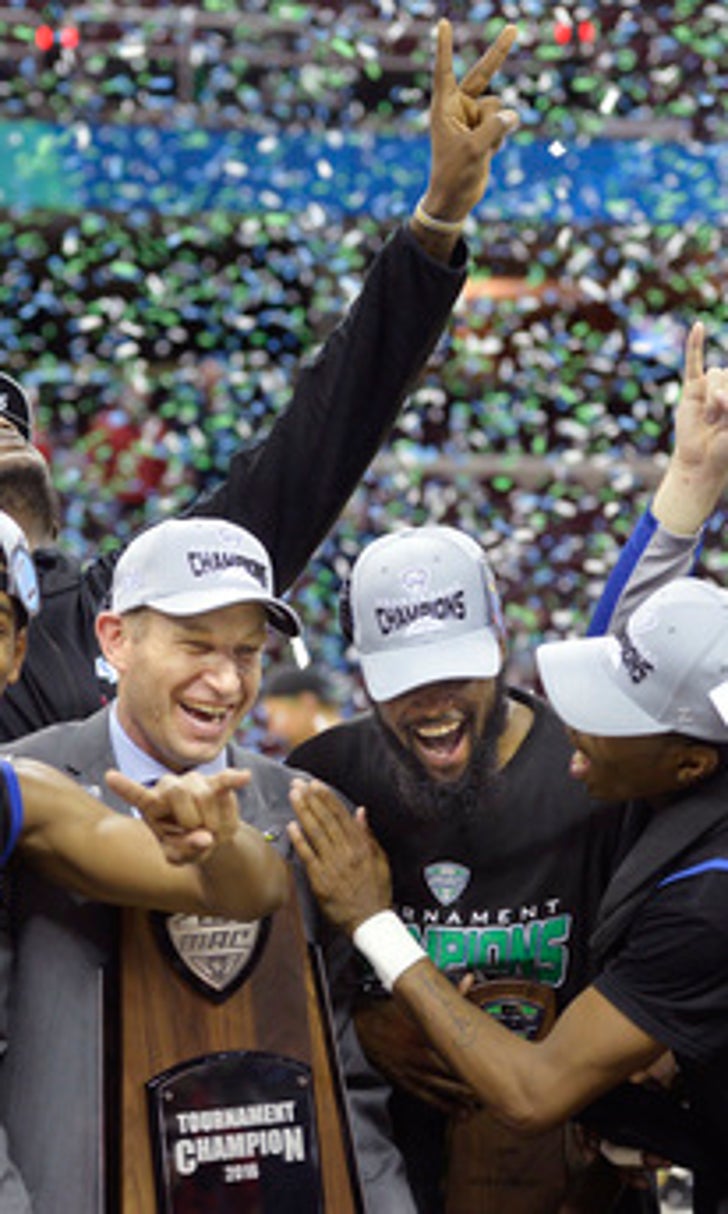 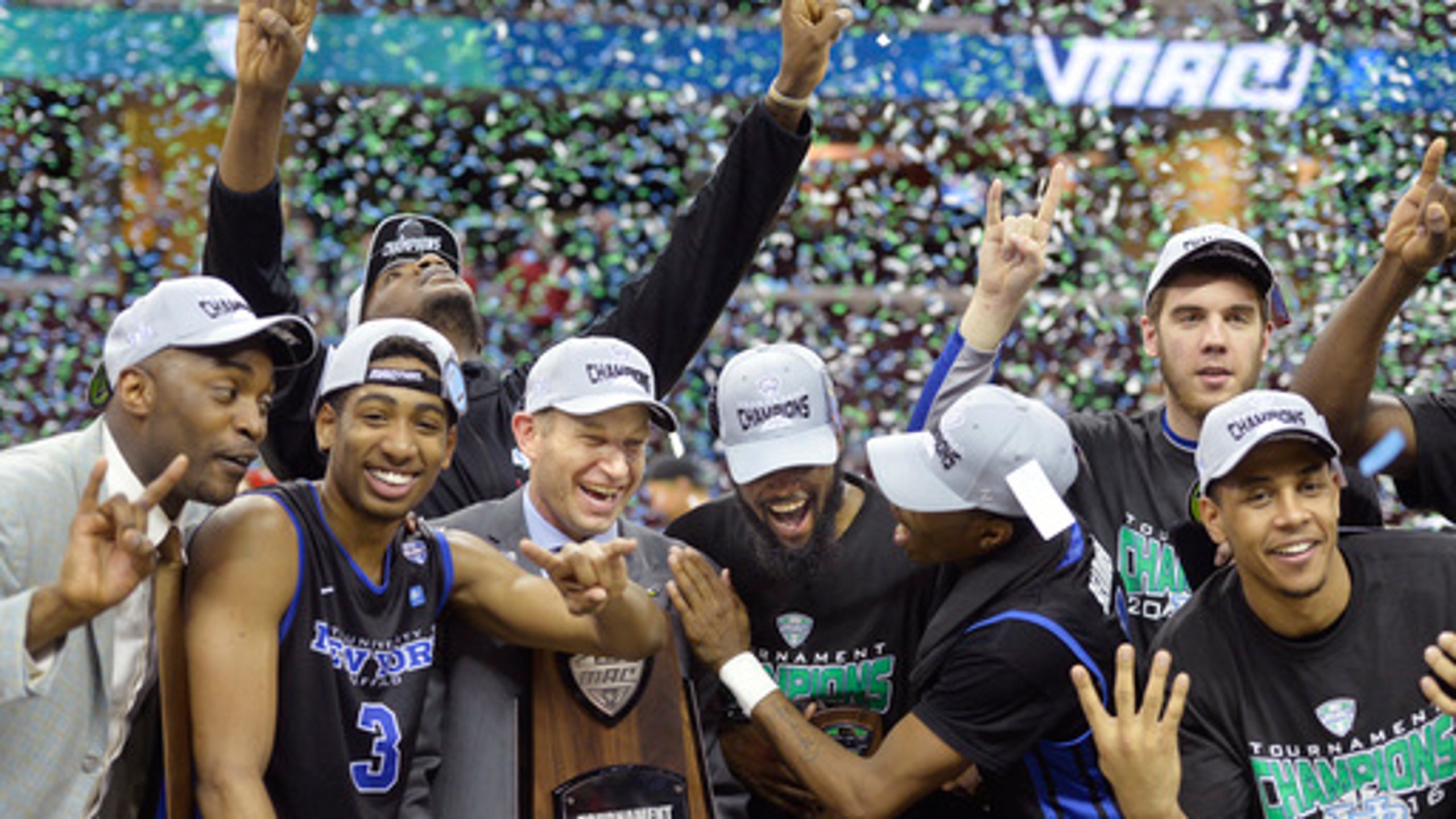 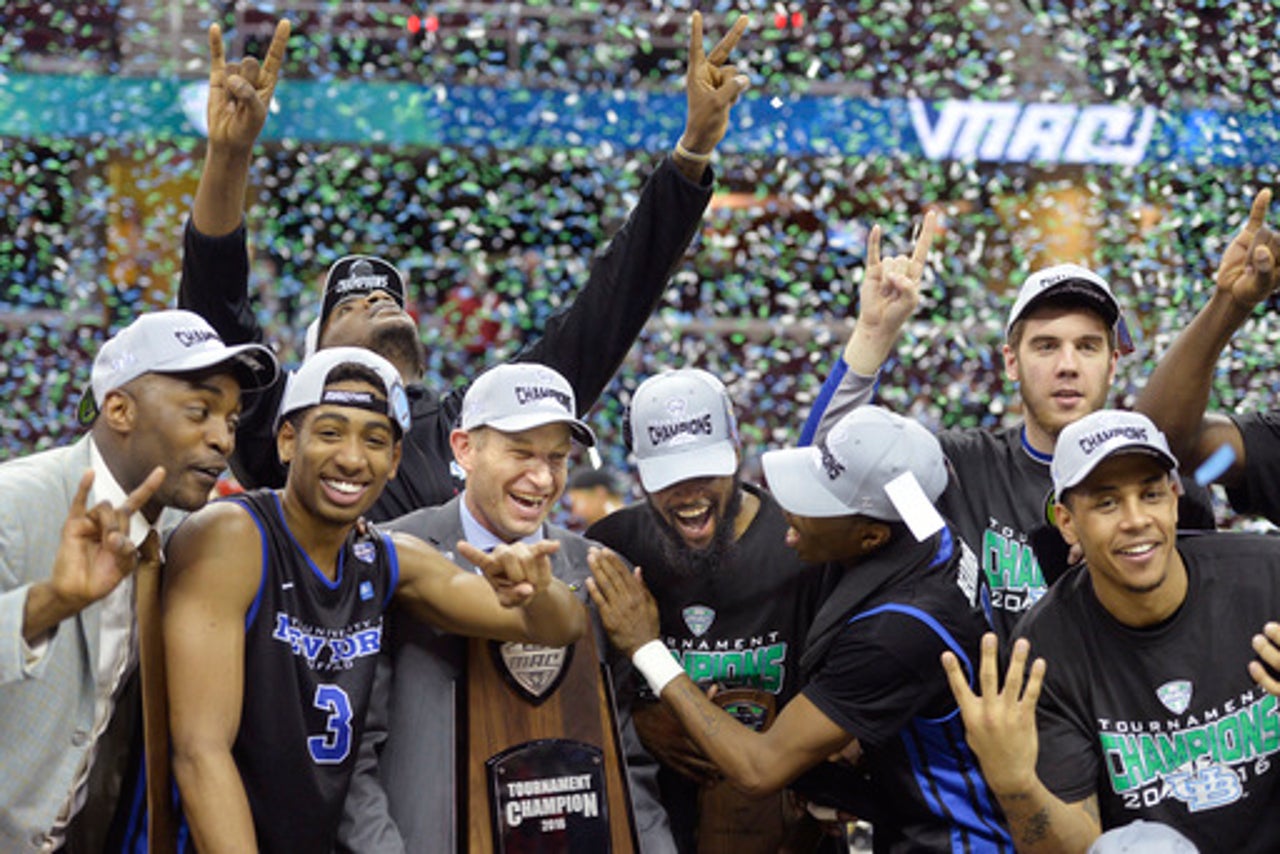 AMHERST, N.Y. (AP) Family came first and basketball second in October, when first-year University at Buffalo coach Nate Oats immediately considered taking an indefinite leave of absence upon learning his wife had been diagnosed with cancer.

Crystal Oats would hear nothing of it.

''I definitely didn't want him not to coach because I enjoy it as much as he does,'' she said. ''So it would've been just a downer for me.''

She also realized there were therapeutic benefits to being a coach's wife in allowing her to feel a part of the team.

''I got to go to games. I got to travel a little bit, which made me feel like I was just a normal person, not somebody who had cancer,'' she said, attending the Bulls' NCAA Tournament selection party Sunday. ''So this has helped me immensely, too.''

Some four months later, Crystal Oats is progressing toward beating lymphoma. She completed her final chemotherapy treatments last week, and is scheduled to have a bone marrow transplant next month.

Things are looking up for Nate Oats, too, who as recently as three years ago was teaching math and coaching at Romulus High School in suburban Detroit.

The Bulls overcame an offseason string of adversity to make a return trip to the NCAA Tournament by repeating as Mid-American Conference tournament champions. Buffalo (20-14) is the South Region's 14th seed, and opens against Miami (25-7) at Providence, Rhode Island, on Thursday.

The joy and relief culminated in Cleveland on Saturday night after Blake Hamilton hit a 3-point basket with 2 seconds left in Buffalo's 64-61 win over Akron.

With the team chanting her name, Crystal was the last person to climb the ladder and snip the net in the post-championship celebration.

''For us to get to the point where we could win it, and she was able to get out of the hospital that morning to get down for the game, and then to be there when we won, that was special,'' Nate Oats said. ''I just feel like God gave us the grace to make it through.''

It has been a challenging year for Oats both on and off the court since the Bulls assistant was promoted in April to take over for Bobby Hurley, who left Buffalo to accept a job at Arizona State.

In departing after leading Buffalo to its first NCAA Tournament berth, Hurley also lured star guard Shannon Evans with him. In August, Buffalo sustained another huge loss when forward Justin Moss, the returning MAC player of the year, was kicked out of school for stealing $650 out of a dorm room.

Oats had no choice but to roll with the punches.

''You've got to have a positive attitude. So you go in and keep selling them on what we can look like,'' Oats recalled in what he told his players the day after Moss was kicked out. ''I was like, `Here my deal: Our goal is to make the NCAA Tournament. I'm not changing our goals.'''

Oats laughed when asked if he even believed himself at the time.

''I believed we could, but I don't know if I actually firmly believed it was going to happen,'' he said.

''It just shows you how tough our team is mentally,'' Hamilton said. ''A lot of people didn't believe in us at the beginning of the year. We just wanted to prove people wrong.''

Athletic director Allen Greene directs the credit to Oats, who had won a state title at Romulus, but had never coached at the Division I level before joining Hurley's staff two years ago.

''He's a rock. He hasn't missed a beat,'' Oats said. ''I told somebody, I joked with them, saying, `If Nate's this good of a coach while having to deal with all this stuff, I wonder how great he's going to be when he can just focus on basketball.'''

The best part is seeing Crystal Oats uplifted by the team's success.

''Winning is the best cure,'' Greene said. ''And that's figurative and literal.''