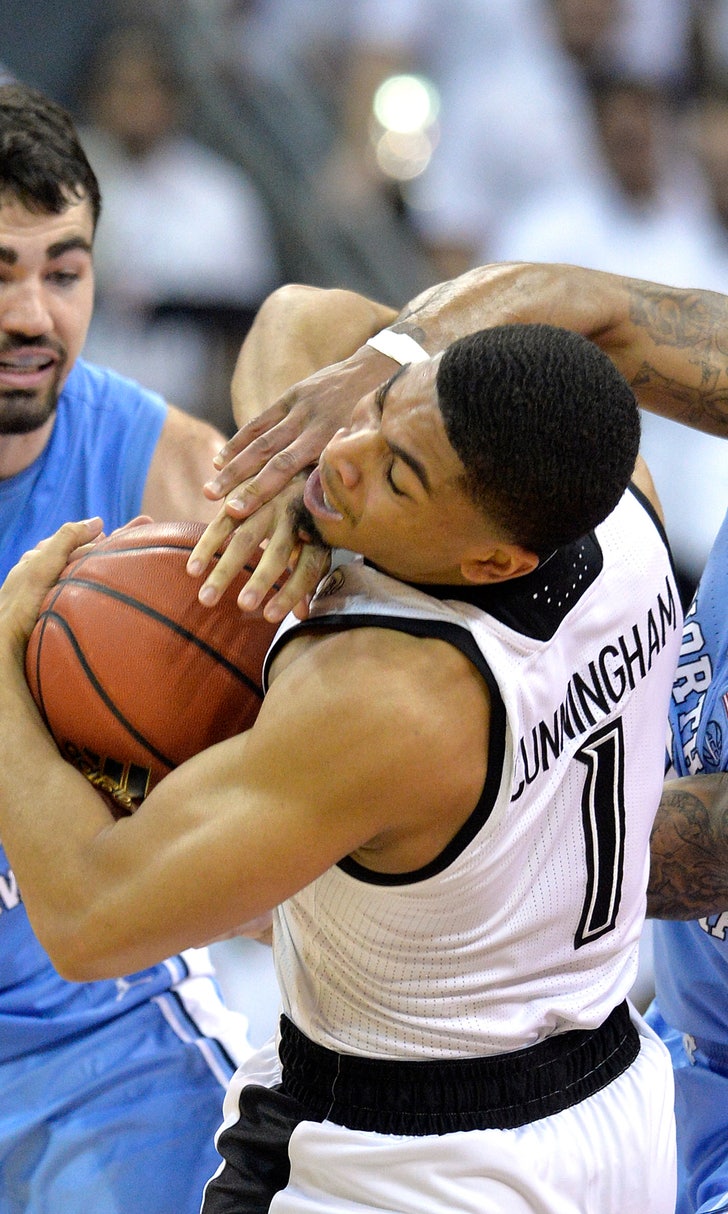 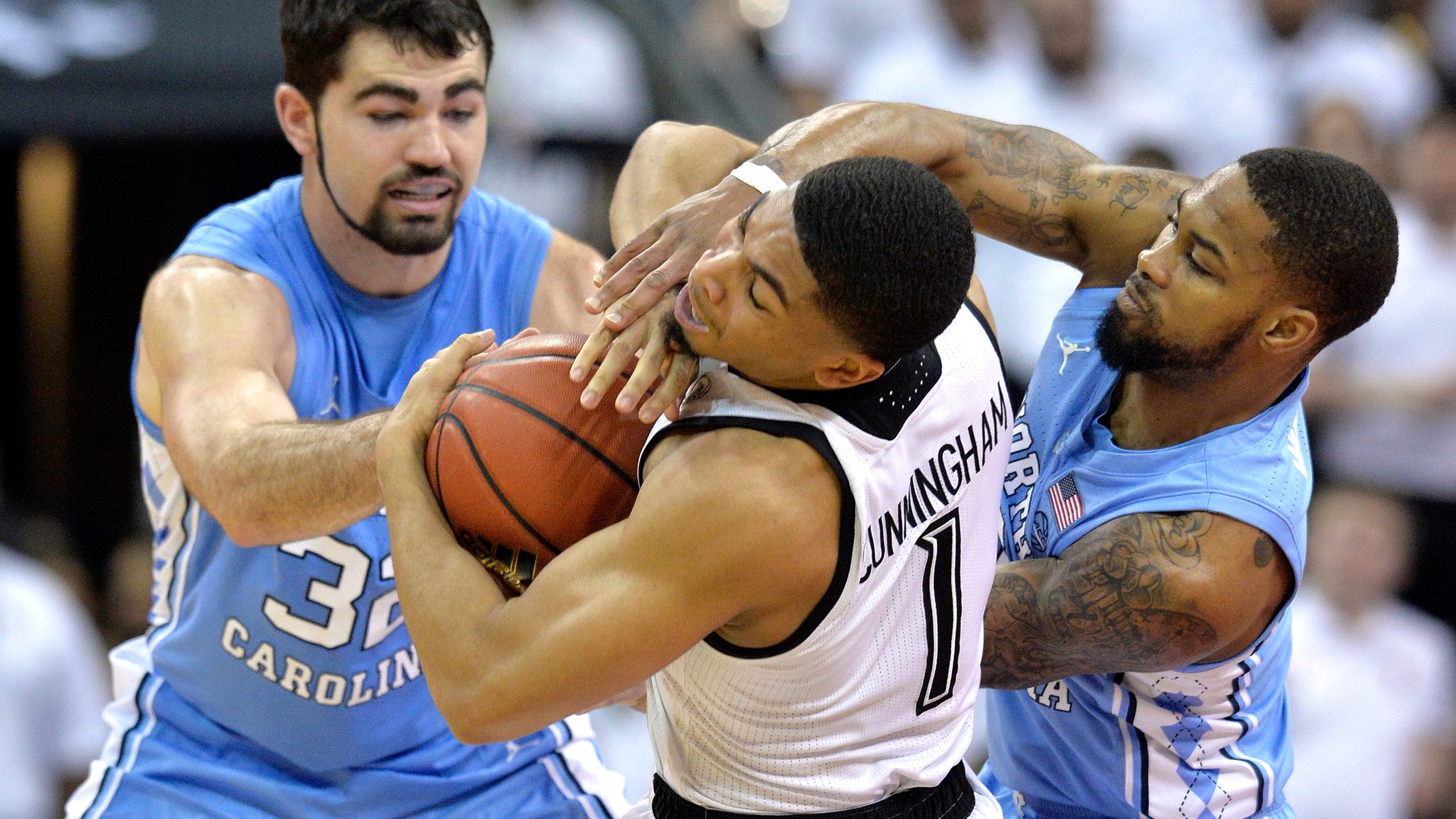 LOUISVILLE, Ky. (AP) — This time around, No. 9 North Carolina returned to form against No. 15 Louisville.

The Tar Heels controlled rebounding, the inside and just about everything else Saturday to show how far they have come since their previous meeting with the Cardinals.

Luke Maye had 20 points and 11 rebounds and Cameron Johnson finished with 19 points and 10 rebounds, helping North Carolina avenge a blowout loss with a 79-69 victory over Louisville.

"The biggest thing for us was to come out early and be ready to go," Maye said. "We didn't do that last time and I thought we did that today."

The victory came three weeks after UNC was beaten by 21 points by Louisville, its worst defeat at home under coach Roy Williams.

The Tar Heels (17-4, 7-1 Atlantic Coast Conference) won the rematch and ended Louisville's six-game winning streak. They set the tone with a 22-4 first-half run over 8:34 that put them up 34-19 and gave them a lead they never lost against one of the league's co-leaders.

Johnson and Maye had 12 points apiece in the first half before Garrison Brooks (12 points) and Kenny Williams (10 points) contributed after halftime. UNC dominated the boards 49-32 in its fifth consecutive victory.

"That was really big," Roy Williams said. "Four guys in double figures, you like that. Two turnovers the second half, and the rebound margin is probably the game."

The Cardinals (16-6, 7-2) cut a 19-point deficit to 58-49 midway through the second half but came no closer. Dwayne Sutton had 19 points and Christen Cunningham 15 with nine assists for Louisville.

The Cardinals' loss came three days after a 28-point victory at Wake Forest that they had hoped to follow by sweeping the Tar Heels. Instead, they and the crowd were left wondering what happened after their second home loss this season. Louisville lost to Kentucky 71-58 on Dec. 29

"We didn't come out with much fire," Louisville coach Chris Mack said. "It was a great environment, and to essentially end the half with no offensive rebounds, let Carolina dismantle us on the glass, I can't tell you how disappointed I am in that effort alone."

Saturday's victory was the first time the Tar Heels beat a team by 10 or more points on its home floor after losing to it by at least 20 at home.

As might be expected in Muhammad Ali's hometown, the game featured video clips and sound bites from the late heavyweight great. Several preceded Louisville player introductions, with others played during timeouts in an attempt to inspire the Cardinals and a crowd of 19,985.

Rings of the bell briefly produced some energy, mostly by the Tar Heels.

Said Cunningham: "We just got bullied. They pushed us off the line. They made us run our offense 35, 40 feet. We just didn't answer the bell."

North Carolina is likely to move up a spot with the decisive win. Louisville will likely fall a few spots.

North Carolina: The Tar Heels had their way in nearly every key statistic. They used their size to outrebound Louisville 18-7 offensively, which led to an 18-3 domination in second-chance points. The paint was all theirs as well (38-26).

Louisville: This wasn't how the Cardinals hoped to begin a brutal February against four consecutive ranked opponents. They missed 10 of 11 shots during one stretch in the first half and dug a double-digit hole. They were no match for the Heels inside.