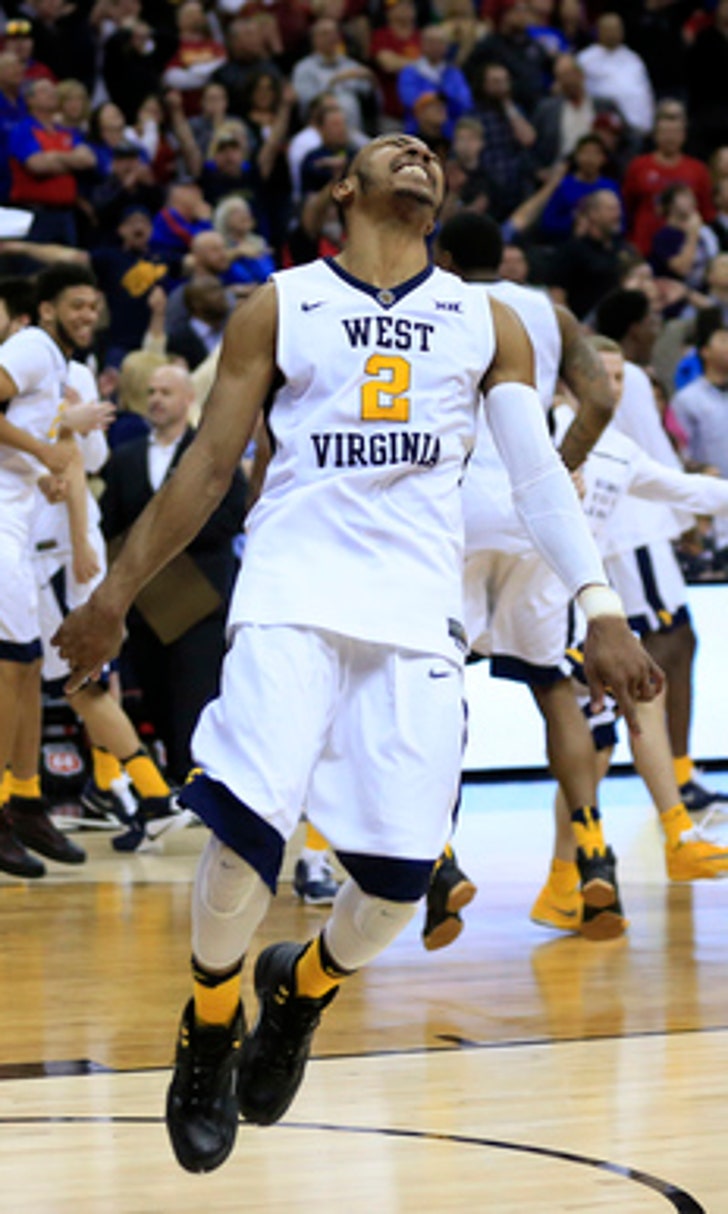 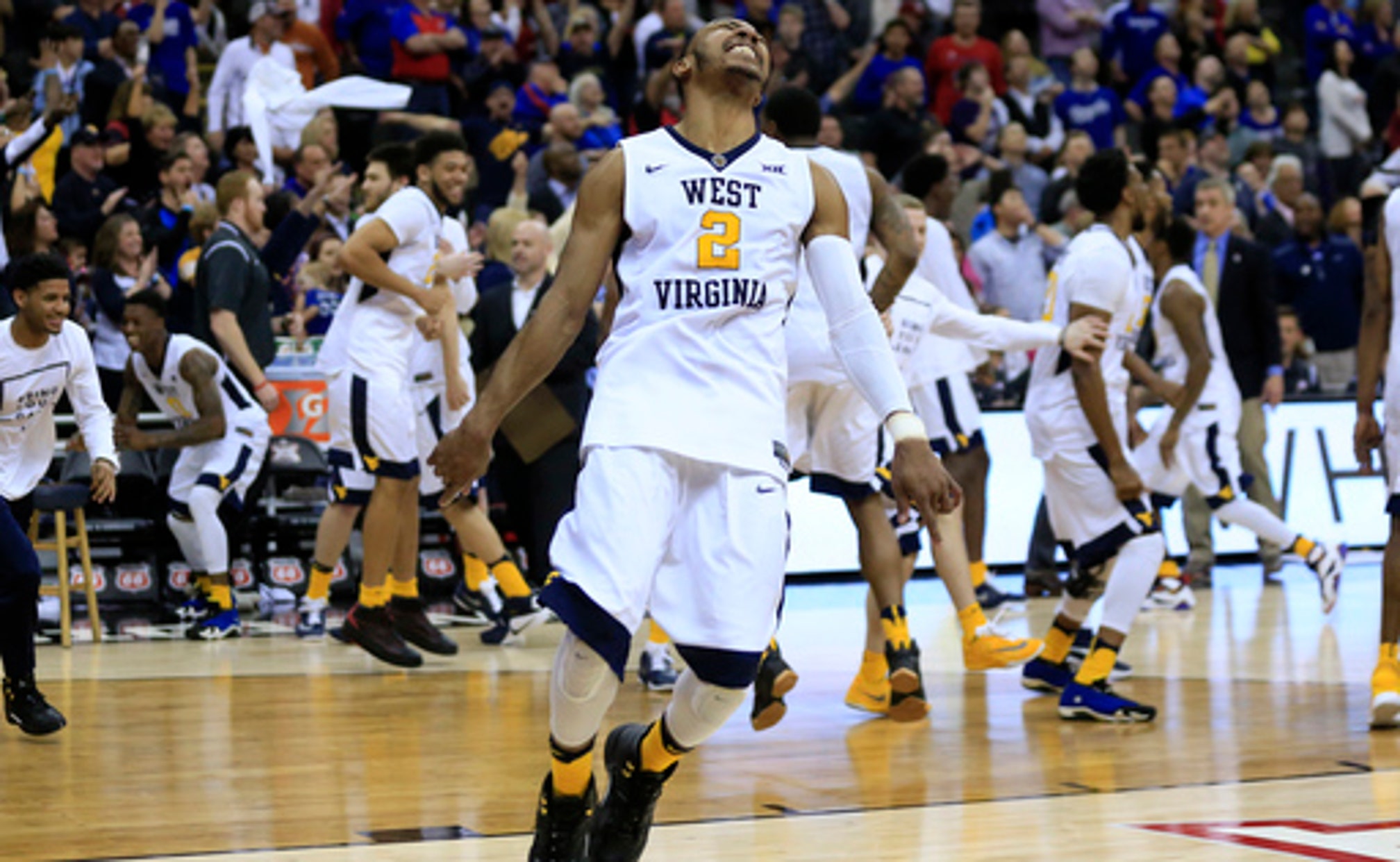 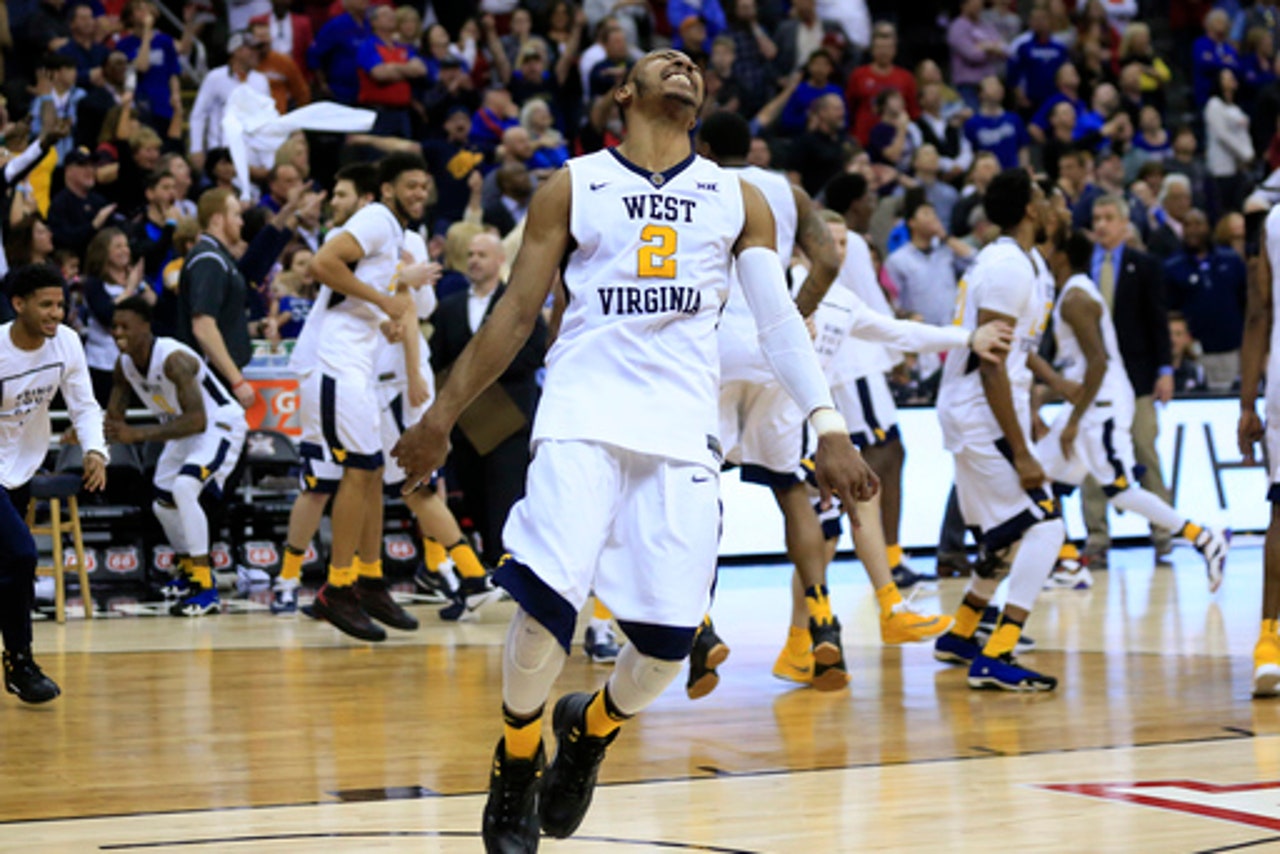 KANSAS CITY, Mo. (AP) No. 9 West Virginia escaped with a 69-67 victory over sixth-ranked Oklahoma when Buddy Hield's half-court shot was ruled a fraction of a second late in the Big 12 Tournament semifinals Friday night.

Jevon Carter scored 26 points to lead the Mountaineers (26-7), but it was Jaysean Paige whose pullup jumper over Isaiah Cousins gave them the lead back with 11.1 seconds left.

Christian James missed a potential go-ahead layup at the other end and the Sooners (25-7) fouled with 1.8 seconds left. They got another chance when West Virginia's Jonathan Holton could only make the second of two free throws, and they quickly got the ball in the hands of the Big 12 player of the year.

Hield took a couple of dribbles before letting loose his shot, and it banked in as the Sooners poured off the bench and into the crowd to celebrate. Meanwhile, the game officials huddled at the video monitors and reviewed the shot, ultimately determining that it came off Hield's hand a moment too late.

West Virginia will play No. 1 Kansas for the title Saturday night.