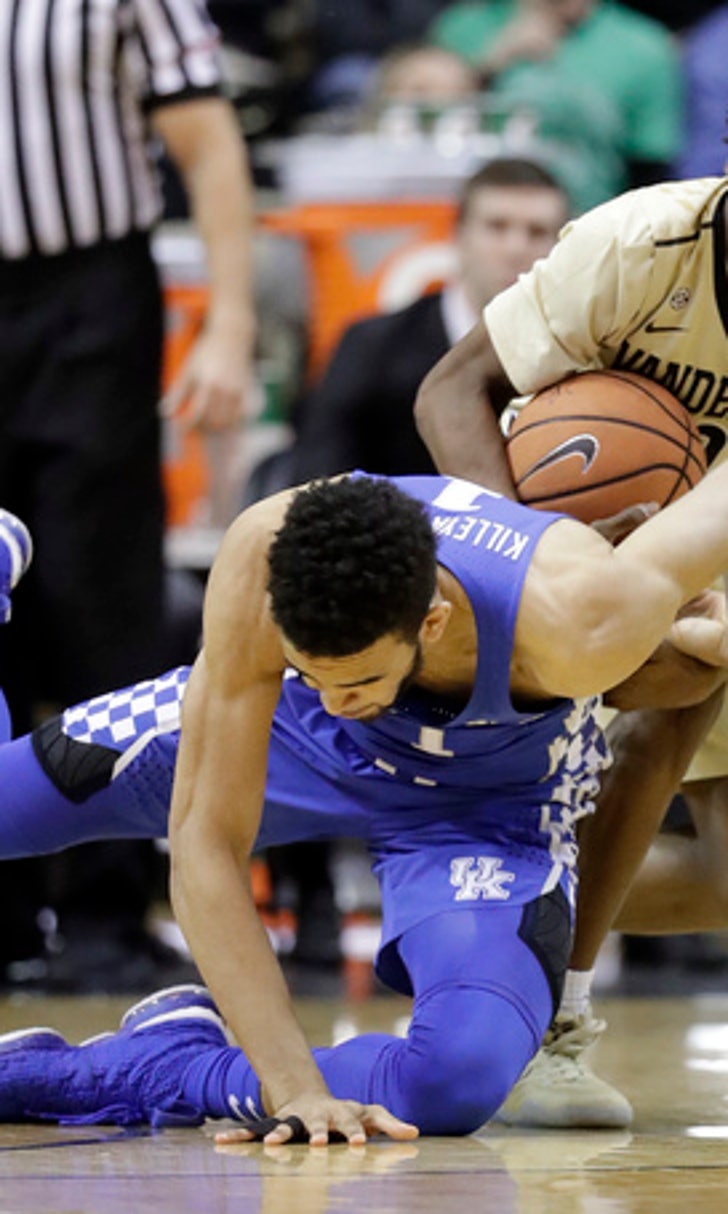 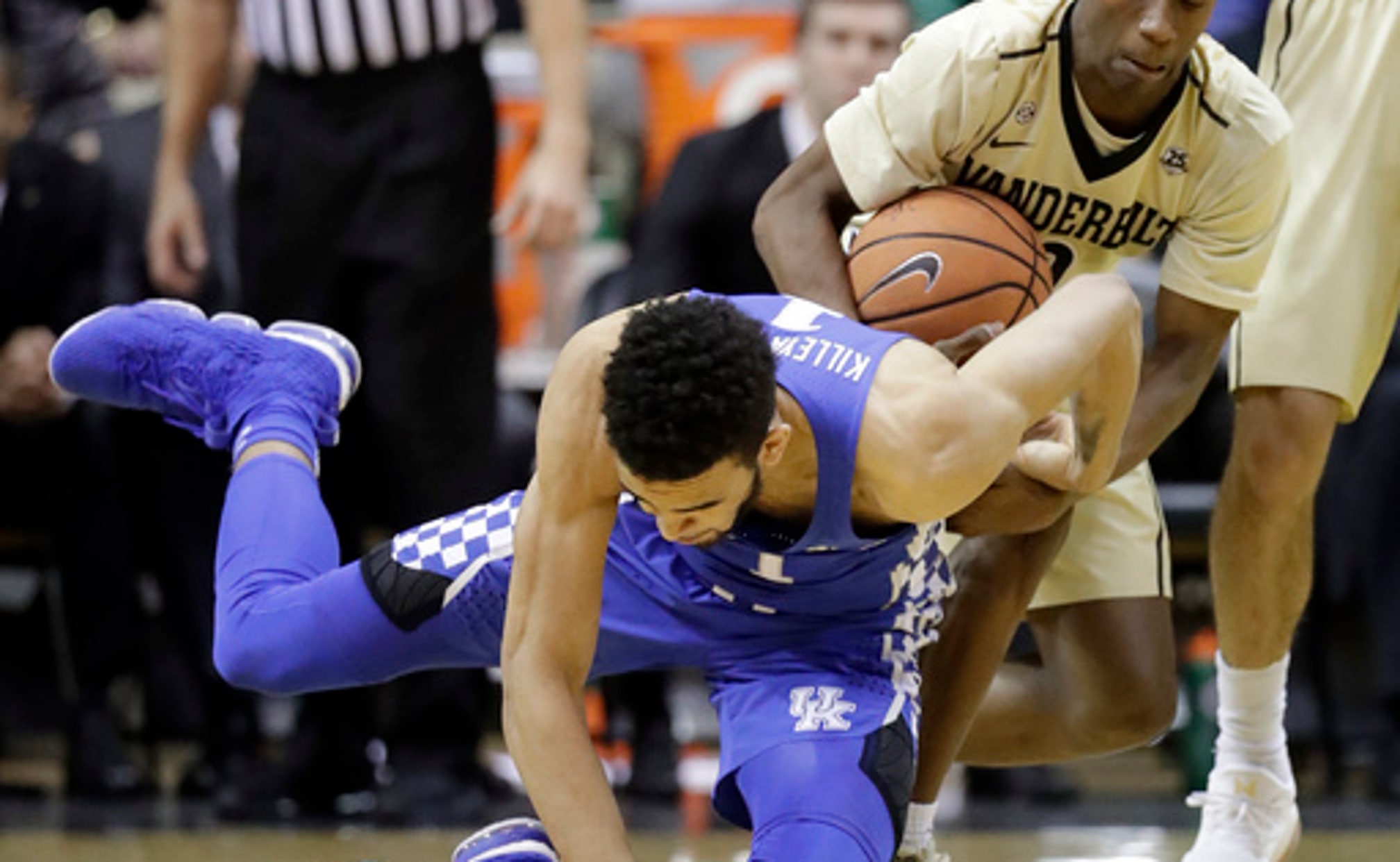 NASHVILLE, Tenn. (AP) Kentucky coach John Calipari decided the time had to come to make his point to freshman Kevin Knox on attacking the basket - even at the risk of a loss.

Knox scored five straight points to put No. 21 Kentucky ahead to stay in a 74-67 victory over Vanderbilt.

With the score tied at 59, Knox hit a jumper with 3:48 left and hit the free throw that put Kentucky ahead for good. He added a layup on the next possession for the Wildcats (14-3, 4-1 Southeastern Conference). Wenyen Gabriel added a tip-in, and Hamadou Diallo knocked down a 3-pointer for a 10-2 run clinching the victory.

''He's been challenging me this whole season to be aggressive and to go to the basket,'' Knox said. ''I'm starting to get it now.''

Calipari said he told his bench during the game he would keep going back to Knox to help the freshman figure out what the coach is asking of him.

''It's not fair to Kevin Knox, the youngest freshman in the country to be put in that environment ... and have to make those plays and free throws,'' Calipari said. ''It's not fair to him, but that's how we do this.''

Shai Gilgeous-Alexander led Kentucky with 22 points. Knox finished with 17 and Diallo and P.J. Washington each had 10.

Vanderbilt played most of the second half without senior guard Matthew Fisher-Davis because of an injured right shoulder.

But the Commodores pulled within 70-66 on a layup by Riley LaChance with 34.7 seconds left, and they forced Washington into a turnover. LaChance was fouled on a 3-point attempt, then the senior missed all three free throws despite being an 88.9 percent shooter at the line.

Kentucky never led by more than nine. The Commodores fought back and took their first lead since the opening minutes at 56-55 on a layup by Peyton Willis with 7:58 left. Joe Toye's three-point play with 5:01 to go tied it for the third time at 59.

Vanderbilt, which thrives off shooting the 3, hit 6 of 25 against Kentucky. They were only 1 of 11 in the first half, staying close by hitting nearly every free throw (12 of 13) until going cold late in the half. Kentucky led 36-27 thanks to a 9-2 spurt where Vanderbilt hit only one field goal after an alley-oop dunk by Lee with 6:11 left.

Kentucky: With Quade Green out, Gilgeous-Alexander is showing why Calipari had such a hard decision about who to start at point guard. He played 39 minutes along with Diallo.

Vanderbilt: The Commodores have lost seven games this season by single digits, and three of their four SEC losses all have been by single digits. Roberson said, ''Being close is not good enough. Everyone is sick of it.'' ... Needing some size in the paint against Kentucky, Drew used 6-foot-10, 234-pound freshman Ejike Obinna for the first time in conference play. He played only 3 minutes, all in the first half, and got one rebound and one point. Drew said the freshman had been sick and lost weight but not enough to qualify for a medical redshirt.

The young Wildcats are in the midst of playing four of five SEC games on the road, and they are being tested. ''I'm asking for the impossible,'' Calipari said. ''I'm playing a bunch of freshmen, and I'm asking them to go on the road in a hostile environment. Blackout night, shirt night, and let's win the game. It's going to be close. But you got to tough it out. That's my job to ask for the impossible.''