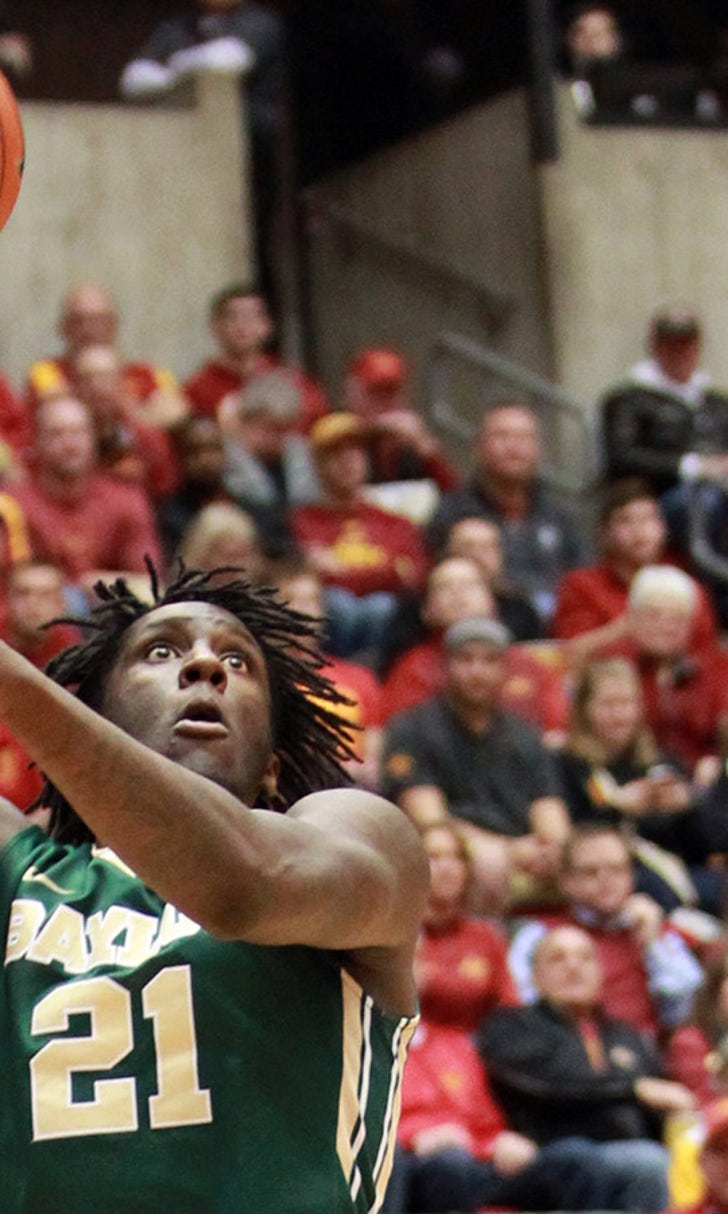 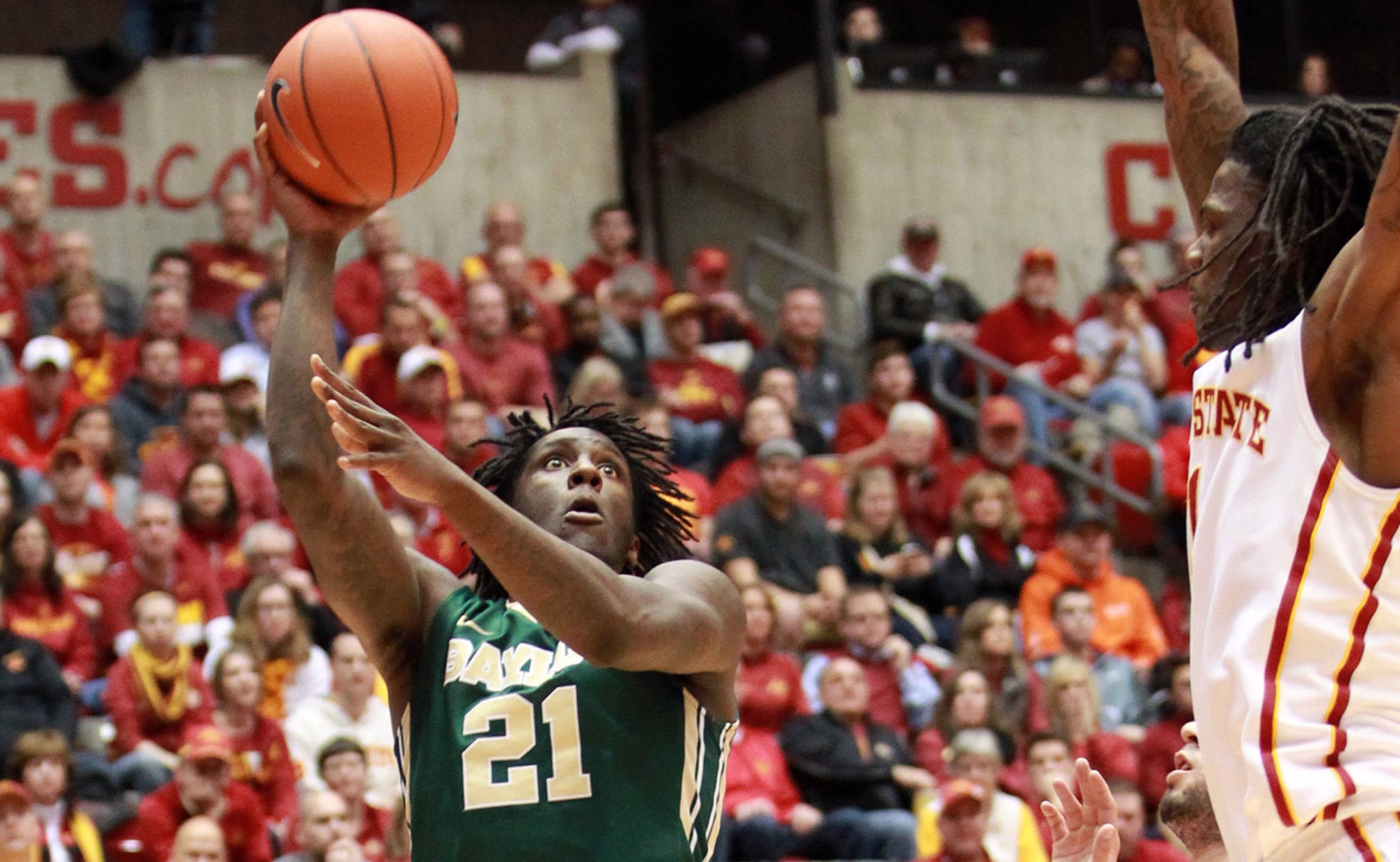 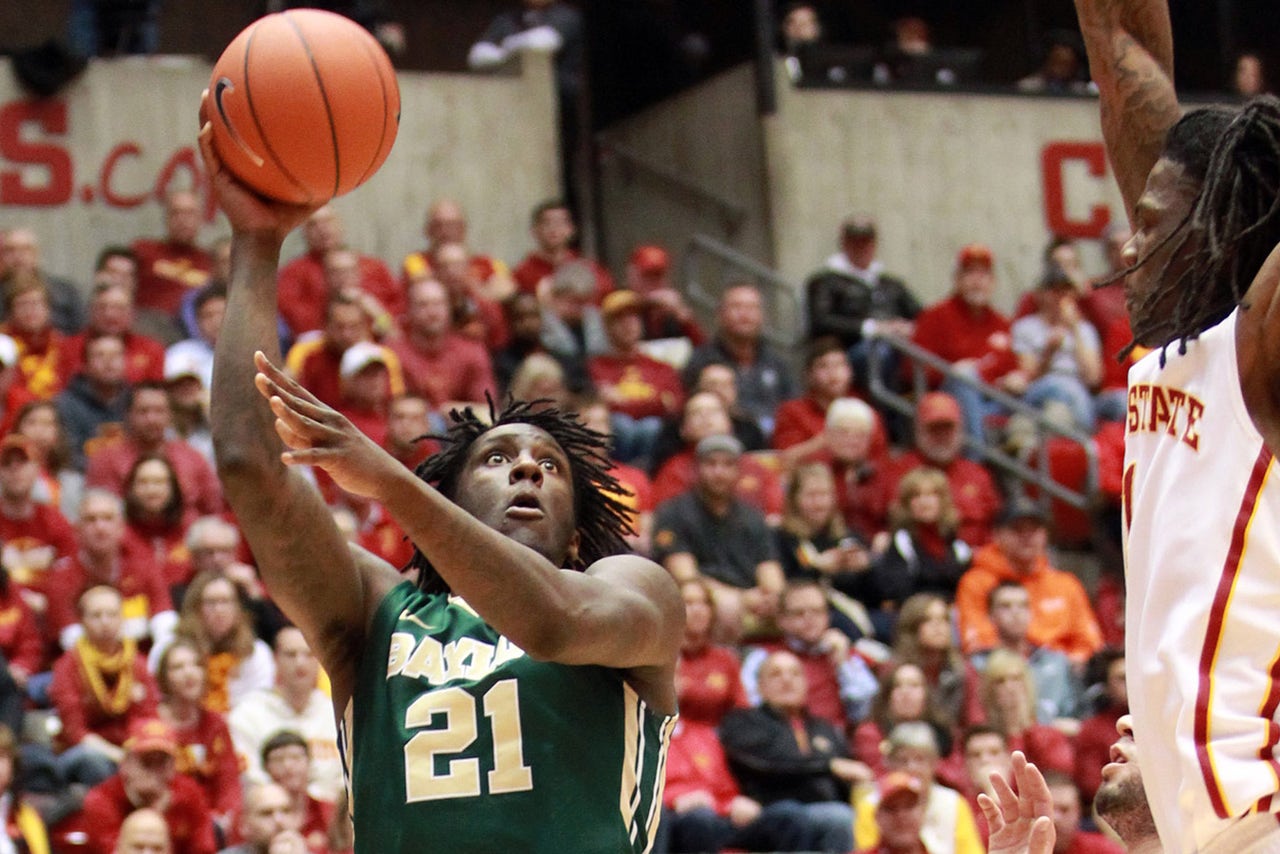 Baylor was down eight and seemingly destined for its 13th straight loss at Iowa State.

Then the Bears started making shots -- seven straight 3s, to be precise -- for a stunning late run that sunk the Cyclones.

Taurean Prince scored 20 points and 19th-ranked Baylor upset No. 12 Iowa State on the road 79-70 for its third straight win on Wednesday night.

"He hit shots. They had open shots, and missed the shots and momentum swung," Baylor coach Scott Drew said.

They're now a game behind the first-place Jayhawks in the Big 12 with just three games to play.

"We just didn't stay together as a team," McKay said. "We stopped communicating. We lost our commitments, which led to open shots.

Iowa State and Baylor staged one of the best games in the Big 12 this season back on Jan. 14. The Bears squandered a 28-11 lead, but rallied for a 74-73 win on Kenny Chery's jumper with four seconds left.

The rematch was in doubt until the Bears got rolling from beyond the arc.

Bryce Dejean-Jones gave the Cyclones a 50-48 lead by leaping over a foot above the rim for a spectacular put-back dunk, and Niang found McKay for an alley-oop dunk pushed the edge to 60-54 with 8:28 left.

But Baylor held Iowa State to just four points in the final 6:26, and its hot streak helped the Bears sweep the Cyclones for the first time.

"You're not going to do that a lot on the road. We made a lot of shots," Drew said. "The other thing is we continued to compete."

Chery had 15 points and seven assists for the Bears.

Georges Niang had 14 points and Matt Thomas scored 13 for Iowa State, which followed up road wins over Oklahoma State and Texas with its first home loss of the year.

"They got it going on us early again, and I just didn't think our urgency coming out of the gate was very good," Iowa State coach Fred Hoiberg said. "You would have thought with the week that we had and what was at stake that we would have come out of the locker room with great urgency."

Iowa State: Starter Dustin Hogue committed three turnovers in the first four minutes of the second half. He played 13 minutes and had just two points and two rebounds.

Lester Medford had 12 points on four 3s for Baylor...Iowa State is 0-6 when trailing at halftime this season...The Cyclones outrebounded the bigger Bears 32-31...Baylor forced Iowa State into 12 turnovers.

"We missed shots out there where we could have (eaten) a sandwich and shot the ball. We were absolutely wide open, and it affected us. It affected us on the other end," Hoiberg said.