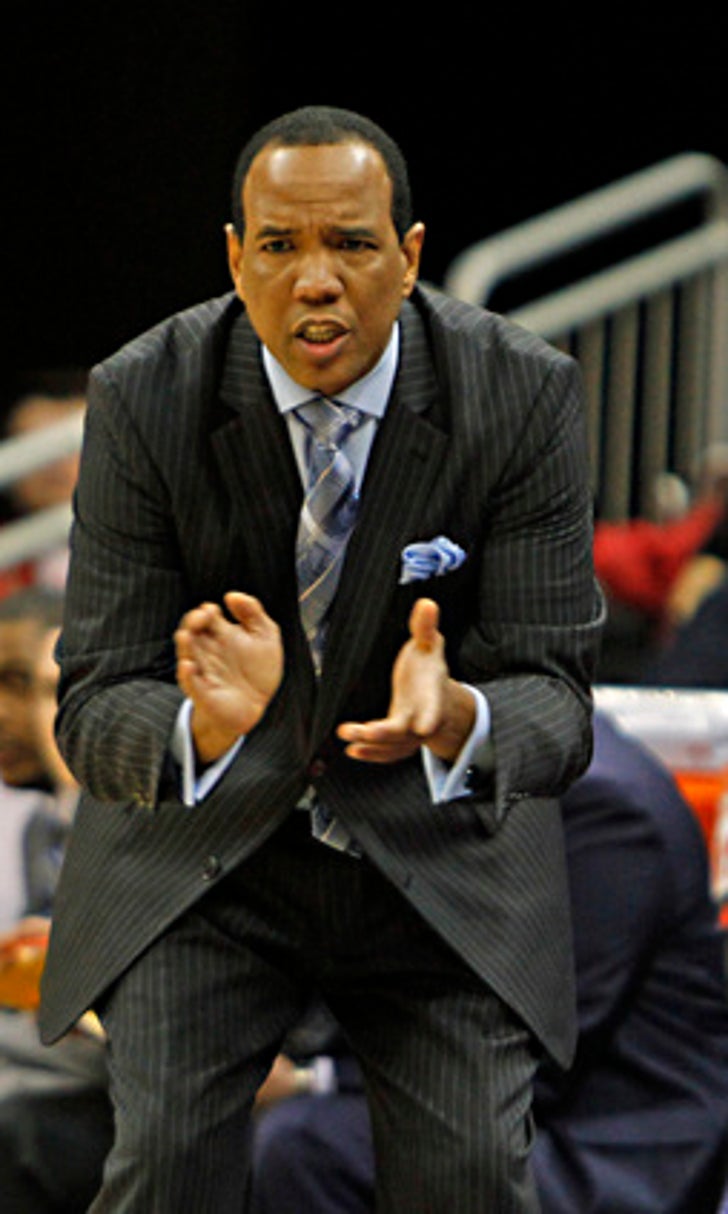 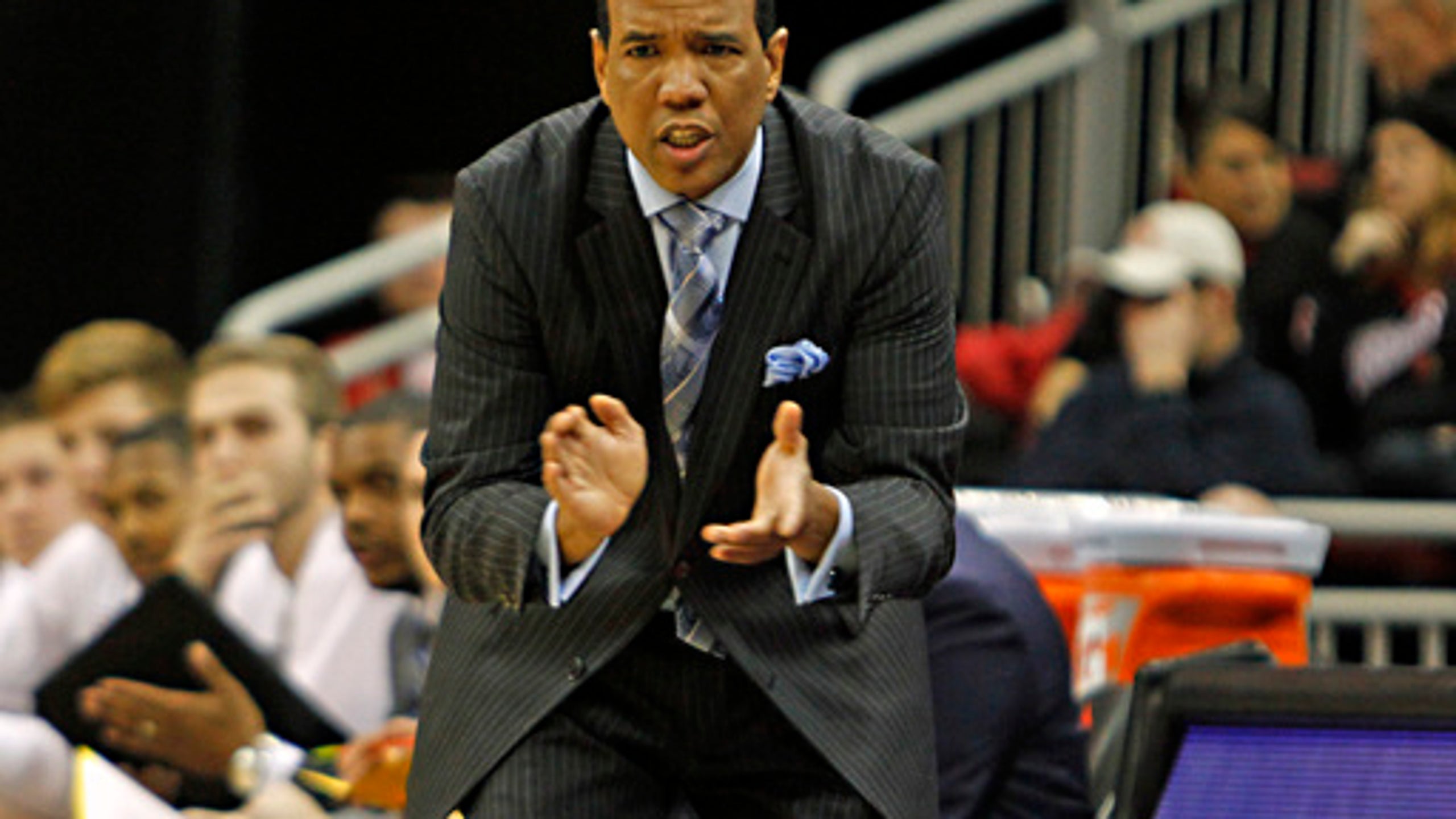 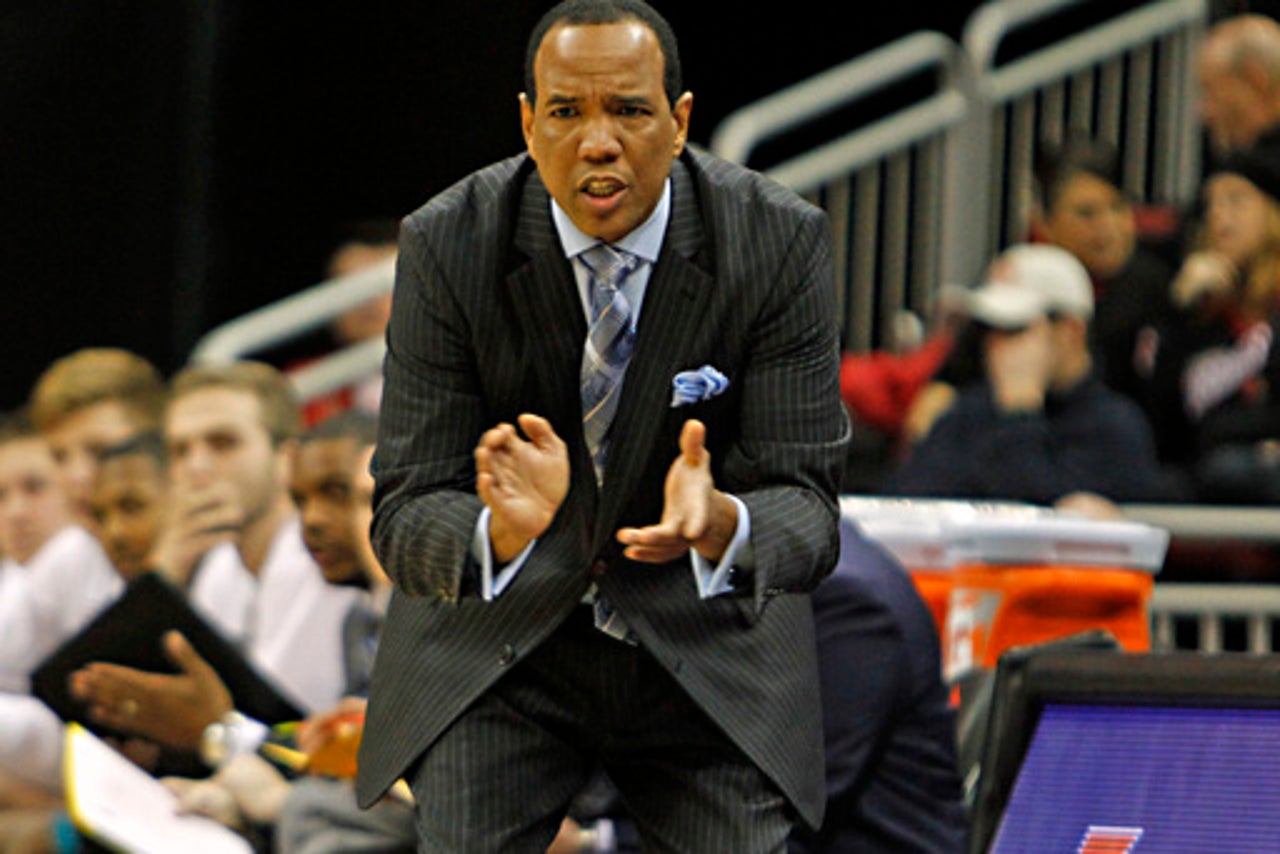 The upstart Seahawks (24-7), who press at every turn, are relishing the challenge of facing Duke (23-10), the fourth seed in the West Regional, on Thursday in the first round of the NCAA Tournament. ''My guys are excited,'' UNCW coach Kevin Keatts said Wednesday. ''We've had a tremendous year. When you talk about winning the (Colonial Athletic Association) regular-season championship and then ... to be able to make it to this point, we're excited as a program. I think our guys are up for the challenge, and we're excited about the opportunity.''

UNC Wilmington reached the NCAA Tournament four times in seven years from 2000-06, but the Seahawks had struggled through eight sub-.500 years before Keatts took over two years ago. The former Louisville assistant has gone 43-21 in his two seasons at the helm, rebuilding the roster with more than a handful of transfers. Among them are top scorer Chris Flemmings (16.1), who came over from Division II Barton, and Denzel Ingram (12.1), who played two years for Charlotte before transferring and redshirting last season.

''They've won a lot of games this year,'' Duke guard Grayson Allen said. ''They're a team that's going to get after you for 40 minutes, and that's something we have to be ready for. It's not going to be an easy task because they play a lot of guys, and the pressure is going to be on the whole game, and it's going to be the whole length of the court. So for us, we have to be sharp. We can't get into a rush. We can't play tired and make mistakes.''

Despite Duke's stellar postseason reputation - the Blue Devils have a .755 winning percentage in the NCAA Tournament and are third all-time with 105 victories after winning their fifth title last year - coach Mike Krzyzewski doesn't view this matchup as David vs. Goliath.

Rather, just another champion to contend with.

''We (have) advanced a lot more than we haven't. It's pretty obvious,'' Krzyzewski said. ''But can they beat us? They can definitely beat us. We prepare for them with that level of respect and preparation. I mean, I've watched maybe six games of theirs, and in every one they have a good verve. They play to win, and they have a style that fits their personnel really well. They're right there.''

Other things to know when Duke plays UNC Wilmington:

SHORT BENCH: Since losing senior forward Amile Jefferson to a broken right foot in December - he averaged 11.4 points and 10.3 rebounds in the nine games he played before the injury - Duke has pretty much gone with a six-man rotation. And that can be a good thing.

''They've done it since Amile has been out, so they're accustomed to it,'' Krzyzewski said. ''I think one of the very best things that can happen to a player is that he knows he's going to play, and he knows when he's going to play and how he's going to be used and who he'll be on the court with. Our guys have had that opportunity. Our starters know that they could play 40 minutes, and they like that.''

TOBACCO ROAD RESPECT: Duke and North Carolina have ruled Tobacco Road. If UNC Wilmington wants a piece of it, the Seahawks aren't saying.

''Honestly, we don't really try to feed into that - whether we're the little brother or the step-cousin or anything like that, whatever is going on,'' said Seahawks guard Denzel Ingram, a native of Chapel Hill who grew up a fan of North Carolina State. ''We just want to come here and win games and compete.''

GOOD LOSS?: Duke was knocked out of the Atlantic Coast Conference Tournament six days ago by Notre Dame, 84-79 in overtime. Call it a blessing of sorts.

''In some respects, it's good to come into the tournament losing a game that you should have won, where it's a tough loss,'' Krzyzewski said. ''Even though you're excited about the tournament, you're not giddy. You're not like, `We just won' - no, no, `We just lost, and we lost a game that we feel we should have won.' I think you grow up doing that. The extra rest is good for us. We didn't try to lose the Notre Dame game to get it. Notre Dame beat us.''

ELUSIVE POSTSEASON WINS: UNCW has one victory in the NCAA Tournament. The Seahawks upset fifth-seeded Southern California 93-89 in overtime in Sacramento, California, on March 14, 2002.