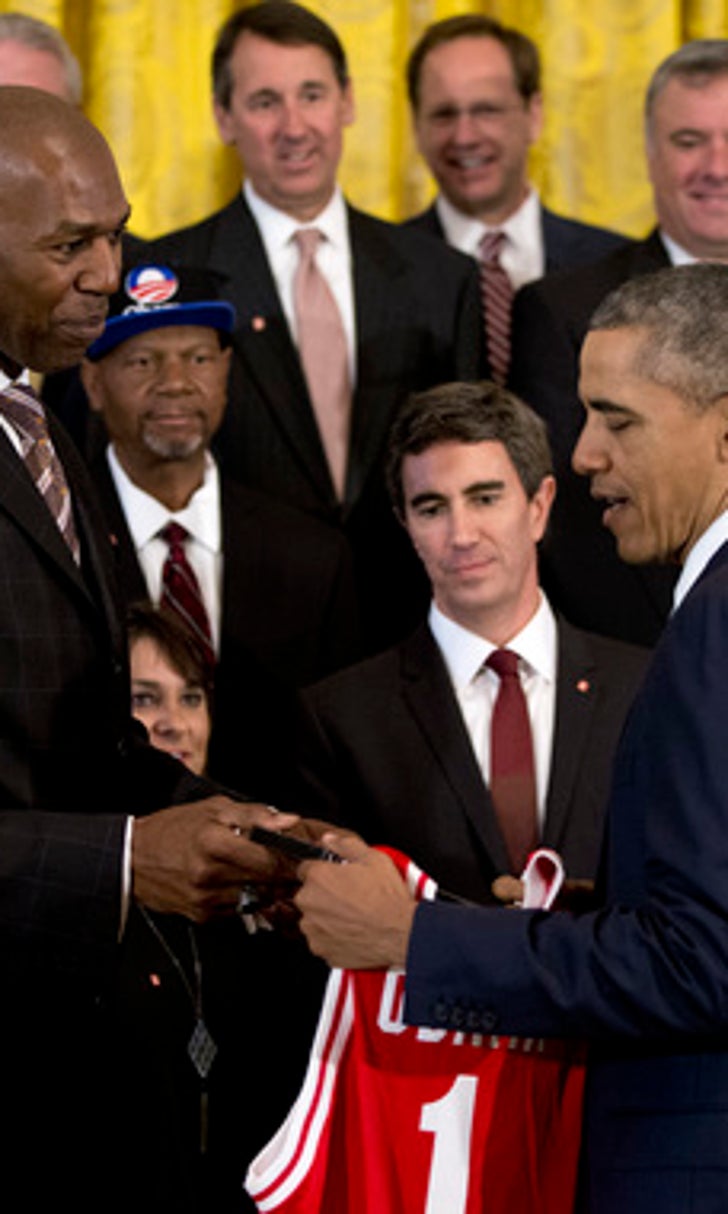 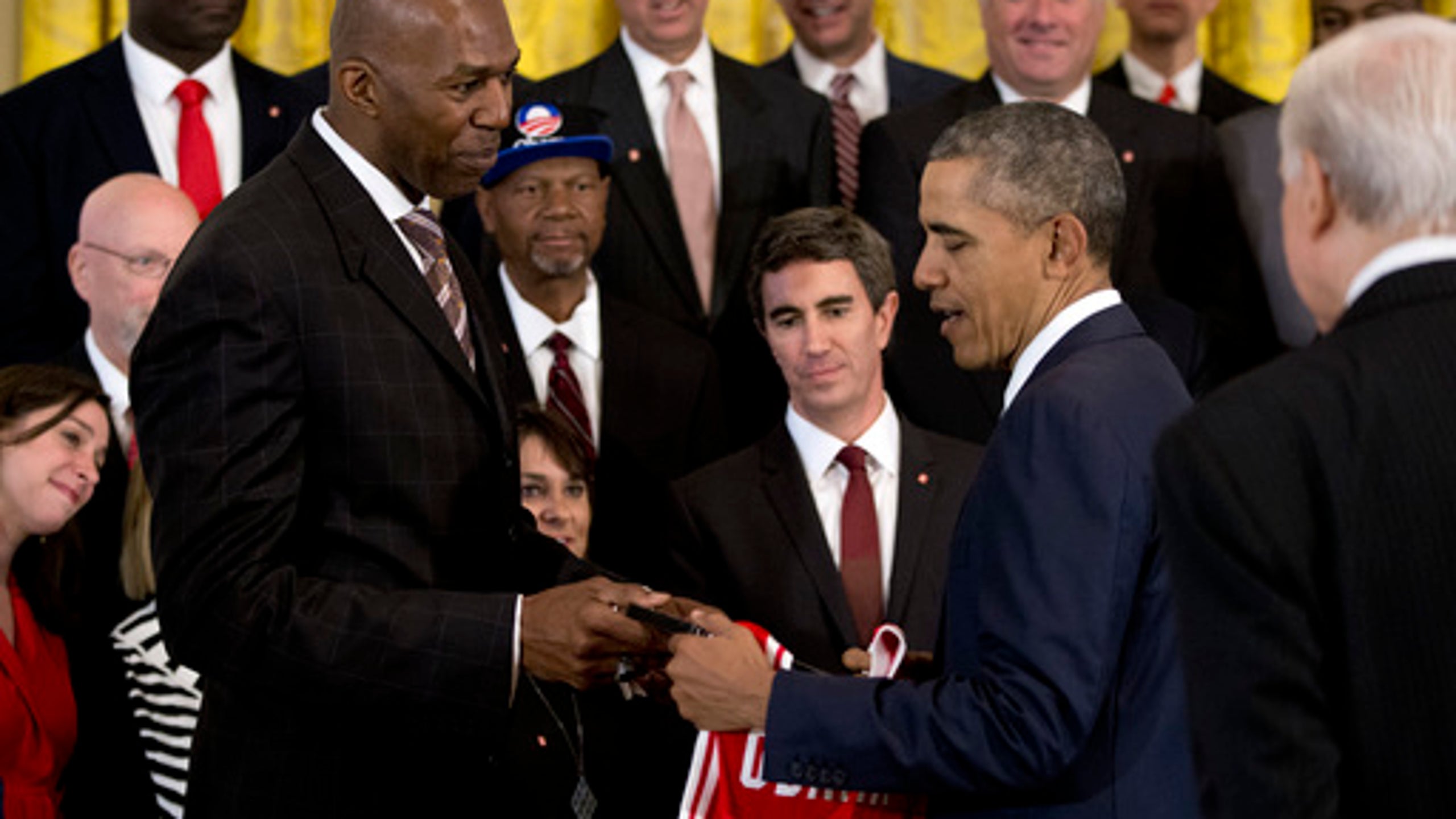 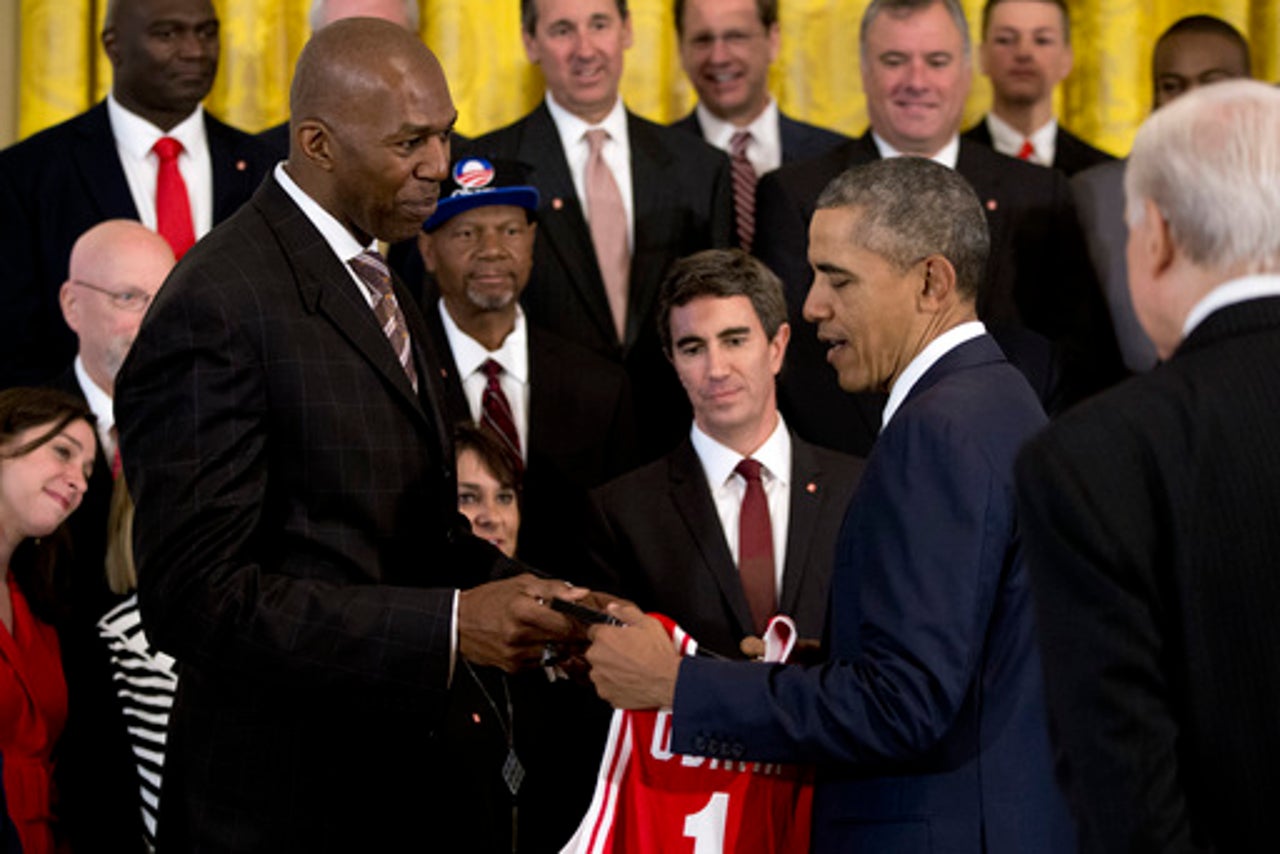 The 1983 N.C. State team that won the NCAA title was one of the most memorable in college hoops history. The game ended on what amounted to an alley-oop at the buzzer, after a 30-footer from Dereck Whittenburg fell short and Lorenzo Charles slammed it home just before time expired.

Because of financial constraints at the time, the university was unwilling to pay for the customary trip to the White House. On Monday (via McClatchy DC), the team finally got its ceremonial visit 33 years later.

“I think we appreciate it more – I know I do,” Sidney Lowe said. “Because ... you’re a college kid. And, of course you know it’s a big deal. But now, you get a chance to experience it in a different phase of your life, with family, with your wife, with the people you love.”