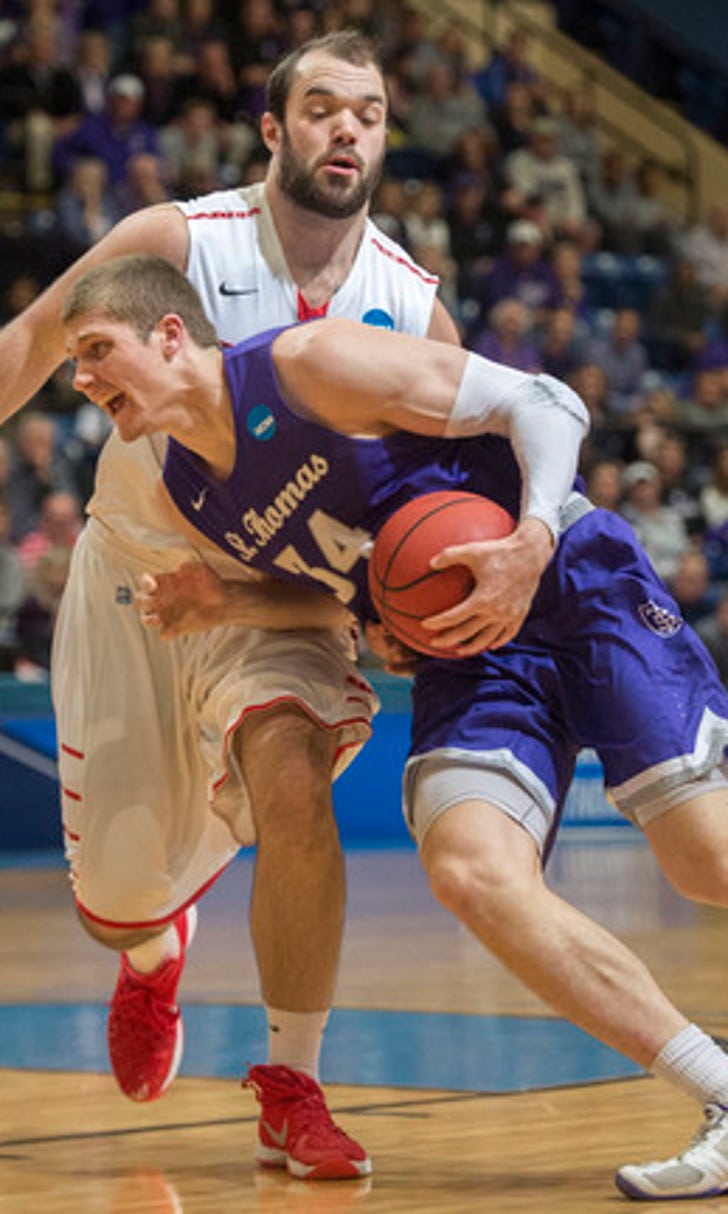 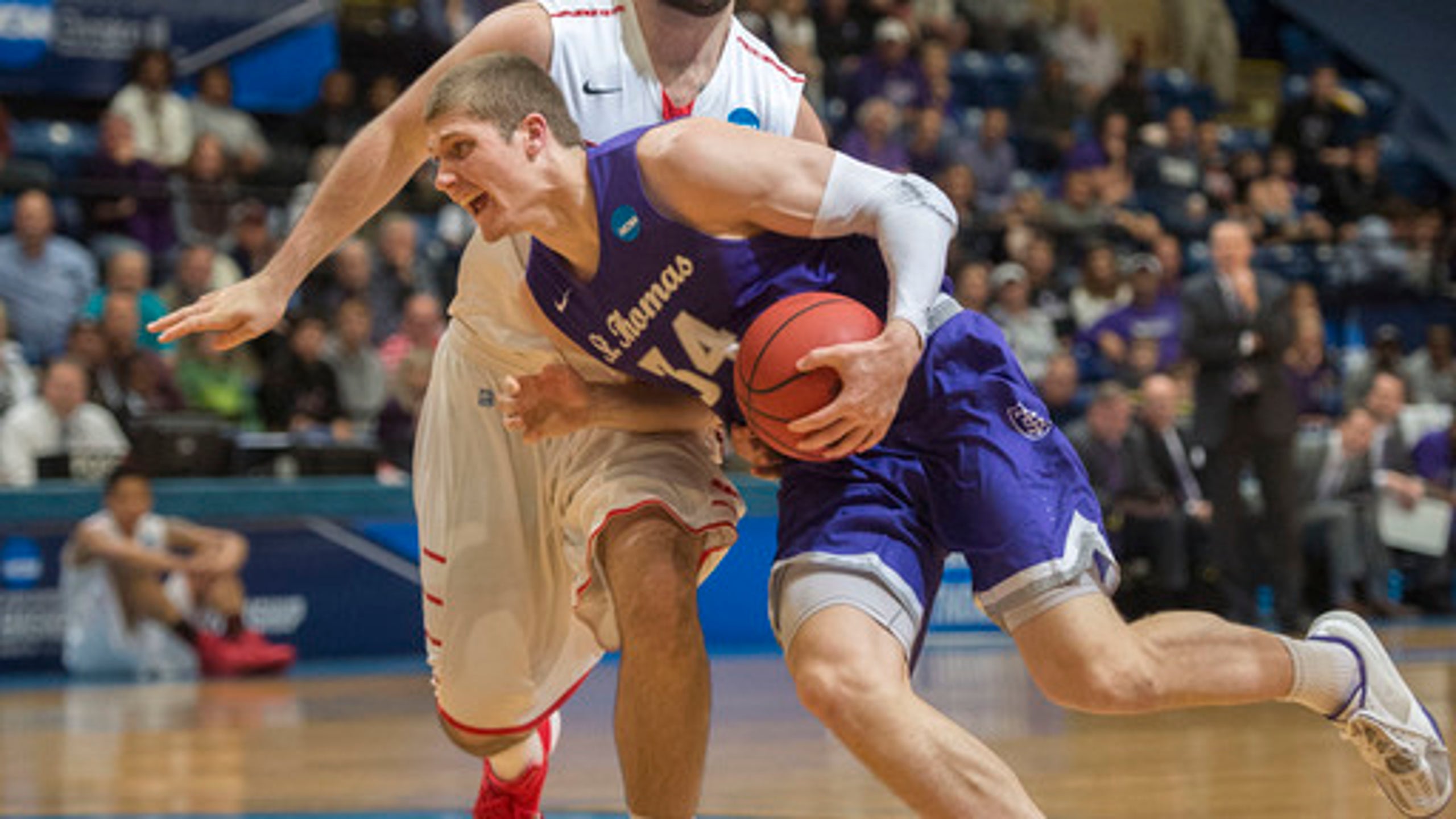 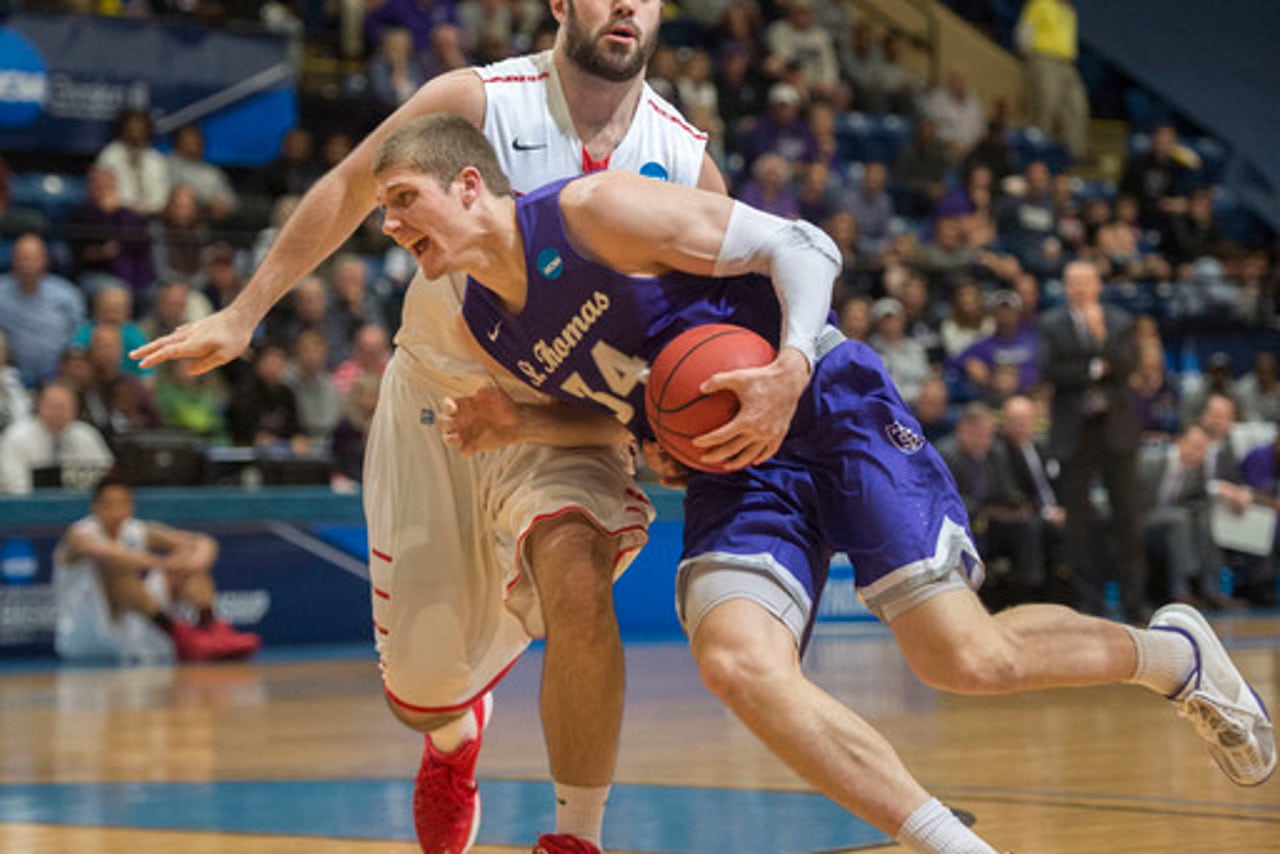 SALEM, Va. (AP) Taylor Montero scored 27 points and Ryan Saarela had 26 to lead St. Thomas of Minnesota to an 82-76 victory over Benedictine of Illinois on Saturday night in the Division III men's basketball national championship.

The Tommies (30-3) squandered most of a 12-point second-half lead, seeing it shrink to 73-71 with 1:34 to play, but Montero scored on a drive, Cortez Tillman followed an Eagles miss with a pair of free throws and Montero added an additional free throw, pushing the score to 78-71, and St. Thomas held on.

The Tommies, in their third Final Four in six years, won their second championship. They also won in 2011.

Lucas Johnson led the Eagles with 21 points and 11 rebounds and John Dodson scored 13. Benedictine (31-1) was attempting to become the first Division III team to complete a perfect season since Wisconsin-Platteville in 1998 but came up one game short in its first appearance in the championship game.