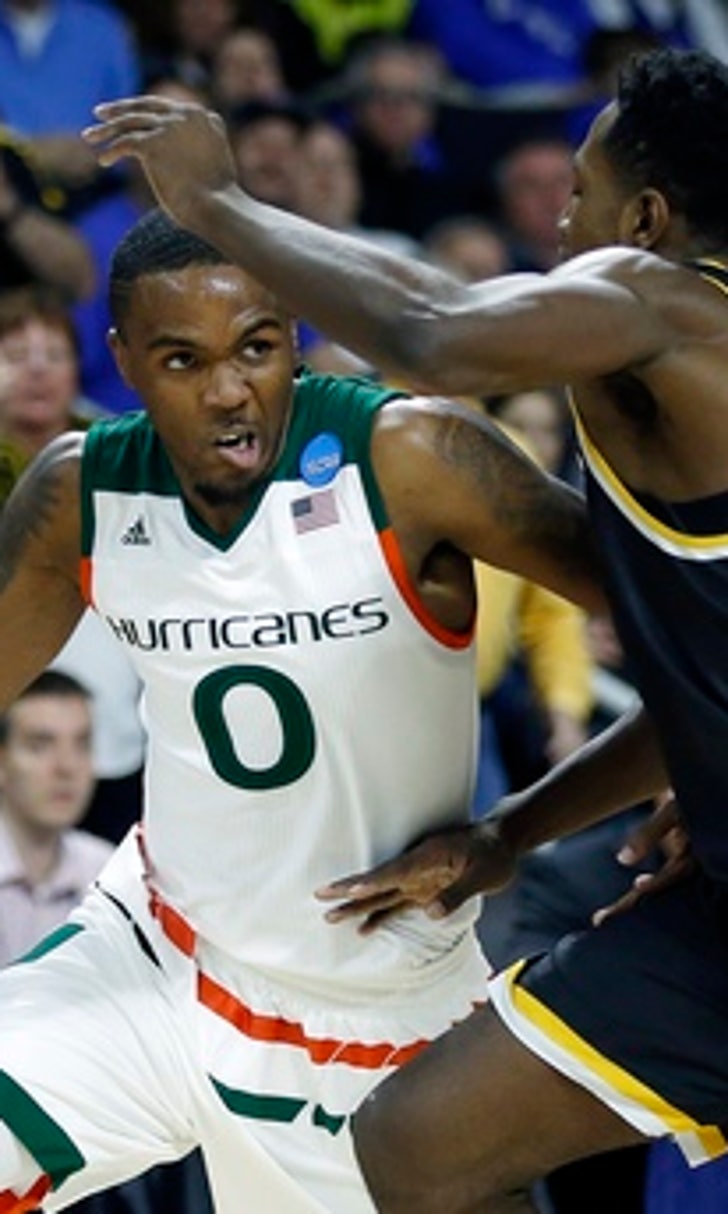 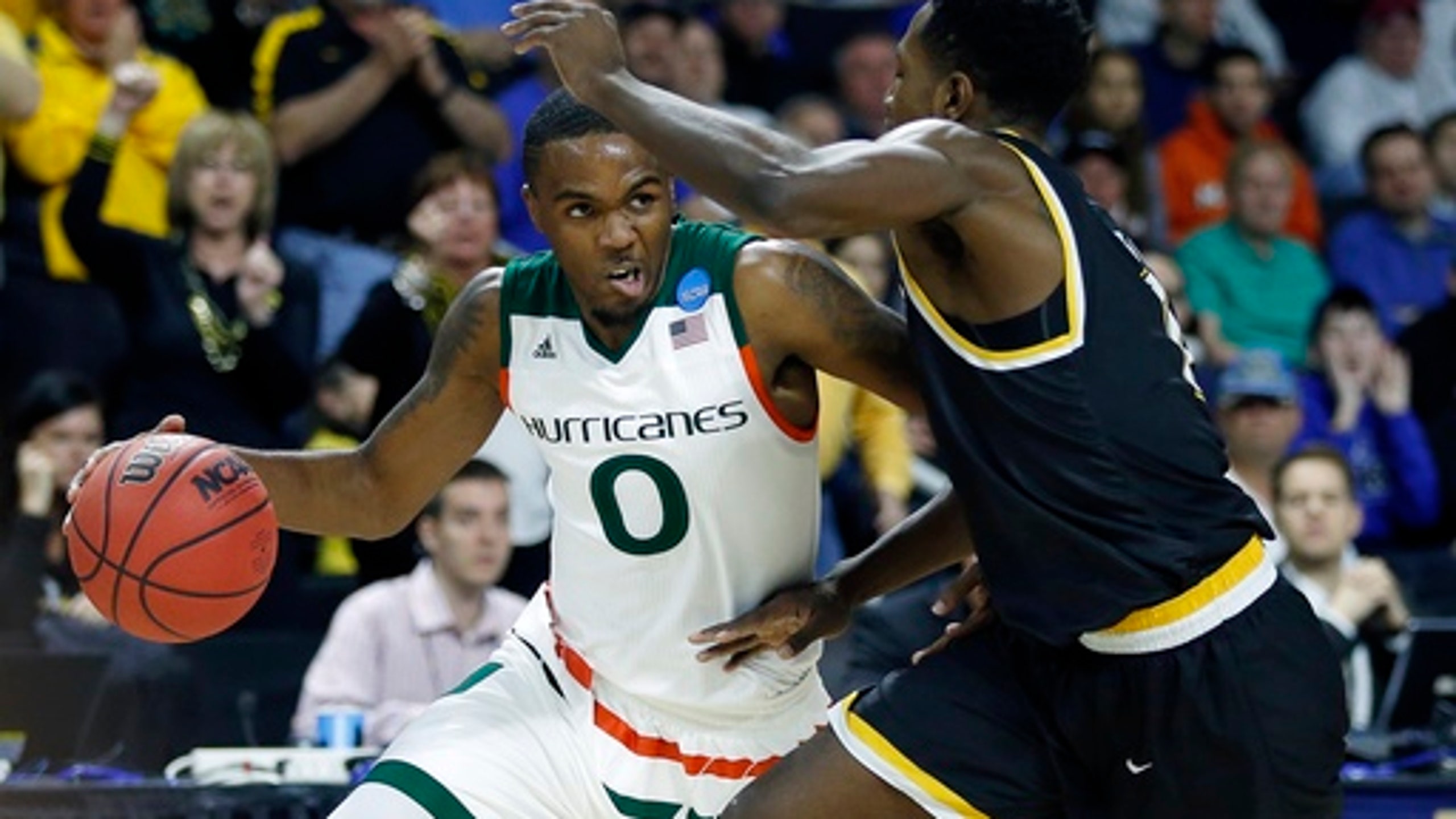 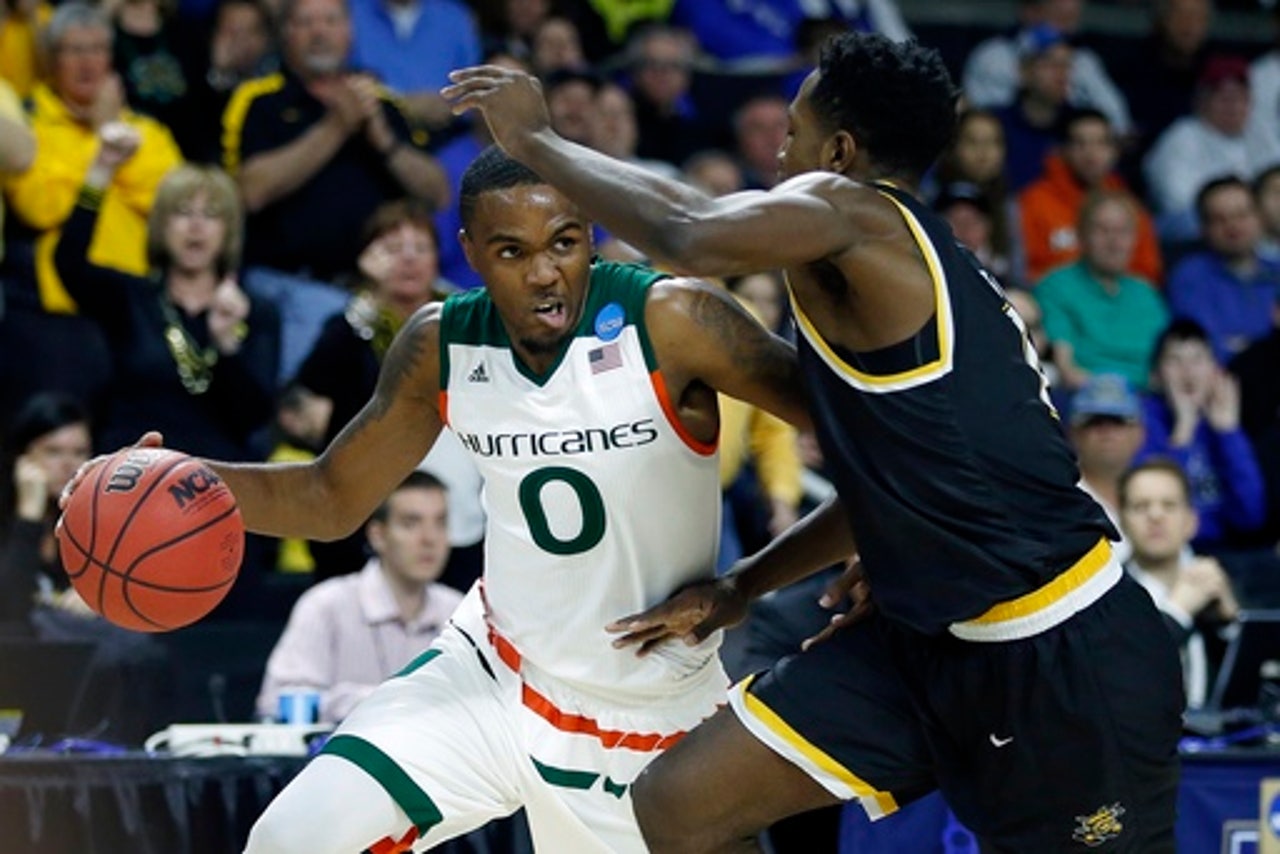 PROVIDENCE, R.I. (AP) Angel Rodriguez took over after Miami blew a 21-point lead midway through the second half, hitting a big 3-pointer with 72 second remaining and scoring 28 points to lead the third-seeded Hurricanes over Wichita State 65-57 on Saturday to advance to the Sweet 16 of the NCAA Tournament.