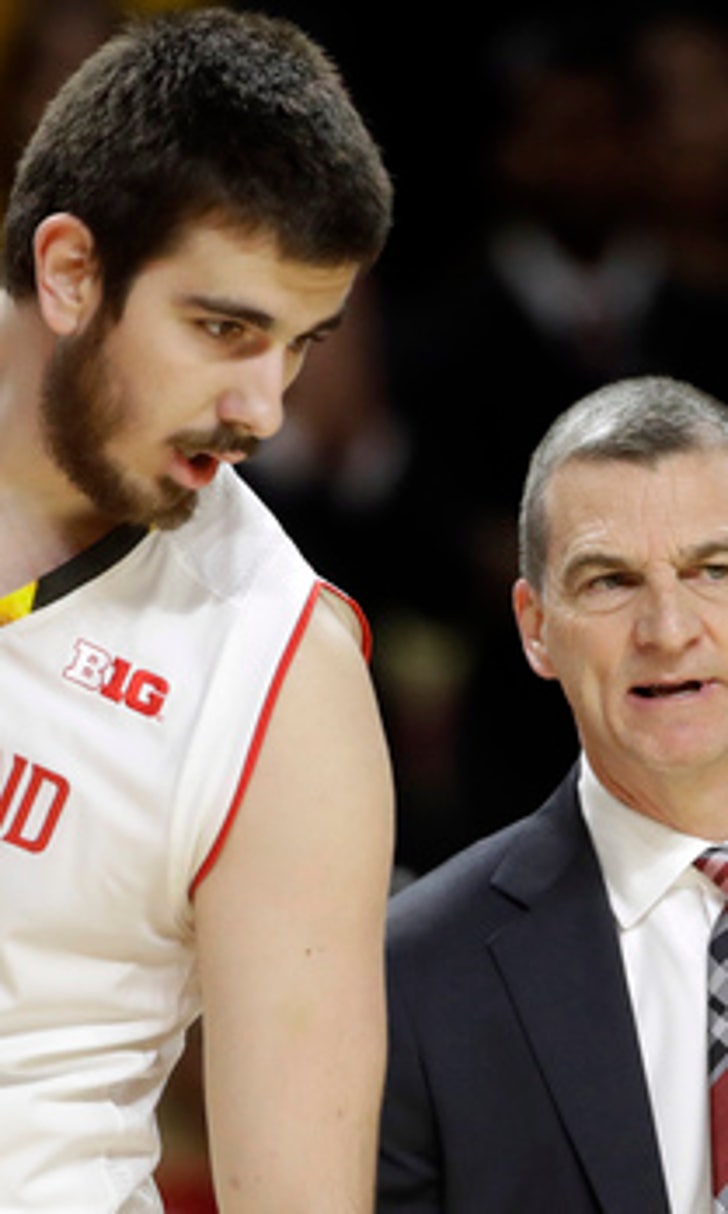 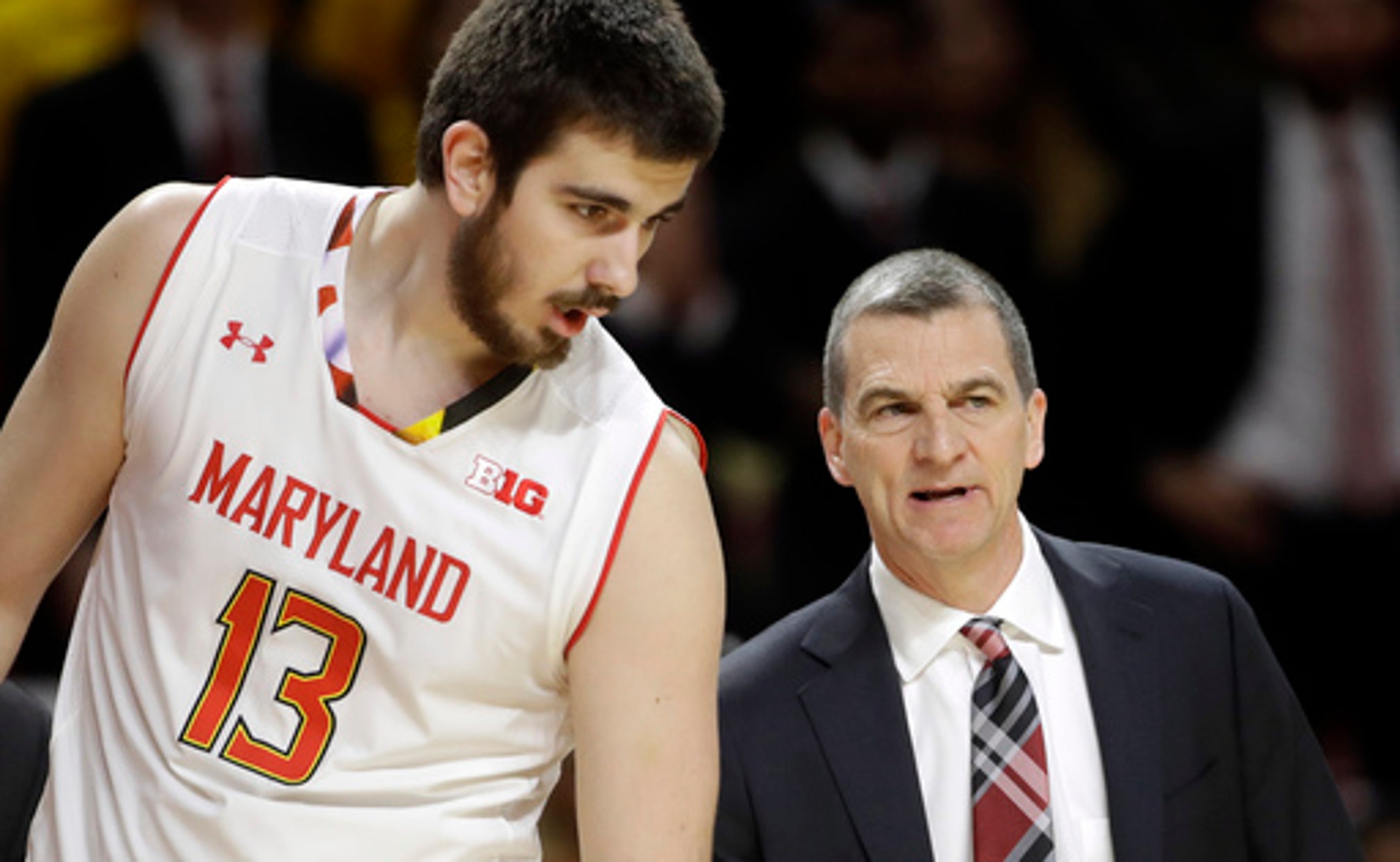 COLLEGE PARK, Md. (AP) The resurgence of the Maryland basketball program can be attributed in no small part to Melo Trimble, whose scoring and leadership helped the Terrapins make three straight trips to the NCAA Tournament.

This season, Maryland intends to sustain that success without him.

Before Trimble arrived, the Terrapins went four straight years without reaching the NCAA Tournament. During his tenure, they never missed getting a bid.

With Trimble leading the way, Maryland won 79 games over a three-year span and went 30-8 in games decided by six points or fewer. Soon after the slick-shooting point guard opted to forego his senior season, coach Mark Turgeon set out to fill the void - on and off the court.

''We'll do it by committee,'' Turgeon said. ''Melo was terrific. But we have a great backcourt that will step up. We have a lot of really good guards, and we'll be a different team.''

Sophomores Anthony Cowan and Kevin Huerter are expected to be the starting guards, and forward Justin Jackson hopes to build on a freshman season in which he averaged 28 minutes, 10.5 points and a team-high six rebounds per game.

The scoring should be distributed far more equally than last season, and so will the leadership. The latter task usually falls in the hands of the seniors, but not necessarily in this case.

''People first will look at me, Anthony and Justin to do that,'' Huerter said. ''Anthony and myself are going to have to step up and be more of leaders this year.''

Some other things to know about the 2017-18 Terrapins:

IN POSITION TO WIN: Maryland has several players who aren't necessarily locked into one positon - or even two. Senior Jared Nickens can either play guard or forward, as can Huerter and Jackson. Freshman Darryl Morsell is also a flexible guard, according to Turgeon. Duke transfer Sean Obi can play center or forward, and the same applies to 6-foot-9 Ivan Bender.

''I'm excited at how versatile we are,'' Cowan said. ''That's what makes our team better than it was last season.''

Huerter added: ''With the personnel we have and how guys like to move and pass the ball around, a lot of guys will get a lot of different looks. It will be a fun offense to play in.''

CEK IT OUT: Maryland hopes to get more playing time and production from 7-1 center Michal Cekovsky, a force in the middle when he's healthy. Cekovsky arrived from the Czech Republic in 2014 and spent his first two seasons learning the game before getting into the rotation last year. But he fractured his ankle in February and was lost for the remainder of the season. ''Michael Cekovsky is almost healthy,'' Turgeon said, ''so he'll be terrific for us.''

HARD-WORKING FRESHMAN: The Terrapins are counting on 6-10 freshman Bruno Fernando to make an immediate impact. ''He plays to exhaustion and then you put a little Gatorade in him and he practices hard again,'' Turgeon said. ''I've never seen anything like it.'' A native of Angola, Fernando is anything but a typical first-year player. ''He's athletic and he's a big, strong kid. He doesn't have the normal freshman body,'' Turgeon said.

TURGEON ERA: Now in his seventh season at Maryland, Turgeon is finally on a roll after a rocky start. Turgeon took over for Gary Williams in 2011 and inherited a roster depleted by graduation and early departures to the NBA. He sandwiched an NIT appearance around two 17-15 seasons before his current run of three straight trips to the NCAA Tournament. Under his guidance, the Terrapins are 38-18 in the Big Ten and have won at least 24 games in each of the past three years.

STAY THE COURSE: Maryland sputtered to the finish last season, losing three of the last five in the regular season before being bounced in the first round of the Big Ten Tournament and the NCAAs. So, when asked about the team's goals, Cowan said: ''Just staying together and making sure everyone stays confident. Last year we crumbled a little toward the end, so we just want to stay focused in everything we do.''