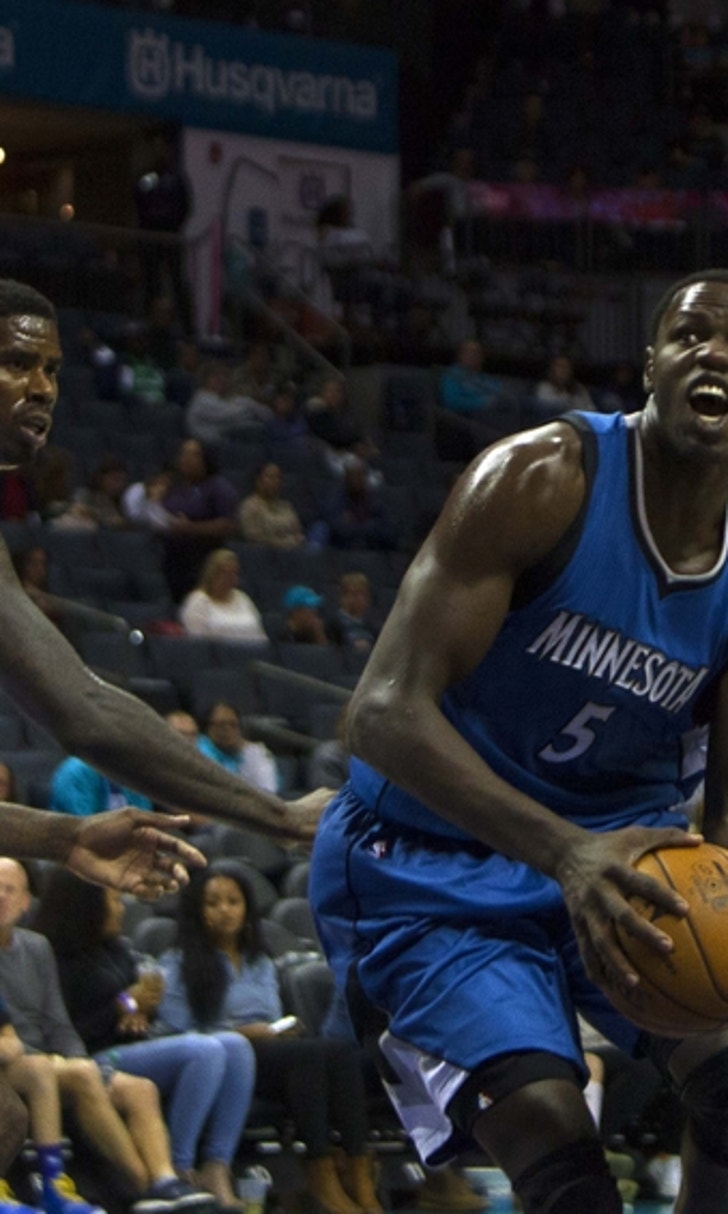 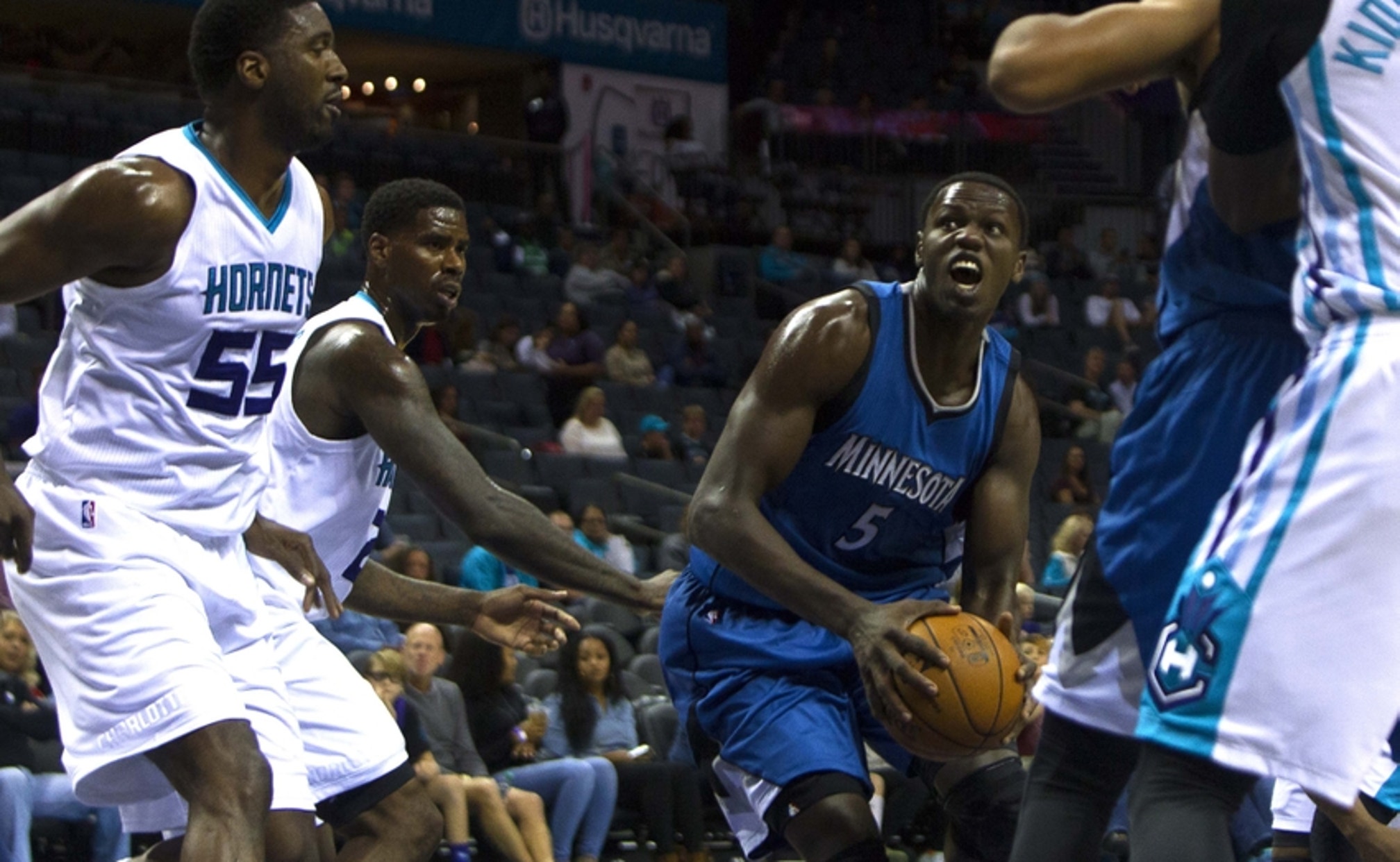 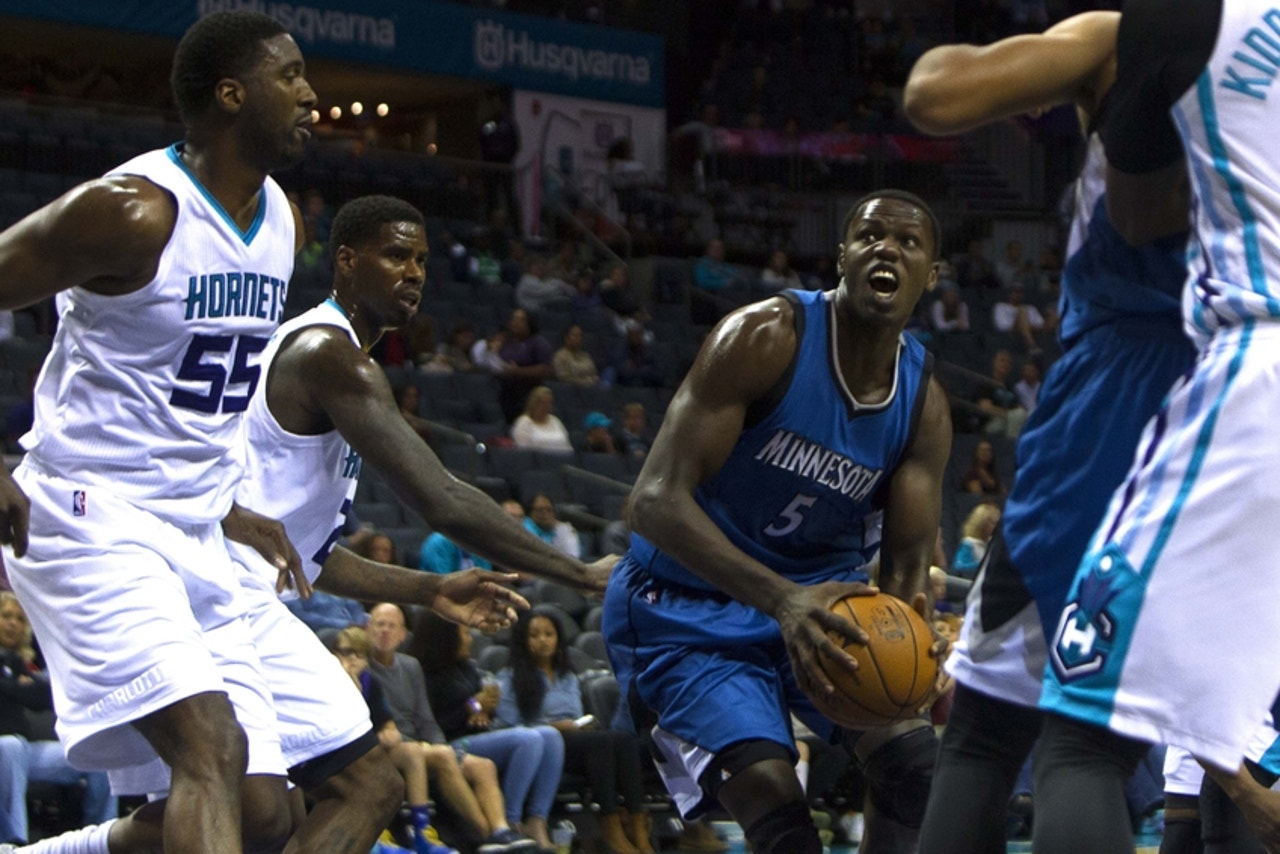 Former Louisville basketball player Gorgui Dieng didn’t quite have his best game of the preseason in the Timberwolves’ loss to the Hornets.

Dieng didn’t have his best game of the preseason, although he only played 19 minutes compared to his 22 minutes the game before. He finished the loss against the Hornets with 4 rebounds, 2 assists, 2 blocks, and 4 points.

You shouldn’t read too far into one preseason performance, unless someone is turning the basketball over at an eye-popping rate, which Dieng isn’t doing whatsoever. Former Kansas center Cole Aldrich could push Dieng for playing time, but he isn’t a huge threat to start over the former Louisville basketball product.

You can see Gorgui Dieng in person this Saturday night against the Miami Heat in the KFC Yum Center. Be sure to go online and get your tickets so you don’t miss out on a great opportunity to see a former Louisville Cardinal.

Here is the rest of the Timberwolves’ preseason schedule:

Sacramento State Hornets
share story
those were the latest stories
Want to see more?
View All Stories
Fox Sports™ and © 2020 Fox Media LLC and Fox Sports Interactive Media, LLC. All rights reserved. Use of this website (including any and all parts and components) constitutes your acceptance of these Terms of Use and Updated Privacy Policy. Advertising Choices. Do Not Sell my Personal Info