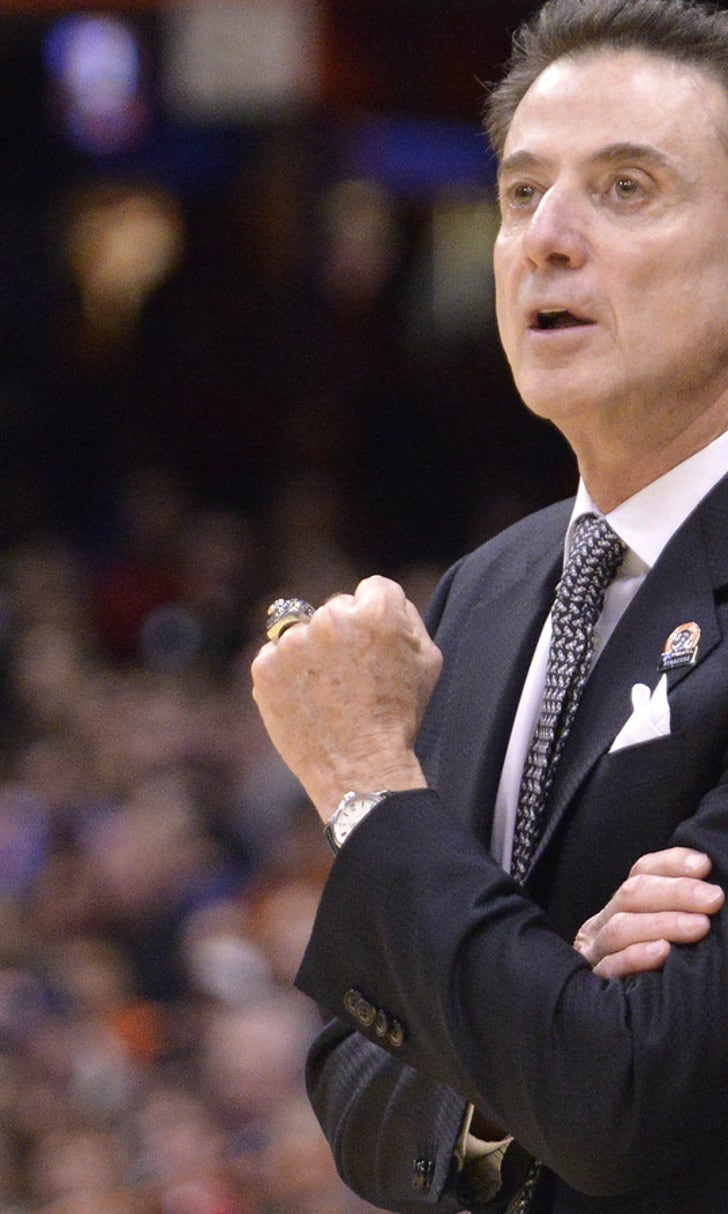 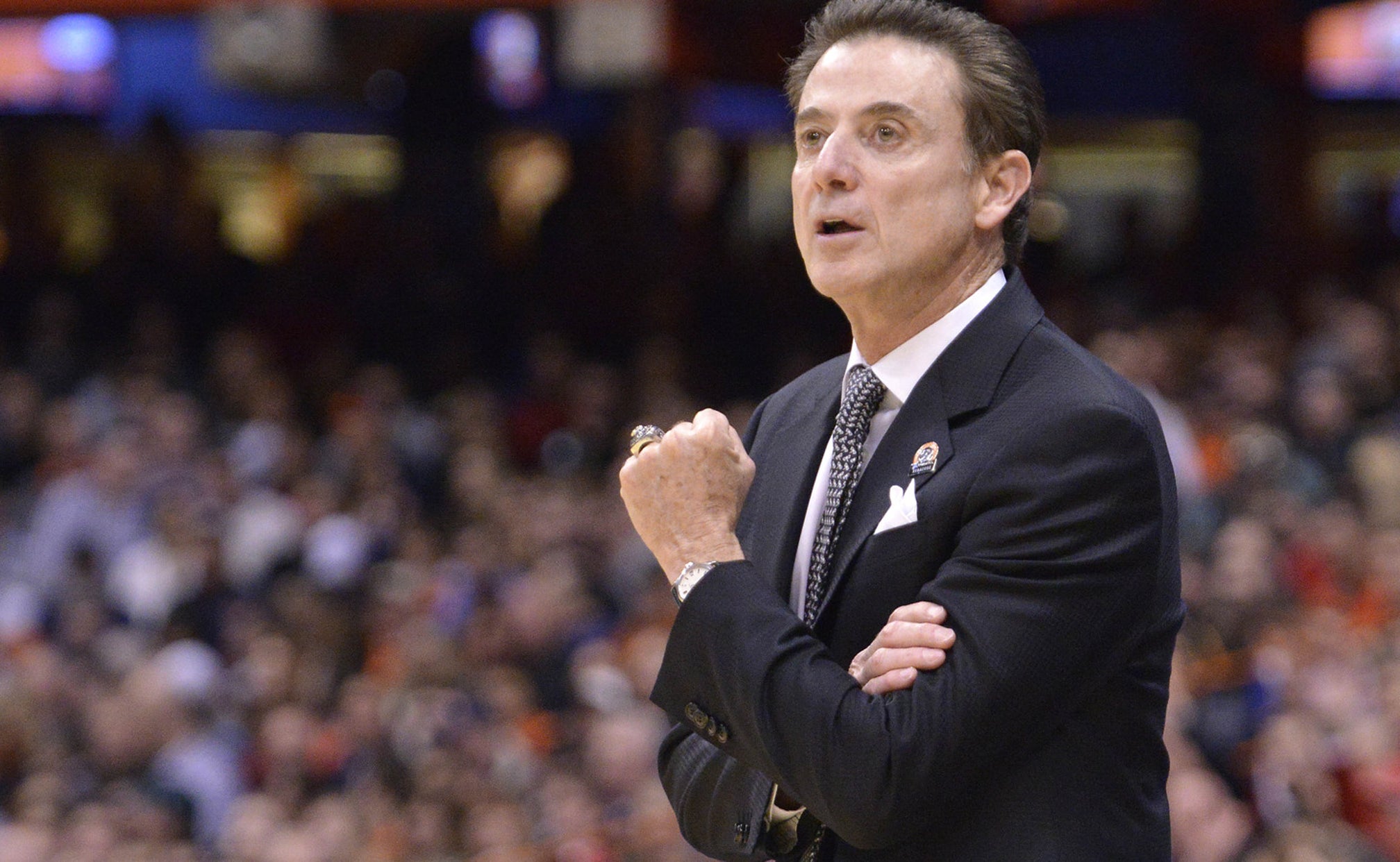 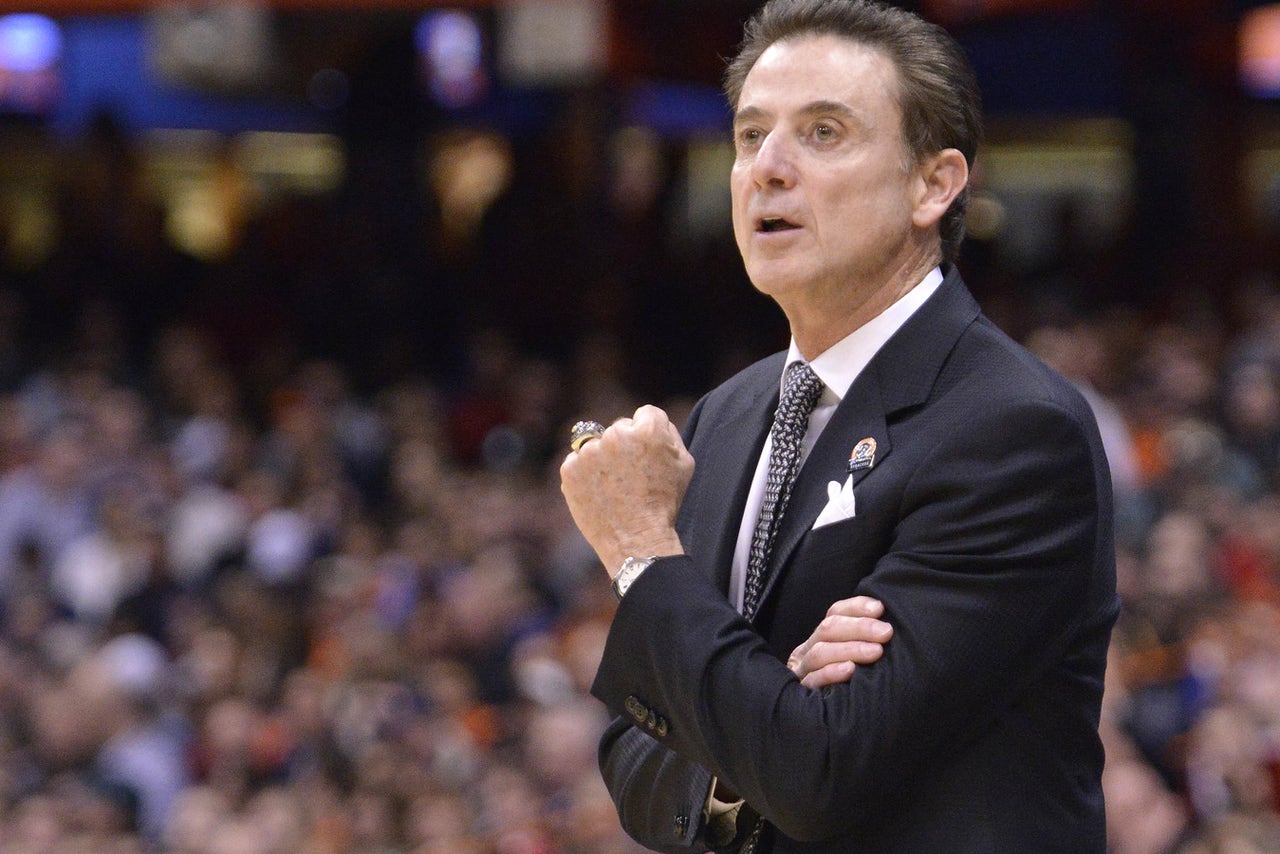 Louisville will be on the outside looking in at March Madness this spring, a view that neither the Cardinals players nor coach Rick Pitino expected.

University President James Ramsey announced a one-year postseason ban Friday for the Cardinals men's basketball team amid ongoing investigations into a sex scandal, meaning this year's squad will pay for misdeeds committed by others.

Ramsey said at a news conference that an investigation revealed violations occurred when the school reviewed allegations by an escort that a former Louisville staffer paid escort Katina Powell and other dancers to strip and have sex with recruits and players from 2010-14.

The ban is for all postseason tournaments, including the NCAA and the Atlantic Coast Conference tournaments. The president said he received the latest results of the investigation on Thursday, but noted the review of the allegations is continuing.

The decision means the regular season will be the end of the college careers for graduate school transfers Damion Lee and Trey Lewis, Louisville's leading scorers.

"None of us expected this to happen today, and when we got the news we were devastated," Lee said Friday night at a news conference with Lewis and other Cardinals teammates. "We're the No. 2 seed in the ACC and we put ourselves in position to make the NCAA Tournament."

The Cardinals (18-4, 7-2 ACC) currently are ranked No. 19 and scheduled to play Boston College on Saturday.

Pitino was not consulted about the postseason ban, but the coach said he was "a soldier in this army, and I do what the generals say."

That does not mean he agrees with the move.

"This is a punishment I never thought would have happened this season," said Pitino, who attended the news conference with Ramsey, athletic director Tom Jurich and former NCAA investigator Chuck Smrt. "This is as harsh as anything I've ever seen in college basketball."

While it is unclear if Louisville will implement additional self-imposed penalties if its investigation uncovers more violations, the NCAA could hit the men's program with more sanctions.

"We found out (Thursday) that we had a problem," Jurich said, adding that the university wanted to deal with the findings as quickly as possible.

The 63-year-old Pitino has denied knowledge of allegations in a book by Powell that former director of men's basketball operations Andre McGee paid $10,000 for 22 shows performed by her and other strippers, including three of her daughters.

Powell's allegations in her tell-all book rocked the Louisville community and led to four investigations into Pitino's program.

Louisville notified the NCAA about the allegations in late August and immediately launched its own investigation. The athletic department hired Smrt, of The Compliance Group, to look into the allegations.

Smrt said Friday that the action taken by the university is "a very significant step" considering the investigation is ongoing.

ACC Commissioner John Swofford praised Louisville's decision, saying in a statement that "removing themselves from any men's basketball postseason opportunities is both proactive and significant. ... We fully support their decision."

Pitino said he informed his players of the university's decision earlier Friday, a moment he described as "painful." The coach said players hugged and cried, with Lee and Lewis particularly emotional because they came to Louisville this season with high hopes of playing in the postseason.

"As I told them the penalty, they all stood up and started hugging Damion and Trey as they cried," Pitino said. "It's never easy for the people that don't deserve it. This is not a team that wasn't going to make the tournament. This is a team that is very much favored to go very far in the tournament."

Lewis echoed his coach and added, "We feel like the opportunity was taken away from us."

Powell's book, "Breaking Cardinal Rules: Basketball and the Escort Queen" was released online Oct. 3 and in hardcover 17 days later. On Oct. 20, Powell said in interviews with ESPN's "Outside The Lines" that she had no proof that Pitino knew about the shows that took place in the players' Billy Minardi Hall dormitory.

But Powell said that with "a boatload" of recruits and dancers, "loud music, alcohol, security, cameras" in a campus dormitory, "how could Rick not know?"

The NCAA hasn't accepted coaches' explanations that they didn't know about violations or illegal activities. The sports' governing body has at times viewed ignorance as a sign of lack of institutional control in penalizing programs.

Hall of Famers such as Syracuse's Jim Boeheim and SMU's Larry Brown were recently cited, with both coaches suspended nine games each for violations they contended occurred outside of their view.

Pitino said McGee denied the allegations when brought to his attention in August, and he said other assistants weren't aware of the activities described in the 104-page book.

Louisville eventually discovered a violation resulting in the school's decision that will end the Cardinals' run of nine straight NCAA appearances. Lewis tried to remain positive, and said, "you have to look for good to come out of this situation."