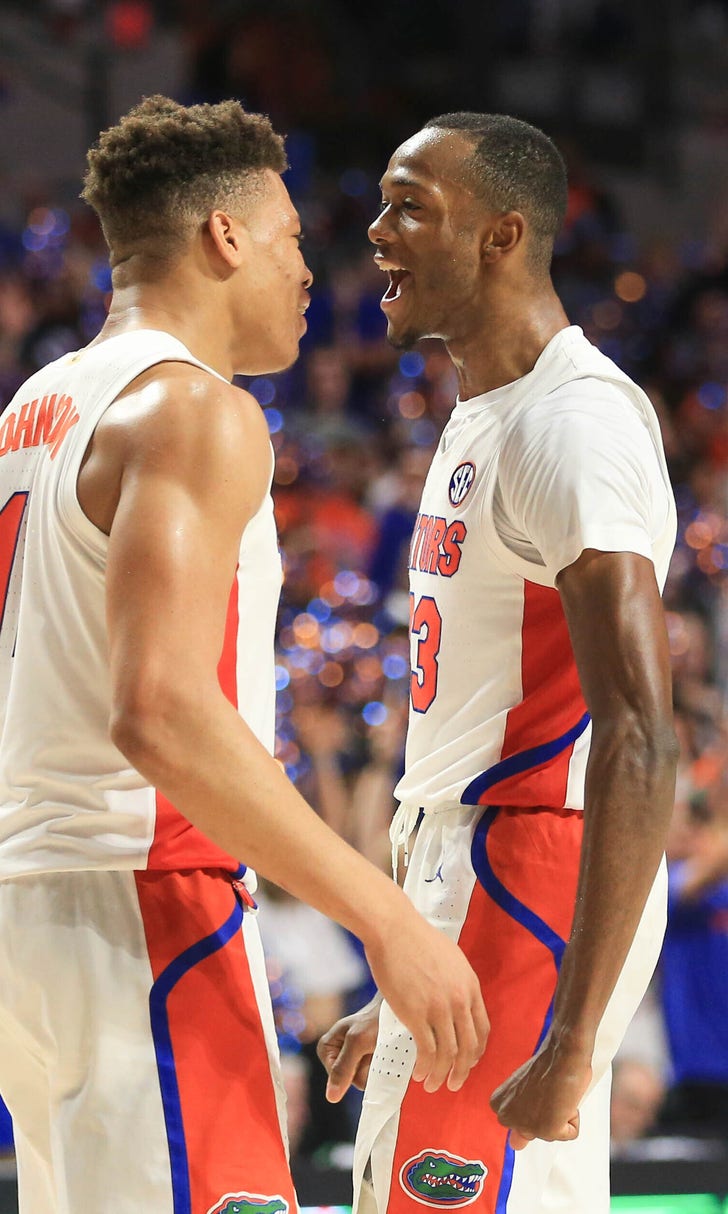 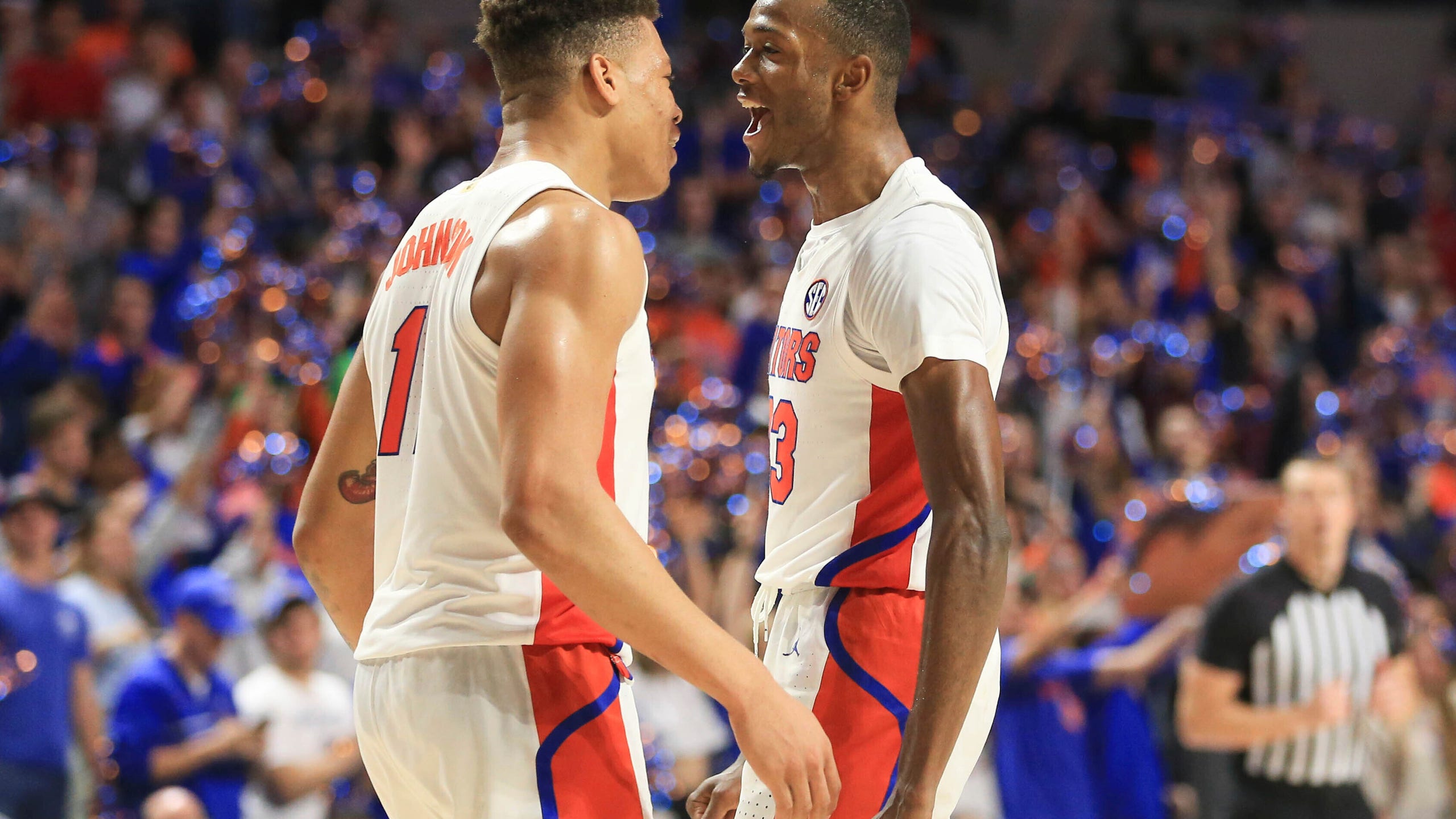 previous story
It’s Jackson vs. Watson in duel between Ravens and Texans
next story
Scheifele gets go-ahead goal to lift Jets over Panthers

Lewis helps No. 15 Florida to tight win over Towson

GAINESVILLE, Fla. (AP) — Boasting a No. 6 ranking before the season started, Florida has resembled more of a pretender than a contender in the early going.

Freshman Scottie Lewis scored 15 points in his first start, and the 15th-ranked Gators escaped with a 66-60 victory over Towson on Thursday night.

Graduate transfer Kerry Blackshear Jr. had 13 points and 13 rebounds in his third game with his new team as Florida (2-1) bounced back from a dispiriting home loss to Florida State. Andrew Nembhard had 11 points and nine assists for the Gators.

“With all the hype around us,” Nembhard said, “we definitely have to come out with our best effort.”

The Gators were 18-point favorites but had to rely on free throws from Lewis and Nembhard in the final minutes to secure the victory.

“I thought it was a high-level game,” Towson coach Pat Skerry said. “Credit to Florida, we knew they were a terrific team. Extremely well-coached, they defend, they get good players, they were organized.”

Allen Bertrand scored 14 points for the Tigers (2-2), and his 3-pointer with 5:46 remaining gave Towson its last lead at 57-55. But the Tigers struggled from there, going 1 for 6 from the field as Florida ended the game with a 6-0 run.

“I thought we played with some toughness. Towson is really good. Their guards are fantastic. Their bigs really move well, defend well, rebound well,” Florida coach Mike White said. “They play with poise, with confidence.”

The Gators closed it out thanks to improved transition defense and a few big shots, including a jumper by Blackshear with 1:06 left that gave Florida the lead for good at 62-60.

“I think we did pretty well,” Blackshear said. “We understood they would be a really aggressive team, very physical, so I thought our guys responded well.”

Towson jumped out to an early 19-13 lead as Florida once again started hesitantly on the offensive end. The Tigers shot 10 for 20 from the field in the first half, while the Gators went 12 for 32.

“That was the best he’s played,” White said of Lewis. “His ceiling as a defender is really high, and then on top of that, defensively, he made plays down the stretch.”

Lewis hit consecutive 3-pointers early in the second half, the first time this season a Gator has made back-to-back 3s.

Towson: The Tigers gave the Gators all they can handle but couldn’t come away with a coveted victory over a ranked opponent. They’ll have another chance in a week, when they play No. 21 Xavier.

Florida: The Gators were underwhelming in their opening three games, all at home.

Towson: Faces Xavier next Thursday in the Charleston Classic.

Florida: At UConn on Sunday.

Towson Tigers
share story
those were the latest stories
Want to see more?
View All Stories
Fox Sports™ and © 2021 Fox Media LLC and Fox Sports Interactive Media, LLC. All rights reserved. Use of this website (including any and all parts and components) constitutes your acceptance of these Terms of Use and Updated Privacy Policy. Advertising Choices. Do Not Sell my Personal Info