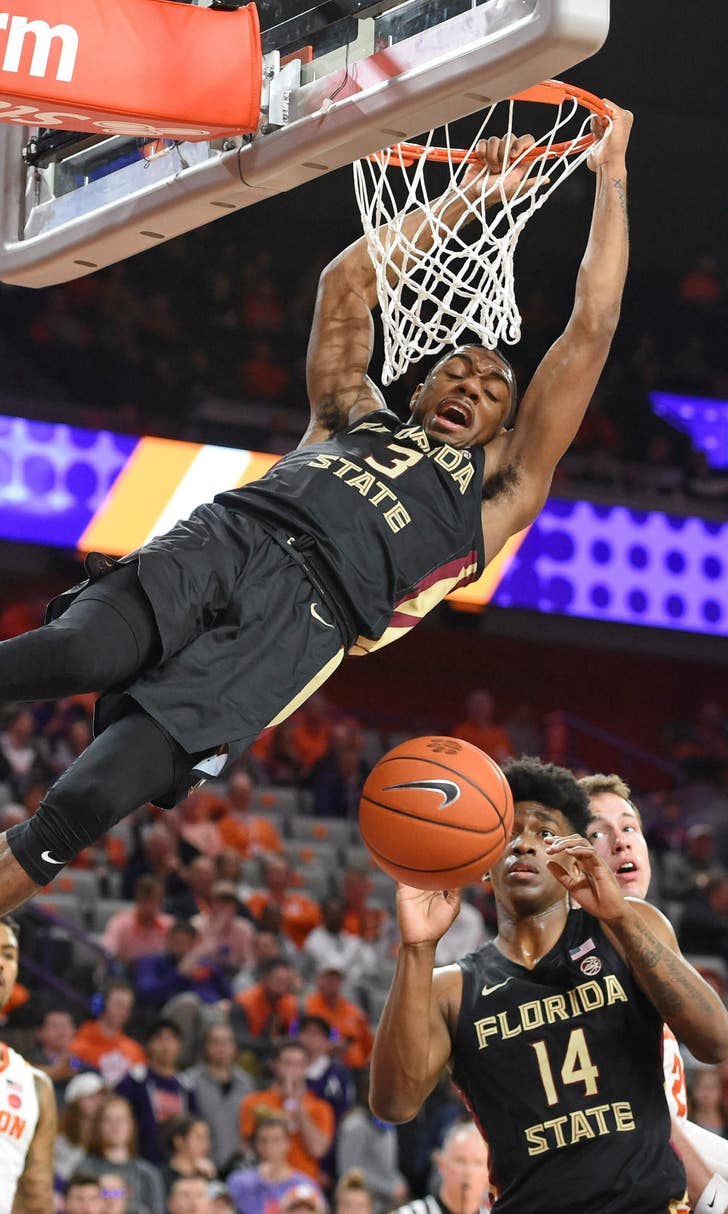 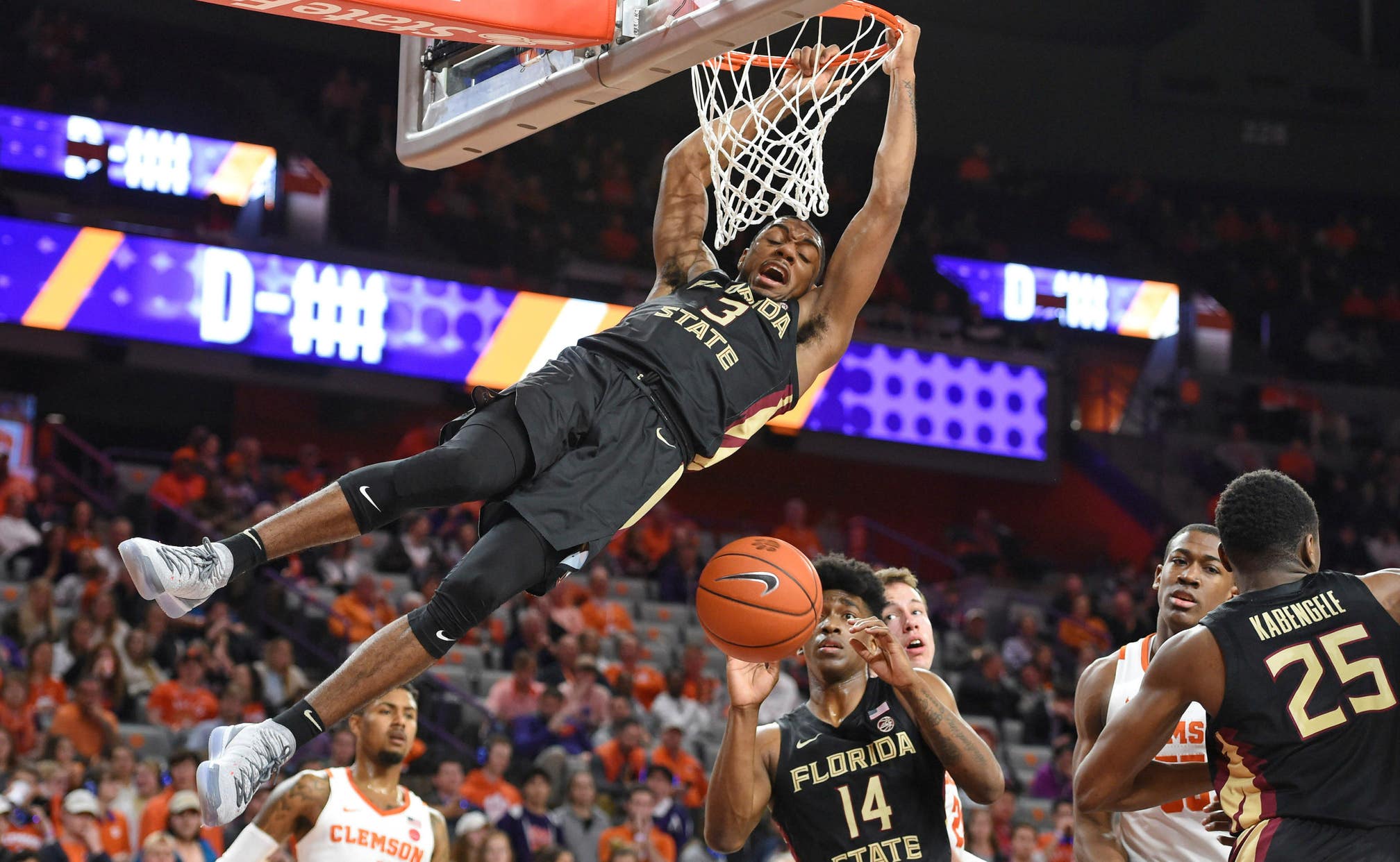 Kabengele leads No. 16 Florida State to 77-64 win at Clemson

Mfiondu Kabengele had 19 points and 11 rebounds, and Florida State set a program record with its eighth consecutive Atlantic Coast Conference victory in a 77-64 win over the Tigers on Tuesday night.

"It shows how locked in we've been," said Forrest, a junior guard. "Our seniors came into the year wanting to make history and I feel like we're helping them with that."

Kabengele led the way on both sides of the ball. He hit 9 of 13 from the field, blocked two shots, and his rebounds were a season high. Then again, Clemson had trouble stopping much of anything Florida State did around the basket. The Seminoles' starting center in 7-foot-4 Christ Koumadje went 4-of-6 shooting for 10 points with seven rebounds and a pair of blocks.

"Our coaches emphasize us bigs being a major factor in games," said Kabengele, the 6-10 sophomore. "To have me and Christ to both have good parts to the game helps us get good wins."

That wasn't the case early on in ACC play as Florida State started 1-4 with losses at Pitt and Boston College. It got things in gear against Clemson with a 77-68 win on Jan. 22 and has not lost since.

"The streak continues," Kabengele said with a smile.

Florida State coach Leonard Hamilton is grateful for his team's successful run. He's even happier that his players are gelling so well and improving their play every time out. The streak? It won't help a bit, he said, in his team's next contest at No. 8 North Carolina on Saturday.

"In reality, it doesn't mean anything other than people are probably going to play us a little bit harder," he said.

The Seminoles took control after Clemson closed to 23-21 on Marcquise Reed's 3-pointer with 6:18 left in the half. Florida then went on a 15-2 surge the rest of the half with Kabengele hitting three buckets and Walker landing a 3-pointer.

When Trent Forrest got his off-balance push shot on a drive to the basket to go right before the buzzer sounded, Florida State went to the locker room ahead 38-23. The lead grew as large as 18.

Reed had 20 points to lead Clemson, which was coming off two gut-wrenching, one point defeats at Miami (65-64) and at Louisville (56-55) before this. Tigers coach Brad Brownell said his team was deflated when it returned to campus Sunday after the Louisville loss, but thought they had rebounded enough that this game should have been more competitive.

"I thought our energy was good," Brownell said. "They were just better than us."

Florida State: The Seminoles' offense was relentless with guard Trent Forrest and Terance Mann pushing the ball at the basket where their bigger teammates like Kabengele and Koumadje took control. It's a formula that works well in the postseason where Florida State reached the NCAA's round of eight last year.

Clemson: The Tigers came into the season ranked and with high expectations after their NCAA Tournament run to the Sweet 16 a year ago. But the team of four senior starters appeared way out of synch in this one. Clemson has had two three-game losing streaks in ACC play and may have to do something remarkable for make another appearance in the Big Dance.

Hamilton said his team's early ACC troubles were in part blending in newcomers along with injuries to mainstays like Phil Cofer, who missed the first win over Clemson last month. Hamilton was confident his team would recover and anyway, "there was a high probability we wouldn't go undefeated in ACC play," he said.

With all the focus on fabulous freshmen, Florida State and Clemson had a throwback game with a combined seven players in the two starting lineups as seniors. The Seminoles' senior starter were Cofer, Mann and Koumadje. Clemson had four starters in Elijah Thomas, David Skara, Reed and Shelton Mitchell.