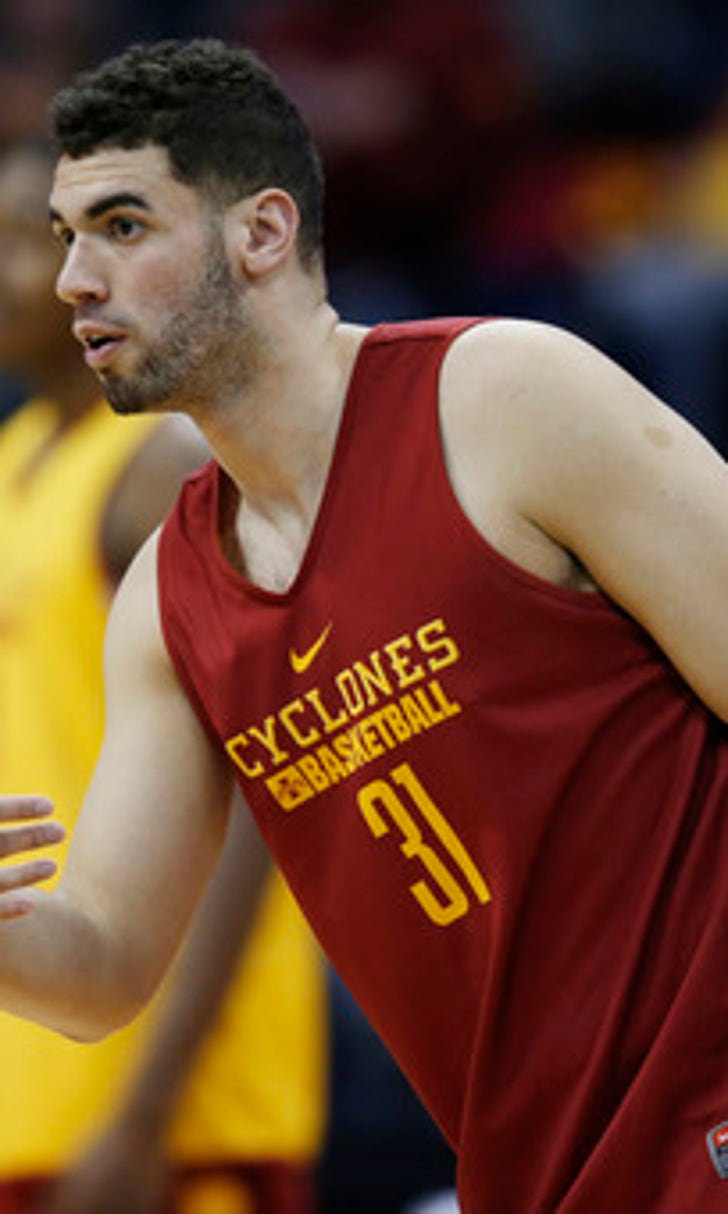 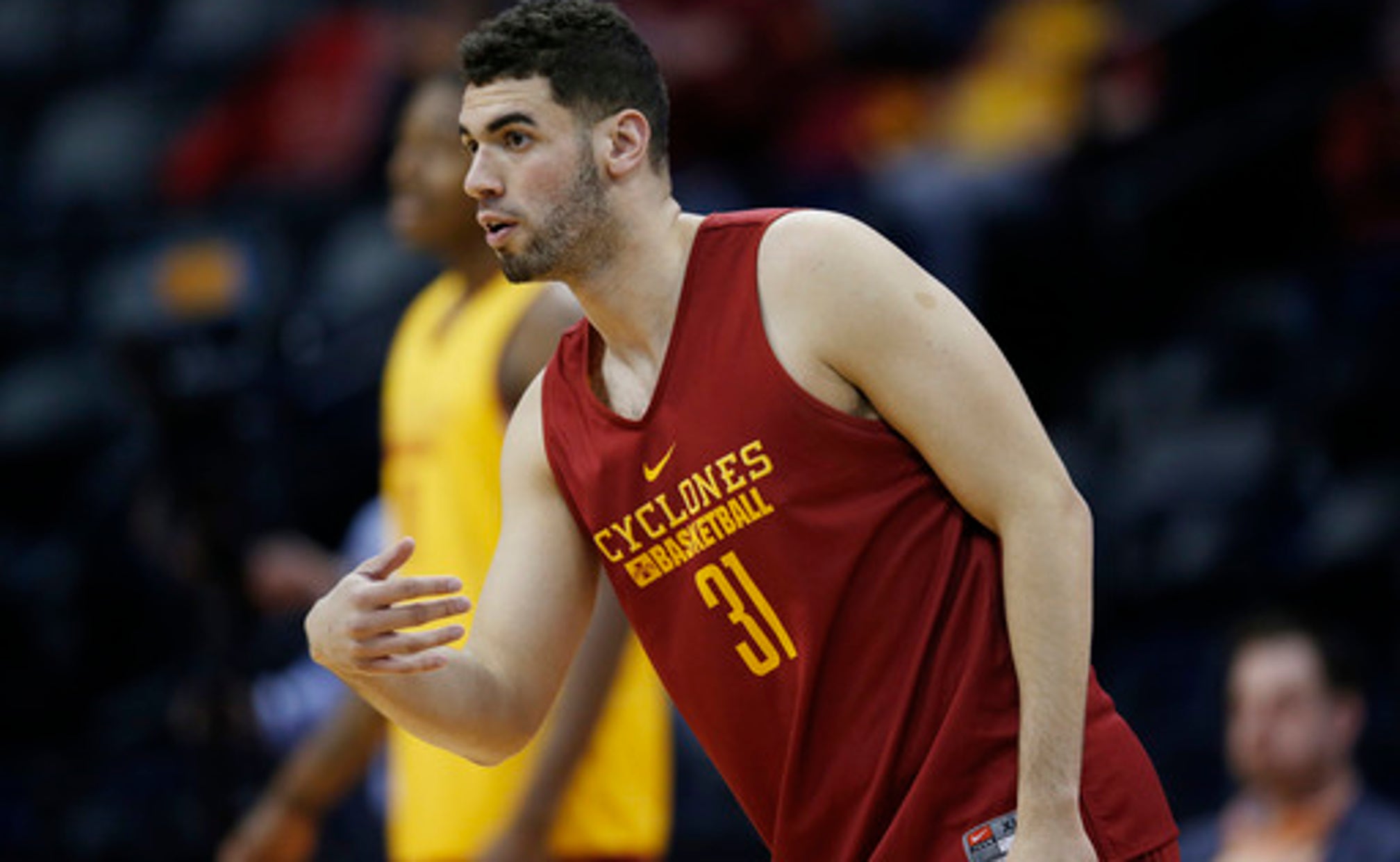 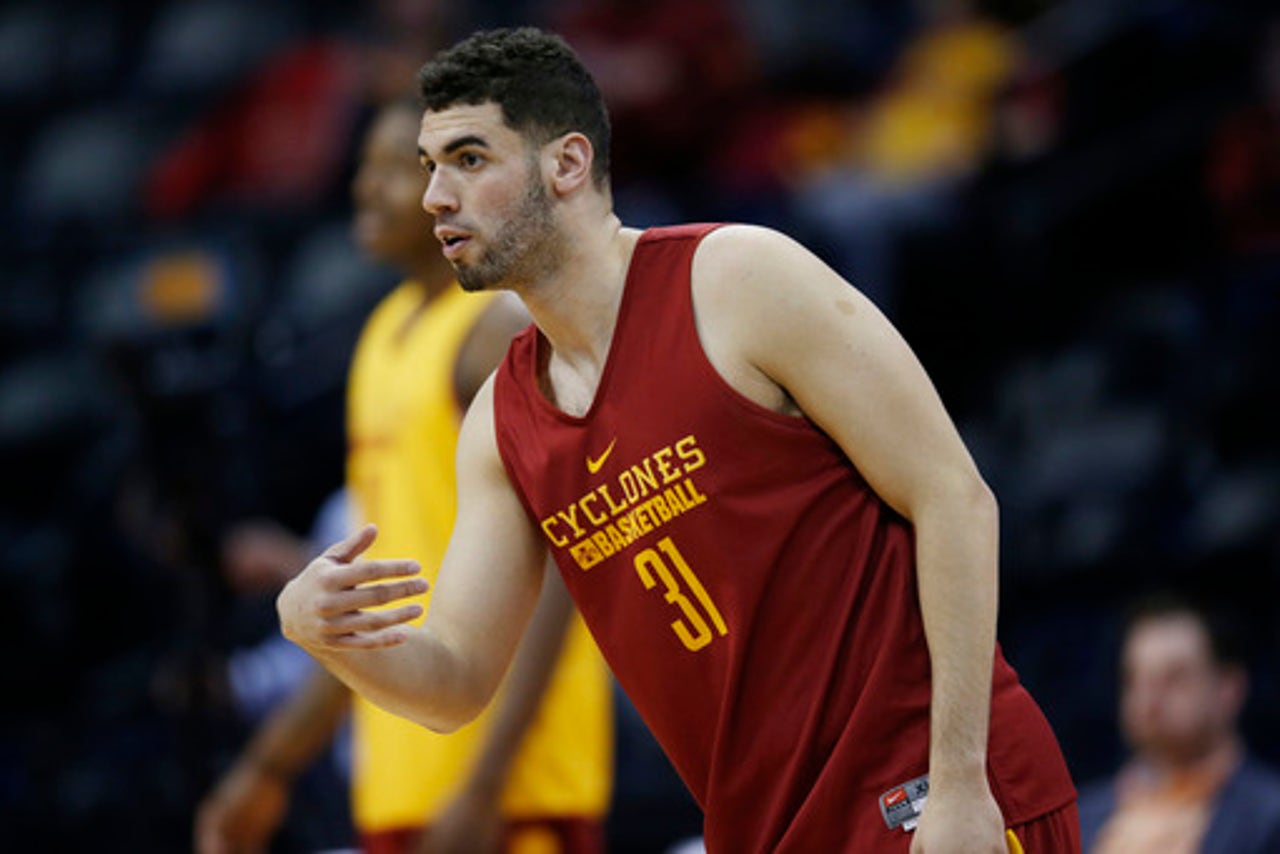 DENVER (AP) The Monmouth bench mob was all set to break out some new moves for the NCAA tournament before Iona went and spoiled the party.

With a 79-76 win over the Hawks in the MAAC tournament finale, the Gaels punched their ticket to the NCAA tourney and sent the Hawks skittering into the NIT.

The 13th-seeded Gaels (22-10) have their own flash and dash to unleash Thursday when they play fourth-seeded Iowa State (21-11) in the Midwest Regional in a game that promises to be high-scoring.

The Gaels are led by senior point guard A.J. English, the only player in Division I who is averaging more than 20 points, five rebounds and five assists.

''He's a really good teammate. He looks to get his teammates first before he gets going,'' fellow senior Isaiah Williams said. ''Sometimes, me, personally, I don't like that. I like to see him get going first. Our team follows behind him.''

English said the key to the Gaels winning their first NCAA tournament game - the school's 84-78 win over Holy Cross in 1980 was vacated by rules violations - is just continuing to play ''Iona basketball.''

And what exactly is that?

''Just up-and-down pace of game,'' English said. ''What people might think of as bad shots are good shots for us.''

Allow his coach to explain.

His players earn their range in practice. If they want the green light from farther out, they have to get into the gym more.

''I'm good with our guys getting the shots they put up,'' Cluess said, ''because most of the time they get very good looks.''

The engineer of this high-octane offense is English, and Cyclones coach Steve Prohm knows that avoiding an upset starts with stopping the versatile 6-foot-4 guard who's averaging 22.4 points, 6.2 assists and 5.0 rebounds.

''A.J. is great in transition. His range is terrific,'' Prohm said. ''Two, three steps behind the 3, you have to get to him. You have to make him uncomfortable at all times. If you're off him a step or two, he's going to shoot it.

''Tim does a great job of giving them a lot of freedom, confidence, to take big shots, tough shots, to where those guys don't have to think.''

The Cyclones, who average 82 points a game, are more than happy to run with the Gaels.

After losing guard Naz Long to a hip injury, the Cyclones only go seven deep. But all seven average in double figures, led by senior forward Georges Niang, the school's first two-time All-American.

Other things to keep an eye on in this up-tempo showdown:

LUNG BURNS: The only thing that could slow down these teams is the thin air in the Mile High City.

''There's always concern when you put two teams that run in this altitude,'' Cluess said.

English has been sick, but he's not sure that puts him at any disadvantage.

MORRIS' HEALTH: Cyclones point guard Monte Morris, the school's all-time leader in assist-to-turnover ratio, injured his right shoulder in the season finale against Kansas and was limited in Iowa State's loss to Oklahoma in the Big 12 tournament.

''My health is at an all-time high right now,'' Morris said Wednesday, noting that he took a lot of shots at practice and ''I'm back smiling.''

UPSET SPECIAL: Cluess also took Iona to the NCAA tournament in 2012 and `13, when his teams lost to BYU and Ohio State.

''When you're a mid-major, low-junior, playing the top teams in the country you have to have that special day to beat them,'' Cluess said. ''They may be better than us 364 days of the year, we just have to be better than them one day, and we're hoping that day is tomorrow.''