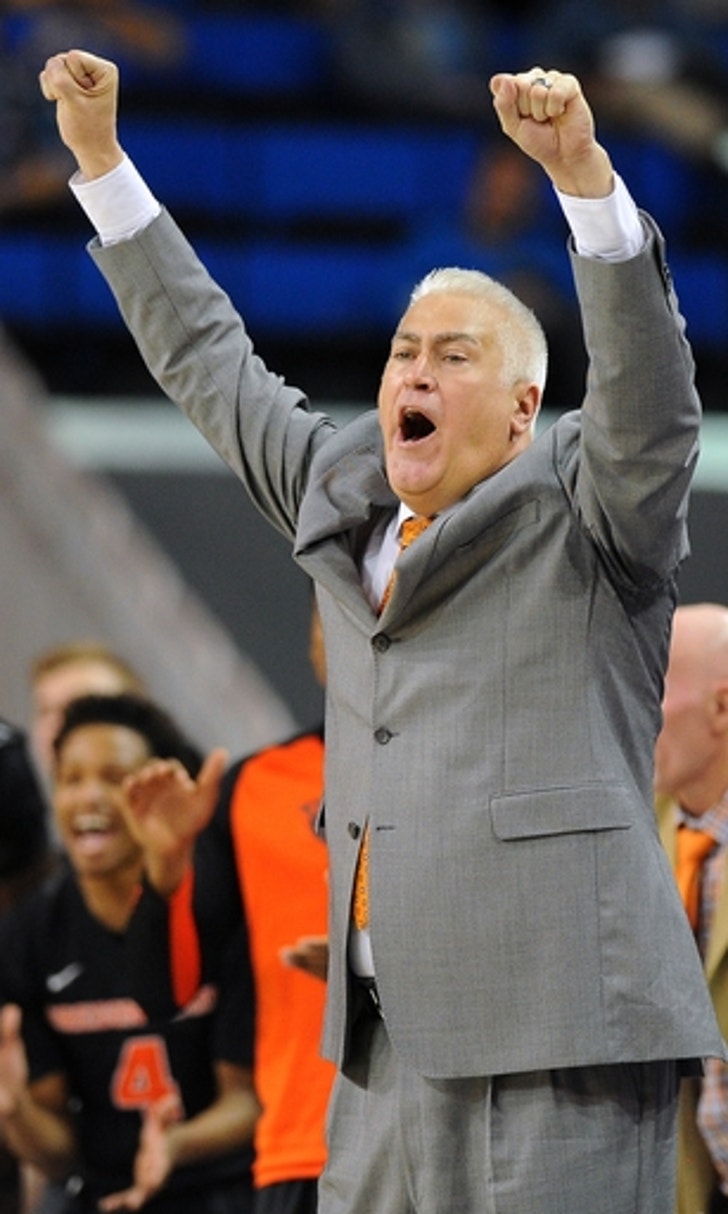 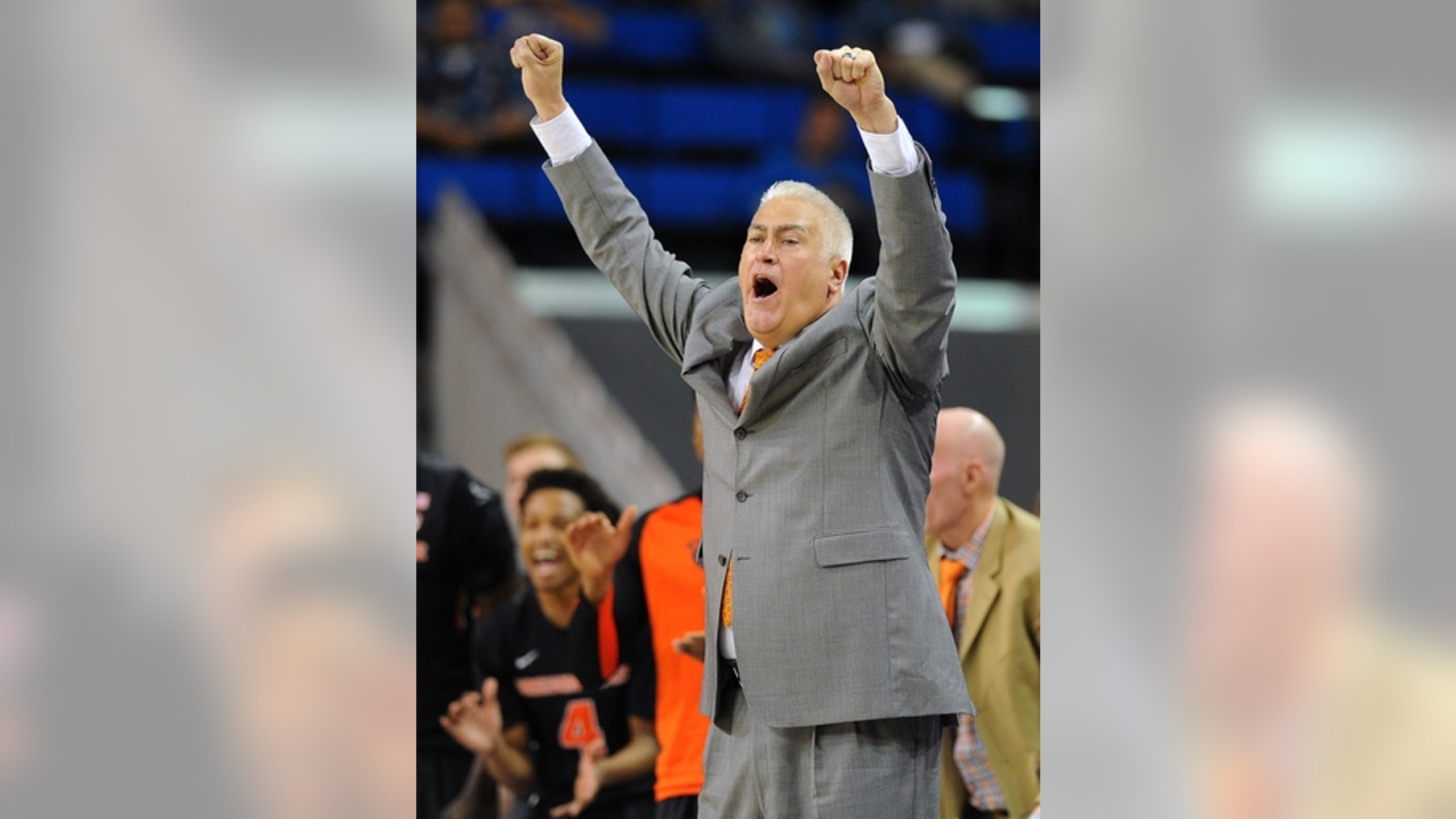 In just 2 years, Tinkle has the Beavers in the Big Dance 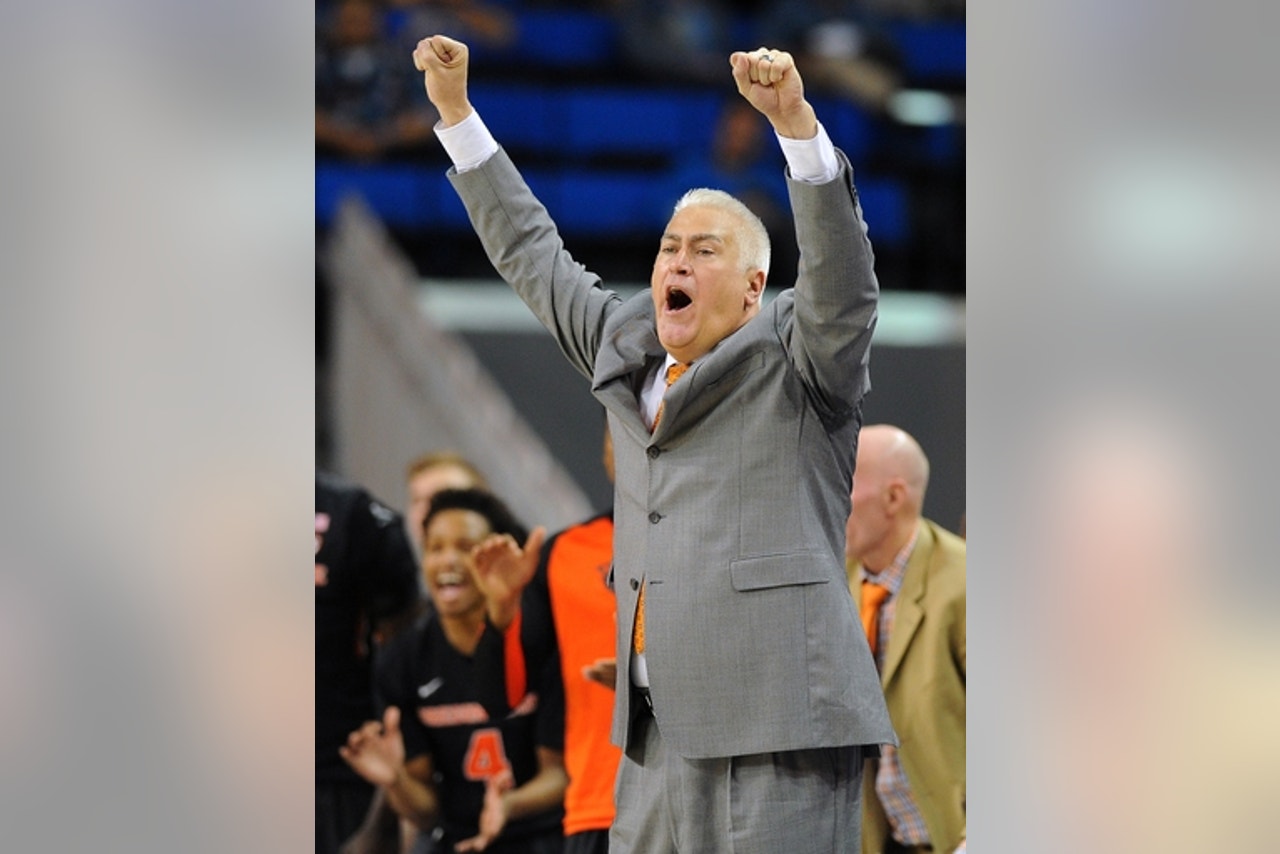 Just two seasons ago, Oregon State was in such disarray that new head coach Wayne Tinkle held open tryouts to build a roster.

Now the Beavers are headed to the NCAA Tournament for the first time in 26 years. A seventh seed in the West Region, Oregon State will face VCU on Friday in Oklahoma City.

''It just says a lot about the people here and what can be done when you lock arms, and buy in and work together,'' Tinkle said.

Tinkle was hired in spring 2014 to take over for Craig Robinson, first lady Michelle Obama's brother. Robinson spent six years at Oregon State but was never able to take the team further than the CBI tournament in the postseason.

Tinkle's task was - and still is - daunting. Restore the luster to the once-proud program that went to the NCAA Tournament eight times between 1980-90. That run included Ralph Miller's Orange Express team in 1981 that went 26-2.

He inherited an Oregon State team that had gone 16-16 the previous season and was ousted in the first round of the CBI by Radford. The roster was decimated by graduation and transfers, and had no returning starters.

After open tryouts, Tinkle assembled a team that included seven walk-ons. So it was a big surprise when those players went on to win a record 15 straight home games at Gill Coliseum and finish 17-14.

This season the Beavers went 19-12 overall and finished sixth in the tough Pac-12, which sent a record seven teams to the NCAA Tournament. Oregon State's victory over Arizona State to open the conference tournament likely sealed the team's postseason bid.

But the Beavers' path to the Big Dance was hardly smooth.

In January, senior forward Jarmal Reid was suspended at least four games for tripping a referee late in a loss to Utah. Before the final road trip of the season, the Beavers lost freshman forward Tres Tinkle, the coach's son, to a foot injury.

Oregon State lost five of six games in January, but a last-second win against Utah sparked a resurgence. The Beavers trailed 69-68 when Stephen Thompson Jr. was fouled by Utah's Brandon Taylor on a last-second half-court attempt. He made all three free throws.

Thompson, the son of assistant coach Stephen Thompson, also made a buzzer-beating 3-pointer against Washington as the Beavers won six of the regular season's final nine games.

''The big thing was our guys understood that they needed to listen and do things our way instead of trying to do it their way. We became a much better team. We grew through some adversity and some of the growing pains,'' Tinkle said. ''Guys stopped worrying about whether they were starters or how many minutes they were playing. They bought in.''

The Beavers have been led by senior guard Gary Payton II, son of the former NBA great, who tops the team with 15.9 points, 7.9 rebounds and 5.1 assists per game.

The last time the Beavers went to the NCAA Tournament, in 1990, the elder Gary Payton was on the roster.

''It's just incredible. We put in hard work the last two years and just had the same mindset, keep battling every day, in practice, and in every game,'' the younger Payton said. ''Just battle. And it's paid off. But we're not done, you know?''

Tinkle had been under the weather the past several days, which made the wait for Sunday's announcement even more difficult.

''Now that it has come and gone, I'm thrilled for our guys,'' Tinkle said. ''Now we can move on to the logistics of getting stuff on VCU, setting up travel plans, a travel party, but most importantly, putting a game plan in place.''