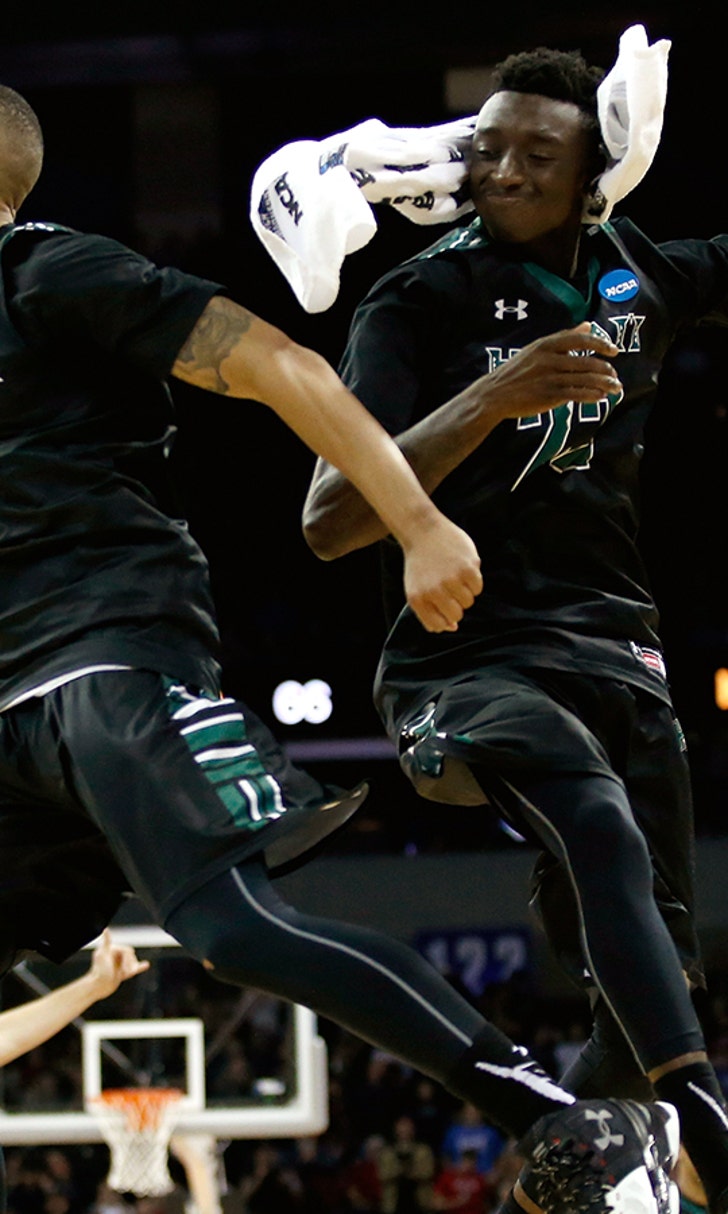 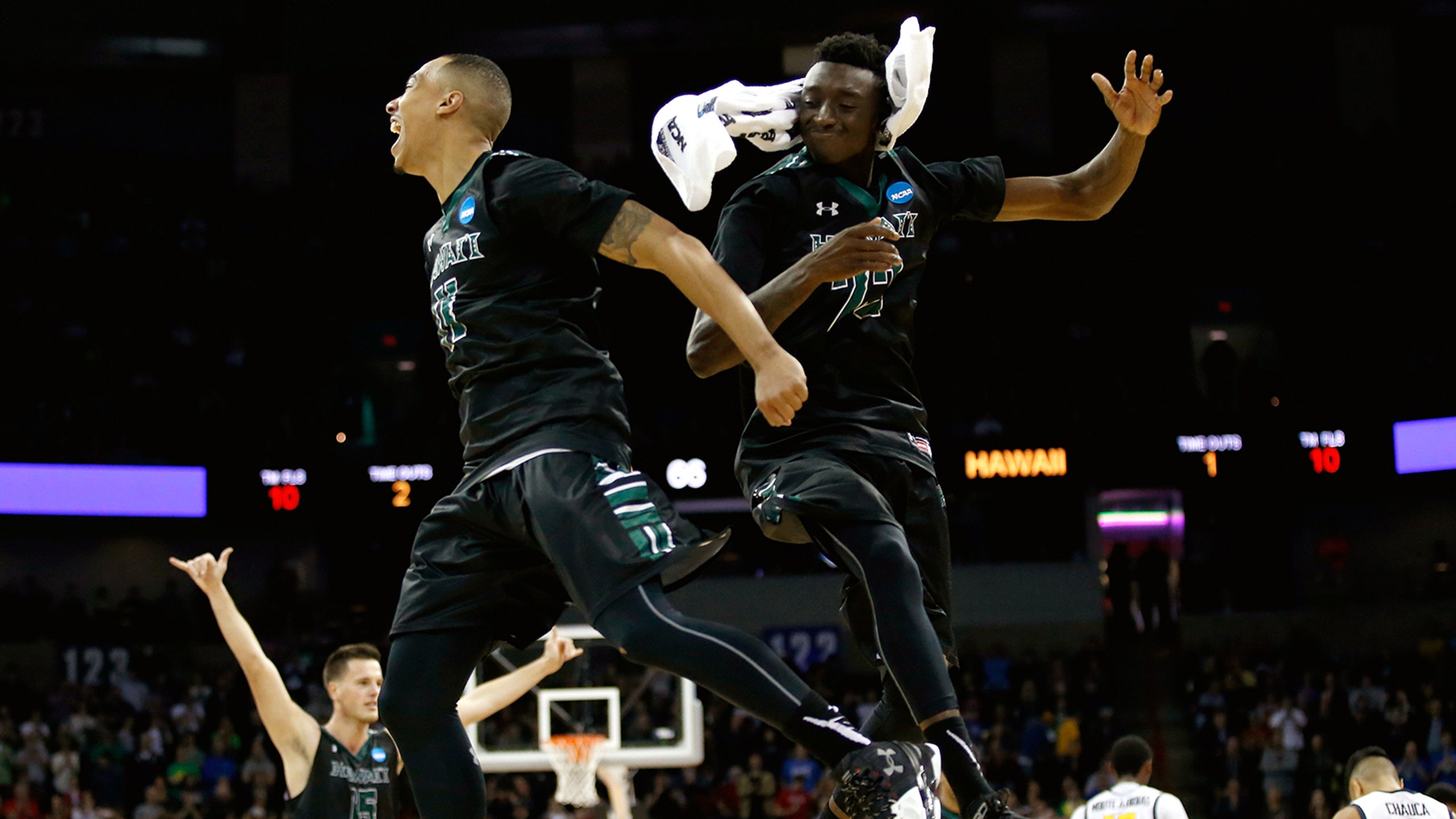 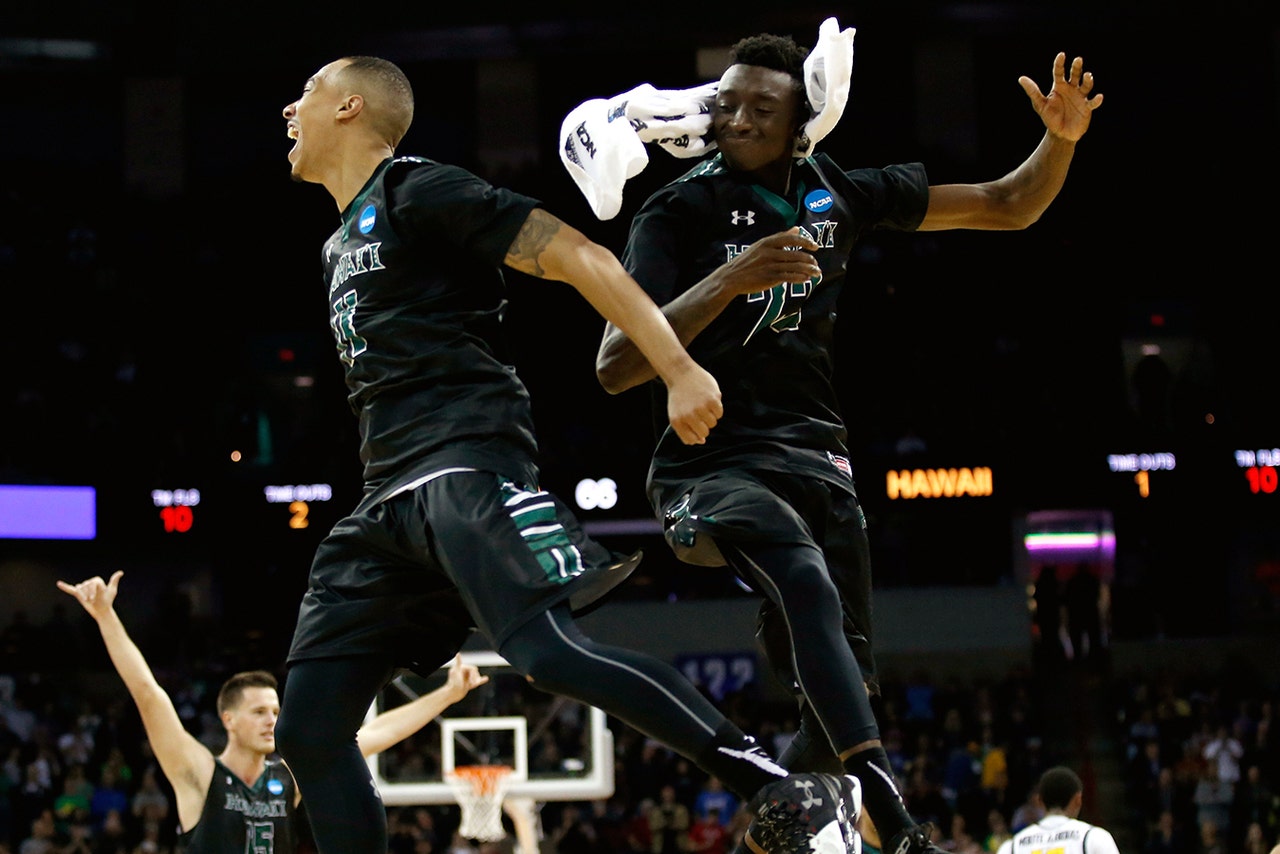 SPOKANE, Wash. (AP) -- Eran Ganot was a bit over a month into his first regular season as head coach when Hawaii was slapped with NCAA sanctions that could have crippled the stability he was trying to create in the program.

Instead of crumbling because of the uncertainty about their future, the Warriors gelled into champions of the Big West Conference and are now the first team in school history to win an NCAA Tournament game.

"The state of Hawaii deserves this. They deserve this more than we do," Hawaii guard Sai Tummala said.

The 13th-seeded Warriors ended No. 4 California's tumultuous week with a 77-66 upset victory Friday in the first round of the South Regional, the latest success in an unexpected season for Hawaii.

Quincy Smith scored a career-high with 19 points, Roderick Bobbitt had 17 points and Stefan Jankovic 16 for the champions of the Big West Conference regular season and tournament. Hawaii (28-5) used a strong first half from Jankovic to lead by as many as 11, then withstood Jankovic's foul trouble in the second half thanks largely to Smith.

Smith scored 11 points in the second half and keyed Hawaii's surge midway through after California had pulled within one. 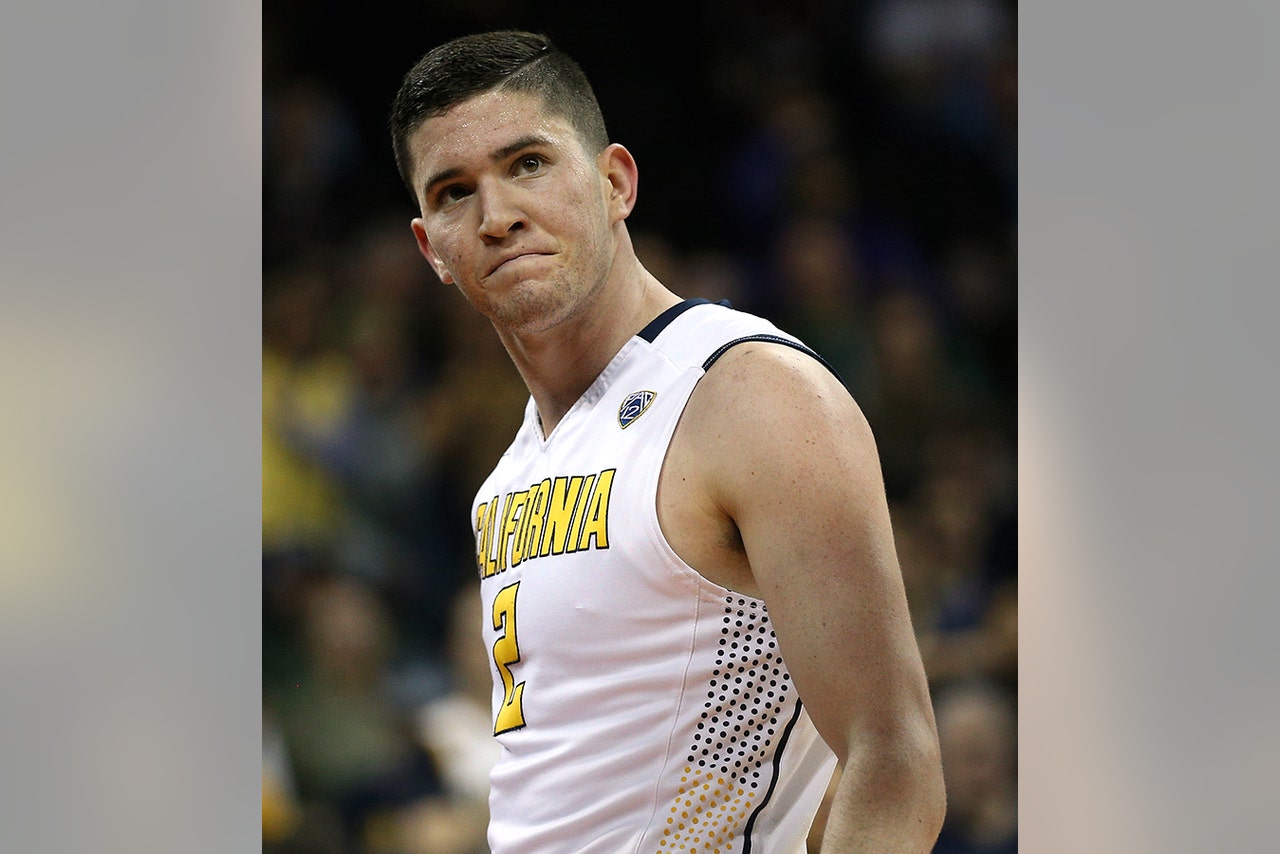 Sam Singer and California were stunned

Ganot knew what he was inheriting by taking over the Warriors program. It was just a matter of when the NCAA would hand down the sanctions for infractions committed under former coach Gib Arnold. The penalties included a 2016-17 postseason ban, scholarship reductions, and players being allowed to transfer without having to sit out a year.

The sanctions arrived in December, but Hawaii thrived knowing there was no postseason next year. And they provided a jolt to many NCAA brackets.

Jordan Mathews led California with 23 points, but the loss ended a week the Bears would rather forget. The Golden Bears' played without popular assistant coach Yann Hufnagel, dismissed amid allegations of sexual harassment, and leading scorer Tyrone Wallace, who broke his hand Wednesday in practice. As if the Bears (23-11) needed more obstacles, guard Jabari Bird had back spasms during warmups and never played.

Coach Cuonzo Martin said it was about 2 minutes before tip that he found out Bird was unavailable.

Considering the absences, California needed its healthy stars to be at their best and they failed. Jaylen Brown was a miserable 1-of-6 shooting, committed seven turnovers and fouled out with 6:22 left and the Bears trailing by eight. Ivan Rabb had a double-double with 13 points and 12 rebounds, but was hounded on the interior all game. The Bears were just 3 of 19 on 3-pointers, all coming from Mathews.

It could be the final game for Brown and Rabb if they decide to jump to the NBA and may bring more scrutiny to Martin's status considering the school is already reviewing his response to Hufnagel's situation.

"It was one thing to have Tyrone out, but we expected that, because he was injured," Martin said. "But two minutes before a game start time, it's tough. But you still have enough to win the game, so there's no excuses."

Hawaii's ability to withstand Cal's second half surges was more impressive considering Jankovic spent nearly 13 minutes on the bench. Jankovic -- the Big West player of the year -- checked out with 16:41 remaining and the Warriors leading by eight after picking up his third and fourth fouls 20 seconds apart. When he returned with 3:46 remaining, the Warriors had possession leading 66-60.

Smith scored eight of Hawaii's 15 points during a 6 minute stretch where the Warriors built their lead back to as many as 11 after the Bears pulled to 47-46 with 11:56 left.

Smith scored a combined 11 points in three games in the Big West tourney.

"It was my fault (Jankovic) got the fourth foul so I tried to make it up to him by getting a couple of baskets," Smith said.

Hawaii: The Warriors' closest loss in the tourney was a 10-point defeat to Syracuse in 2001. ... Hawaii has been on the mainland since March 1 after playing its final two Big West regular season games on the road, followed by the conference tournament in Anaheim, California.

California: Mathews had three 3-pointers including the 200th of his Cal career. ... Backup guard Brandon Chauca played 8 minutes in the first half, more than any game all season. Chauca did not appear in 25 games this season.

California Golden Bears
share story
those were the latest stories
Want to see more?
View All Stories
Fox Sports™ and © 2021 Fox Media LLC and Fox Sports Interactive Media, LLC. All rights reserved. Use of this website (including any and all parts and components) constitutes your acceptance of these Terms of Use and Updated Privacy Policy. Advertising Choices. Do Not Sell my Personal Info