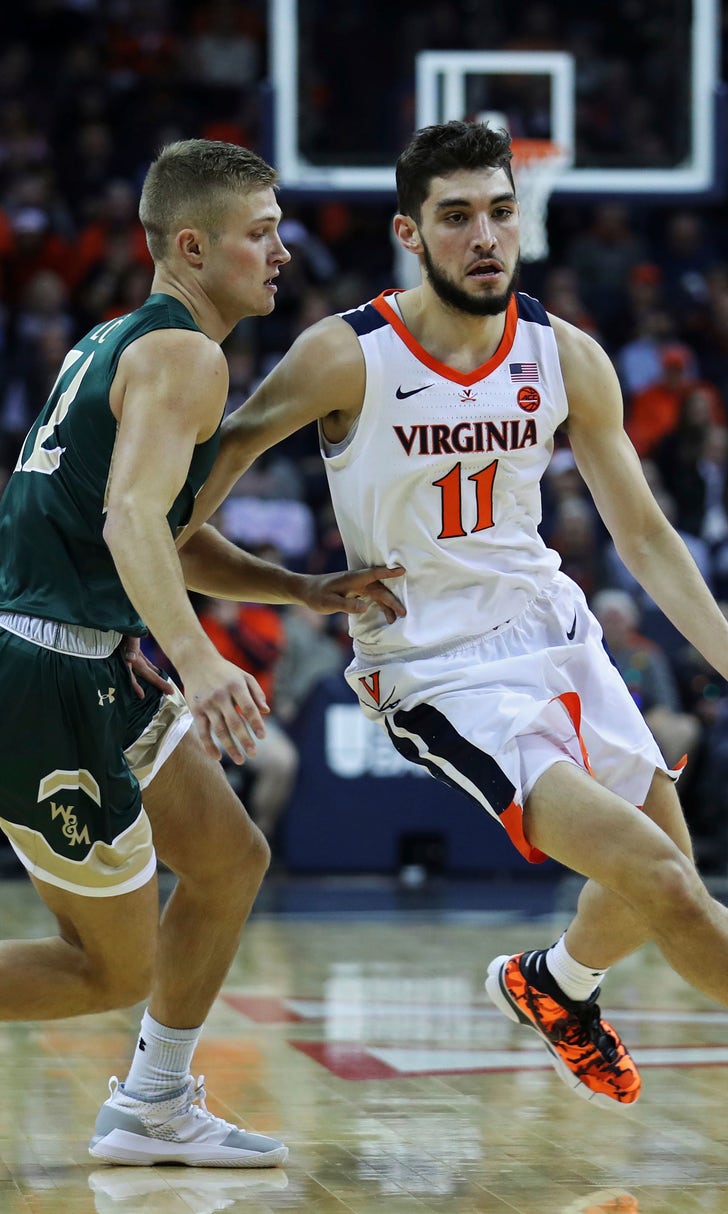 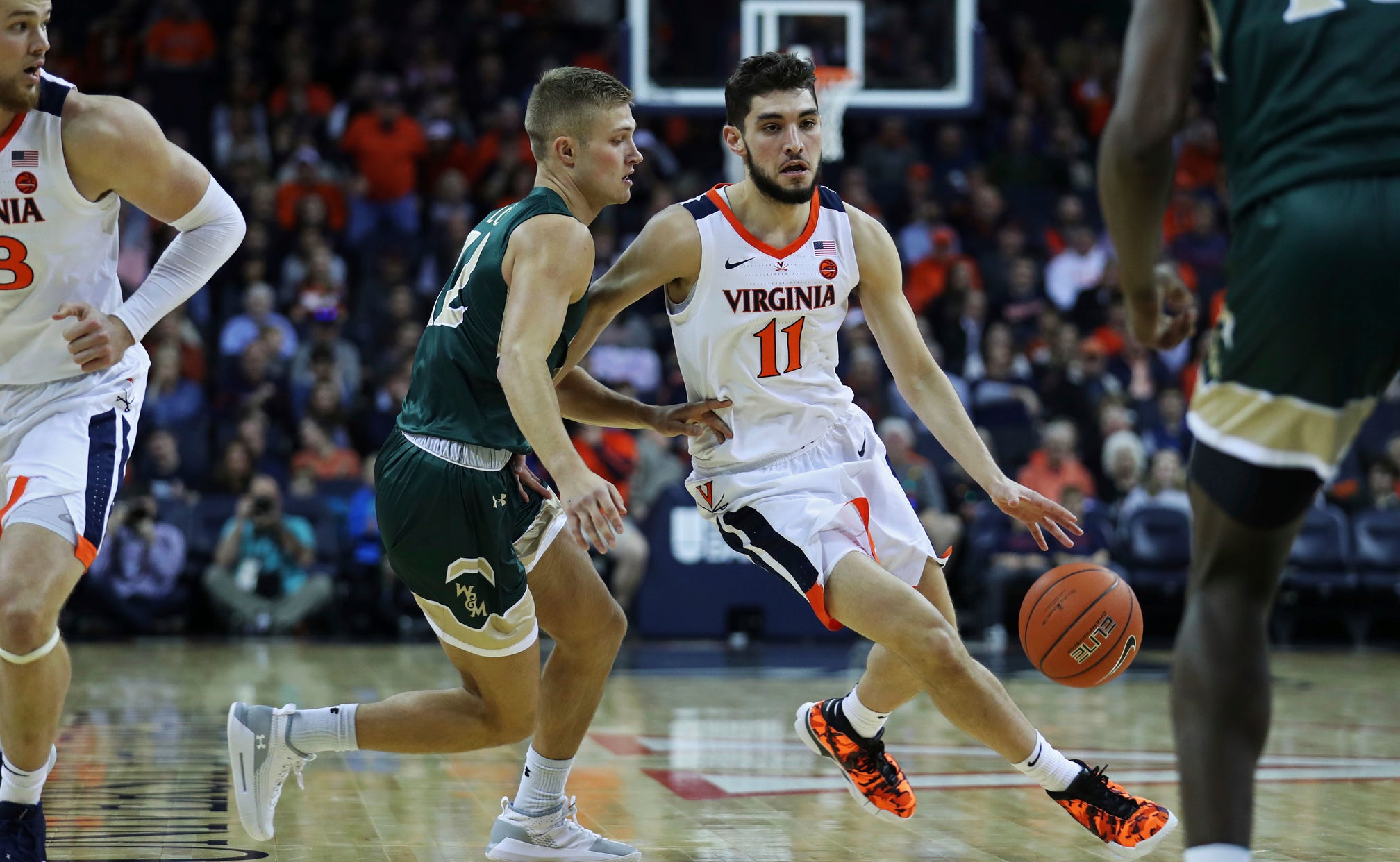 CHARLOTTESVILLE, Va. (AP) — As No. 5 Virginia's second-leading scorer, De'Andre Hunter needs to be assertive on the offensive end.

Two straight subpar efforts motivated him to get back on track against William & Mary on Saturday.

Hunter scored 18 points, Kyle Guy had 16 and the Cavaliers pulled away after halftime and beat the Tribe 72-40.

"I feel like the past two games, I've been kind of passive and kind of letting the game and I just tried to be more assertive this game," Hunter said after making 4 of 8 shots from the field and nine of 10 free throws. In the previous two games, he'd totaled just 14 points.

Coach Tony Bennett said the Cavaliers ran a few plays for Hunter, and an early basket helped his confidence.

"We tried to put him in spots to be aggressive and he had the right mindset," Bennett said. "He saw one go in early."

Nathan Knight scored 22 points for William & Mary before fouling out.

"We were outclassed for sure by a terrific basketball team," Tribe coach Tony Shaver said.

"He's the only thing that played for us today," Shaver said. "Our other guys didn't play well."

Virginia started quickly and led 25-8 as the Tribe missed 13 of 14 shots in one stretch. But William & Mary closed the first half on a 9-3 run, and then scored the first five points after halftime. Justin Pierce, the Tribe's No. 2 scorer (17.6 points per game), capped the run with a 3-pointer, but it was his only basket.

Diakite then sparked the run for Virginia.

William & Mary became the sixth team held below 50 points by the Cavaliers this season. The Tribe came in averaging 77 points and 17.1 assists, but had just three assists.

"We have to make shots and we were atrocious," Shaver said. "If you don't make shots, you're not going to get assists."

Guy, listed at 175 pounds, grabbed an offensive rebound in the second half, laid the ball in and then flexed as he retreated down the court.

"I was flexing to anybody who wanted to see it," Guy said.

NO HARM, NO FOUL

Hunter was called for a foul in the second half when it appeared he swung his upper body with the ball and hit defender Chase Audige in the face. Officials reviewed the play, presumably to see if it was a flagrant foul, but instead revoked the call and gave Virginia the ball.

"No," Shaver said when asked if he'd ever seen that scenario before. The officials' explanation, he said, was that "he did hit our guy with an elbow, but our guy was in his cylinder so they went back and reversed the call."

William & Mary: Juniors Knight (19.1 points per game), Pierce and Matt Milon (12) all need to be making shots for the Tribe to have success, and while Knight scored 12 in the first half, Milon had only two and Pierce was scoreless, missing all three of his shots.

Virginia: Bennett substituted more liberally than usual after the Cavaliers opened a 25-8 lead, and then when Ty Jerome went to the bench with his second foul in the first half. While freshman point guard Kihei Clark has drawn much praise for his play, the offense does not run nearly as smoothly when Jerome is not in the game.

Bennett's team is off to its best start since beginning the 2014-15 season with 19 straight wins.

Virginia: The Cavaliers close the year, and their nonconference schedule, at home against Marshall on New Year's Eve.

William & Mary Tribe
share story
those were the latest stories
Want to see more?
View All Stories
Fox Sports™ and © 2020 Fox Media LLC and Fox Sports Interactive Media, LLC. All rights reserved. Use of this website (including any and all parts and components) constitutes your acceptance of these Terms of Use and Updated Privacy Policy. Advertising Choices. Do Not Sell my Personal Info