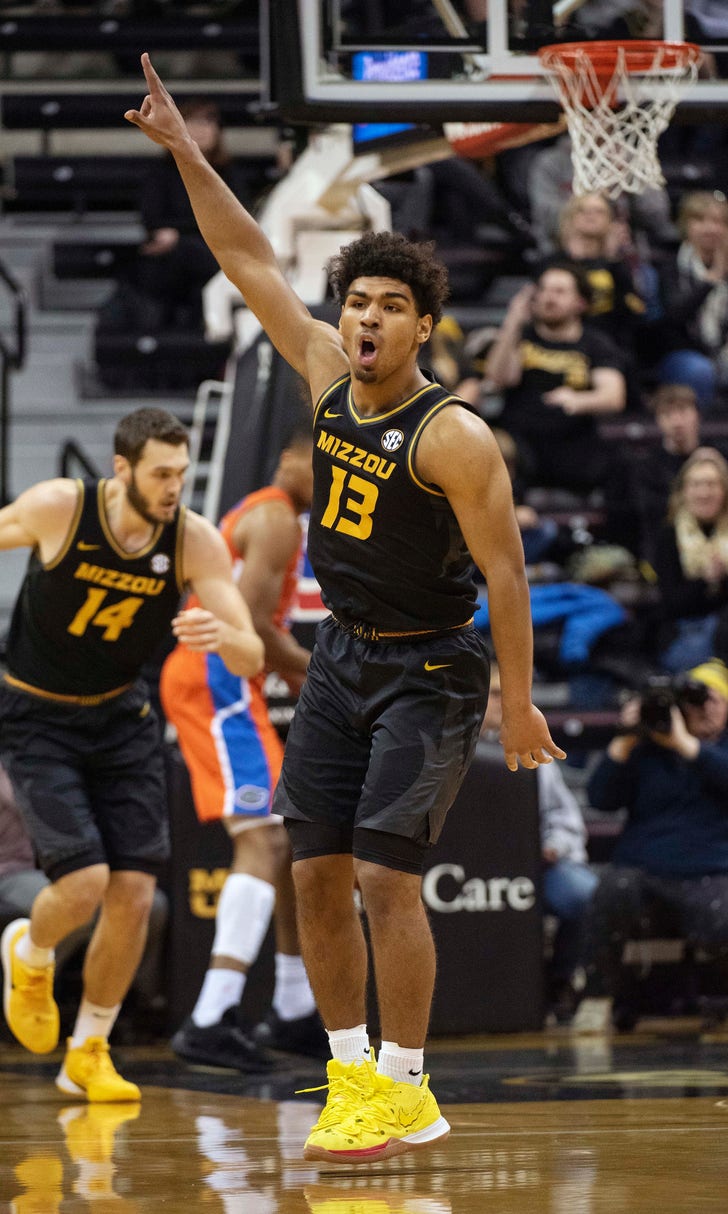 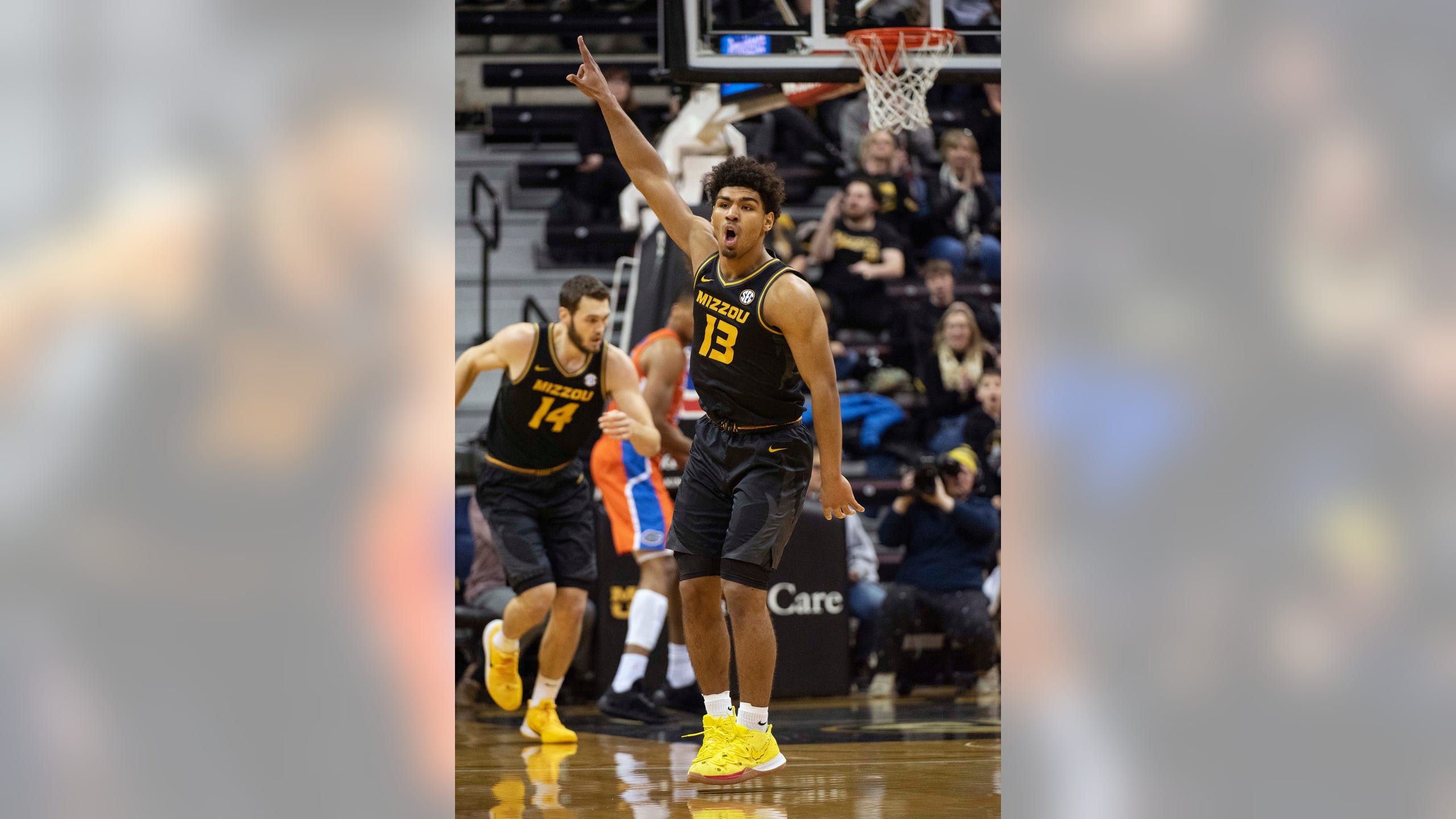 COLUMBIA, Mo. (AP) — Missouri has made scoring points look very hard this season. In Saturday’s 91-75 victory over Florida, the Tigers made it look easy.

“When you start seeing the ball go in for everybody, it’s easy to get rolling,” said Dru Smith, who finished with 22 points, six assists and five steals. “The crowd gets into it, and it gives you a little more energy.”

Missouri (9-6, 1-2 Southeastern Conference) entered the game next-to-last in the league in scoring at 66.7 points per game. The Tigers tied a season-high for points and shot 61.5% from the field and 63.2% from 3-point range. Mark Smith and Javon Pickett scored 14 points each, and Mitchell Smith added 10 points.

“As a staff, we felt helpless,” Florida coach Mike White said. “We couldn’t find a way to get stops. It wasn’t our best effort, but Mizzou had a lot to do with that. I thought Dru Smith was fantastic. That was one of the better performances of anyone we’ve played against this year.”

The Gators cut an 18-point deficit to 10 when Tre Mann hit a 3-pointer with 14:50 left, but they couldn't get enough defensive stops to get any closer.

Missouri has failed to reach 60 points four times this season, including their first two SEC games. The Tigers were noticeably more aggressive driving the ball than previously this season. Missouri had a 40-14 advantage in points in the paint.

Dru Smith was especially effective at muscling into the lane and finishing.

“He does a great job of shot-faking, and he knows how to use angles with bigger guys on him,” Missouri coach Cuonzo Martin said. “And he’s a good passer, so it gives him an advantage. So when he gets in the lane, he can make plays.”

Florida: The Gators lengthened the game and made a run early in the second half by beating a path to the free throw line. They had Missouri in so much foul trouble they were shooting free throws in the bonus at the 13:20 mark. Florida made 25 of 32 free throws.

Missouri: The Tigers pushed the pace more than usual against the Gators. Missouri created transition chances with 11 steals. For a team that often struggles to score in halfcourt sets, any easy basket is welcome. “Our first key written on the board before the game was, ‘Push the ball in transition,’” Dru Smith said.

Missouri sophomore point guard Xavier Pinson said Martin had stern words for him after he struggled in Tuesday’s loss to Tennessee. Pinson responded against Florida, scoring eight points and dishing three assists with no turnovers.

“My whole anger and hunger today on the court was all because of him,” Pinson said of his coach. “I can’t thank him enough.”

Pinson drew one of the biggest roars of the season from the Mizzou Arena crowd when he led a fast break, faked a pass to the right corner and threw down a dunk over Omar Payne to give Missouri a 13-5 lead. Pinson called it one of his top five all-time dunks.

“To me, it was just getting the crowd involved, giving the crowd something worth their time for coming,” Pinson said.

Missouri announced before the game it has suspended freshman guard Mario McKinney indefinitely for undisclosed reasons. McKinney had played in seven games and was averaging 2.6 points.

The Gators usually fly back to Gainesville right after road games, but White decided before the trip to spend an extra night in Missouri because ice and snow was in the forecast. White said he was concerned that flight delays might cost his players valuable sleep.

Florida: The Gators play Mississippi on Tuesday at home. 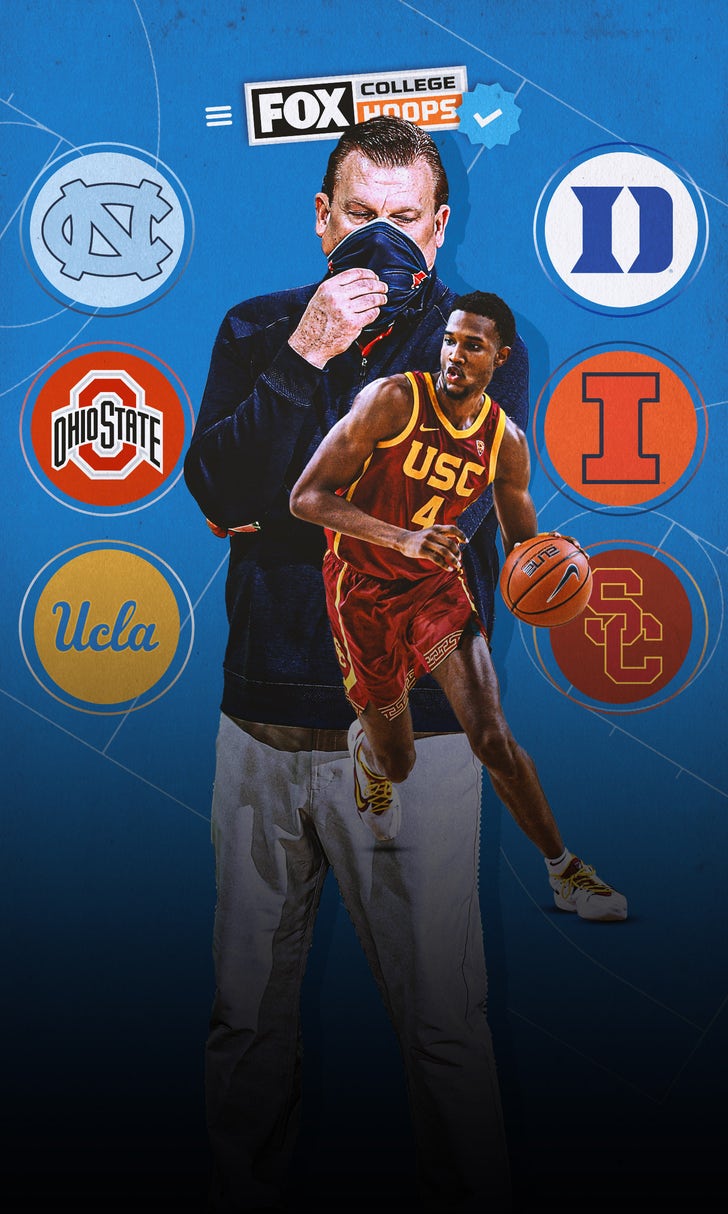 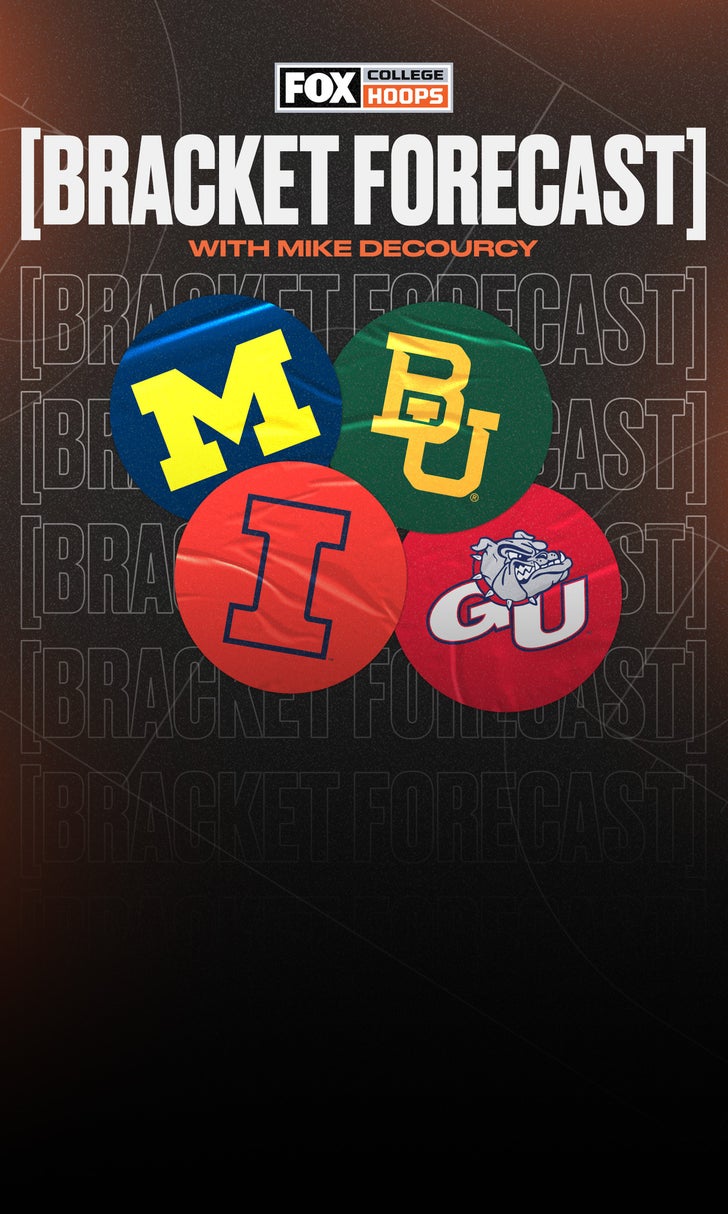 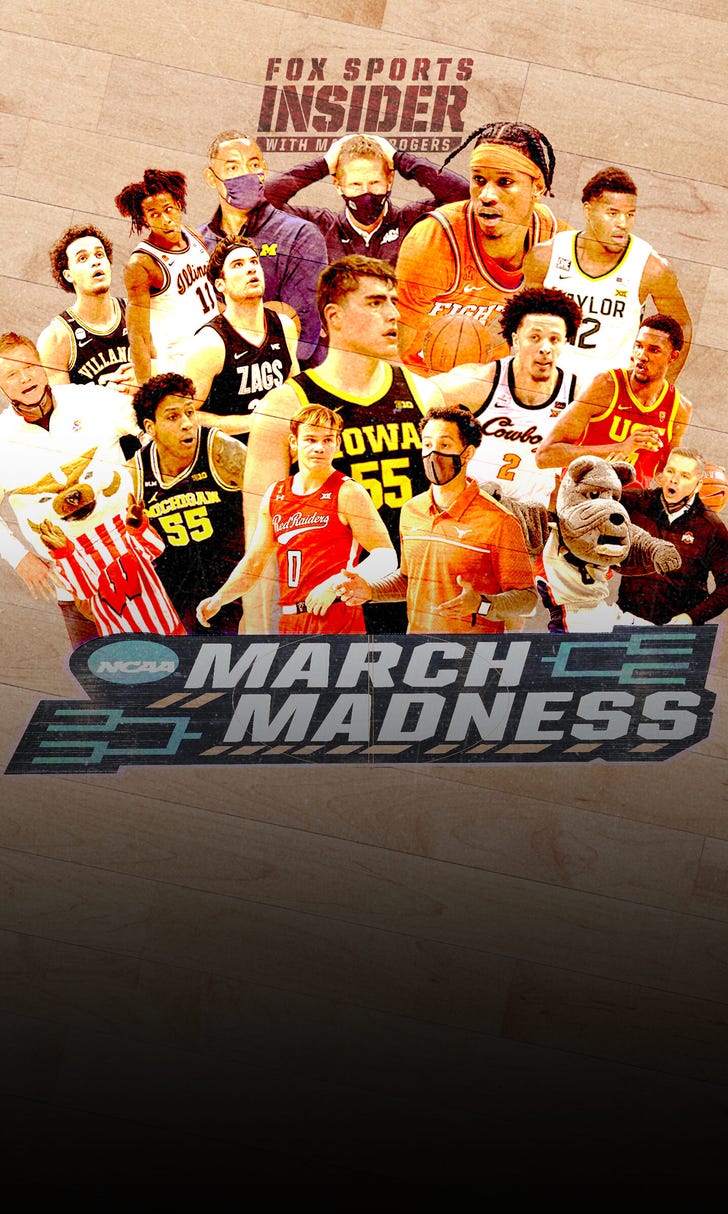 Let The Madness Begin
It’s time for college basketball fans to get ready for March Madness and all the great drama it brings, Martin Rogers writes.
2 days ago 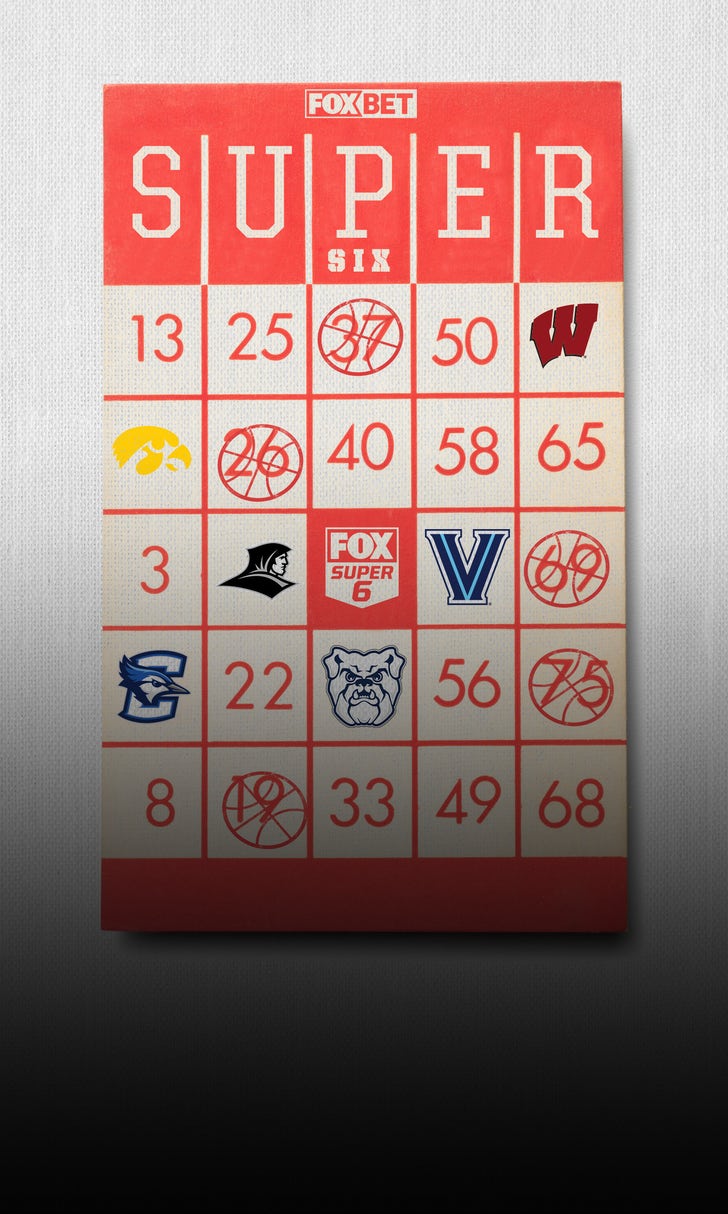 Win Big On Basketball This Weekend
Fans have three separate chances to win $1,000 on the final weekend of college basketball's regular season. Here's how.
2 days ago

Andy Katz Tiers: Final Four sleepers
Andy Katz says this year's NCAA Tournament field has a long list of potential Final Four sleepers. Consider your bracket warned.
4 days ago
those were the latest stories
Want to see more?
View All Stories
Fox Sports™ and © 2021 Fox Media LLC and Fox Sports Interactive Media, LLC. All rights reserved. Use of this website (including any and all parts and components) constitutes your acceptance of these Terms of Use and Updated Privacy Policy. Advertising Choices. Do Not Sell my Personal Info