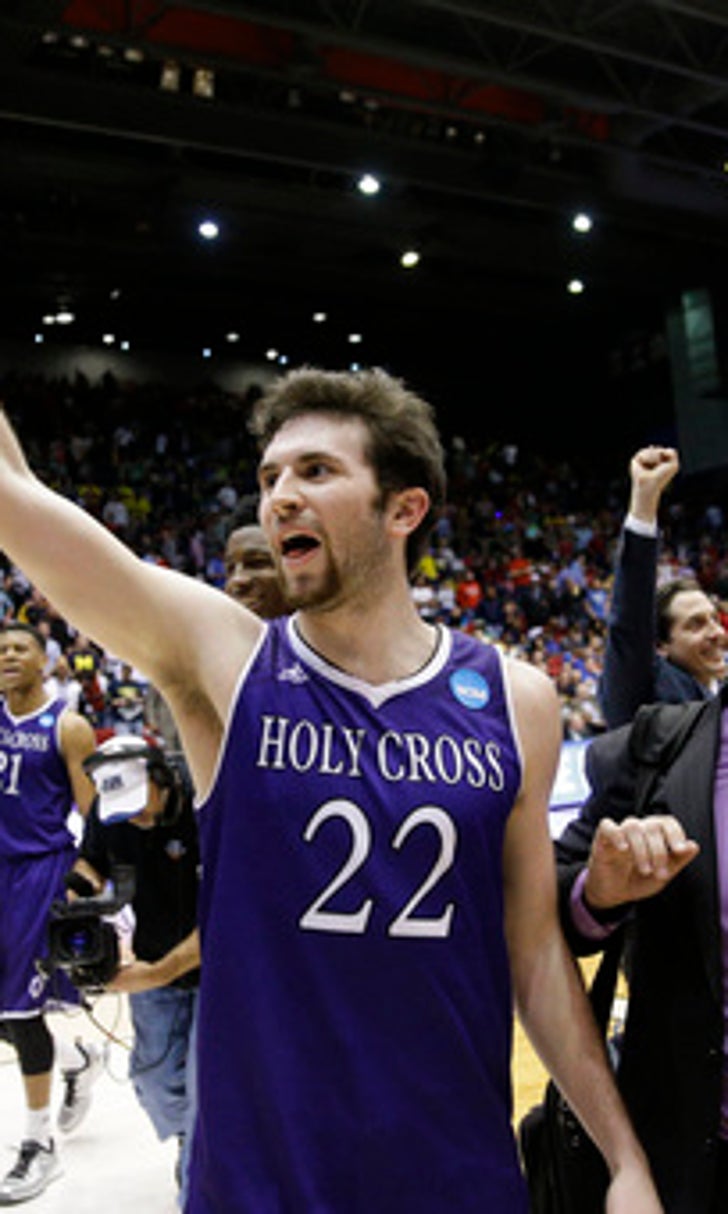 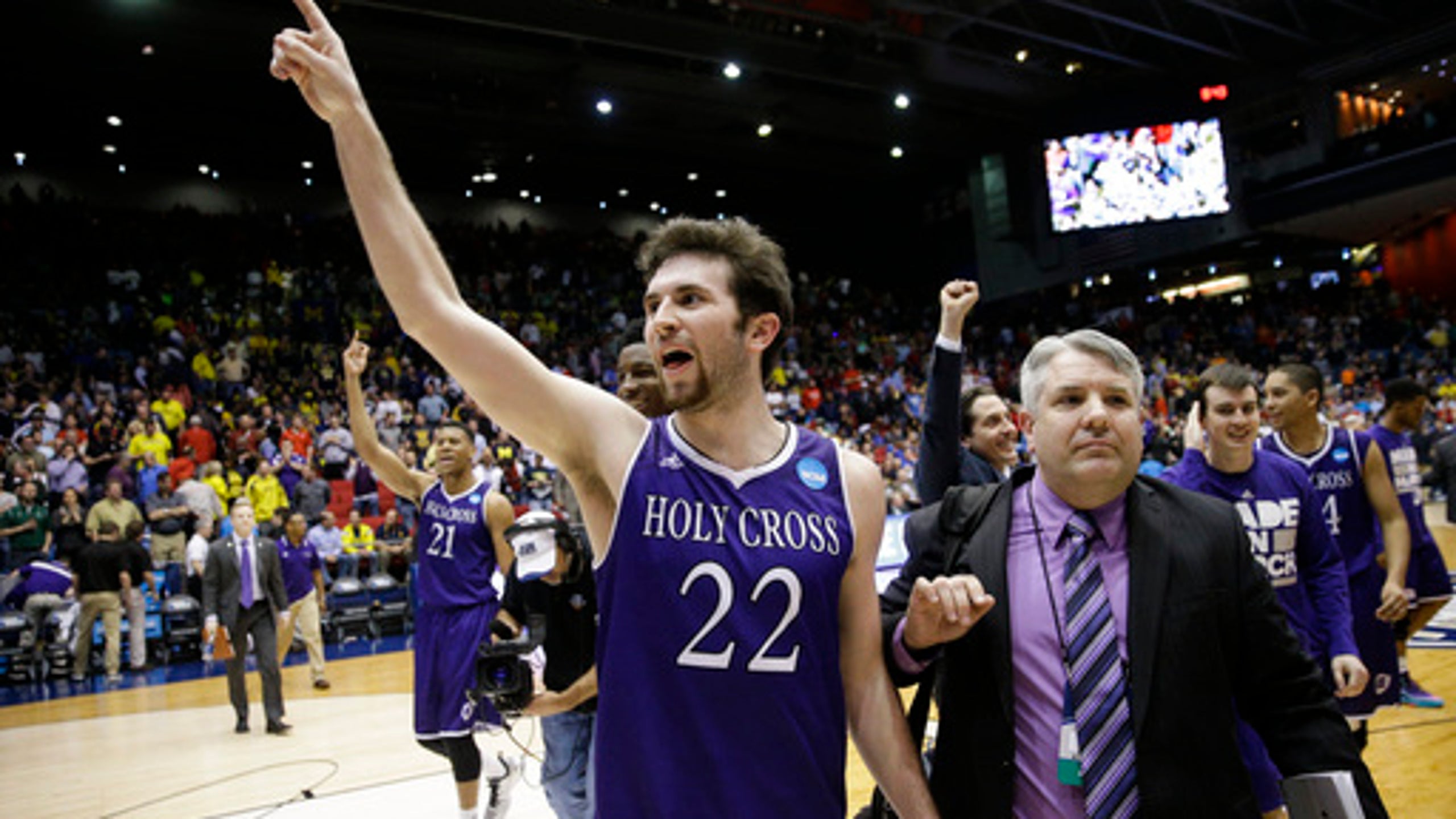 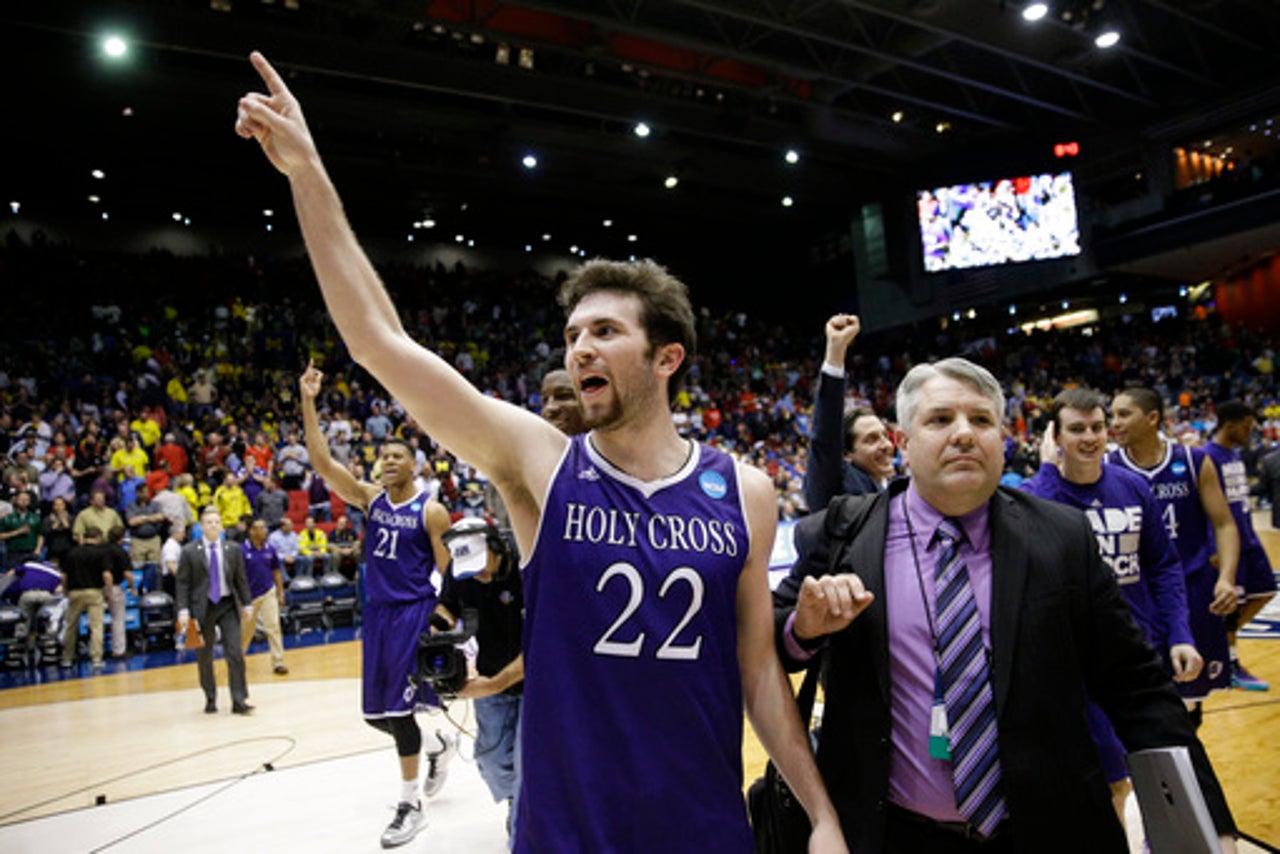 Champion, a junior guard, also made two key free throws with 14 seconds left to put the game away. He connected on as many 3s as the entire Southern team, which was 3 for 20 from beyond the arc in a sluggish, mistake-filled First Four game.

Holy Cross (15-19) was an unlikely NCAA participant, earning its automatic bid by winning four straight road games to take the Patriot League Tournament title. Now, the 16th-seeded Crusaders advance to play No. 1 seed Oregon in the West Regional on Friday in Spokane, Washington.

Holy Cross led by as many as 12 in the first half thanks to a smothering 1-3-1 zone defense that Southern struggled to solve, but a 9-0 run allowed the Jaguars to cut the lead to 27-22 at halftime.

Southern fought back in the second half and tied it with 1:24 left, but Champion hit his big 3 to put Holy Cross ahead to stay.

Southern (22-13), a historically black school in Baton Rouge, Louisiana, was ineligible for postseason play the past two years because of a problem with its academic reports to the NCAA. It earned an automatic bid when it beat Jackson State 54-53 in the championship game of the Southwestern Athletic Conference Tournament.

Anthony Thompson added 12 points for the Crusaders, and Karl Charles had eight.

Adrian Rodgers led Southern with 14 points, and Shawn Prudhomme had 10.

Holy Cross: The Crusaders were the 25th team since 1955 to get into the NCAA Tournament with a losing record, according to STATS. Hampton was 16-17 before beating Manhattan in a First Four game last year. ... The Crusaders have 12 previous NCAA Tournament appearances, the last one in 2007.

Southern: The Jaguars were in the tournament for the eighth time. The previous appearance was 2013.

Southern: Season is over.