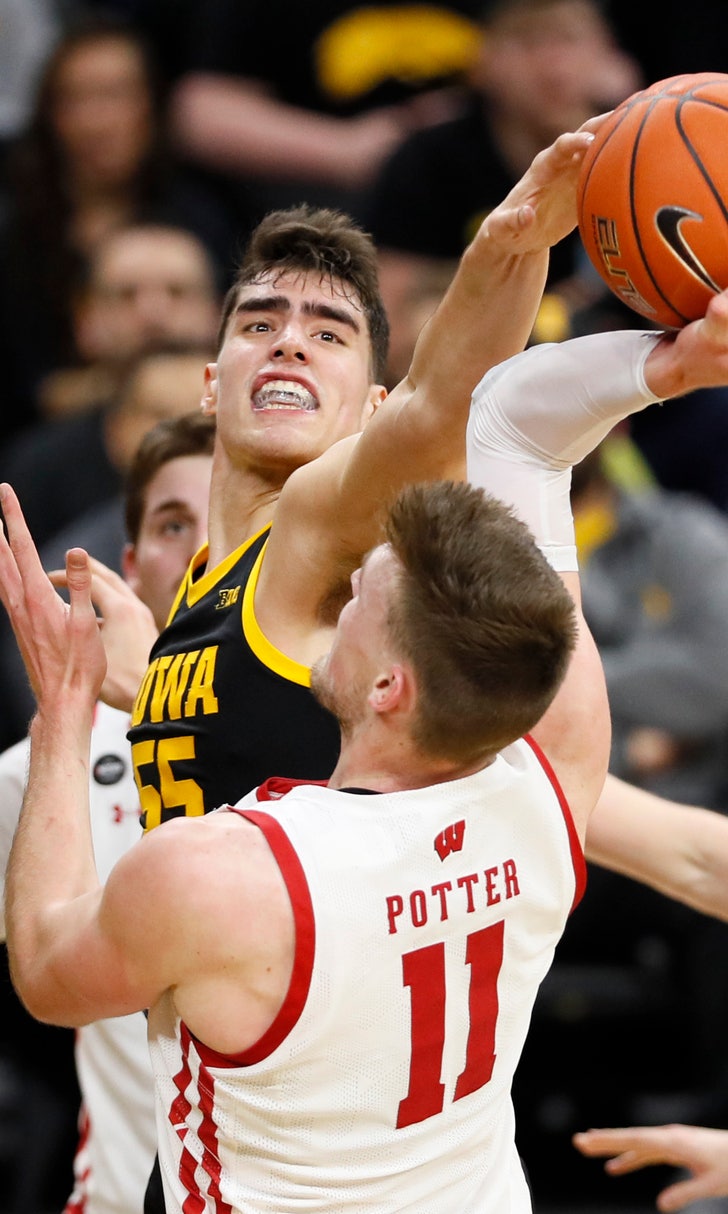 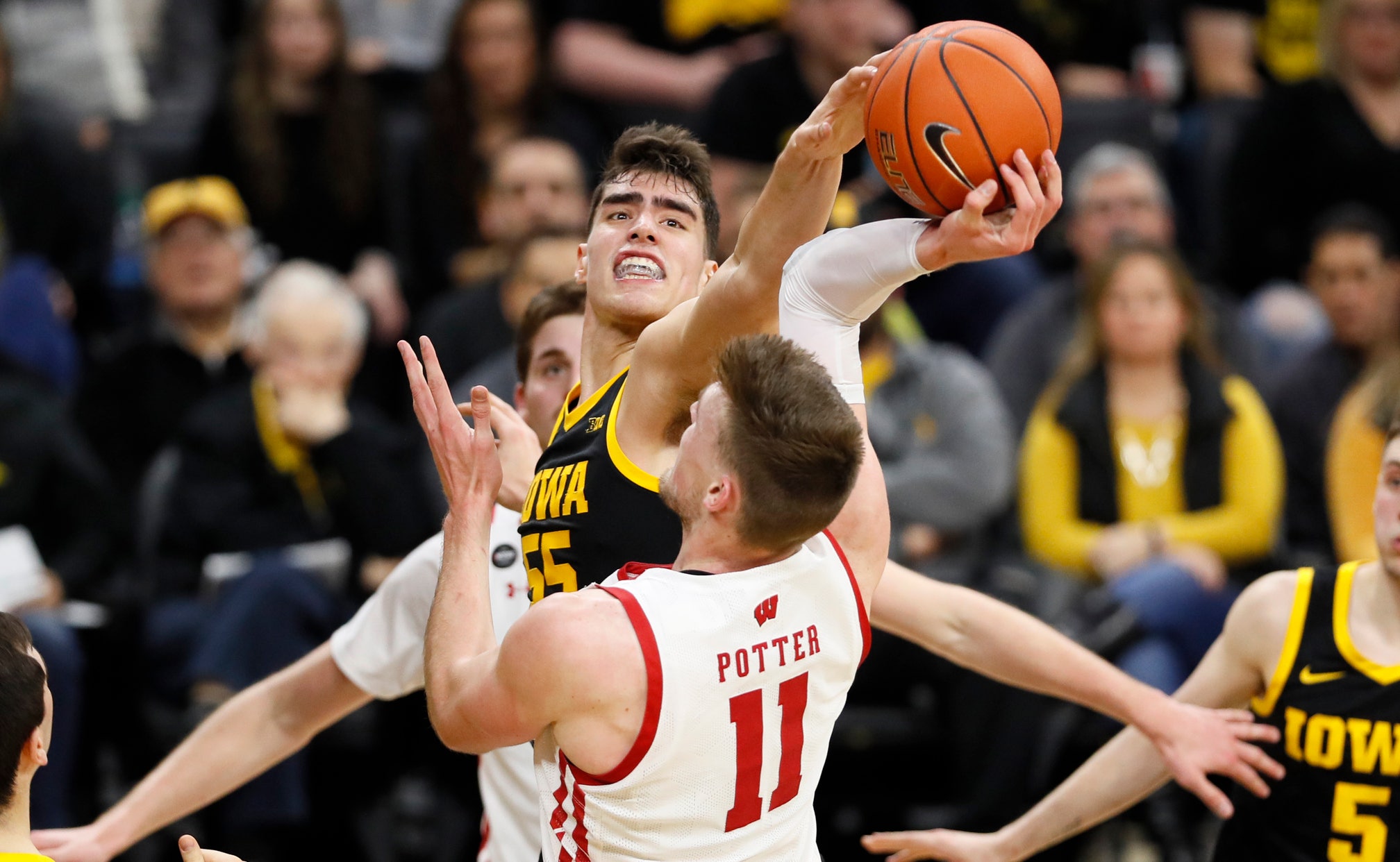 “We knew we weren’t going to lose this game,” center Luka Garza said. “We had to string together some stops, and we would be fine.”

They did just that in a 68-62 win over the Badgers on Monday night.

Garza had 21 points and 18 rebounds as the cold-shooting Hawkeyes rallied from a 12-point deficit.

“We were getting stops,” guard CJ Fredrick said. “And we were executing on the offensive end.”

The Badgers made just two of their last nine shots as Iowa ended the game on a 23-5 run.

“I think it was just toughness,” Garza said. “We were tough through their run, and we were able to come together and make a run of our own, which was huge.”

The Hawkeyes went 20 for 60 from the field, including 3 of 20 on 3-pointers. But they came up with big plays in the closing minutes, including Fredrick’s 3-pointer with 5:08 to go that cut Wisconsin’s lead to 57-54.

“The first thing was, you can’t panic,” Iowa coach Fran McCaffery said. “They hit some shots, we had some breakdowns. You have to keep executing, and you have to keep defending.

“Twenty-three to five to end the game is typically more of an indication of your defense than it is your offense.”

The game was tied at 30 at halftime, but the Badgers opened the second half on an 18-8 run and kept control until Iowa’s late burst.

“I thought we were too tentative against it and it got us out of rhythm offensively,” Wisconsin coach Greg Gard said.

It was the 12th double-double of the season for Garza, who leads the Big Ten in scoring.

“He’s a load,” Gard said. “He plays with a tremendous motor. That is a credit to him — he obviously put in a lot of time. He must be one heck of a worker because he has taken a huge jump from last year.”

Fredrick had 17 points for Iowa. Joe Wieskamp had 12 points and 10 rebounds, and Toussaint added 11 points.

Guard Kobe King, Wisconsin’s leading scorer, did not make the trip for personal reasons. King, who has started 19 games, is averaging 10 points per game.

“We’ll wait,” Gard said. “He’s back in Madison, dealing with a personal matter. There’s really no timeline on him.”

Wisconsin: The Badgers have lost three of their last four.

Iowa: The Hawkeyes, playing three games in seven days this week, needed to keep pace in the Big Ten standings. Iowa remained in a three-way tie for third in the conference, one game behind first-place Michigan State and Illinois.

The Hawkeyes moved up a spot in the AP Top 25 earlier Monday. They have games coming up this week against No. 15 Maryland and No. 19 Illinois.

Iowa plays at Maryland on Thursday.