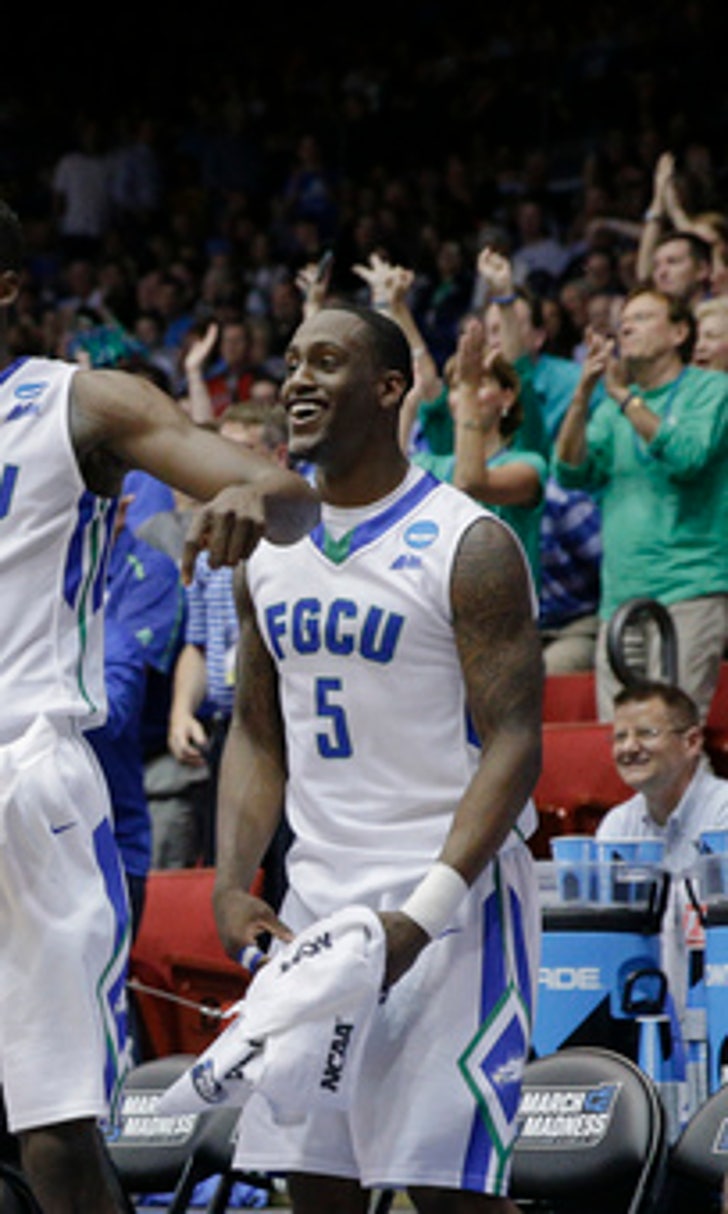 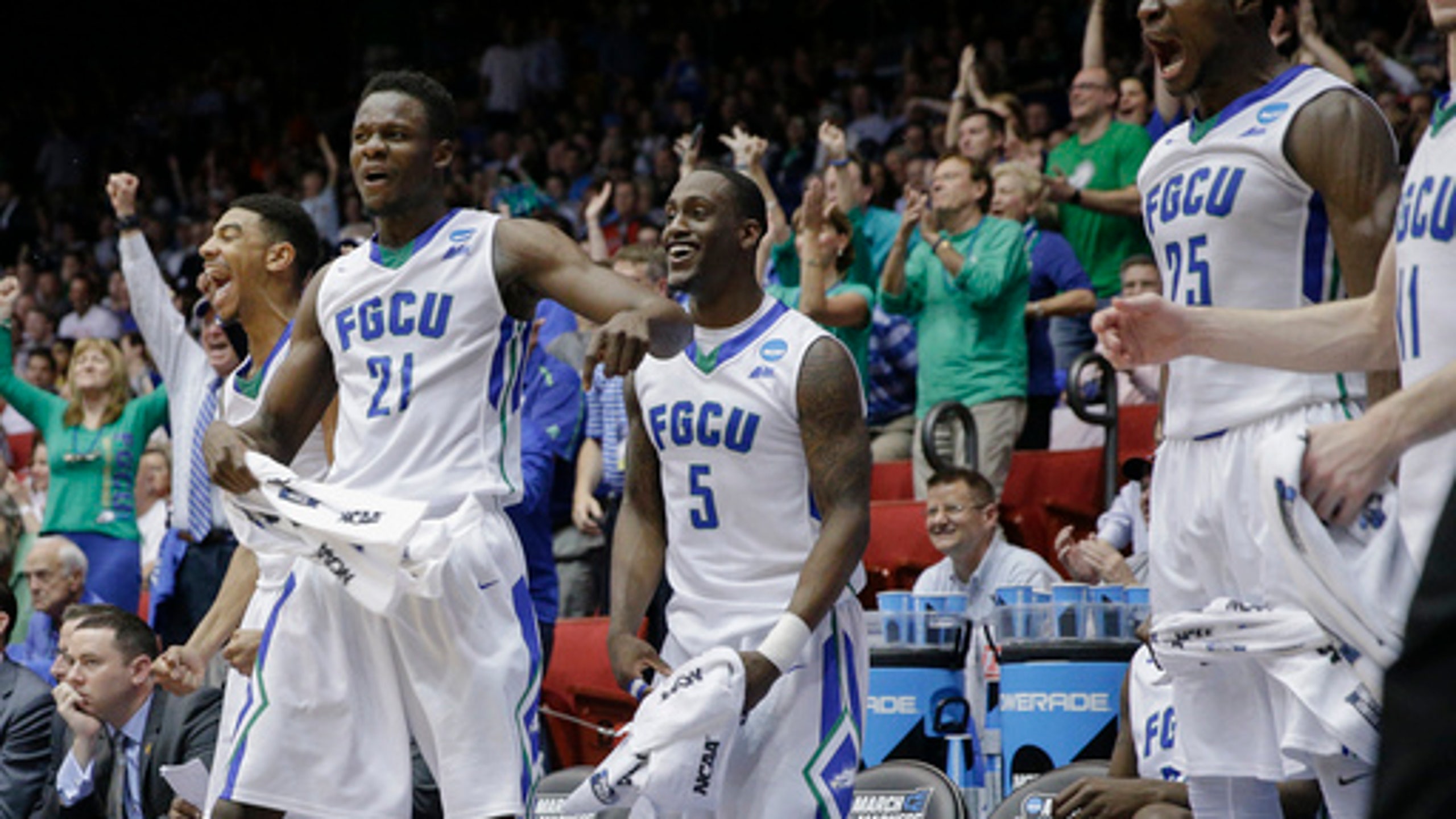 FGCU earns No. 16 seed with First Four win, will face No. 1 seed UNC 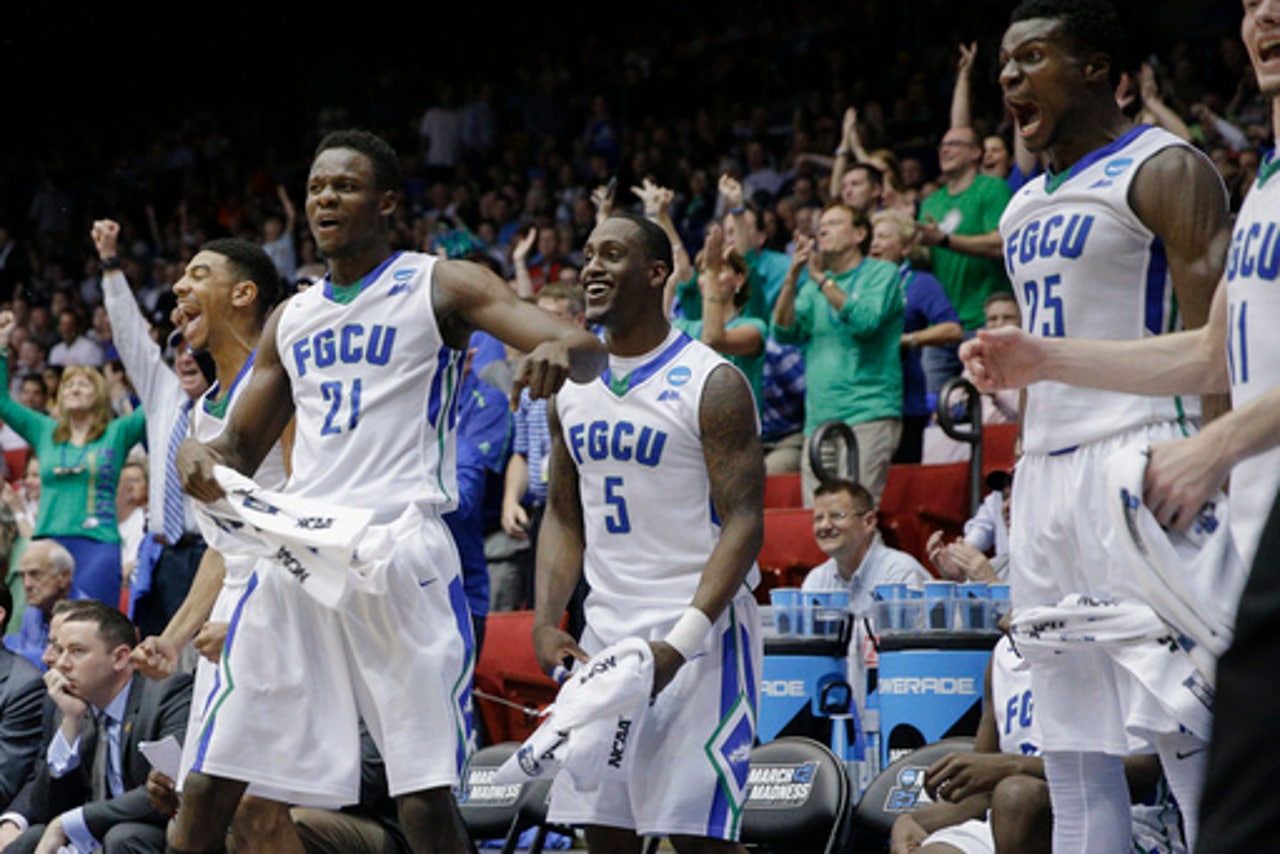 DAYTON, Ohio — Florida Gulf Coast showed once again that it can rise to the occasion in the NCAA Tournament.

It wasn't the same "Dunk City" gang that captured the nation's attention during an improbable Sweet 16 run in 2013, but the Eagles controlled the boards and blew past overmatched Fairleigh Dickinson 96-65 in a First Four game Tuesday night.

Fairleigh Dickinson got some looks but couldn't get much to fall, shooting just 33 percent from the field while playing thoroughly lackluster defense. It was one of the team's worst shooting performances of the season.

Florida Gulf Coast relied on outmuscling its opponent's big men inside and controlling the boards, while making 60 percent of its shots from the field.

"That's what got us here," Norelia said of the inside game. "Coach made the game plan and said we're going to do what we've been doing, and it worked for us."

Julian Debose and Christian Terrell both added 14 for Florida Gulf Coast, and Demetris Morant chipped in 10. After Norelia's opening slam, Brian Greene Jr. closed the scoring with a dunk for FGCU.

Norelia was 10 for 11 from the field while grabbing 10 rebounds. FGCU outrebounded the smaller, less-aggressive Fairleigh Dickinson squad 52-33.

The 19 points at halftime was the lowest offensive output of any half for Fairleigh Dickinson.

Florida Gulf Coast will need some more magic as it takes on top-seeded North Carolina on Thursday.

"We're just going to stay confident and believe in ourselves and give it our best effort," Norelia said. "Anything can happen."

The Eagles already proved that three years ago.

Florida Gulf Coast: The Eagles could have had a bigger lead at halftime, but shot 6 for 17 on free throws in the first 20 minutes.

Fairleigh Dickinson: Darian Anderson, who led the Knights in scoring this season, scored 11 points and fouled out with 7:21 left in the game.

The game was delayed by officials twice in the opening seconds because officials couldn't get the game clock running properly.

Florida Gulf Coast: The Eagles improved to 3-1 in the NCAA Tournament.

Fairleigh Dickinson: The Knights fall to 0-5 in the tournament, dating back to 1985.

Fairleigh Dickinson Knights
share story
those were the latest stories
Want to see more?
View All Stories
Fox Sports™ and © 2021 Fox Media LLC and Fox Sports Interactive Media, LLC. All rights reserved. Use of this website (including any and all parts and components) constitutes your acceptance of these Terms of Use and Updated Privacy Policy. Advertising Choices. Do Not Sell my Personal Info