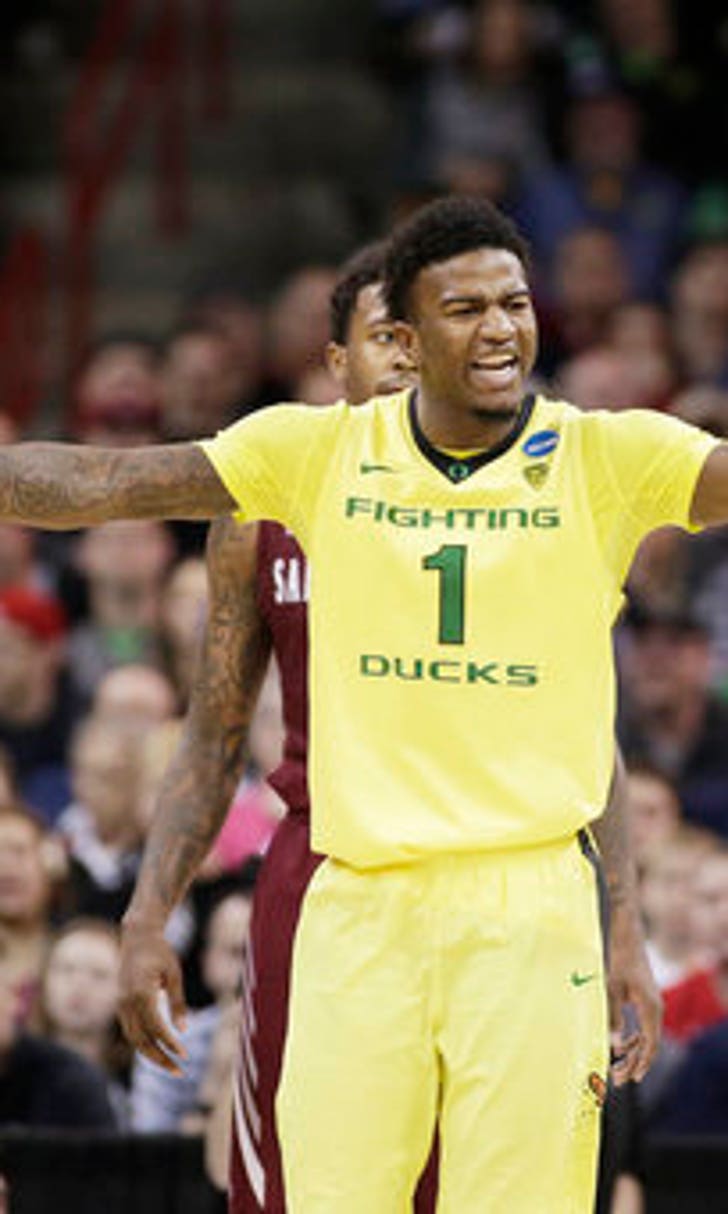 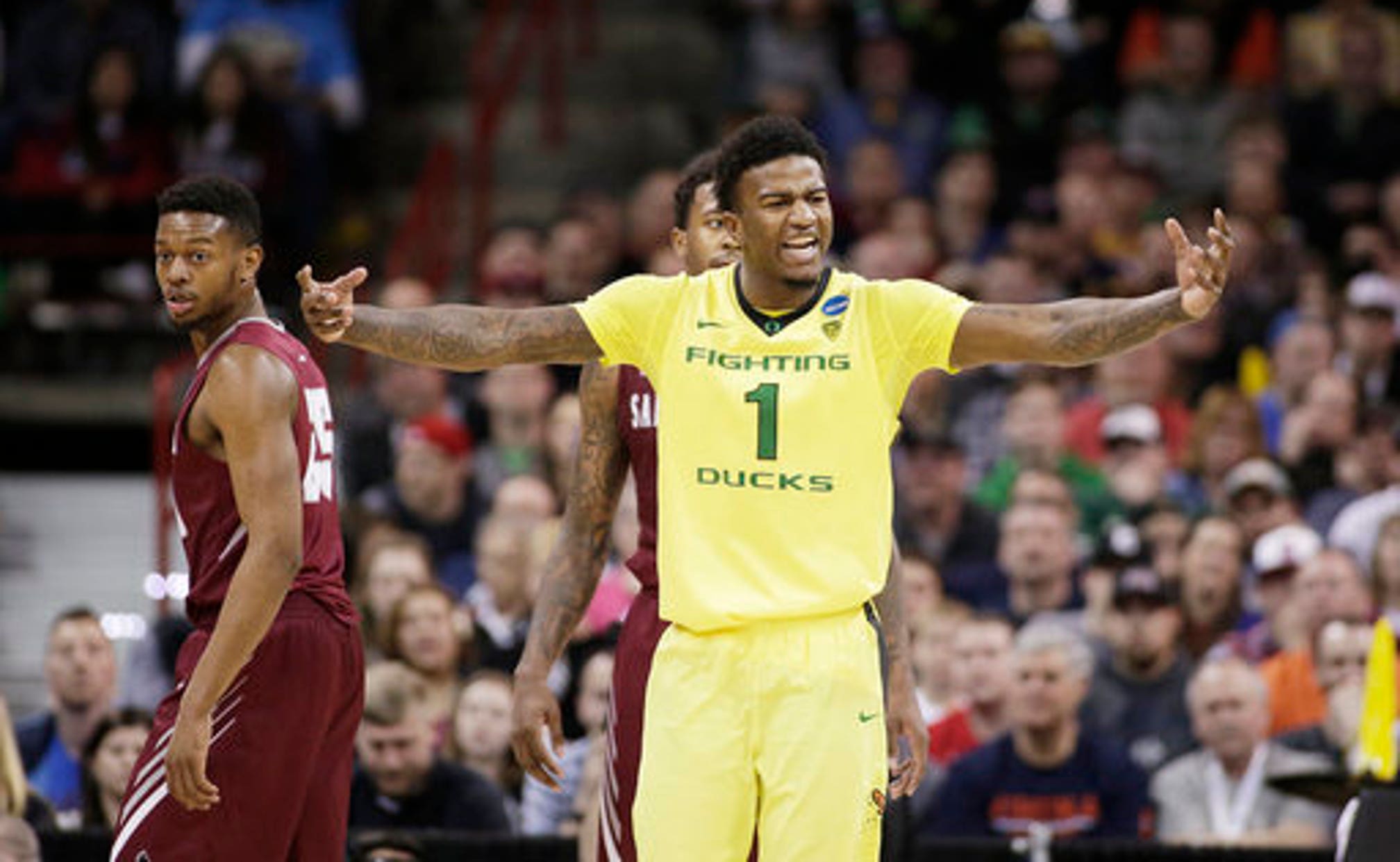 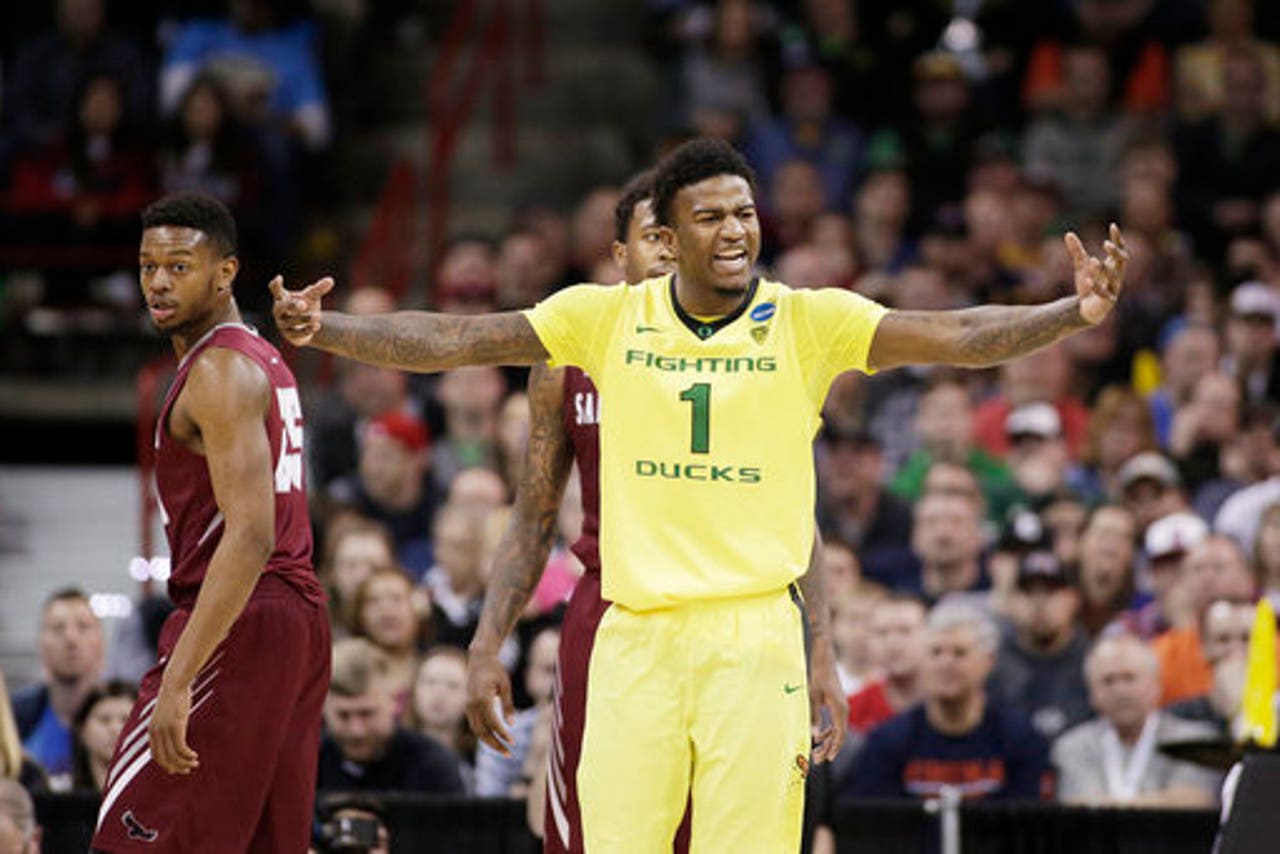 SPOKANE, Wash. -- Dillon Brooks refused to let top-seed Oregon and the Pac-12 Conference be eliminated on the first weekend of the NCAA Tournament, scoring 25 points and leading the Ducks to 69-64 win over No. 8 seed Saint Joseph's in the second round of the West Regional on Sunday night.

Oregon (29-6) was carrying the banner for the rest of the Pac-12 after the conference posted a collective dud on the opening weekend. Five teams were sent home in the first round and Utah was routed by 11th-seeded Gonzaga in the round of 32, leaving the Ducks as the lone conference representative.

And they were tested by the Hawks, rallying from down 58-51 in the final five minutes to advance to the Sweet 16 for the first time since 2013. Brooks started the rally with a driving three-point play and put Oregon in front for good on a 3-pointer with 1:19 remaining.

Despite seeing their lead evaporate in the closing minutes, the Hawks had chances in the final minute but had two terrible offensive possessions. First came a shot clock violation with 49 seconds left, followed by Bembry losing control of the ball trying to get open for a potential tying 3-pointer with 10 seconds remaining after Oregon's Casey Benson split a pair of free throws.

Tyler Dorsey was fouled in the ensuing dogpile and made two free throws with 9.8 seconds for the final margin.

While Brooks was the star for the Ducks, Dorsey was in a key supporting role. The freshman scored five straight points late, first following Elgin Cook's miss then hitting an open 3-pointer that gave Oregon a 61-60 lead with 1:53 remaining. Dorsey finished with 14 points and along with Brooks were the only two Oregon players to hit 3-pointers.

Lamarr Kimble added 11 points off the bench for SJU after combining to score 11 points in the previous three games. He was the catalyst for a 23-6 run that erased a 10-point Oregon lead and gave the Hawks a 58-51 advantage with 5:30 left after he scored.

But a combination of foul trouble and Oregon's defense shut down St. Joe's Aaron Brown and Isaiah Miles. Brown finished with 10 points and Miles was held to eight points, the first time all season he failed to score in double figures. Miles had the game-winning 3-pointer in the Hawks' dramatic first-round win over Cincinnati.

Saint Joseph's: The Hawks last reached the Sweet 16 in 2004 when they made the regional final. ... Bembry, a junior, added 12 rebounds in what may be his final college game if he opts to jump to the NBA.

Oregon: The Ducks matched a school record with its 30th victory. ... Cook, Dorsey and Brooks combined to score 35 of Oregon's 37 points in the second half.

Oregon: Will face No. 4 seed Duke in the regional semifinals on Thursday.