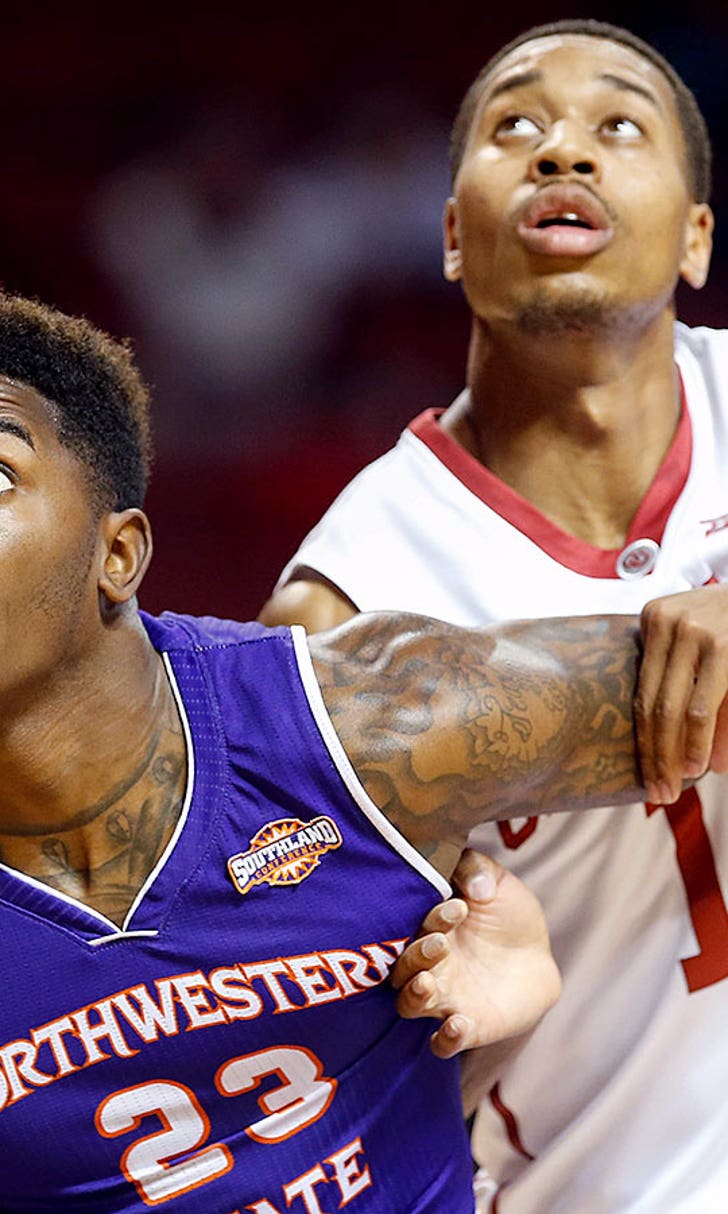 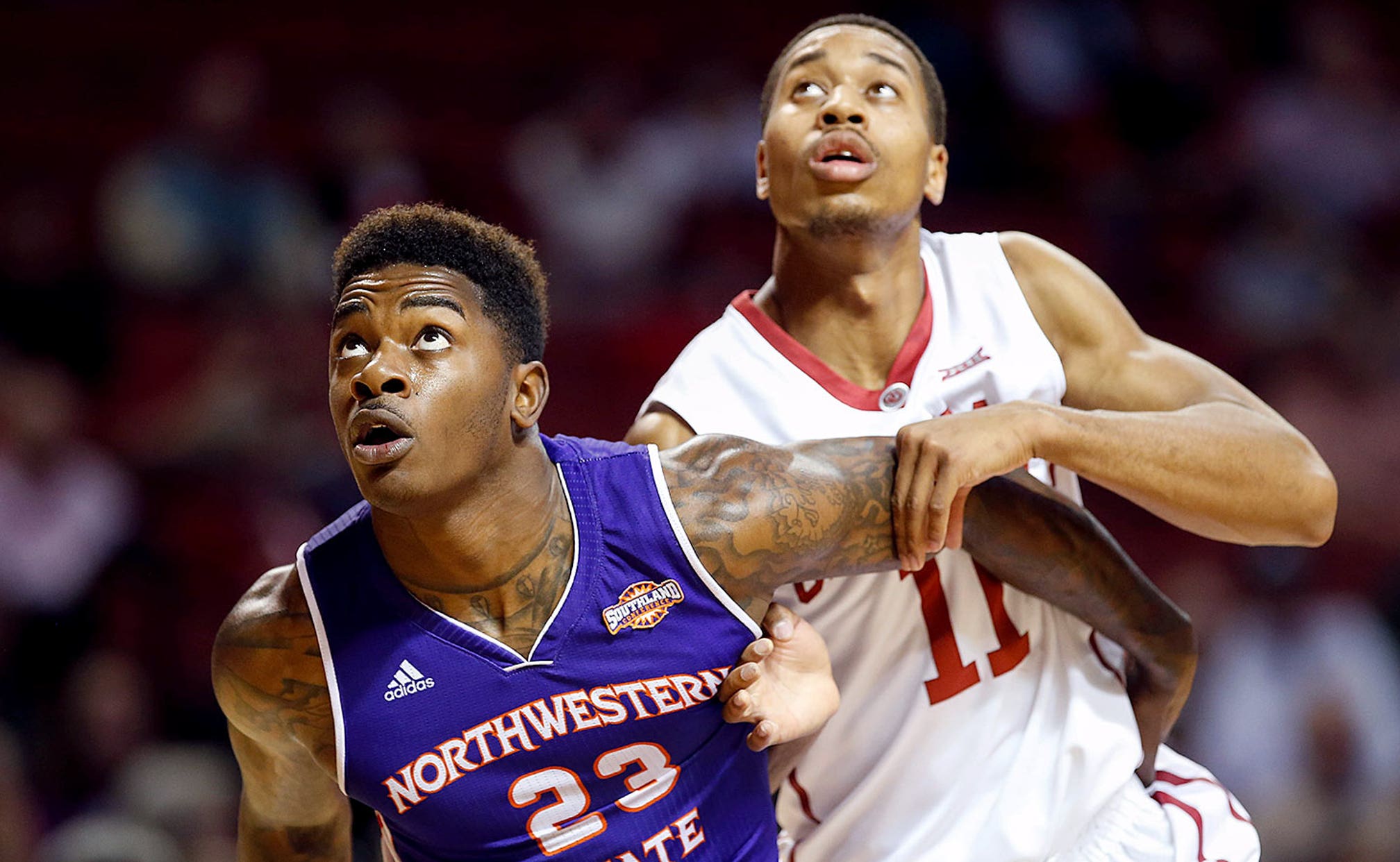 Cousins scores 20 as No. 18 Oklahoma gets bounce-back win 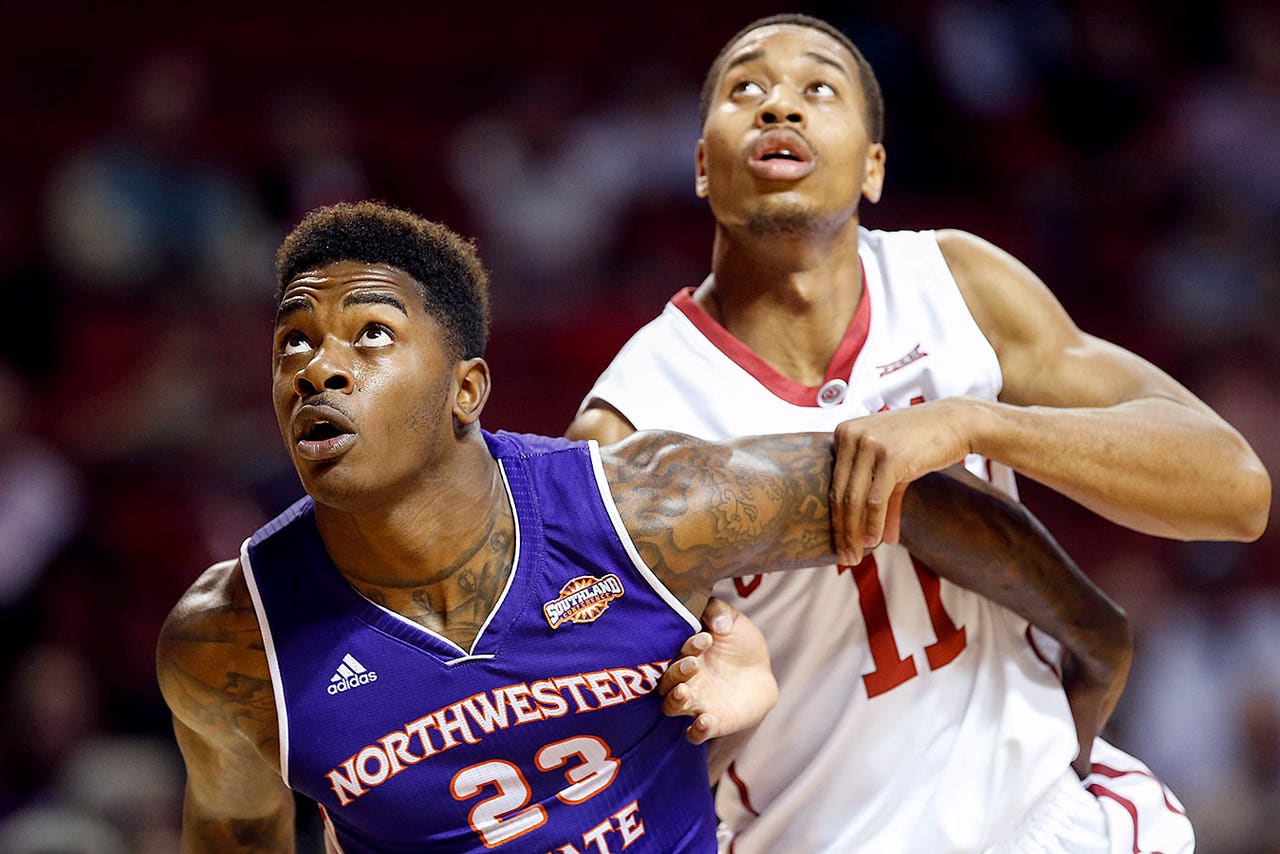 After a subpar shooting effort in a loss at Creighton, Oklahoma's Isaiah Cousins wanted to quickly move into attack mode Sunday against Northwestern State.

He did just that, scoring 15 of his 20 points in the first half as No. 18 Oklahoma (2-1) rolled to a 90-68 win in the Sooners' final preparation game before heading to Nassau, Bahamas, to play in the Battle 4 Atlantis, where they'll matchup with UCLA on Wednesday.

"I was taking shots off the mistakes the defense was making," said Cousins, who scored just six points in the 65-63 loss at Creighton last week. "My teammates were passing the ball real well today. They would just drive and kick and I just felt comfortable shooting that jump shot."

Cousins, who went 8 of 12 from the field, tied his career high for made 3-pointers by finishing 4 of 5 from behind the arc. His hot hand was a big reason Oklahoma guard Jordan Woodard nearly recorded a double-double, finishing with nine assists and 13 points.

"Different guys are going to lead the scoring on different nights," Kruger said. "Isaiah got us off to a really good start tonight and did a good job. ... I thought Jordan's aggressiveness tonight was the best to this point. It really made a difference and kept pressure on the defense."

Zeek Woodley led Northwestern State (2-1) with 26 points. The Demons crashed the boards and played scrappy defense, taking advantage of Oklahoma's early sluggishness. Northwestern State was within 16-15 after Woodley went 1-of-2 from the free-throw line with 10:50 left in the first half.

A 3-pointer by Walker started the Sooners' game-deciding run, as they outscored Northwestern State 34-15 during the rest of the half.

The Demons' 13-2 second-half spurt, capped by a 3-pointer by Marvin Frazier, put them within 73-61 with 9:04 left. But Walker and Frank Booker answered with 3-pointers for Oklahoma.

"We competed," Northwestern State coach Mike McConathy said. "We did a great job in some areas. We rebounded for a long time with them and competed hard. Right now, we're kind of struggling with our identity and getting flow offensively.

"But (Oklahoma has) got an excellent team. They're as good a team in transition as I can remember."

Northwestern State: The Demons started their road trip Thursday with a 10-0 run in the final 2:19 to escape with an 89-79 win over first-year NAIA Division I program LSU-Alexandria. Northwestern State's home gym was booked by volleyball teams preparing for the Southland Conference tournament, so McConathy -- who thought his team needed an extra tuneup game -- paid LSU-Alexandria $4,000 to host.

Oklahoma: The Sooners' last win over Northwestern State in November 2012 was career No. 500 for Kruger. The 69-65 nail-biter was the closest result in the three times the teams have played this decade. Oklahoma leads the series 5-0.

Spangler worked on his shooting range in the offseason after going 3-of-11 from 3-point range last season. It's paid off so far, as he hit his only attempt from behind the arc Sunday and is 4-for-5 this season. . Northwestern State guard Jalen West was the only Division I player last season to average at least 19 points, 6 assists, 4 rebounds and 2.5 steals per game. The Sooners held him to 5 points on 2-of-13 shooting. West needs 19 points to reach the career 1,000-point mark.

A day after setting the Football Bowl Subdivision single-game rushing record with 427 in Oklahoma's 44-7 win over Kansas, freshman tailback Samaje Perine was at the Lloyd Noble Center on Sunday and received a standing ovation when he was recognized on the arena's video board.